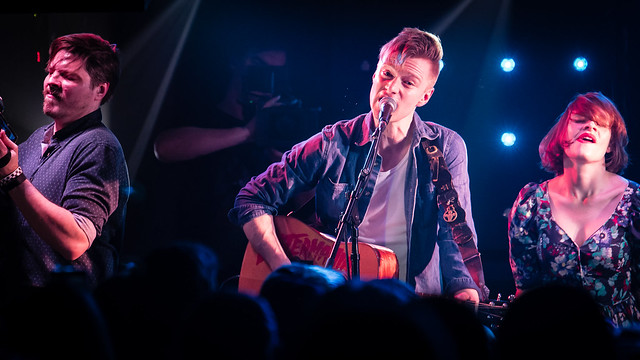 Skinny Lister, a British folk ensemble that leans heavily on punk, proved to be a great party band at Rock and Roll Hotel on Tuesday.

Formed in London in 2009, Skinny Lister stampeded through DC this week in the wake of The Devil, The Heart & The Fight, their third studio album, which received a special edition treatment via Xtra Mile Recordings last fall. The packed hall gave Skinny Lister a rowdy welcome indeed.

Listen to Skinny Lister’s new album, The Devil, The Heart, & The Fight, on Spotify:

You can catch the band on the last stop of its US tour in Richmond, Virginia, on April 28 before they head back to Europe for several dates there in late Spring and Summer. Check the band’s website at http://www.skinnylister.com for updates.

Here are some pictures of Skinny Lister performing at the Rock and Roll Hotel on March 13, 2018. All photos copyright and courtesy of Ari Strauss. 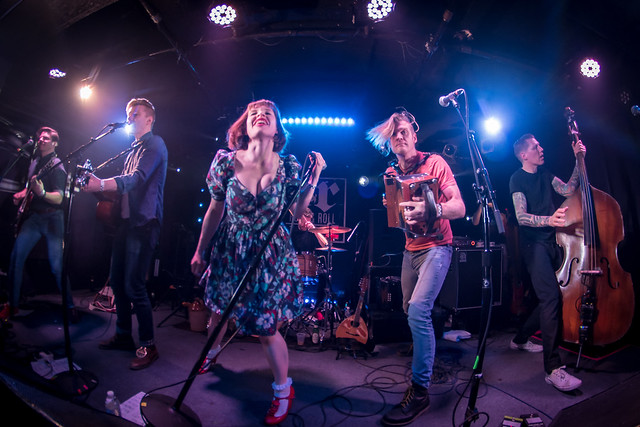 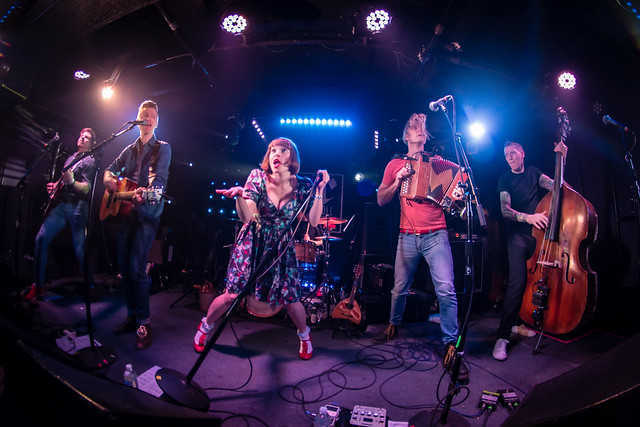 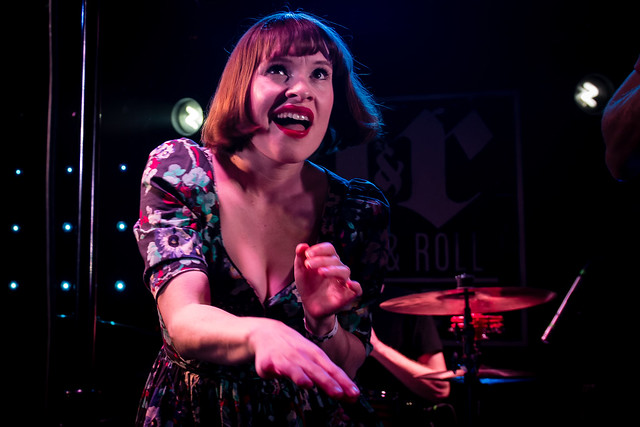 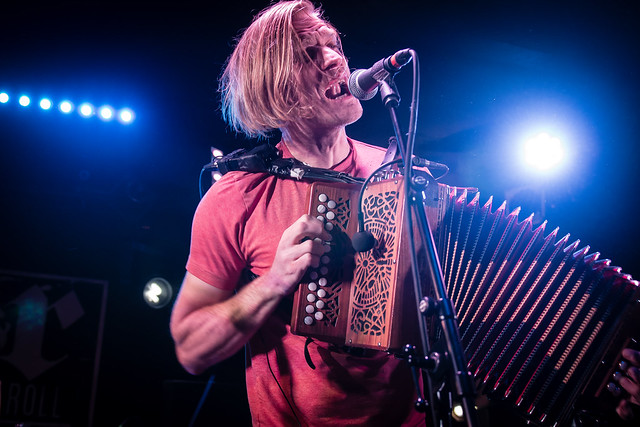 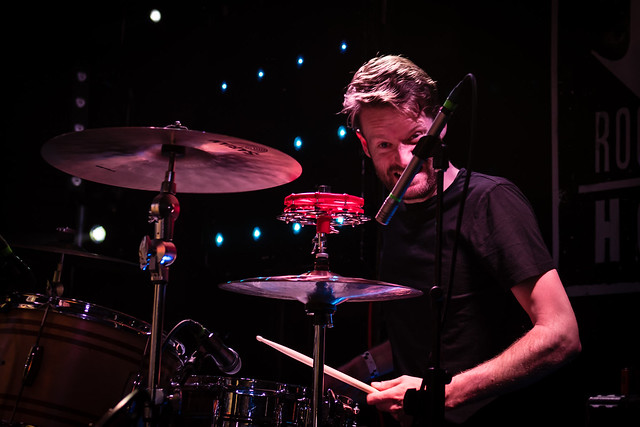 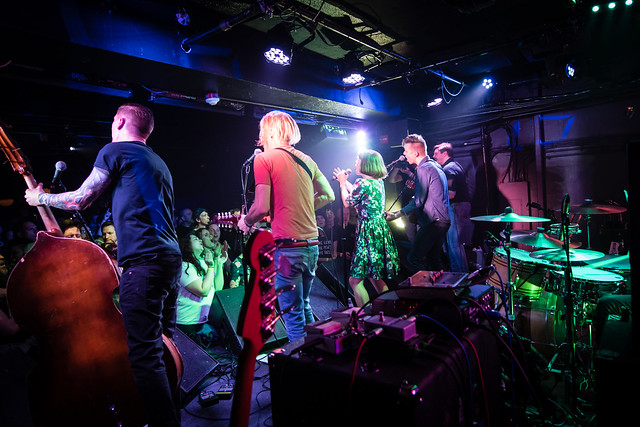 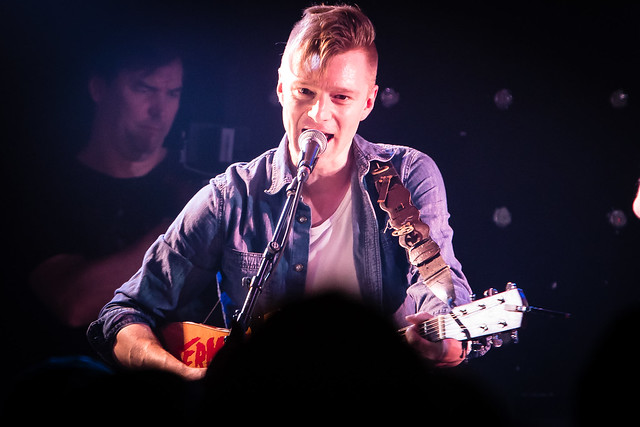 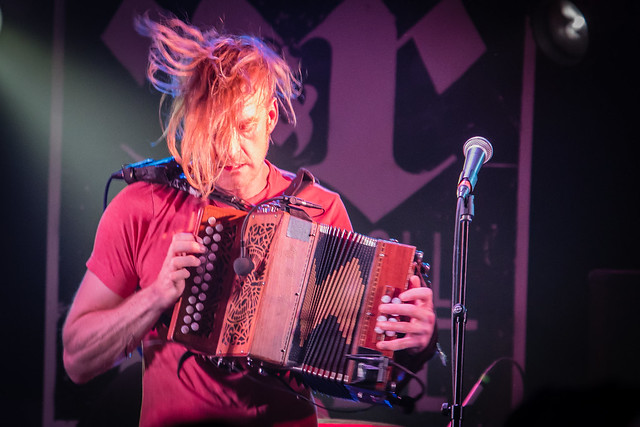 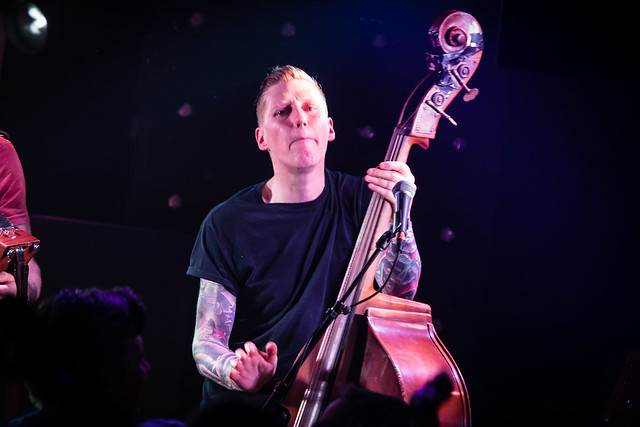 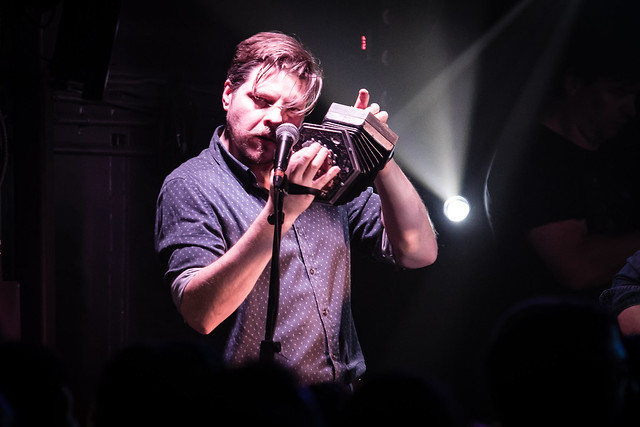