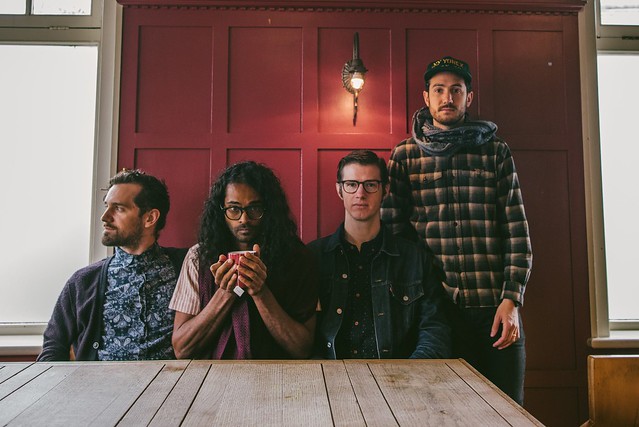 On the new record, Darlingside look to the future to mourn “the loss of the world” but with an optimistic streak of hope. As always, Don Mitchell, Auyon Mukharji, Harris Paseltiner, and David Senft craft “exquisitely-arranged, literary-minded, baroque folk-pop,” according to NPR Music.

Watch the official music video for “Best of the Best of Times” by Darlingside on YouTube:

In a review for the Wall Street Journal, Jim Fusilli praised the new album: “[O]n its gutsy, independent path, Darlingside retains a fondness for rounded tones, harmonic motion and unison doubling, and the quartet supports its vocalizing with a mix of acoustic instruments that can span classical and folk music.”

“If you’re hard on the lookout for the next band you’re going to fall for, your search can end with Darlingside,” says American Songwriter.

Discover Darlingside for yourself! Buy your tickets online.