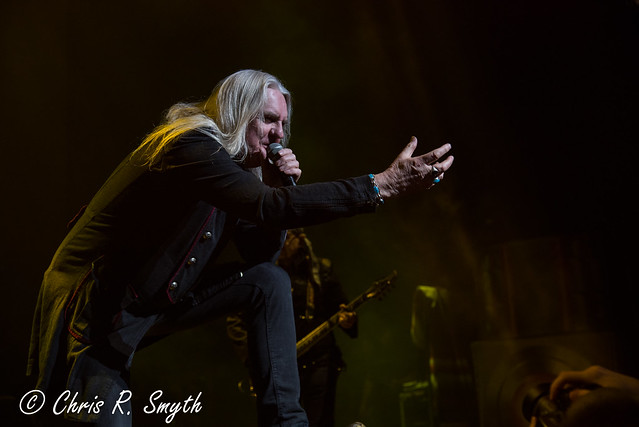 Biff Byford fronts Saxon at The Anthem on March 18, 2018. (Photo by Chris Smyth)

Opening for their New Wave of British Heavy Metal brethren, Judas Priest, Saxon brought the speed and fury everyone in attendance wanted at The Anthem on Sunday. (See Parklife DC’s pictures of Judas Priest!)

The sold-out crowd was near capacity by the time Saxon hit the stage. After their 40 years as a band, Saxon still played with the energy of a group many decades their junior, and somehow, despite 40 years of singing and screaming, lead singer Biff Byford’s voice sounded as good as ever.

Starting with the monstrous single, “Thunderbolt,” off their new album of the same name, Saxon set the tone right from the start. Playing a thunderous 45-minute set, Saxon ripped through songs old and new. “Princess of the Night,” a hit from back in 1981, had the crowd singing along. And new song “They Played Rock and Roll” held a special moment when Biff let the crowd know that the song was written for their friends in Motorhead, and specifically Lemmy.

For the final two songs, Biff made some fans’ nights as he called for audience members to pass their jackets to the stage. After receiving a few, Biff proceeded to put one on and and perform their signature hit song, “Denim and Leather.” Then in their final song of the night, “Heavy Metal Thunder,” Biff took a moment during the guitar solo to sign each of the jackets before passing them back to their owners. It was a unique moment, and a fun way to thank the fans for their decades of support.

Saxon will continue as the featured opener for Judas Priest on their North American Tour through May 1. They are also playing a few select dates headlining shows with Black Stone Riders.

Here are some photos of Saxon performing at The Anthem on March 18, 2018. All photos are copyright and courtesy of Chris Smyth. 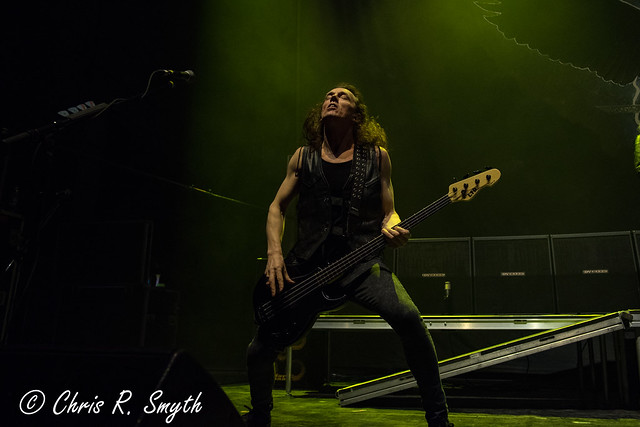 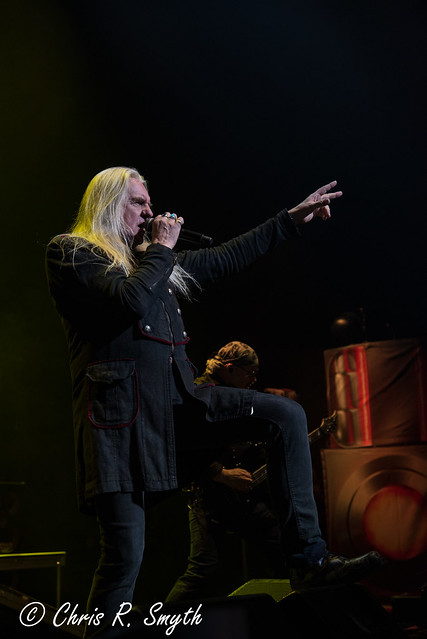 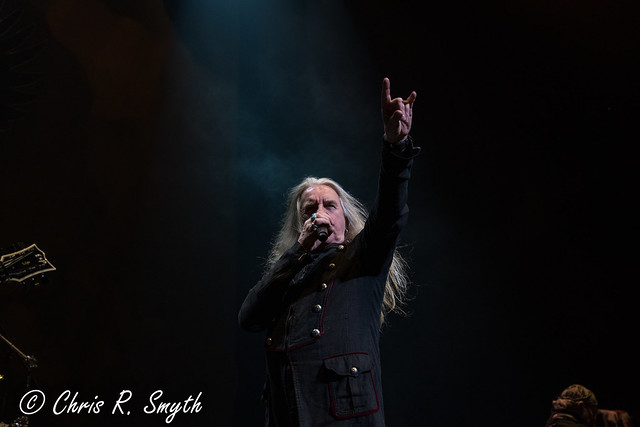 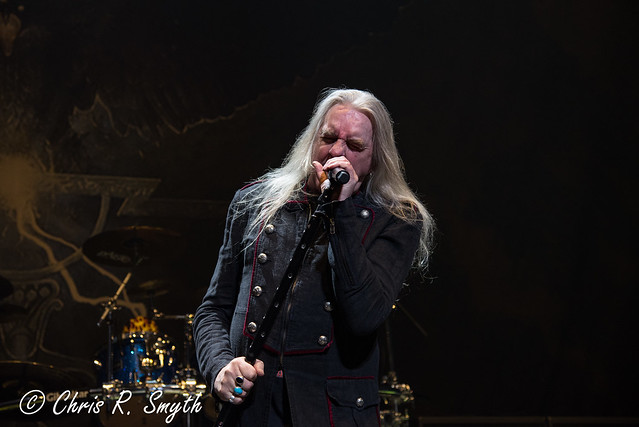 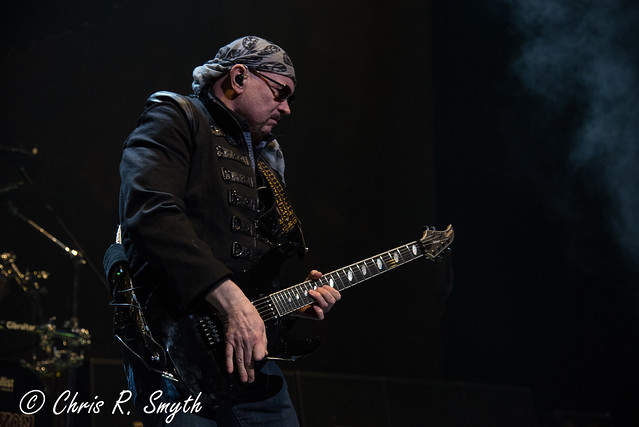 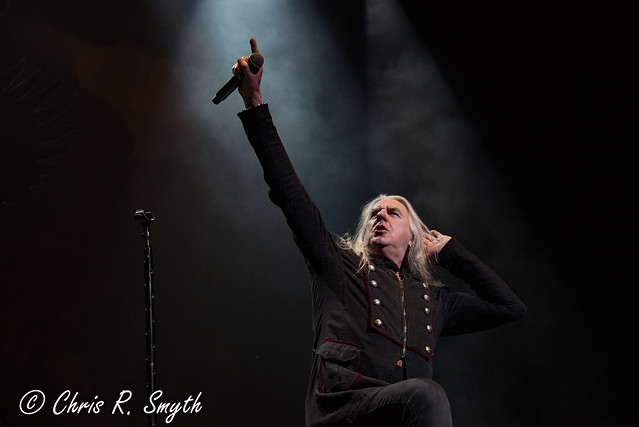 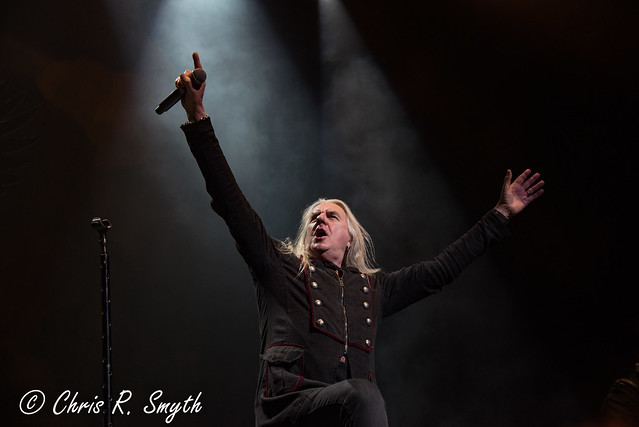 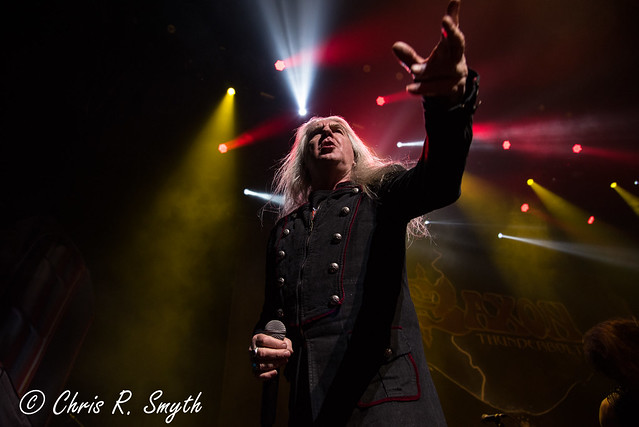 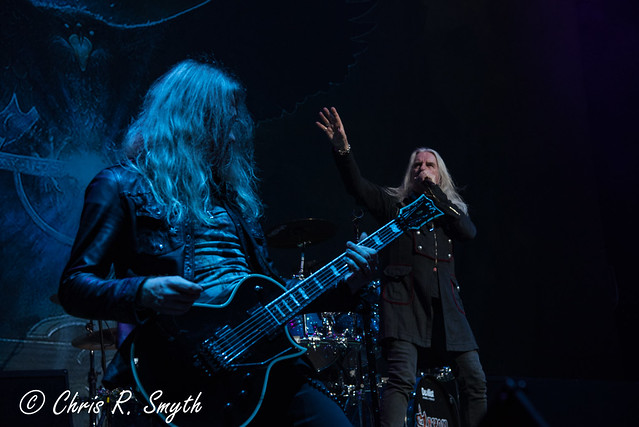 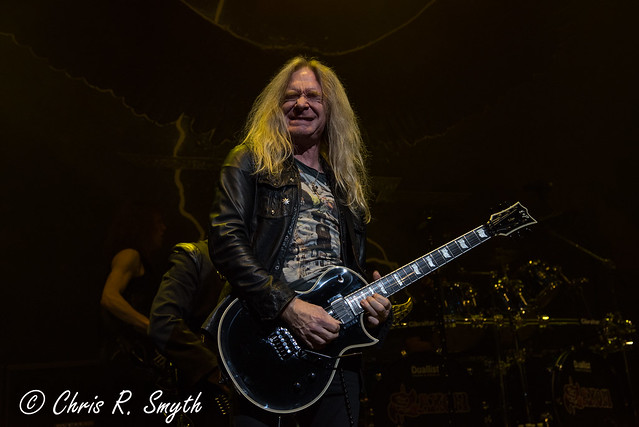 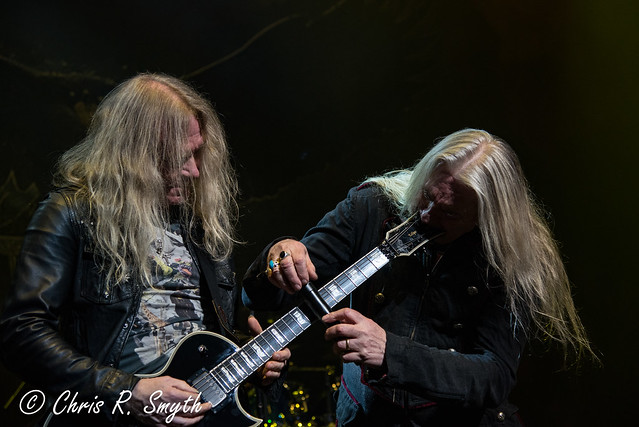 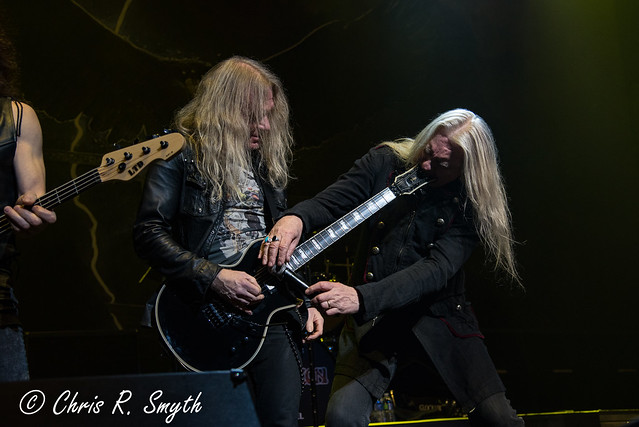 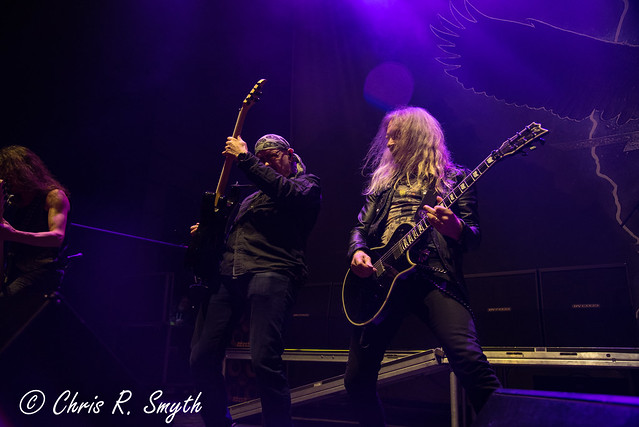 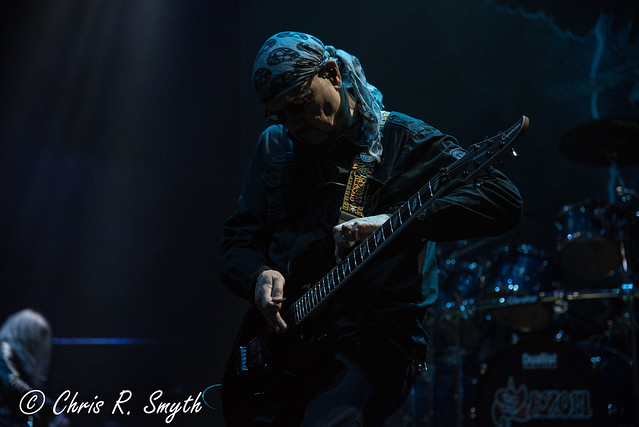 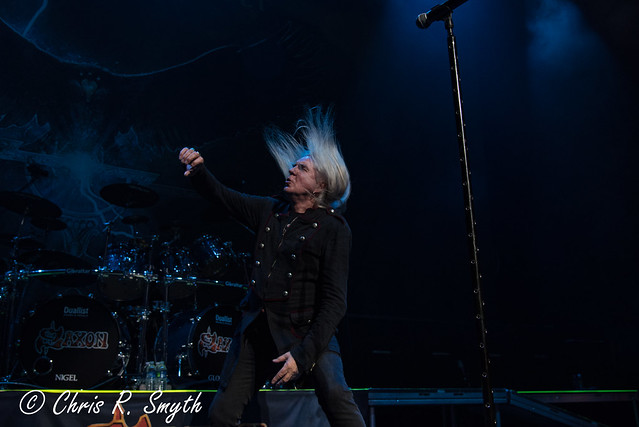