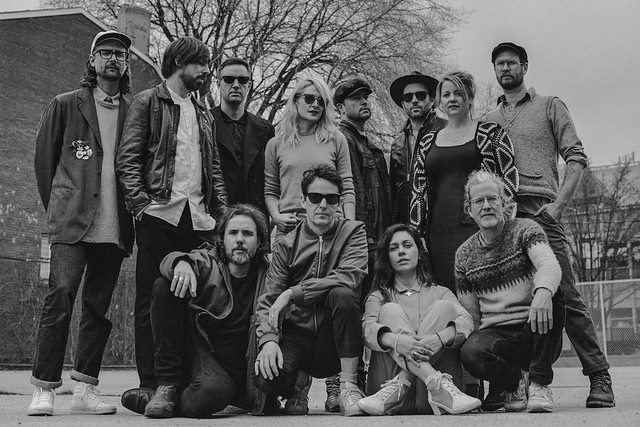 Broken Social Scene toured through DC after the release of Hug of Thunder, the triumphant return by Kevin Drew, Brendan Canning, and company, in 2017. The chamber pop darlings return for a second leg of the tour with a date at Ram’s Head Live in Baltimore on Friday, April 6.

Pitchfork hailed the new album at the time, saying, “On their first album in seven years, Broken Social Scene distill their sound to a vital essence. The band is focused and renewed, invigorated by the missionary spirit of their best work.”

Hug of Thunder, produced by Joe Chiccarelli with Nyles Spencer and mixed by Shawn Everett, is full of open chords, harmonies, psychedelic breakdowns, and more. Hear for yourself! Watch the official music video for “Vanity Pail Kids” by Broken Social Scene on YouTube:

“They’re still making songs that sound vast and cacophonous, tracks that are built to flood the brain with serotonin,” Noisey said of Broken Social Scene.

We agreed! After seeing the band at 9:30 Club in September 2017, Parklife DC’s Theresa Sanchez said, “Nothing about this melodic outfit is ‘broken’ and after witnessing their well-executed, lengthy performance, intertwined with honest in-between-song oration, it’s clear that Kevin and his bandmates want people to be more social offline. Step away from the screen and be a part of the scene.”