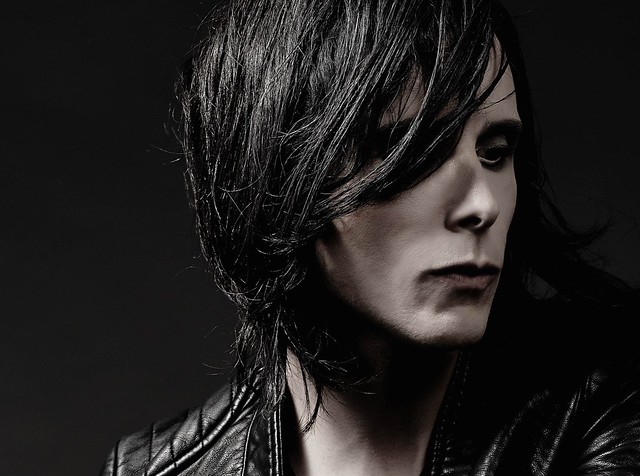 Chris Corner, aka IAMX, will return to DC to perform at Rock and Roll Hotel on Thursday, April 19, following the release of a new album, Alive in New Light, via Orphic and Caroline International on Feb. 2.

Formerly the songwriter for trip hop band Sneaker Pimps, Chris broke out on his own as IAMX about 15 years ago. His avant-garde synth pop first explored his isolation in his earlier works, but now he has entered a new optimistic phase of his career, as observed by Alexandra Blair of Dancing Astronaut.

“Recorded entirely in the California desert, the [new] album is captivatingly nuanced and impeccably mixed from start to finish. Fans and new listeners alike are sure to rejoice in Corner’s efforts here — perhaps his most impressive work to date,” Alexandra said.

Watch the uncensored official music video for “Stardust” by IAMX on YouTube (NSFW):

Chris directed the new IAMX video himself after recently directing videos for his friend Gary Numan. He shed some light on the process: “I rented an industrial work loft and spent a month experimenting with lights, mirrors, and different camera techniques.”

The meaning of the video is left to be interpreted by the viewer, he added. “I never really go in with a solid concept. It’s more like piecing together a puzzle. I dislike narratives but I love visual art and performance art. So that’s what I tried to incorporate in this video. I also wanted to capture a little piece of the IAMX live experience, because it’s such an integral part of the project,” Chris said.

Chris is joined on this tour by his live band members Janine Gezang, Sammi Doll, and Jon Siren. Buy your tickets online.