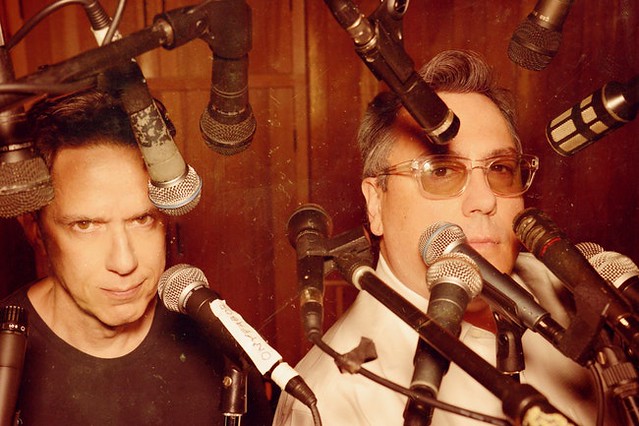 They Might Be Giants released I Like Fun, their 20th studio album, on Jan. 19 via Idlewild. TMGB have undertaken an extensive North American tour, and they arrive at 9:30 Club for a sold-out show on Saturday, April 14.

John Flansburgh and John Linnell have been going strong since the release of their 1986 self-titled debut album. They return with a new 15-track record that draws upon themes of dread, death, and disappointment. The guys also strove to capture the energy of their live show on the record, showcasing the talents of their live band: drummer Marty Beller, bassist Danny Weinkauf, and lead guitarist Dan Miller. To record the album, TMBG turned to producer Patrick Dillett and Reservoir Studios, a new facility that replaced the studio where the band recorded their seminal album Flood.

They Might Be Giants also relaunched their Dial-A-Song service with weekly musical installments. Hear Dial-A-Song by calling 844-387-6962 or go to http://www.dialasong.com.