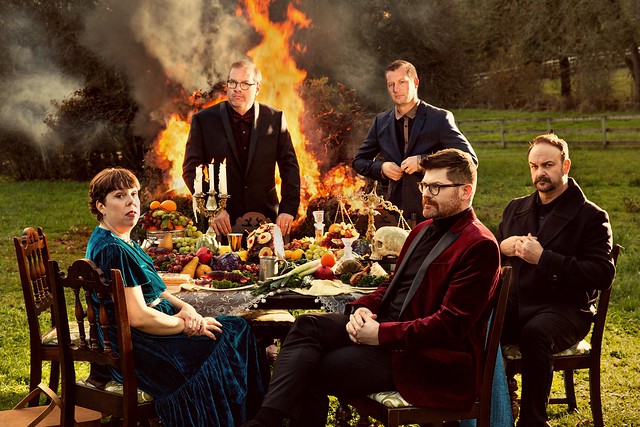 The Decemberists released I’ll Be Your Girl, their eighth studio album, on March 16 via Capitol Records. The chamber pop ensemble are now on their Your Girl/Your Ghost 2018 Tour, and they will perform in DC at The Anthem on Saturday, April 21.

On the new record, The Decemberists went for a new sound. They worked with John Congleton as a producer to make an album inspired by synth-forward bands like New Order, Roxy Music, and Depeche Mode.

“When you’ve been a band for 17 years, inevitably there are habits you fall into,” said vocalist Colin Meloy. “So our ambition this time was really just to get out of our comfort zone. That’s what prompted working with a different producer and using a different studio. We wanted to free ourselves from old patterns and give ourselves permission to try something different.”

“On the last record, there were moments when I thought I was making familiar choices. I tried to be mindful in the songwriting process of challenging myself and being a little more critical. The idea was, how can we make unfamiliar choices, turn off the light a little and grope around in the dark a bit?” Colin said.

“Much has been made about the band embracing a more contemporary and fuller sonic palate, but this is textural only, and still seamlessly fits into their double-stitched classic songwriting. What is different here is the enthusiasm and the energy behind the project — the band sound engaged and excited again,” David said.