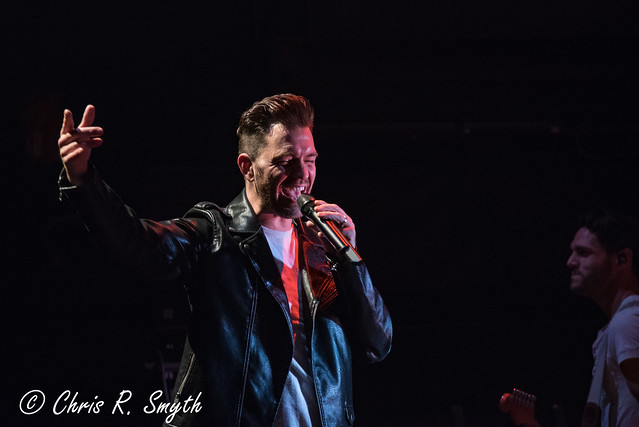 If Tuesday night is not supposed to be a night to party, don’t tell that to everyone at the Andy Grammer concert. The 9:30 Club was packed full of people who were ready to dance, sing, and party all night long with Andy, and he was ready to entertain. Kicking the show off with his hit song “Good to Be Alive,” a sentiment felt by everyone who erupted when the first notes were played, the tone was set from the get go.

Andy Grammer is currently on tour promoting his new album The Good Parts, and he mixed in multiple songs from the record. “Always” and “Spaceship” are both love song written for his newborn daughter — or has he referred to her, “his beautiful, fat, baby.” “Always” is a pretty ballad letting her know that no matter what changes and trials she will go through in life, he will love her, always. “Spaceship” was written about how Andy would sing to his wife’s belly while his daughter was still in utero, wondering if his mother is still singing to him from heaven. The song is so sweet that some fans were even moved to tears at its sentimentality.

The night was also filled with hits that have been blasting through speakers in cars, clubs, and weddings for years. It could be said that “Fine By Me,” “Keep Your Head Up,” “Back Home,” and “Fresh Eyes” were sung by Andy, but in actuality, the tunes were excitedly carried by everyone.

Taking a moment to break from singing, Andy told the crowd about his interest in slam poetry and wanted to showcase his newest poem titled “My Father Does Not Care.” The title is deceiving as the poem explains that Andy’s dad is not interested in the peripheral things in his life, but that he does take great pleasure and pride in his son’s accomplishments, family, love, and faith.

Listen to The Good Parts by Andy Grammer on Bandcamp:

But not to keep all of the attention on himself, Andy allowed each member of his band a moment to shine during the night. Before going into the new song “Civil War,” Andy and his two back-up singers took center stage together to break into a cover of Radiohead’s “Creep” with the male backup singer taking the lead, and Andy backing him up. Later in the set, when ending the single “I Give Love,” the band transitioned into Demi Lovato’s “Sorry Not Sorry,” which allowed the female back-up singer to showcase her talents, front and center.

When the set ended with his epic radio hit “Honey I’m Good,” it appeared that the night was going out on the highest note it possibly could. But Andy, who seemed genuinely happy and excited by the energy of the crowd, paused during the encore of the newest title track “The Good Parts” to tell everyone that if they were willing to stick around, he too would stay as late as needed to say hello and take a picture with each and every fan. He held true to his statement, and the hundreds of fans who waited in a line that snaked around the 9:30 Club’s upper balcony got to leave with the memory of a hug, and a photo with Andy Grammer. It was a night to remember!

Here are some pictures of Andy Grammer performing at 9:30 Club on April 10, 2018. All photos copyright and courtesy of Chris R. Smyth. 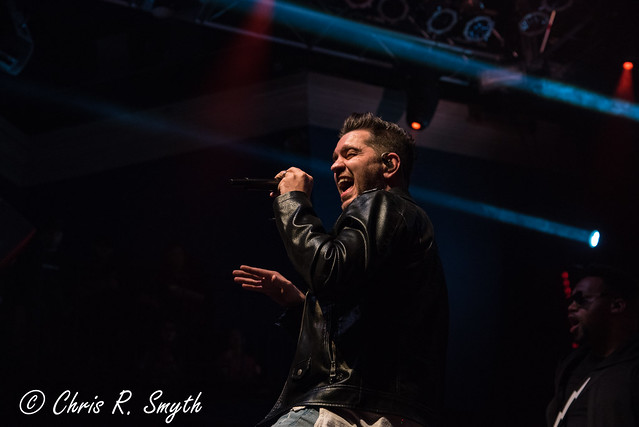 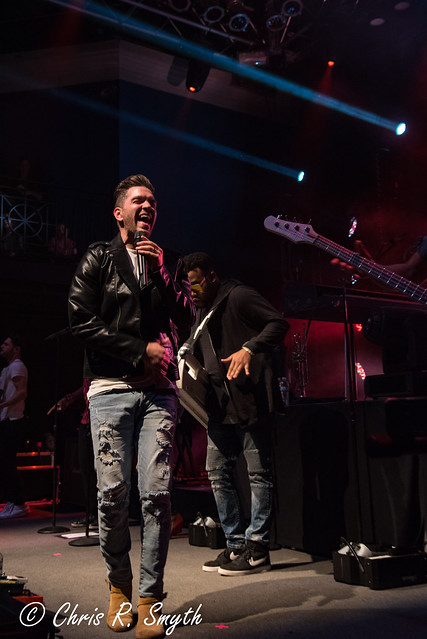 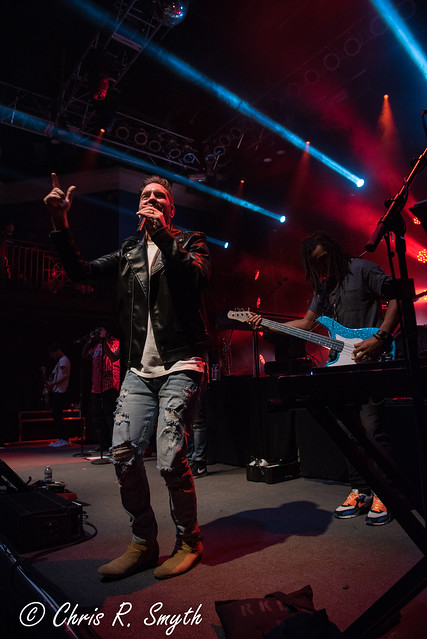 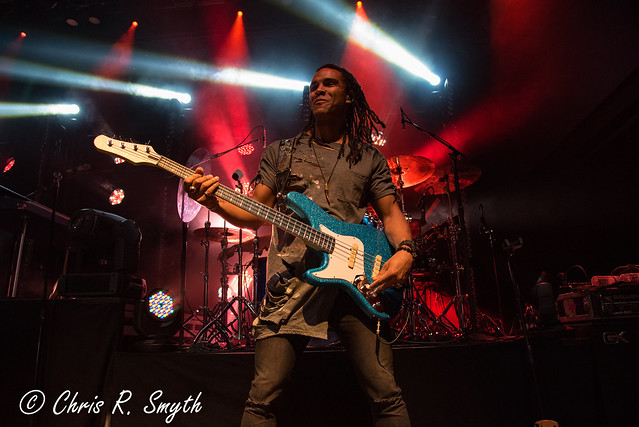 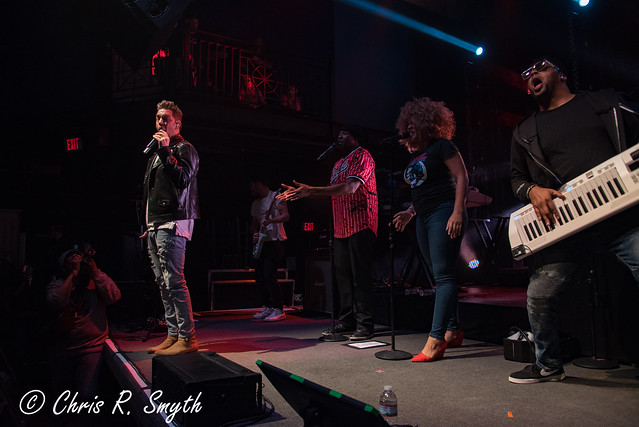 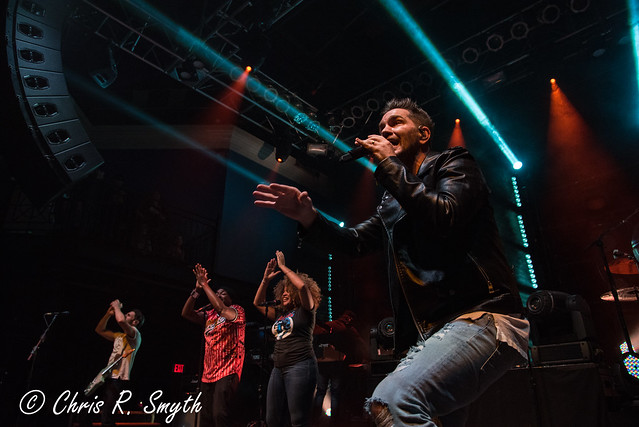 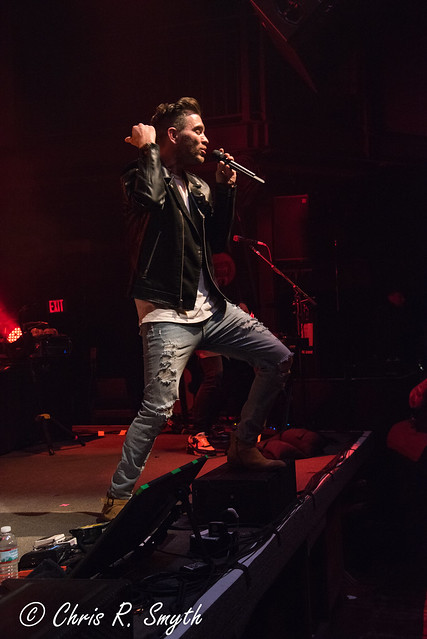 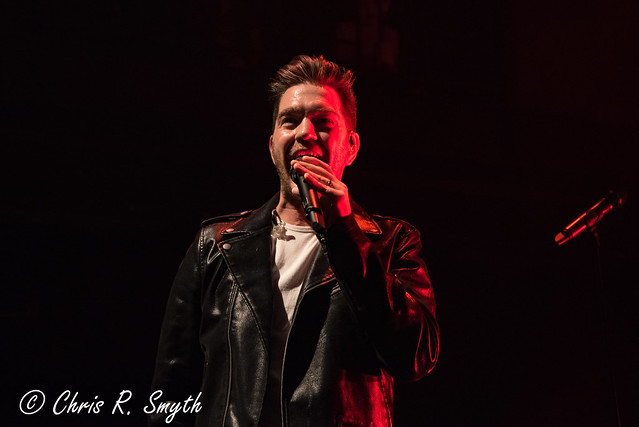 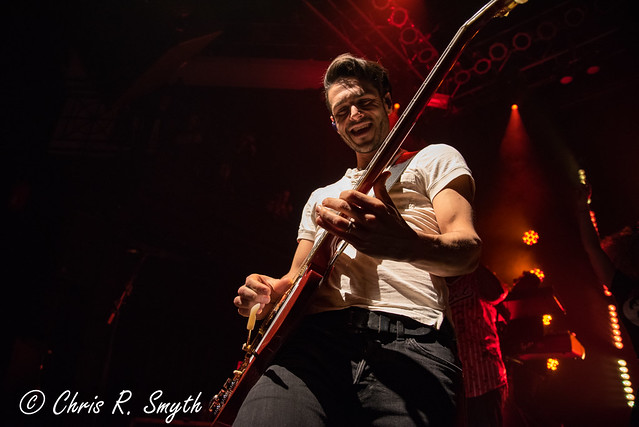 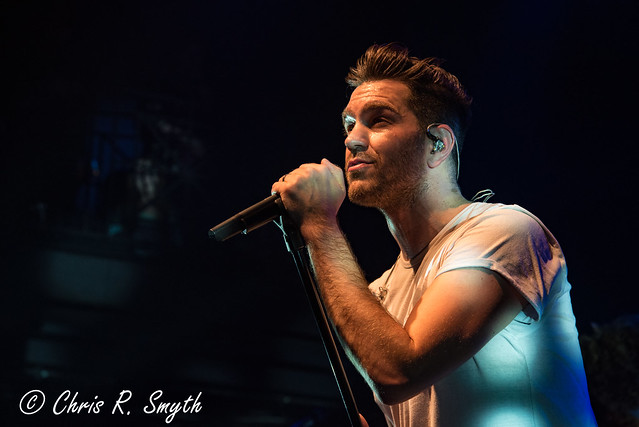 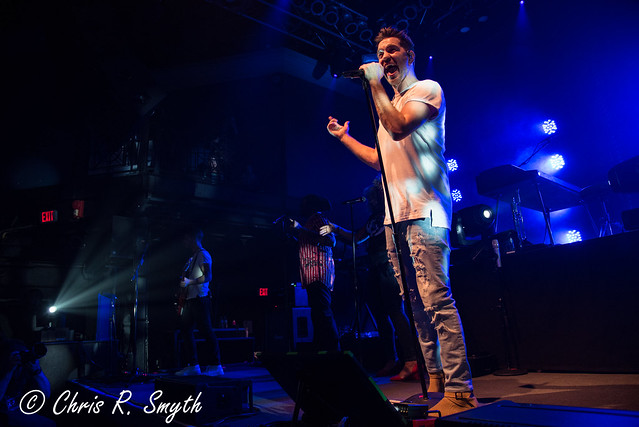 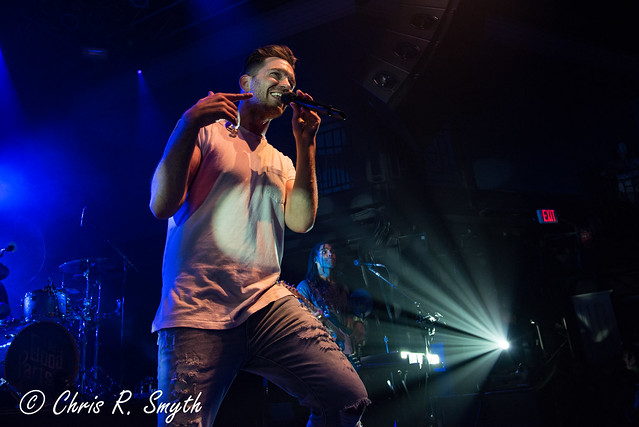 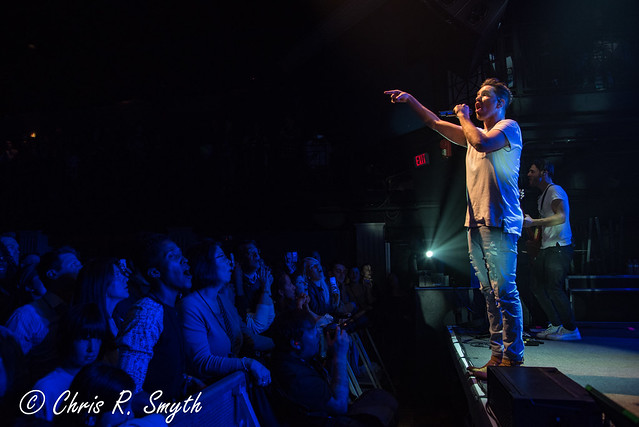 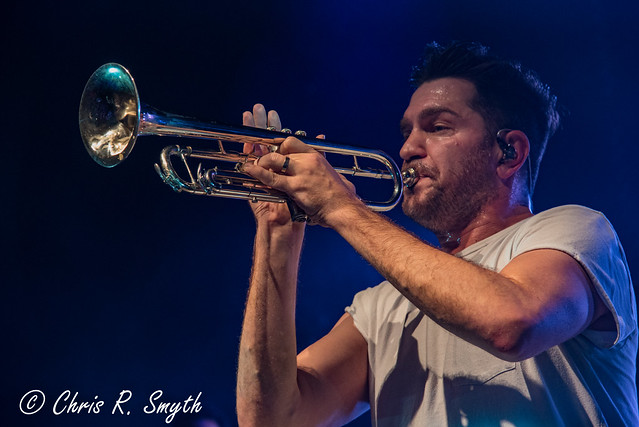 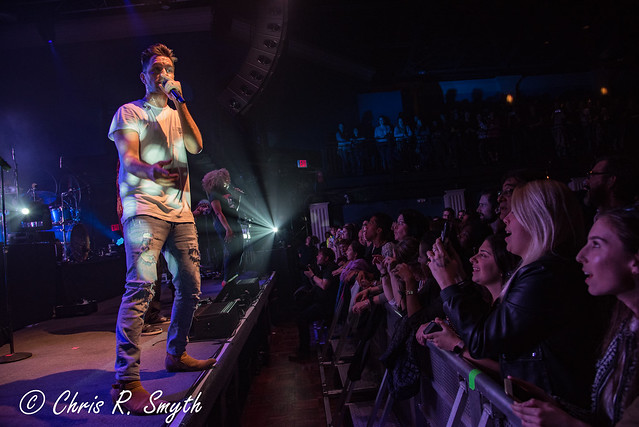 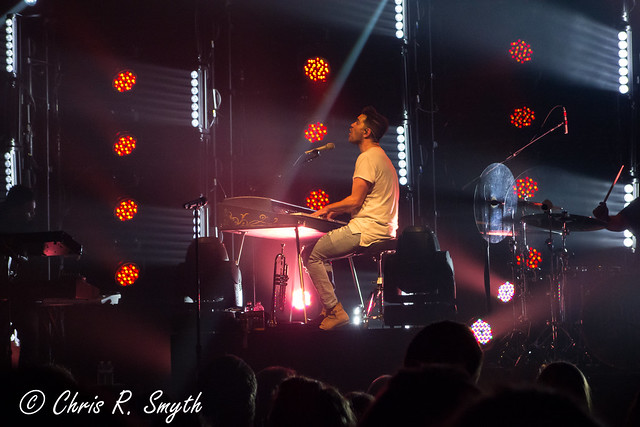 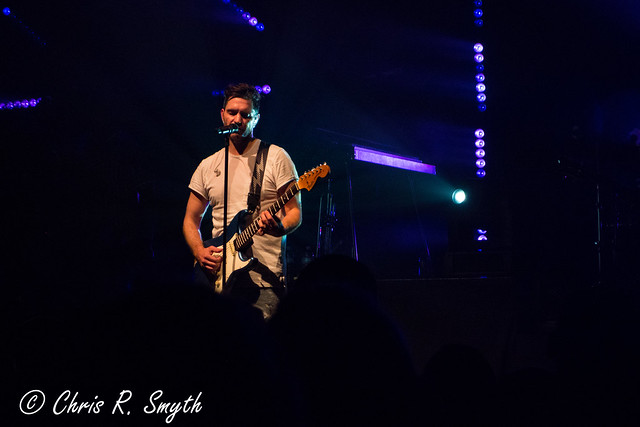