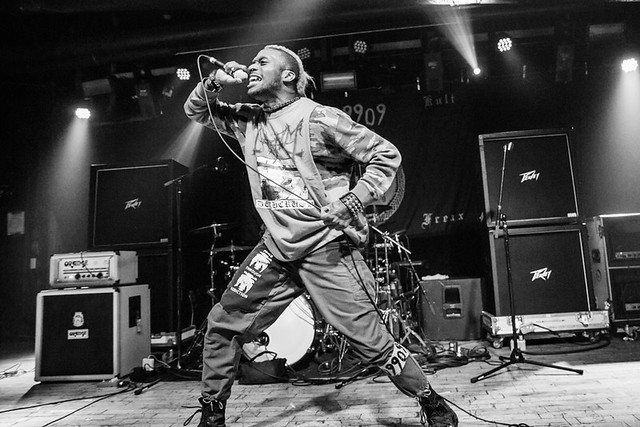 Rap-punk duo Ho99o9 collaborated with 3Teeth to release two songs recently — “Time’s Up” and “Lights Out.” The two Los Angeles bands then teamed up for the Lights Out America Tour, which played at Baltimore Soundstage on Sunday!

Ho99o9 began their carer with the EP Mutant Freax in 2014, and they followed up with the EP Horrors of 1999. Ho99o9 dropped their mixtape, Dead Bodies in the Lake, in 2015, and then finally released United States of Horror, their debut full-length album, in 2017.

theOGM and Eaddy, as the members of Ho99o9 are known, played hard at Baltimore Soundstage, and their fans played just as hard, as the duo jammed through a set of their signature industrial hip hop.

3Teeth and Ho99o9 remain on the road together through April 27, when they both find themselves home in Los Angeles! Here are some pictures of Ho99o9 performing at Baltimore Soundstage on April 8, 2018. All photos copyright and courtesy of Paivi Salonen. 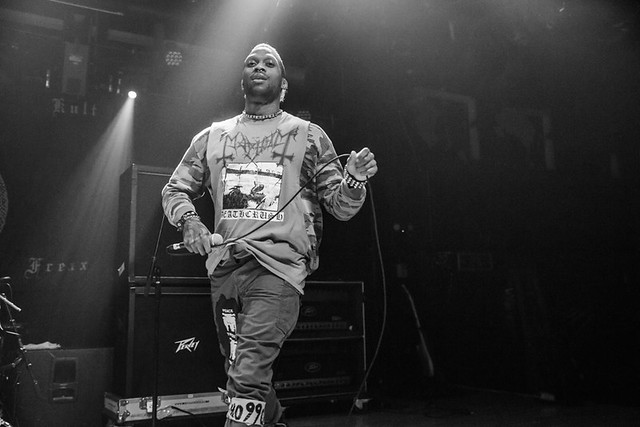 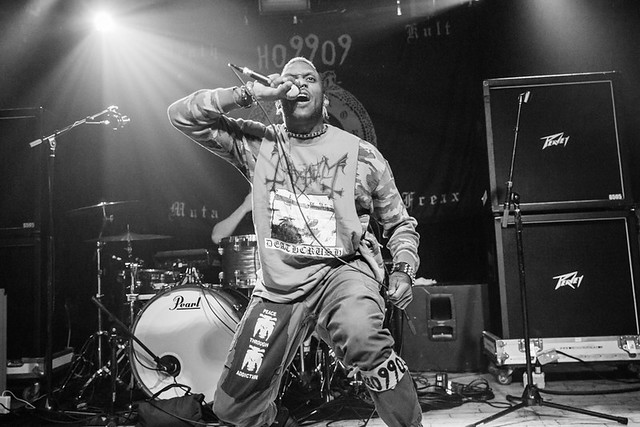 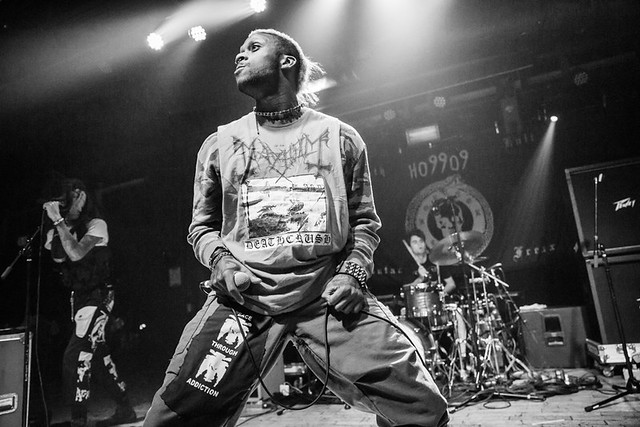 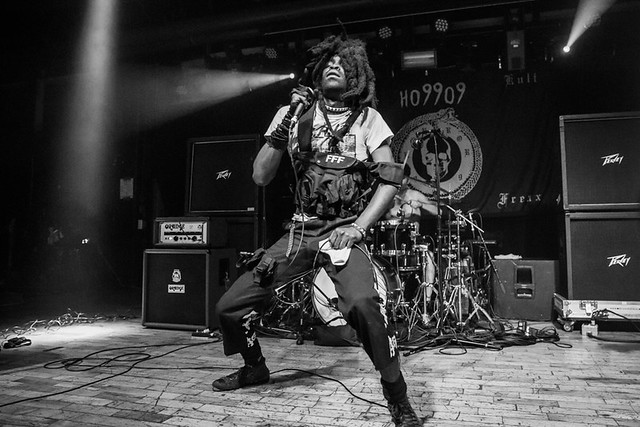 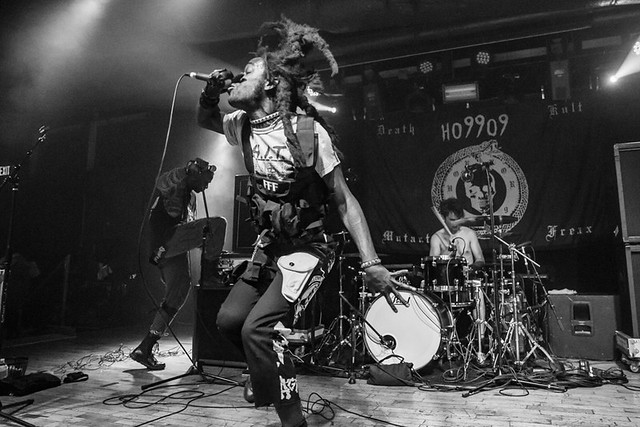 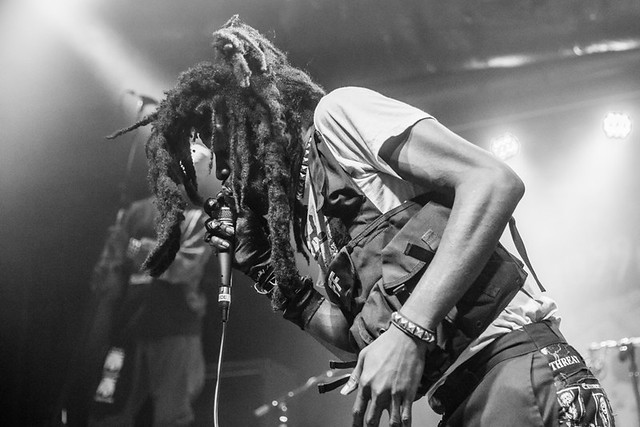 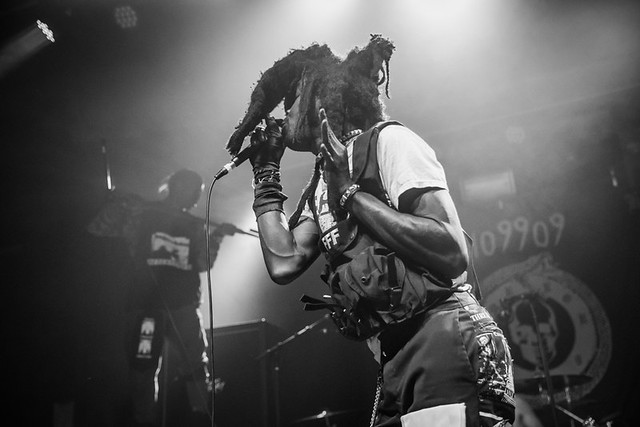 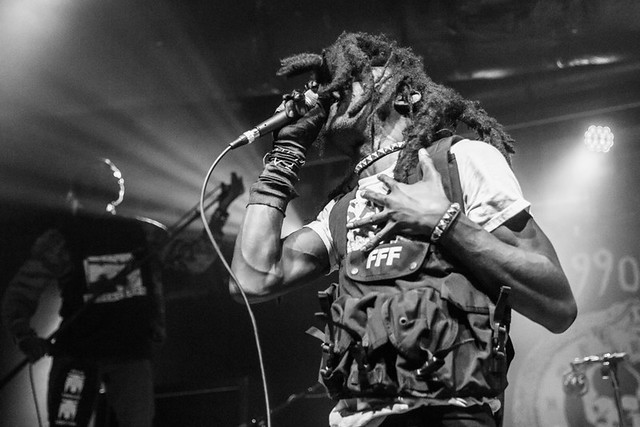 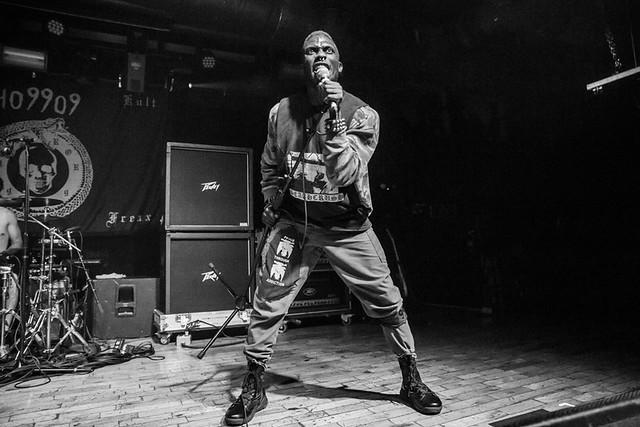 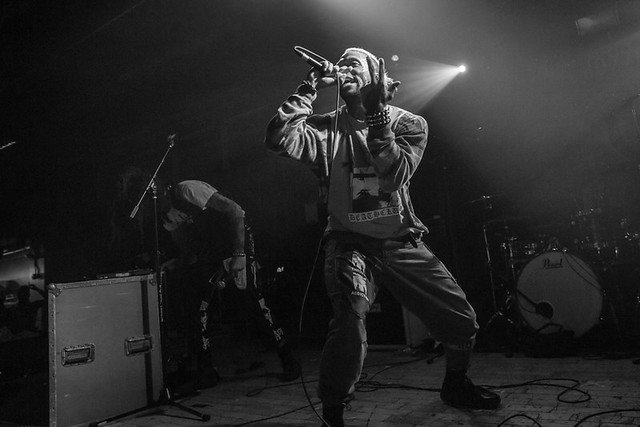 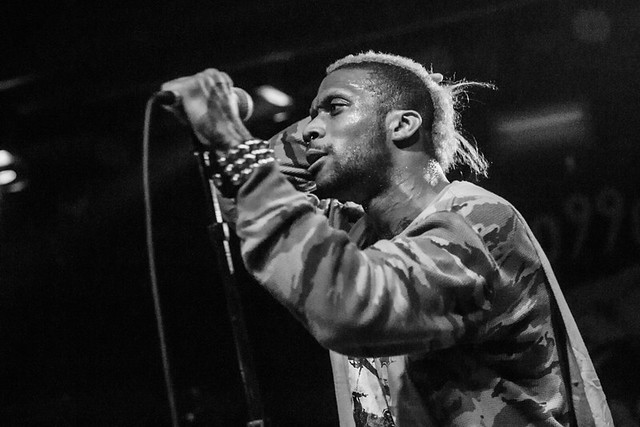 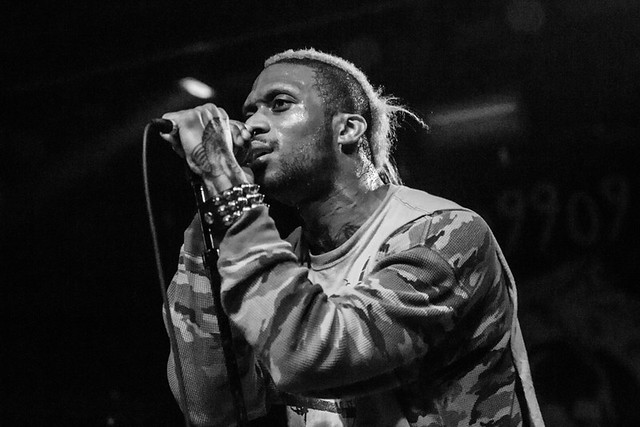 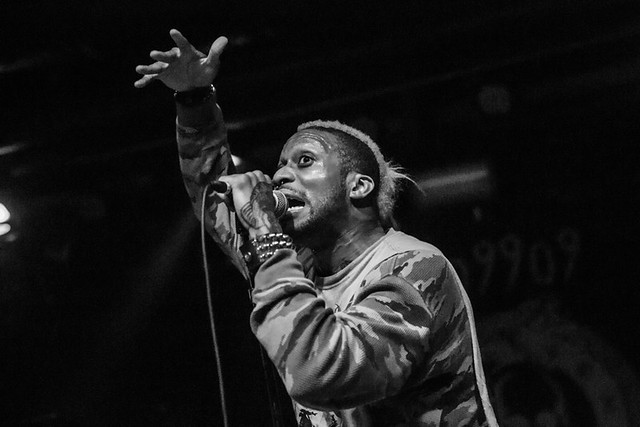 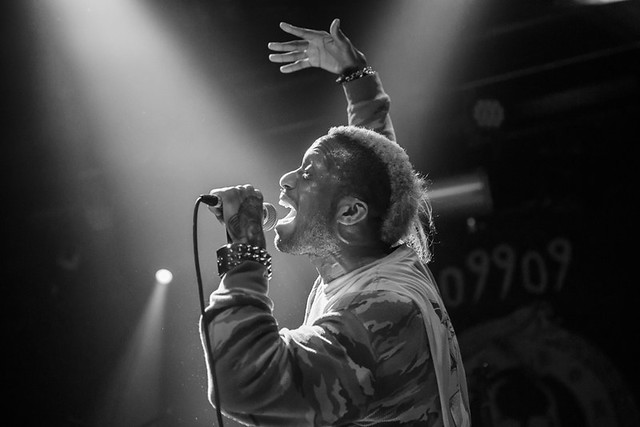 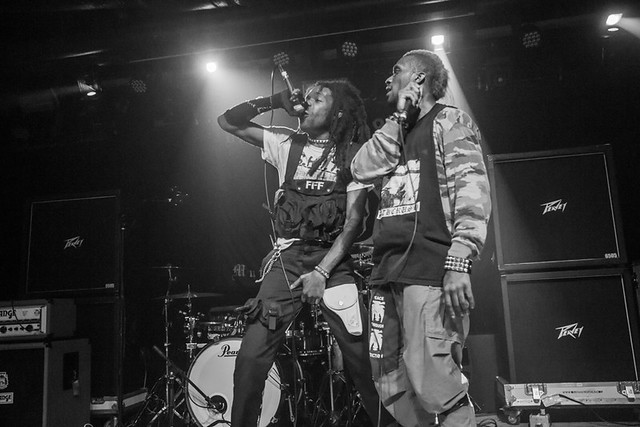 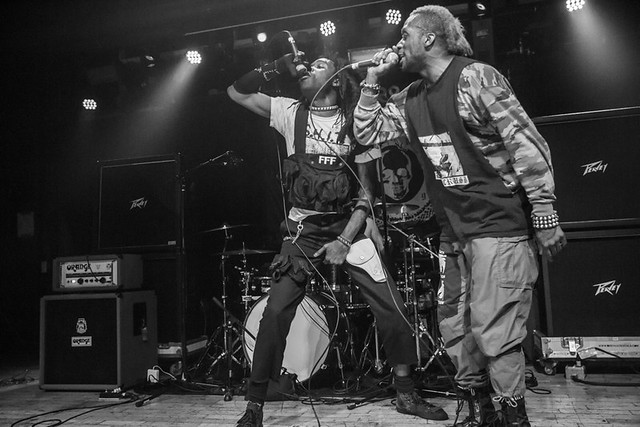 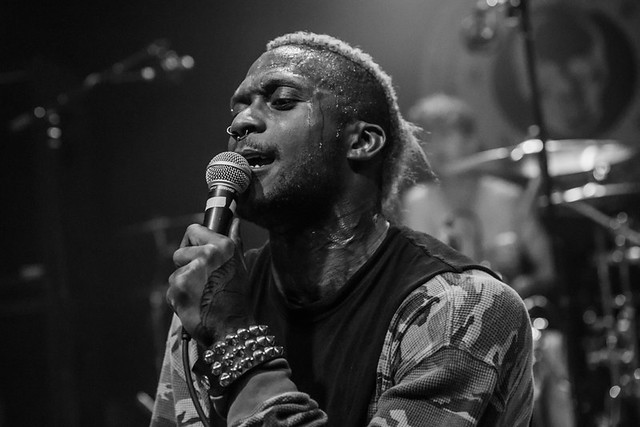 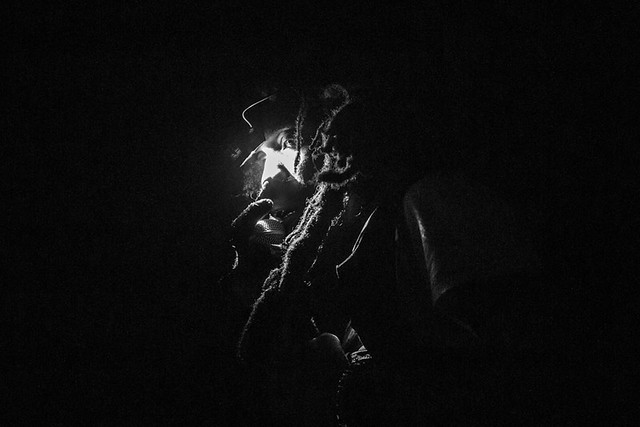 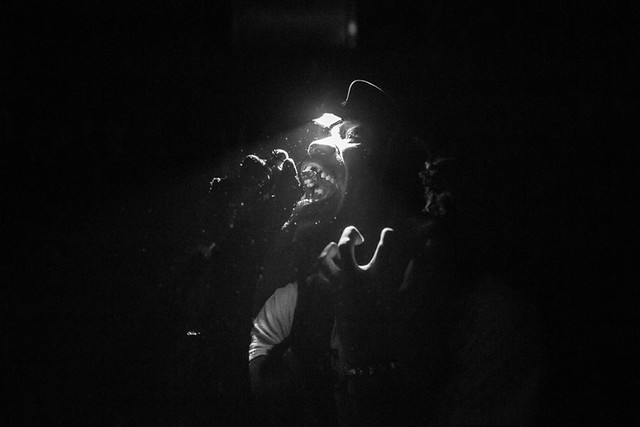 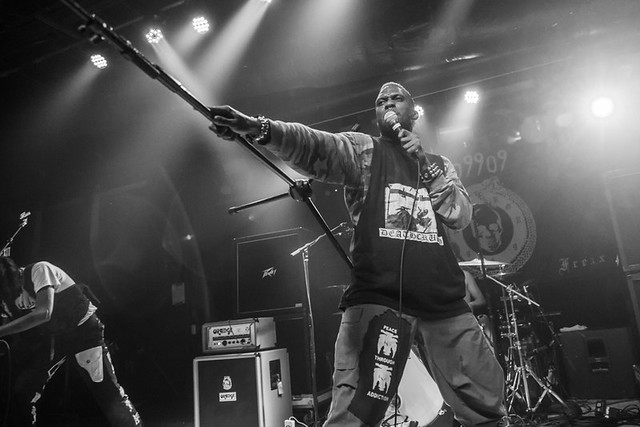 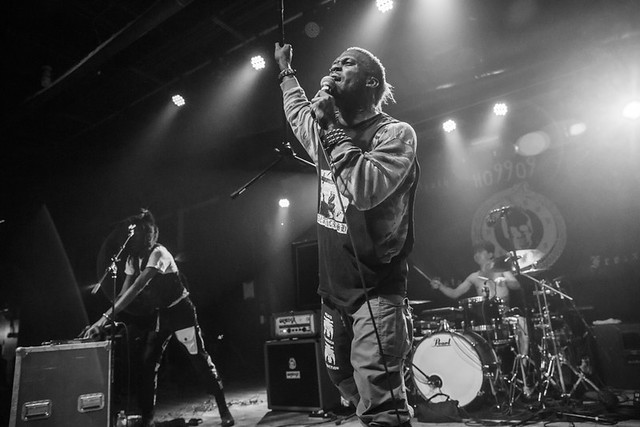