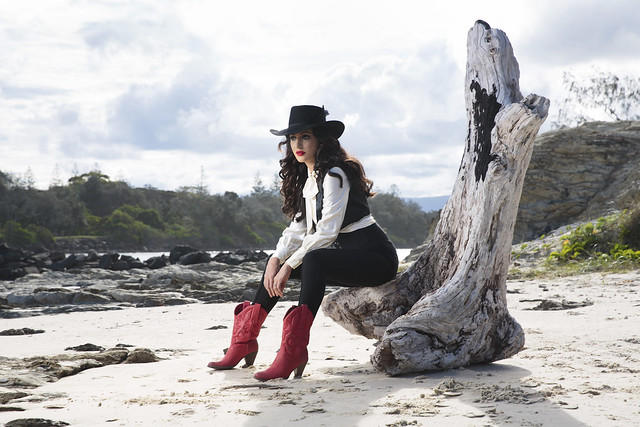 Lindi Ortega released Liberty, her fifth full-length album, in March via Shadowbox Music. The Canadian country singer is touring with a headline performance at Union Stage on Tuesday, April 24.

With Liberty, Lindi created a three-part concept album. She wrote about half the 12 tracks alone and turned to co-writers Aaron Raitiere, Bruce Wallace, and John Paul White (The Civil Wars) for the rest. Over the course of the album, she explores darkness and desperation, but the album tells a story that ends on an optimistic beat.

“Even though I always tried to have a silver lining, whether it’s by making my songs tongue-in-cheek, or writing some dark lyrics to happy music, there’s always been an element of balancing light and dark on my previous albums,” Ortega said. “But this is a full story, and I want everybody to be able to take something away from it at the end of the day.”

Watch the official music video for “The Comeback Kid” by Lindi Ortega on YouTube:

Recording at Battle Tapes studio in East Nashville, Lindi and Skylar Wilson produced a polished set of music that reflects her Mexican lineage. They drew upon their mutual inspirations, including Ennio Morricone.

“In its twangy guitar, galloping drums, sun-baked palette, and high-plains drama, [Liberty] is a nuanced and often irreverent spin on Spaghetti Western films and their soundtracks. She’s celebrating her artistic freedom by showing us how an old pop-culture tradition can be made new and vibrant,” said Stephen M. Deusner in a review for Pitchfork.