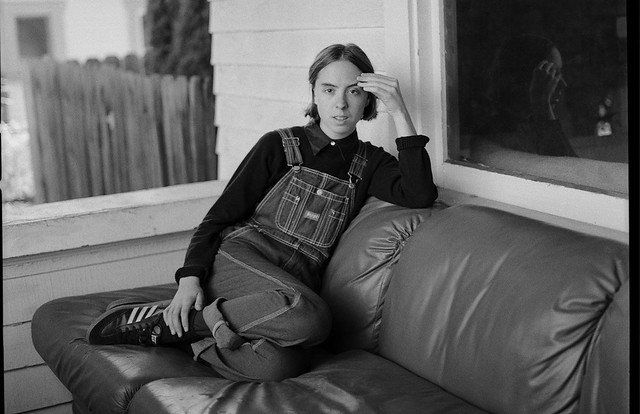 Singer-songwriter Meg Duffy, guitarist for Kevin Morby, launched Hand Habits, a solo project, a few years back, and last year she debuted a full-length album, Wildly Idle (Humble Before the Void), via Woodsist. Hand Habits is on tour now, opening for Kevin, and the show arrives at Ottobar in Baltimore on Friday, April 20.

Kevin Morby himself summed up the music of Hand Habits in a press release for the debut album: “It hits soft, like warm water, and before you know if, it is all around you.”

Watch the official music video for “Book on How to Change” by Hand Habits on YouTube:

In a review for Pitchfork, Quinn Moreland praised the folk artist, saying, “Like her main influences, Grouper and Phil Elverum, Duffy understands that songs are ‘evolving, living things,’ as the latter musician once said. One gets the sense that Duffy’s songs are so thoroughly composed that they could fly off on their own.”

The show is sold out, but arrive early to catch Hand Habits!