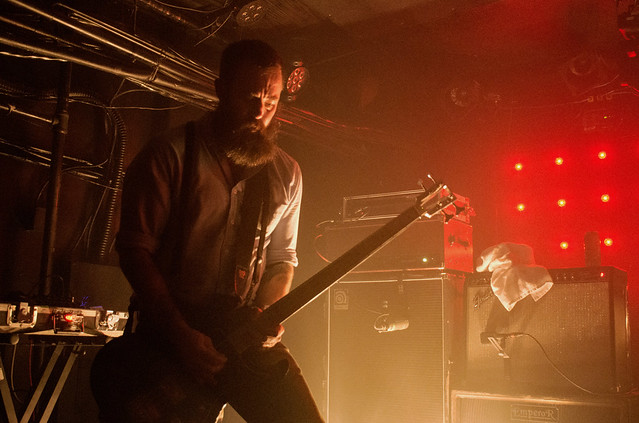 Black. The audience was dressed in black. Which seems entirely appropriate for Russian Circles’ music for it feels absolute. It doesn’t compromise, and it is powerful enough to withstand any light. But strangely enough, despite its seemingly impenetrable “wall of sound” feel, their music has soul, an accessibility that kept the audience on Wednesday at the Rock and Roll Hotel engaged and rapt, hanging on every note, eager for more.

Reminiscent of past power trios such as Cream, the Jimi Hendrix Experience, Motorhead, and Rush, Mike Sullivan (guitar), Brian Cook (bass, synthesizers), and Dave Turncrantz (drums) have carved out a unique musical niche. Their website describes the music as “multi-dimensional dramatic instrumental narratives.” Indeed, that is the primary difference from the aforementioned bands: lack of vocals.

And where one might make a case that Russian Circles lineage stems from the Steve Morse Band, one would be mistaken. Where SMB is a primarily a vehicle for Morse’s guitar prowess (the other players are no slouches, though), Russian Circles is an ensemble of three highly talented individuals whose work melds into a single sonic idea and message. That message? Again, as the website says, “examining the polarity of quiet and loud, complexity and simplicity, ugliness and beauty.”

This first-time listener found Russian Circles’ music, well, operatic in scope. The songs are dramatic, with a direction and drive that carry the listener along, and melodic themes that return over and over. Although I imagine they’d chafe at the label, this is a type of prog-rock/post-metal that no other band out there today can replicate.

The opener, “Station,” began with Dave’s drums announcing we’re in for an intense musical evening, soon followed by Mike’s buzz saw guitar, and finally Brian’s sledgehammer bass driving it all. “Afrika,” as one Youtuber commented, is a song that sounds like coming home… only to find out home wasn’t what you thought it was. “Harper Lewis” started with insistent percussion and Brian’s growling bass until Mike’s arpeggios led the song down a traditional heavy metal/industrial path. “Mota” began with beautiful Moog synthesizer washes and a delicate finger-tapped guitar line until the drums kick-started the song into high gear.

“Mlàdek,” with its lovely melodic intro, closed the show. Hearing this song summed up everything I appreciate about this band: melodies that morph into heavy soundscapes; intricate guitar lines that become aural edifices; abrupt, but complex tempo changes that resolve into epic, triumphant conclusions.

Russian Circles current tour heads to Europe in May and finishes up with a couple dates in (of course!) Russia. Track the band to find out when they’ll be back in the United States at https://russiancirclesband.com.

Here are some pictures of Russian Circles performing at the Rock and Roll Hotel on April 18, 2018. All photos copyright and courtesy of Mark Caicedo. 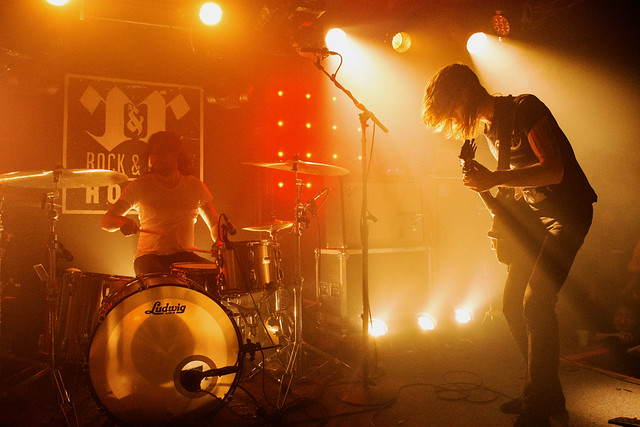 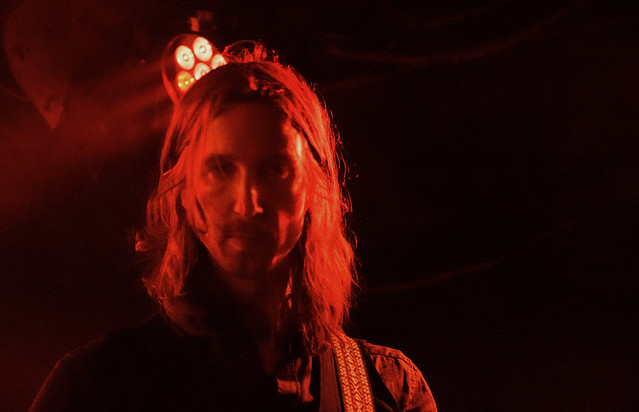 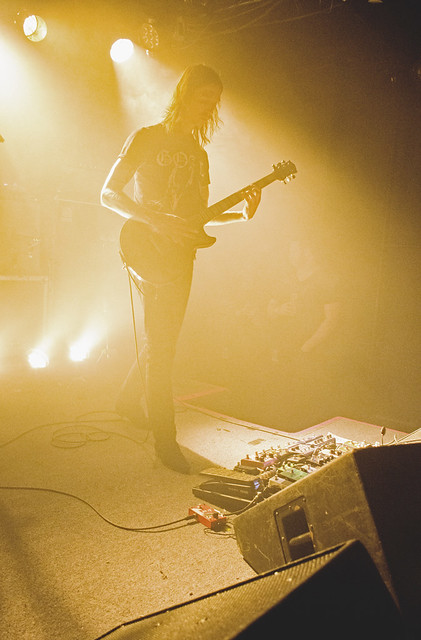 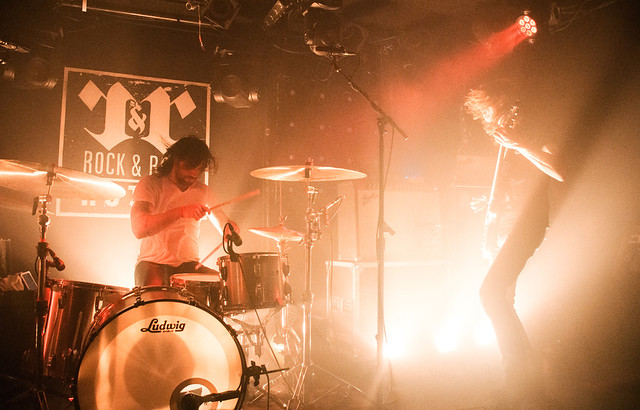 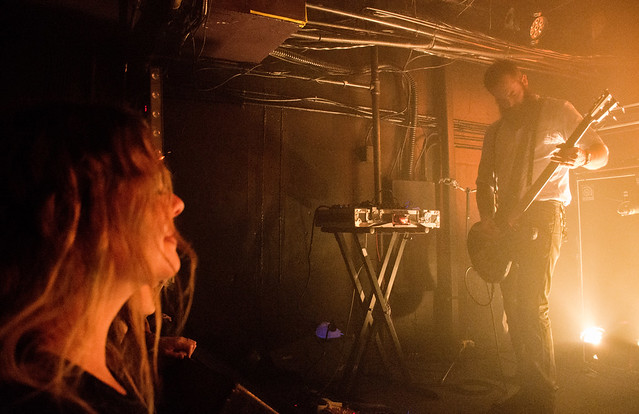 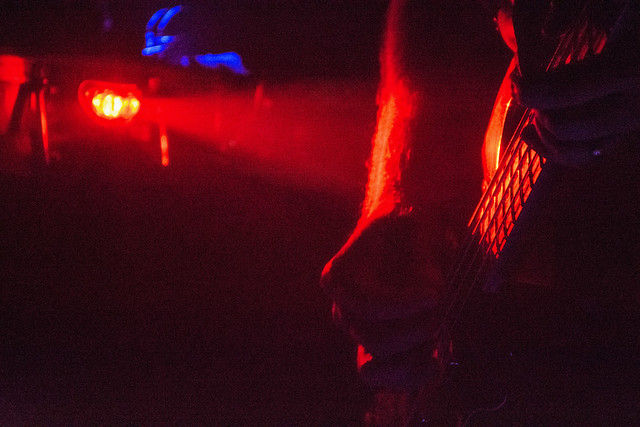 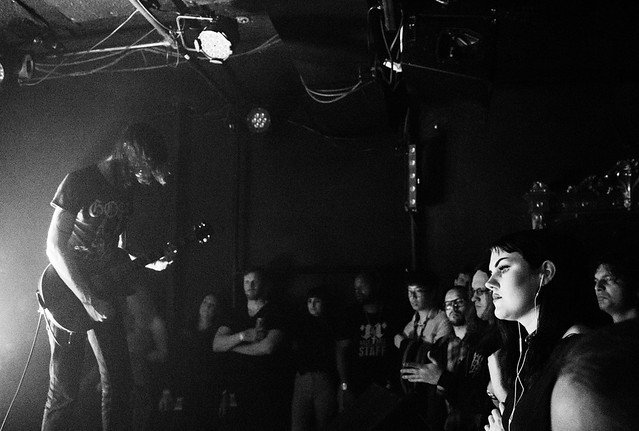 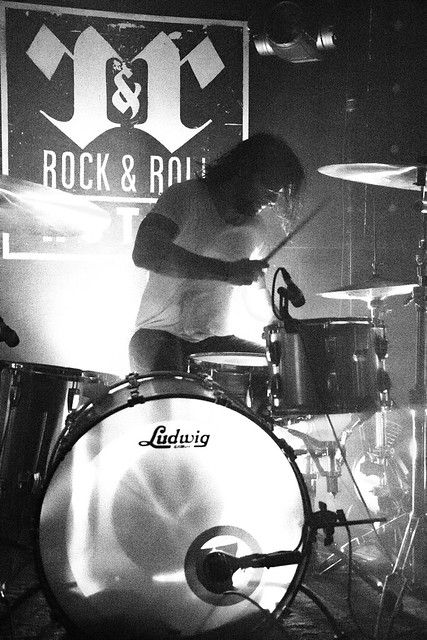 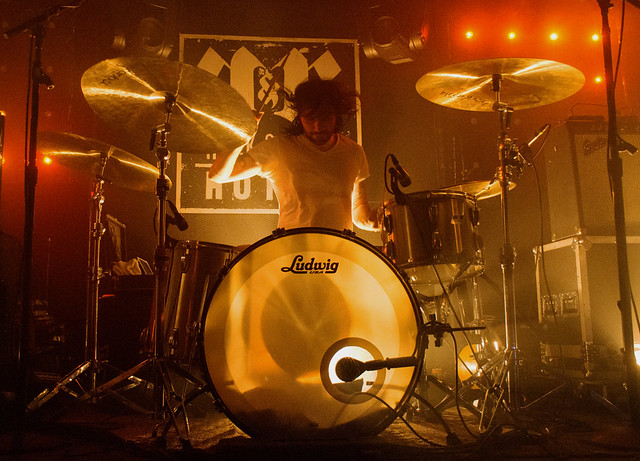 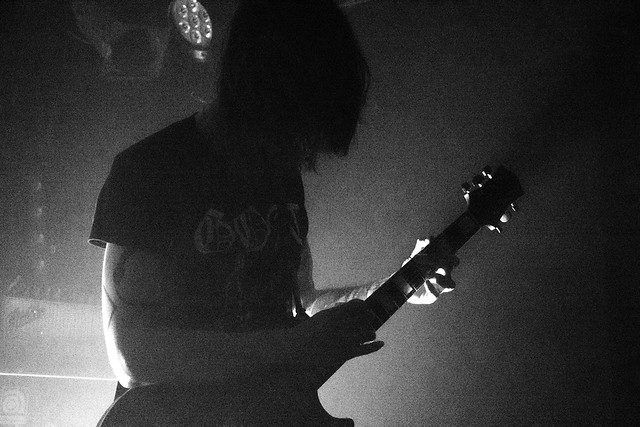 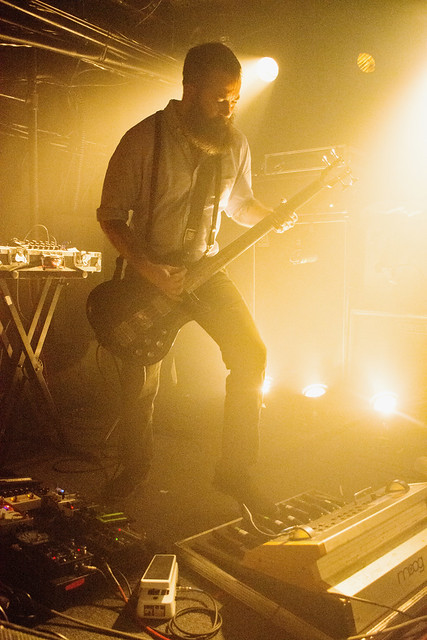