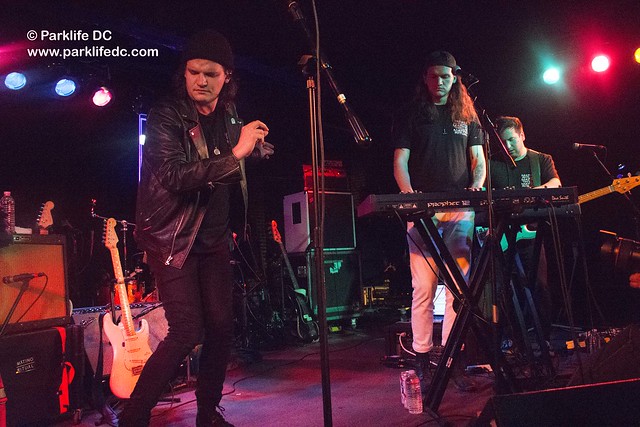 Taylor Lawhon towered over the audience at Black Cat and began to dazzle everyone with some catchy keyboards, very reminiscent of ‘80s synthpop. Within moments, his brother Ryan appeared to sing alongside him in a gravely voice that occasionally reminded me of Future Islands’ Samuel Herring. As Mating Ritual, the Los Angeles-based duo made for an intriguing opener for Penguin Prison last Wednesday.

Early in the show, Mating Ritual performed “Second Chance” from their 2017 debut full-length album, How You Gonna Stop It? Ryan sang with an easy cadence that gave the impression he was afloat atop his lyrics — an impression that certainly peaked when he stepped away from the microphone to dive into a hips-driven dance. As the song about finding redemption after lost love continues, Ryan sang with more passion and energy, drawing the audience into the appealing number.

Within a few numbers, the band played standout single “U and Me Will Never Die,” the lead song from their second record, Light Myself on Fire, due out on May 4 via their own label Smooth Jaws. The sleek pulsating track is a new wave smash, combining a rare balance of rock-forward guitar and cascading synthlines that might well remind you of The Cars if that band were a bit darker or The Faint if that band were a bit happier.

Mating Ritual’s first album continued to shine with the yearning of “Cold,” although our live version did not feature the lush vocals of Lizzy Land, who appears on the album. The listless, romantic number signaled a change of pace for Mating Ritual, and you could easily imagine the crowd breaking out their lighters for the torch song.

Toward the end of the show, Mating Ritual perform the delightful “I Wear Glasses” from their debut album, and its a perfect synthesis of the strengths of the Brothers Lawhon. Ryan sways and swings, losing himself to the song, and Taylor zips gently across the synthesizers while providing some backing vocals. It’s an uplifting ode to mature love, and it’s really rather sweet. Much like other Mating Ritual songs, it also managed to transport our ears back to 1984 with its sophisticated synths and clear-eyed notions of love.

All in all, Mating Ritual warrant your attention! Their tour with Penguin Prison has wrapped, but the gents will be on the road again in California next month, and perhaps we will see them around with the new album in hand soon?

Here are some pictures of Mating Ritual performing at Black Cat on April 18, 2018. 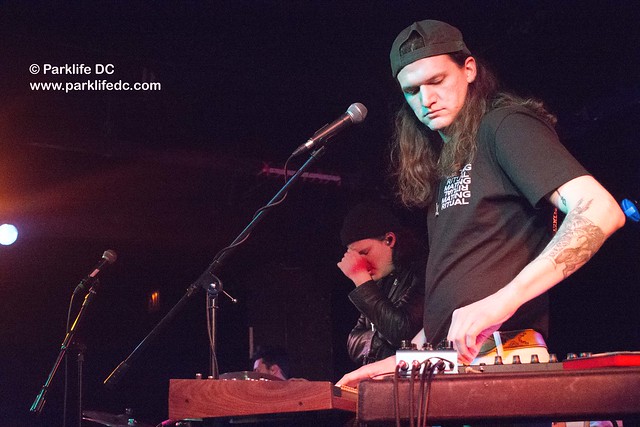 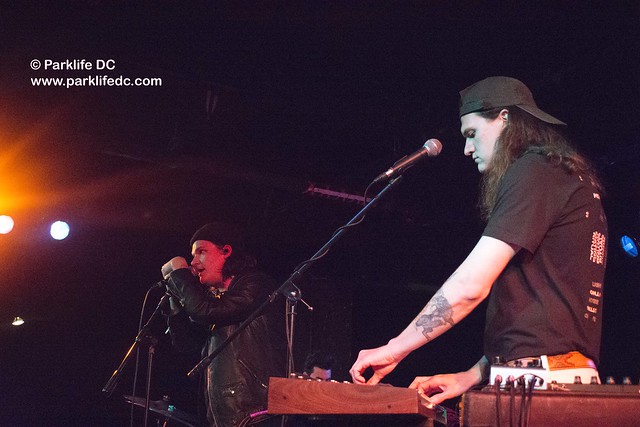 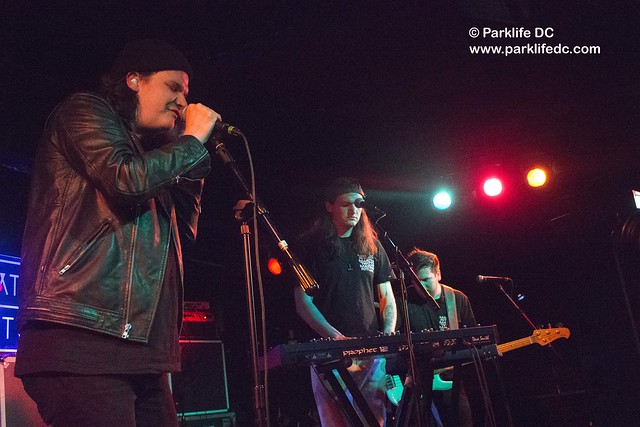 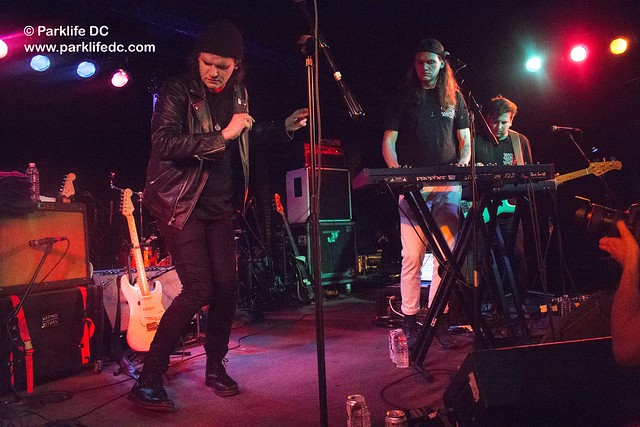 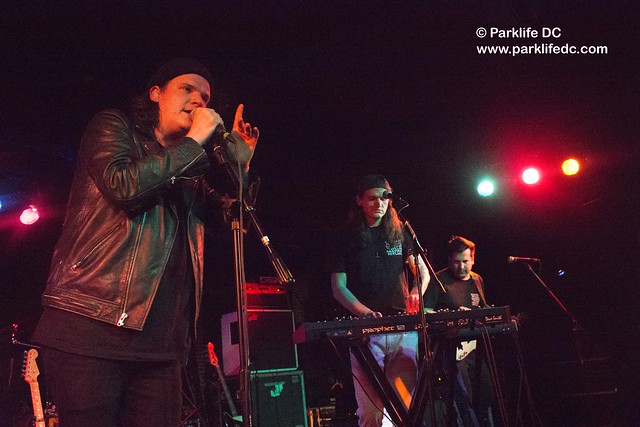 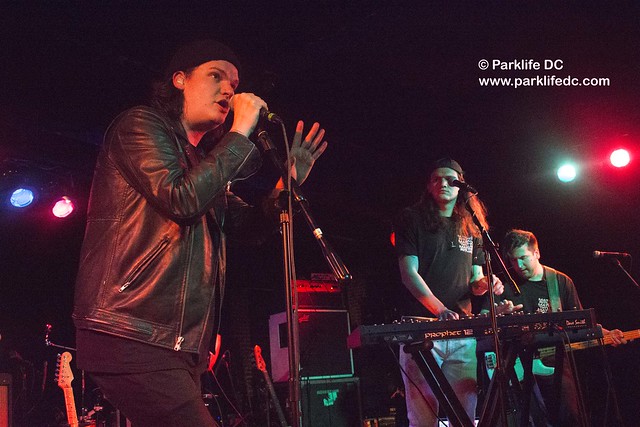 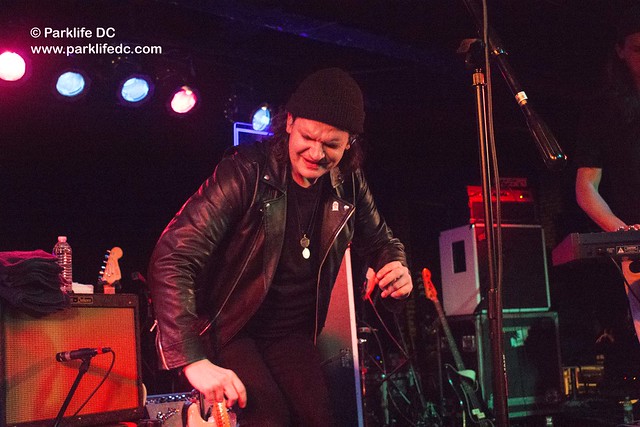 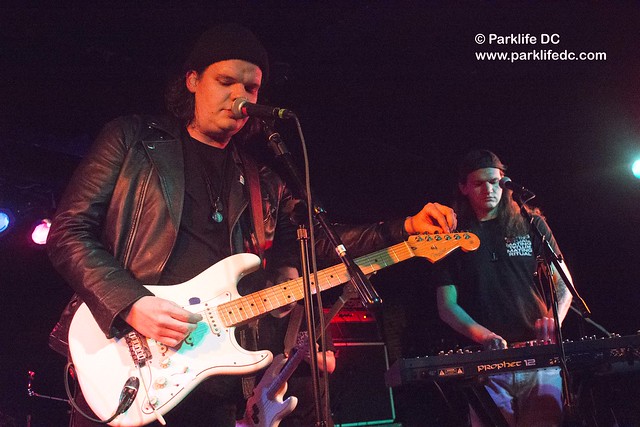 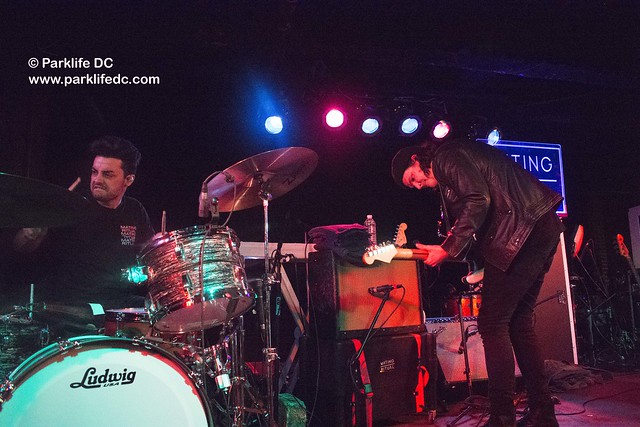 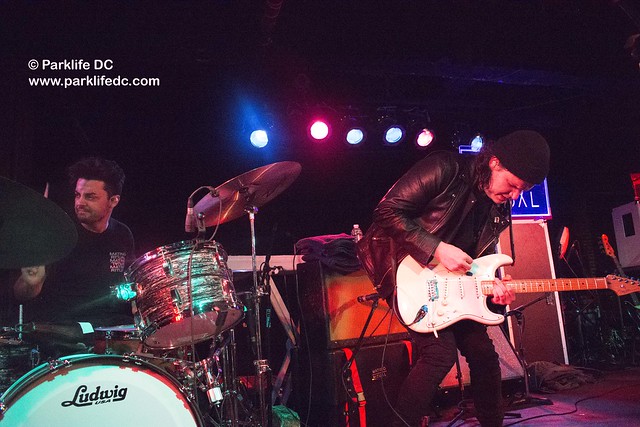 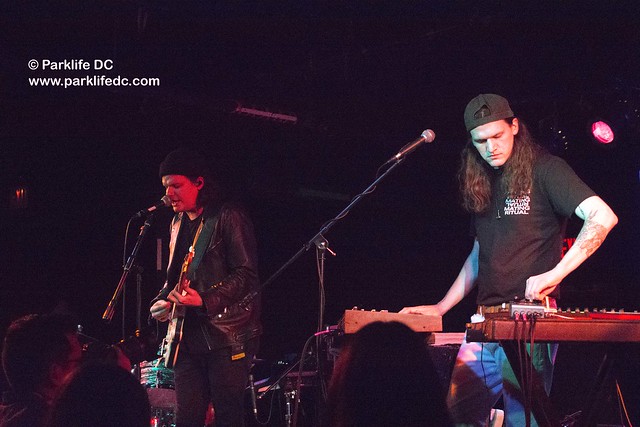