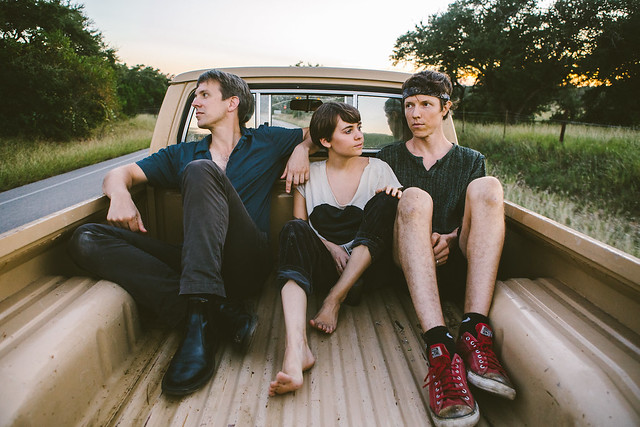 In 2016, Emily Cross and Dan Duszynski’s project, Cross Record, opened for Jonathan Meiburg’s band, Shearwater. They were inspired to form a band, and they did. Loma, the resulting band, recently released its self-titled debut album in February via Sub Pop and they perform at DC9 on Wednesday, May 2.

The musicians were instantly inspired by one another. “I think Jonathan is one of the most special people we’ve ever met,” said Emily. “It’s hard not to like him. He has such a curious mind.” And Jonathan returned the compliment: “I fell in love with their music,” he admits, “and I wanted to know how they did it.”

The black and white video for their single “Dark Oscillations” depicts singer Emily sprawled out in bed, anxiously shifting as a sliver of reflected television dances in the background.

Watch the official music video for “Dark Oscillations” by Loma on YouTube:

“The band keeps a beautiful juxtaposition between major flourishes and minor dirges while the noise and dissonance never removes itself from the crevices of the songs,” said Under the Radar.