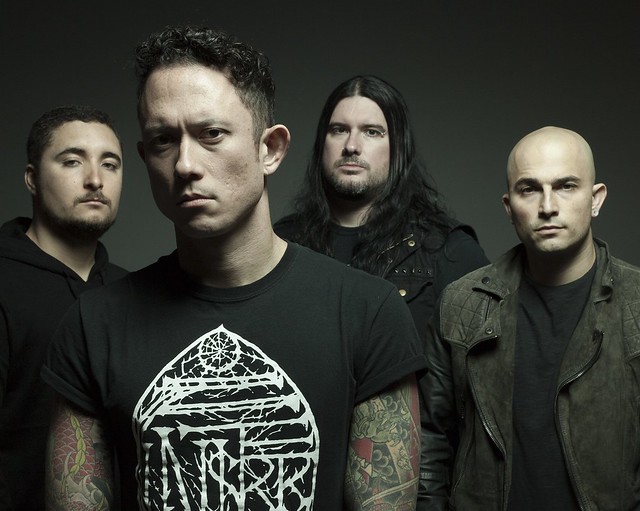 Heavy metal quartet Trivium last released The Sin and the Sentence in October 2017 to rave reviews! The band now is opening Bullet for My Valentine, and they appear together at The Fillmore Silver Spring on Sunday, May 6.

Recorded with producer Josh Wilbur (Lamb of God, Gojira) at Santa Ana, California’s Hybrid Studios, The Sin and The Sentence found Trivium returning with their first new music since their celebrated 2015 LP, Silence in the Snow. The new LP also features the band’s first recordings with new drummer Alex.

Watch the official music video for “The Sin and The Sentence” by Trivium on YouTube:

“Trivium have come roaring back,” declared Loudwire, adding, “The Sin and The Sentence combines a truckload of classic Trivium dynamics to create something fresh.” Metal Injection offered this assessment of the title track: “It’s a longer song that thrashes hard with a killer chorus, which should please any fan…”

Trivium
Opening Bullet for My Valentine
The Fillmore Silver Spring
Sunday, May 6
Doors @ 6:30pm
$27
All ages