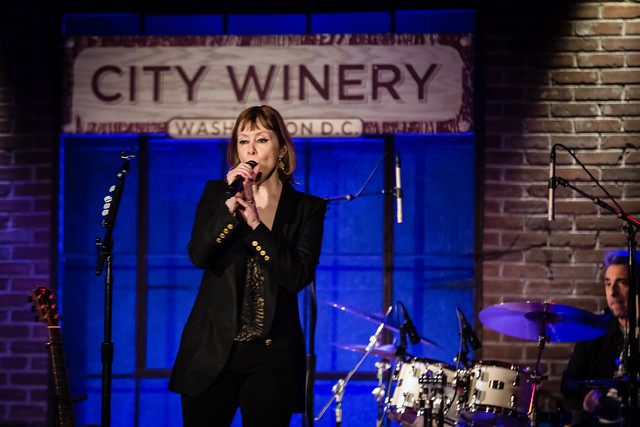 This concert was part of a tour that started last year for the 30th and 25th anniversaries of those albums. Suzanne sang the lead track from Solitude Standing, “Tom’s Diner,” a capella, which was its original format. Next up was “Luka,” an international hit single that peaked at #3 in the United States. “Ironbound,” she explained to the audience, was about the section of Newark where her then-boyfriend took her Jaguar for maintenance. “Calypso,” written when Suzanne was a freshman at Barnard College — a starving artist she was not — tells the story of the beginning of The Odyssey from a nymph’s point of view, as she allows the hero to leave her island.

“Gypsy” is the story of a summer romance Suzanne had with a Dadaist artist from Liverpool while they were both counselors at sleepaway camp in upstate New York. Suzanne worried about what her mother would think when she heard the song, but convinced herself she didn’t pay attention to the words. Many years later, when she reconnected with artist, her mother asked her, “Did he still have a ‘long and slender body’?

“Caspar Hauser’s Song,” Suzanne’s attempt to write a song in the style of Peter Gabriel’s album So, tells a story from the viewpoint of a character raised in a dark, isolated room. And Suzanne reprised “Tom’s Diner,” this time with instrumental accompaniment.

Suzanne and her band left the stage for an intermission, then returned to the stage to play 99.9°F. 99.9°F differs from Solitude Standing in having a more electronic, experimental sound. At one point, Suzanne started to sing, and realized she was flat. She stopped, and told a story about the producer of the album, Mitchell Froom. Mitchell has perfect pitch and found it sexy — illicit, she said — when she was off key or out of tune. So he ended up marrying her, though they divorced after a few a short years.

Suzanne led off the second half of her set with “Rock in This Pocket.” Her next song, “Blood Makes Noise,” reached #1 on the US Alternative chart.

Suzanne wrote the third song, “In Liverpool,” when she on was sitting in a hotel room on tour, thinking about the sleepaway camp artist from “Gypsy,” and reading The Hunchback of Notre Dame. On her 45th birthday, the artist wrote to her, and they reconnected, and remain in contact.

The next two songs described the family Suzanne discovered when she found her biological father. “Blood Sings” is about a deceased uncle she feels she resembles, and “Fat Man and Dancing Girl” is inspired by a grandmother who was a drummer in the 30s.

“(If You Were) In My Movie,” Suzanne told the audience, is about romantic fantasies. “As a Child” is simply about a child’s view of the world. Suzanne finished her main set with “Song of Set.”

For her encore, Suzanne donned a top hat and sang “Marlena on the Wall” from her self-titled debuted album. She closed the evening with “Left of Center” from the soundtrack to the 1986 John Hughes film Pretty in Pink. These were real crowd-pleasers, and the audience left happy to have taken a stroll down memory.

Before Suzanne and her band performed, City Winery CEO Michael Dorf was on hand to welcome the crowd to a “soft soft opening” of this location. (Other locations include Atlanta, Boston, Chicago, Nashville, and the original site in New York City.) The venue, featuring attractive wood floors and brickwork, still needed some finishing touches. It didn’t have its liquor license, and its kitchen hadn’t been inspected. The management had a local Italian restaurant bring in pizza, and it was able to serve wine.

Make sure to check out the great artists at this great new venue!

Here are some pictures of Suzanne Vega performing at City Winery. All photos copyright and courtesy of Ari Strauss. 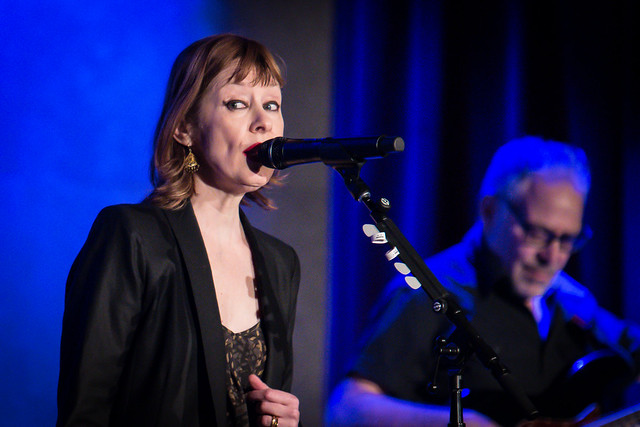 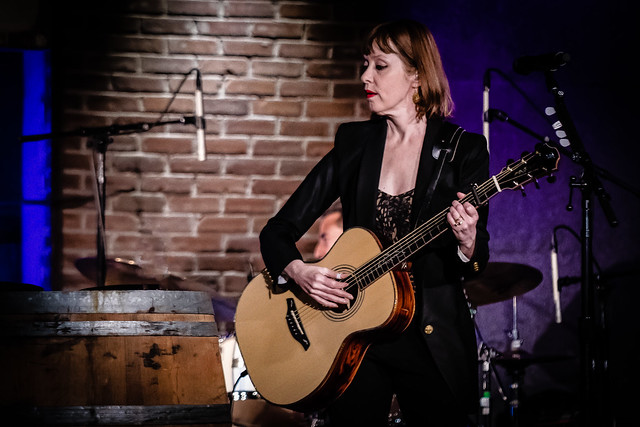 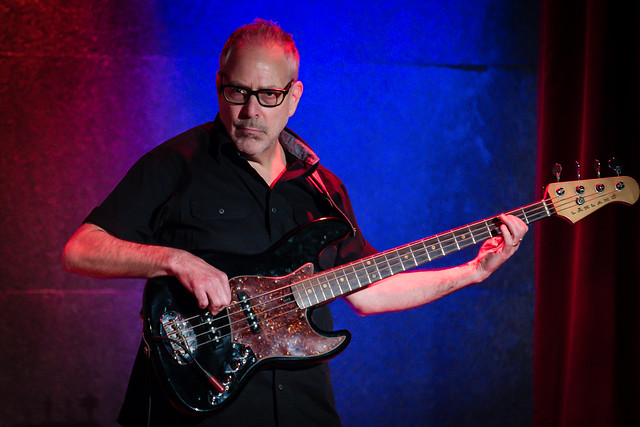 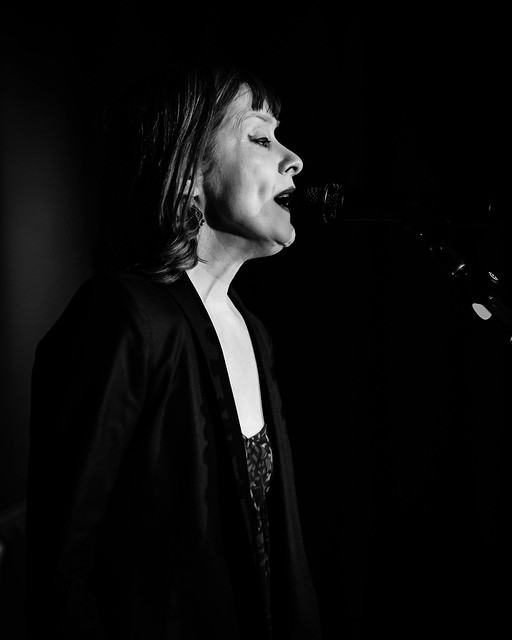 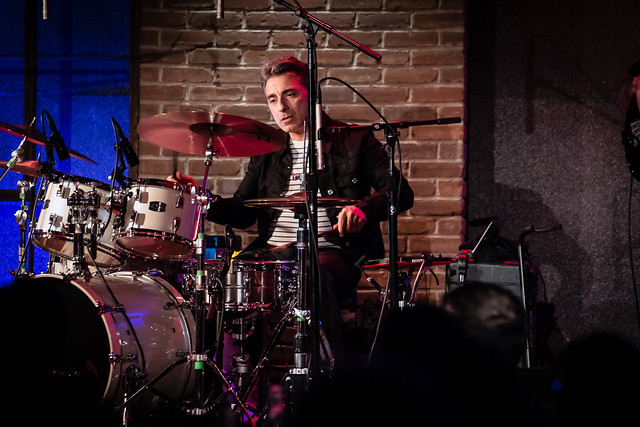 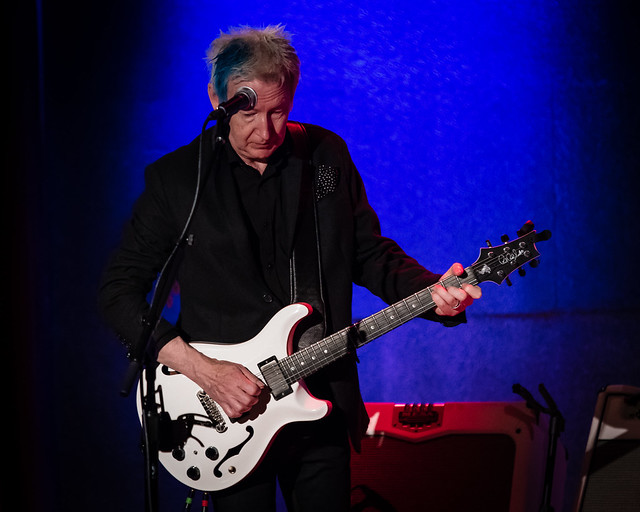 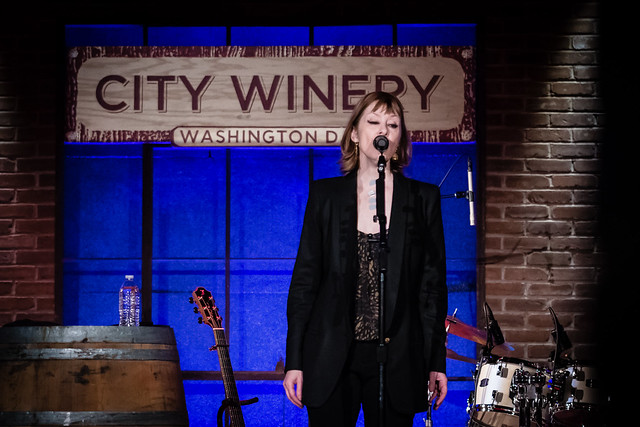 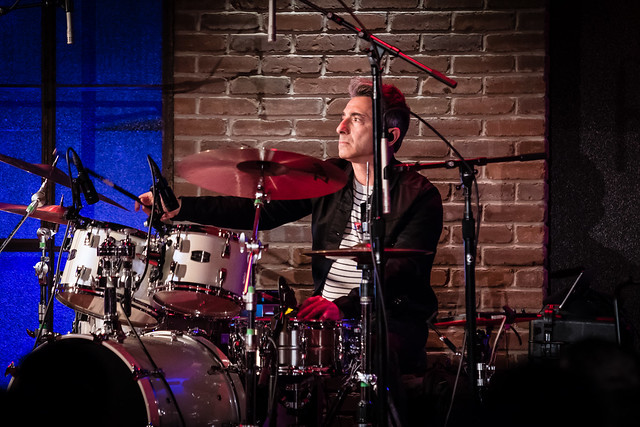 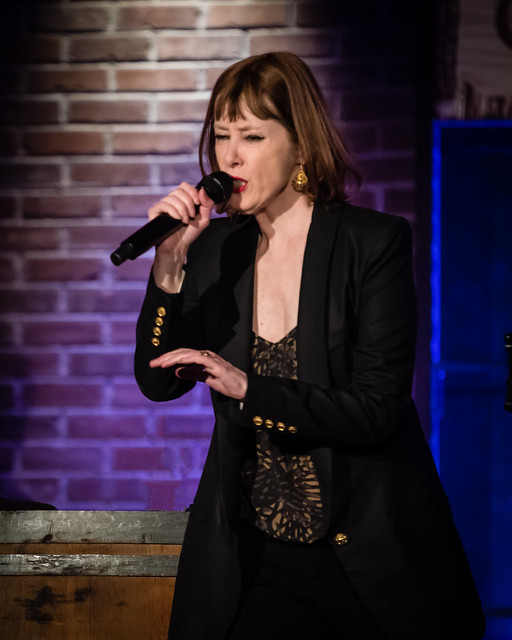 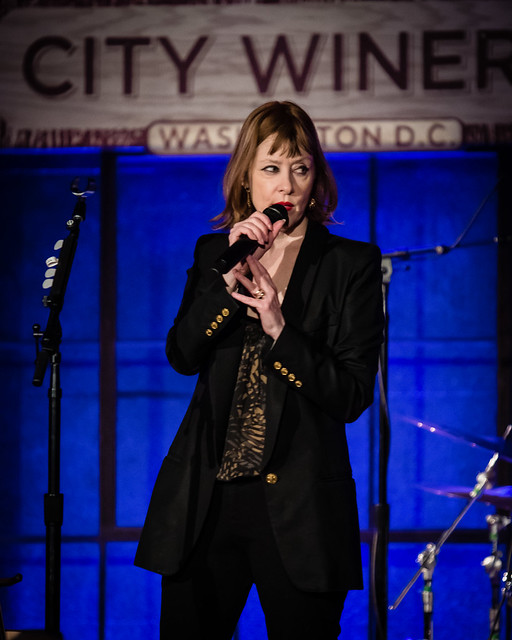 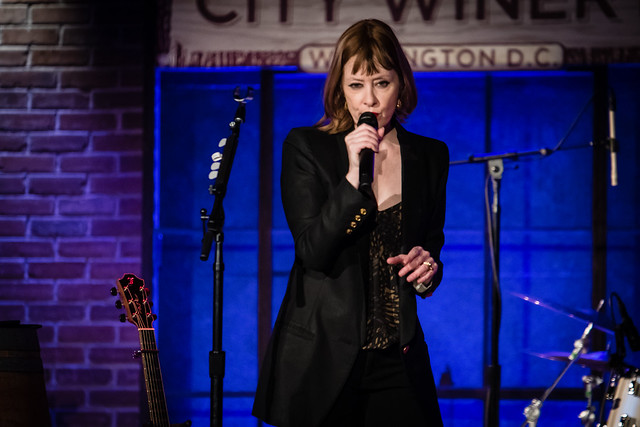 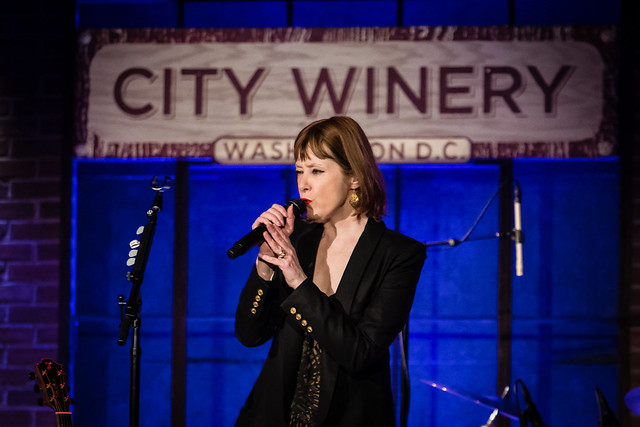