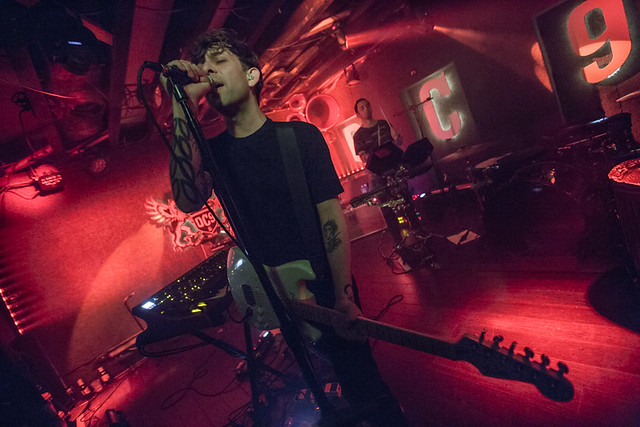 In his recordings, Oakland, California’s The Soft Moon, aka Luis Vasquez, sounds distant and submerged, stitching together a mosaic of murky shapes on frameless canvasses. Amidst a backdrop of ominous tones and layered guitars, the heavily treated vocal parts often seem to emerge from the vortex of sound like leaves in an updraft. It’s the kind of technique that works well in the studio, but can be difficult to present live. So as I awaited their set Sunday night at DC9, I was curious to see how it translated to the stage.

Most successfully, it turned out. Luis managed to recreate the feeling of alluring detachment in the vocals, along with many other elements of the recorded sound, without a hitch. If anything, his live sound came across as solid and well-articulated. I was struck by the simplicity of the elements and how they blended to create a much greater whole.

Luis took to the stage along with two other musicians, who shared credit in this success, and his look and demeanor reminded me of a young Matt Johnson. As the group launched into the set, the chaotic diffusion of elements that made up their sound recalled Johnson’s first record, Burning Blue Soul.

While the work of each of these artists evoked the sense of a tortured psyche, The Soft Moon was perhaps a little less anguished. Their sound was dark but never labored, and this was complimented by a more approachable stage presence. There was almost no space between the songs, and thus little dialog with the audience, but the inclusive feeling was a contrast to the some of the confrontational posture of the post-punk era.

The attitude of the performance could be expressed as “well, you’re probably as warped and conflicted as I am, so let’s vent together.” As dark as the themes are, this was not an atrocity exhibition. This was shared catharsis. There was menace but also buoyancy. Most of all, there was energy. Lots of energy, and this meant the set rocked upward as much as it gazed downward.

Long ago, there was a pallet of tones that underscored a lot of the music that I liked. It seems to have been forsaken by much of the music scene in the intervening years. I am pleased that artists like The Soft Moon have reclaimed this discarded box of crayons and are coloring in their compositions with them. Dark vibes, menacing undercurrents, as though Crayola had partnered up with Urban Decay. I suffered through the groovy-upbeat-funky sounds of the altogether too artificially happy ‘90s and ‘00s. I’m ready to be depressed again.

The heavily chorused bass that underpinned the sound of The Soft Moon is a prominent example. It was a staple of the predecessors of darkwave — think “Israel” by Siouxsie and the Banshees, Glen Campling’s contributions to Tones on Tail, or anything by Killing Joke. Luigi Pianezzola’s bass playing followed in those footsteps stylistically, but it anchored the grooves with great fluidity. He alternated between the bass, keys, and drum pads throughout the show.

Electronic pads were also part of drummer Matteo Vallicelli’s tool set, along with a more conventional kit that mixed acoustic drums with triggers. No crash cymbals overhead, however, and this was fitting with his approach. Electronic rhythms underscored much of the music but did not overpower the organic element.

The blend favors a sort of tribal pounding over techno sheen. It made me think of “Hanging Garden”-era Cure. Vocalist Luis added percussion as well, alternating between congas and an overturned metal trashcan. In fact, for a portion of “Want,” all three members were pounding out rhythms. Luis had a Moog Sub synth next to him that he mainly used to create wailing washes of sounds, but apart from that he did most of his playing on a heavily treated electric guitar. As with the effects applied to many parts of the mix, the echo box almost became an instrument in its own right.

We were mostly spared any sort of gratuitous soloing (which suits me fine), and instead the understated guitar work seemed to slither between the grooves like a serpent in Eden — it would rather tempt you than consume you. I can barely resist making comparisons to The Cure and Joy Division, but also to Richard Kirk’s minimalist guitar work on Cabaret Voltaire’s “Red Mecca.”

The set offered a great overview of the bands material, including “Circles” and “Dead Love” from their first release; “Die Life,” “Far,” and “Black” from subsequent releases; and several from their latest record Criminal, including “Choke,” “Give Something,” and “Like a Father.”

Everything came through the sound system at DC9 with brilliant definition, and the updated stage lighting system underscored the moodiness of the music to the degree that I wished every show was at this club.

See for yourself. Here are some pictures of The Soft Moon performing at DC9 on April 29, 2018 in a sold-out show. All photos copyright and courtesy of Paivi Salonen. 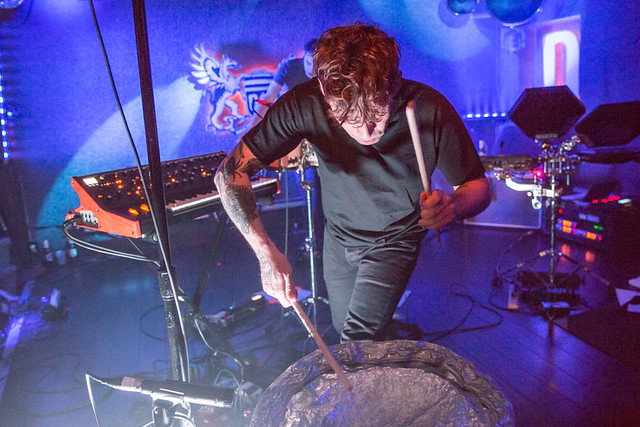 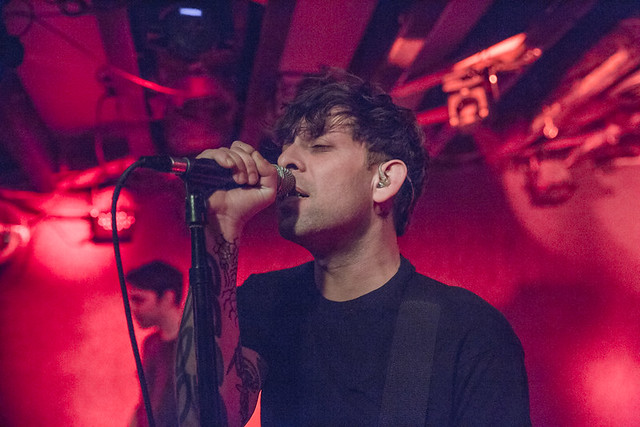 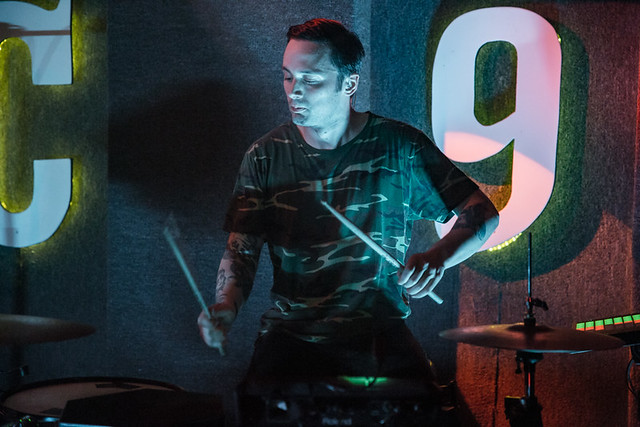 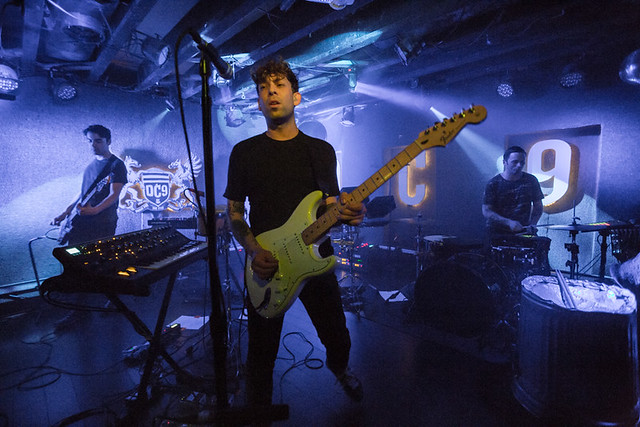 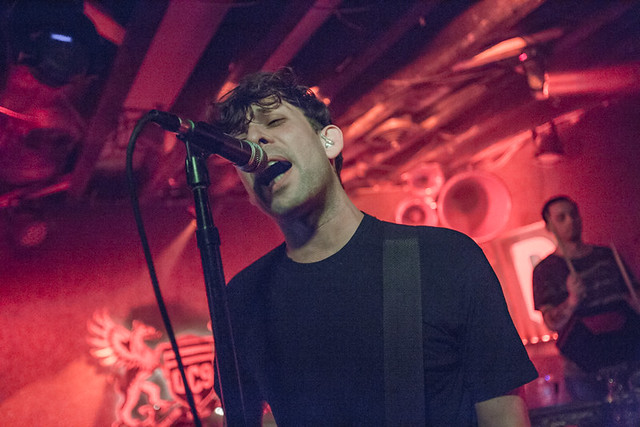 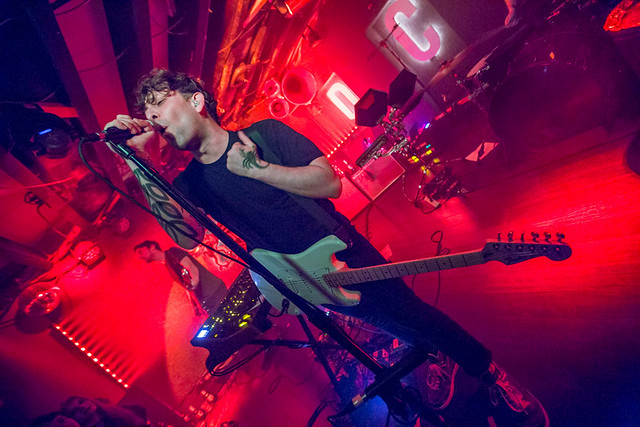 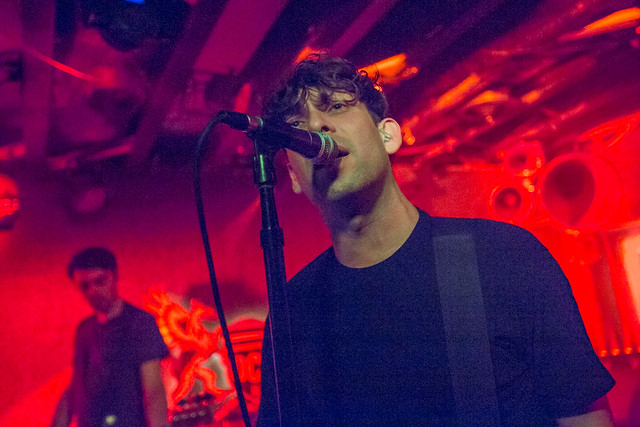 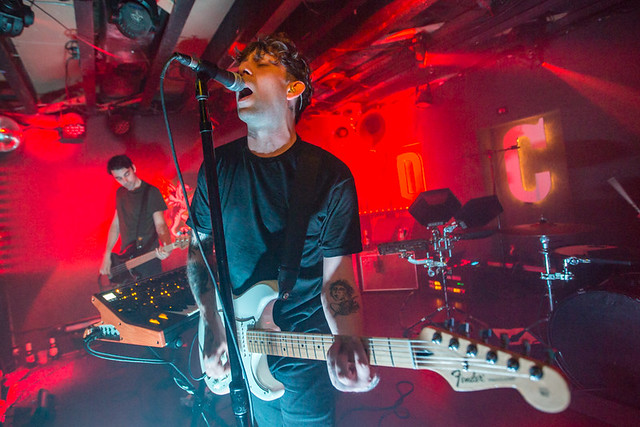 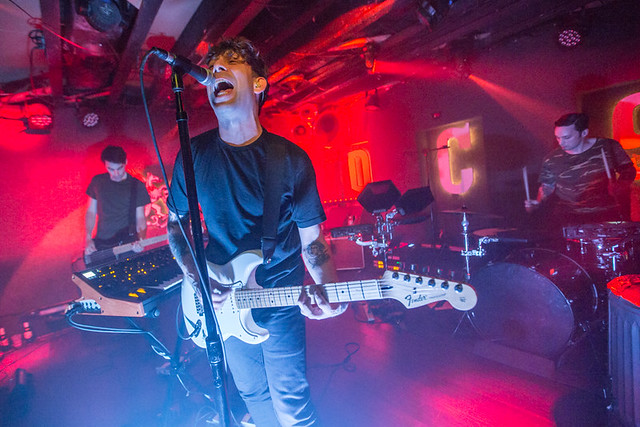 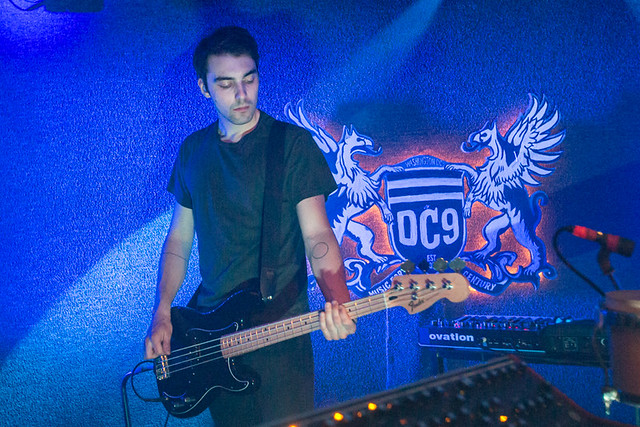 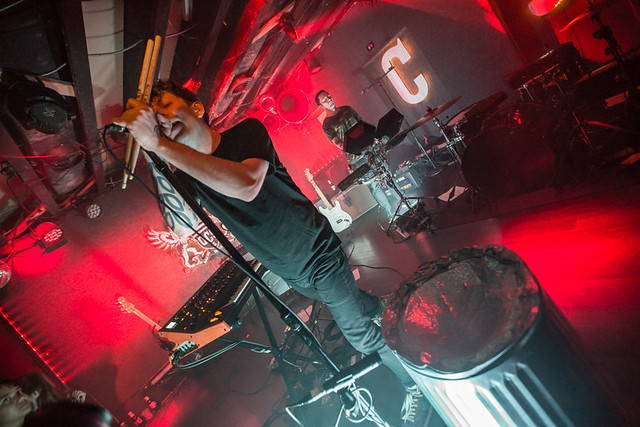 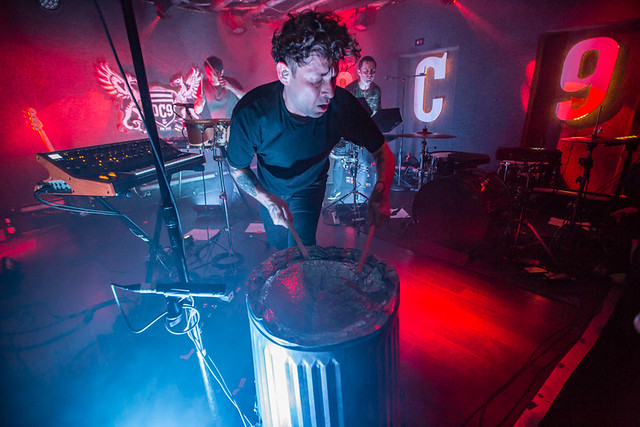 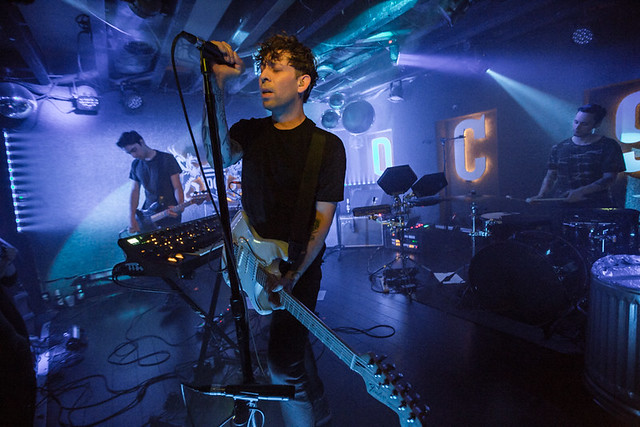 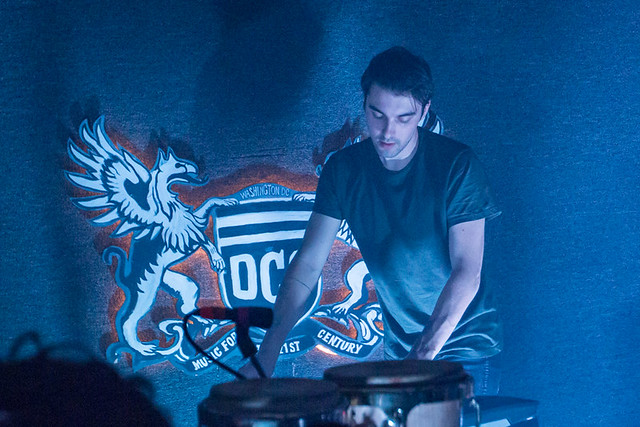 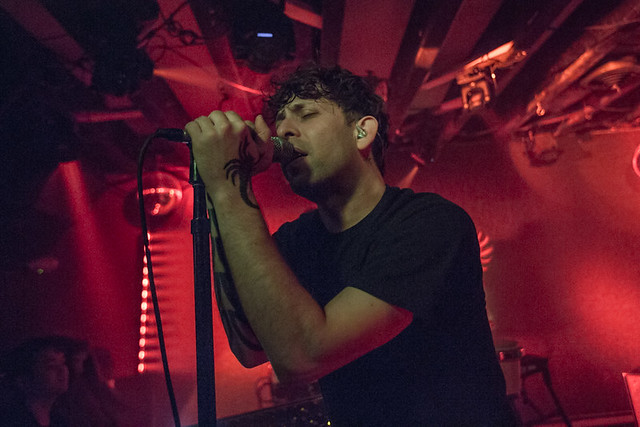 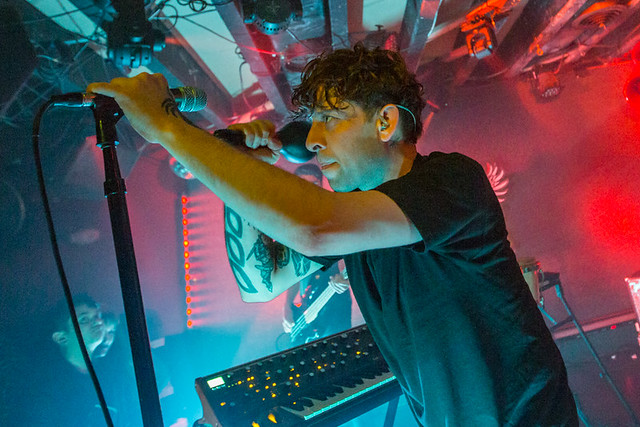