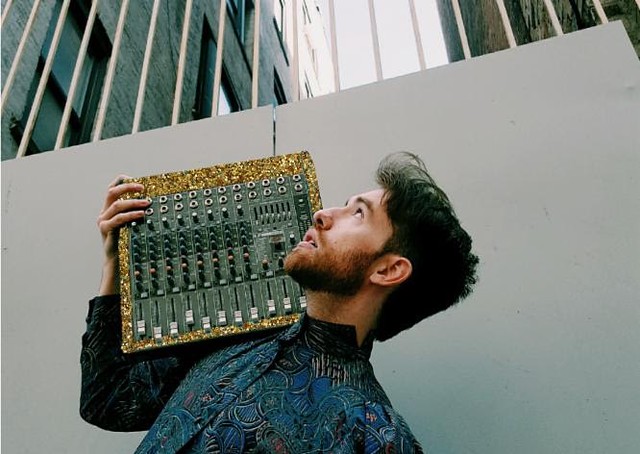 New York City soul artist Michael Blume is planning to release a new EP, Cynicism & Sincerity, on June 8, following on the heels of two previous EP releases in 2016 and 2017. He’s performing at Union Stage on Thursday, May 17, to open Lawrence, the duo of fellow New Yorkers Clyde and Gracie Lawrence.

Earlier this month, Michael released a video for his song “Blunder,” which will appear on the new EP.

“We all make mistakes by allowing the outside world’s ideas of who we should be to infiltrate our own psyches and concepts of self. We all sit in different places on the bus that is life struggling with our own demons,” Michael said. “This video speaks to the ways in which this place of struggle connects us. I believe that empathy is a big part of community growth and I hope the video highlights how alike we all are even when we feel alone with our pain.”

Watch the official music video for “Blunder” by Michael Blume on YouTube:

“His voice is captivating and his music a fantastical tour of harmonies, conscious lyrics, beats, and layers of sound that unite in a soulful blast,” said Ladygunn of the singer.

Last year, Michael released “Lifting You” and “I Am Not A Trend (No Rules),” which appeared on his second EP last fall. A celebration of individuality and self-love, “I Am Not A Trend (No Rules)” features lyrics drawn from his own life experiences and illustrates his musical journey as a recording artist on the rise. Michael released his debut EP, When I Get It Right, in July 2016.’