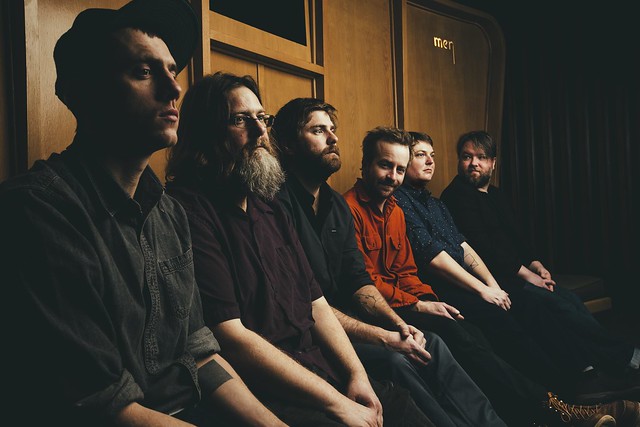 Tramped by Turtles released Life Is Good on the Open Road, their eighth studio album, on May 4 via BanjoDad. The Minnesota-based bluegrass group perform at 9:30 Club on Sunday, May 13.

After a four-year hiatus, Dave Simonett reunited with bandmates Erik Berry, Ryan Young, Dave Carroll, Tim Saxhaug, and Eamonn McLain a cabin in the Minnesota woods to see if the special chemistry they once shared still existed.

“We started cracking beers and hanging out, and all of a sudden it was like, holy shit,” Dave said. “So we went down by the lake and brought a speaker and a bottle of whiskey, and just sat and listened to like six Tom Petty records straight. It felt good as a band to be sharing in that. Somebody we had all admired so much musically, that we could kind of bond over.”

Listen to “Kelly’s Bar” by Trampled by Turtles on YouTube:

“Trampled by Turtles works the turf between rock, bluegrass and other influences. But maybe the only pigeonholing they need is this: They are American originals, still exploring and still delivering moody, evocative music,” said Scott Stroud in a review for the Associated Press.