Sleepy Creek SpringDig returned May 4-6, 2018 for its fifth year to the region’s favorite family-friendly venue, Sleepy Creek on the Potomac in Berkeley Springs, West Virginia. The annual camp-out offers a stellar line-up of local roots music and national superstars, with added attractions such as playgrounds and parades. Chester Simpson took some photos of this year’s Sleepy Creek SpringDig, and folk musician Sally Mae Foster wrote some words to accompany them! 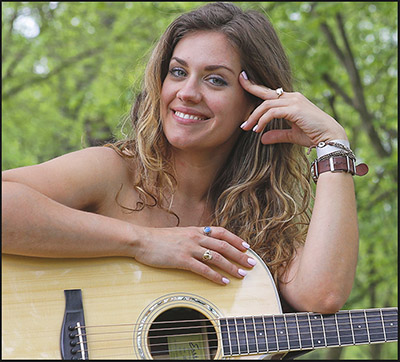 Sally Mae Foster is a folk musician from Virginia who has been performing her original songs in the mid-Atlantic region for 15 years. Her words, music, and voice create a seamless Americana tapestry full of personal sentiment and soulful wonder. Her retro-folk style of fingerpicking and claw hammer guitar, along with her bright harmonica, are reminiscent of Joni Mitchell and Tom Petty.

This year, it felt like winter’s cold blasts wouldn’t leave without a fight. What was the thought that kept me hanging on through the third round of January? SpringDig. I just kept telling myself, “By the time SpringDig rolls around, winter will give up in the face of so much warmth and fun. We will pick and dance the winter away with our sheer joy and enthusiasm!”

And May 4 finally came and brought full-blown spring time with it! We danced and played and ate delicious food and bought quality craft goods. We sang around bonfires, made new friends, reconnected with old friends, and watched the sunrise. We paraded like wild gypsies and shook our tambourines at the rain and thunder and kept on going, churning the mud and swinging our hips and laughing along to the beat of amazing musicians like Keller Williams, Black Masala, Dead Winter Carpenters, and host band Brokedown Hustlers as well as lots more!

And just what is this glorious beat? Well, that would be Danny Moore’s heartbeat. I asked person after person who was participating in the fest this year, What the very best part was for them personally? I asked these vendors, artists, bands, and festers to tell me what is the tug that brings them back year after year? Every single person had the same answer: Danny Moore [the festival director].

Black Masala
Brassy Washington DC-based multicultural outfit, Black Masala, is part of the new generation of go-anywhere brass bands. You can hear this sound all over the world. Visit https://www.blackmasala.com.

Here’s Black Masala backstage dressed up ready for the parade. 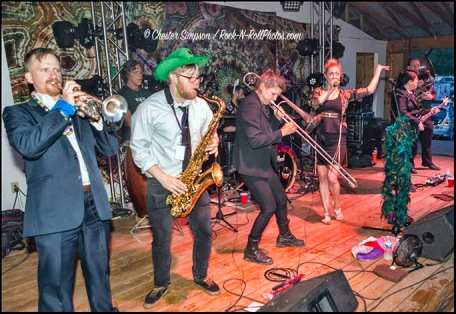 Brokedown Hustlers
A band of outlaws raging a ruckus everywhere they go. Known for their on-stage antics and late night debauchery, they are certainly a band you wanna catch live. Visit https://www.brokedownhustlers.com.

Ladies in front of the stage enjoying the Brokedown Hustlers.

Jeff Austin Band
Jeff Austin is a mandolinist and singer best known for being a part of the Yonder Mountain String Band, a group with whom he parted ways in 2014. Jeff has always considered his voice to be his first instrument. He was drawn to singing at a young age. Visit http://www.jeffaustin.com.

Jeff Austin poses backstage with a fan’s photo of him.

The Judy Chops
The Judy Chops are a group of friends and family who have been an indomitable force in the Virginia music scene since 2008. Their high-energy live shows have been wowing audiences throughout the mid-Atlantic and beyond, blending elements of swing, blues, rockabilly, classic country, and Western. Visit https://www.thejudychops.com.

The Judy Chops perform at SpringDig. 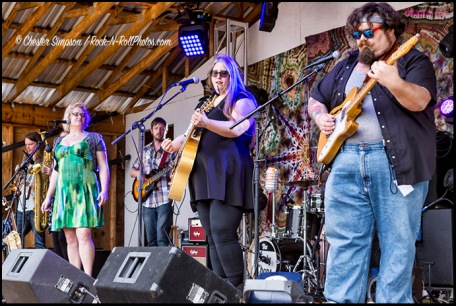 Dead Winter Carpenters
Hailing from North Lake Tahoe, California, Americana band Dead Winter Carpenters has built a reputation for pouring their heart and soul into each performance. In just a few years, they have positioned themselves, wrote Portland Metronome, “at the forefront of a youthful generation trying to redefine what string music is and what it can do.” Visit http://deadwintercarpenters.com.

Keller Williams backstage getting ready to go on stage after a two-hour rain delay on Saturday.

For more information on the Sleepy Creek SpringDig, including details on next year’s festival when available, visit https://sleepycreekpresents.com/springdig.

Here are some more scenes from around Sleepy Creek SpringDig. All photos copyright and courtesy of Chester Simpson. 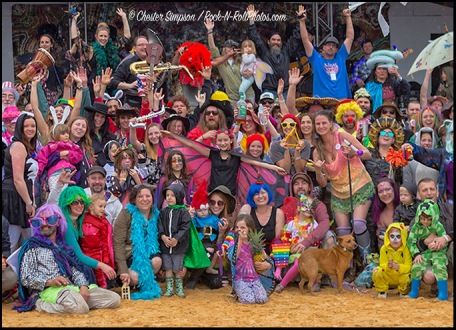 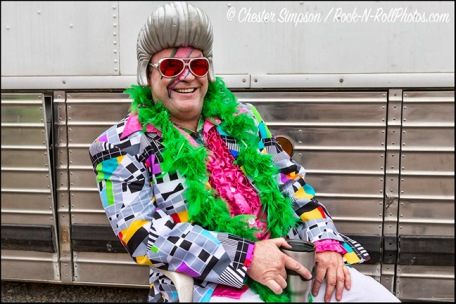