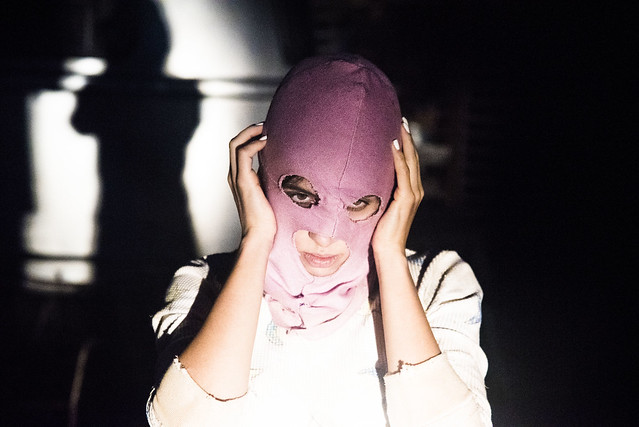 Russian punk protest group Pussy Riot will stage a concert, or maybe a protest, at Black Cat on Wednesday, May 23. Whatever these women do, it will likely be well worth the price of admission!

“Pussy Riot has never done normal concerts in usual sense of this word, and we intend to continue this tradition. Events that we organize are political rallies, not concerts. We intend to make the audience leave the venue or the festival, and to go out and act,” Pussy Riot said in a recent statement.

That said, Pussy Riot have released a number of songs in recent years to fuel their political protests. Those songs include:

Watch the official music video for “Bad Apples” by Pussy Riot and Dave Sitek on YouTube:

“Whether Pussy Riot’s move from noisy punks to its current electro-pop experiment is simply based on its new members and/or tastes, or a way to acknowledge that the most potent form of protest music in 2018 is much more influenced by rap than rock, the act’s first-ever Chicago appearance drew the attention it needed to keep its rallying cry alive for another day,” said Jessi Roti in a review for the Chicago Tribune.