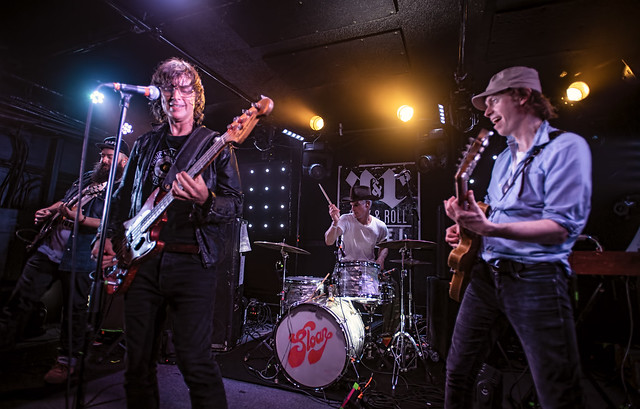 One of the great things about Sloan is their ability to continuously create albums that you keep going back to for repeat listens, and the new LP is no exception. From the first track, the Chris Murphy-penned “Spinning Our Wheels” to “44 Teenagers,” a song written by Andrew and referencing both the loss of The Tragically Hip’s Gord Downie and the Toronto Maple Leaf’s “Bashin'” Bill Barilko, 12 is full of the brilliant pop that has come to define this band. 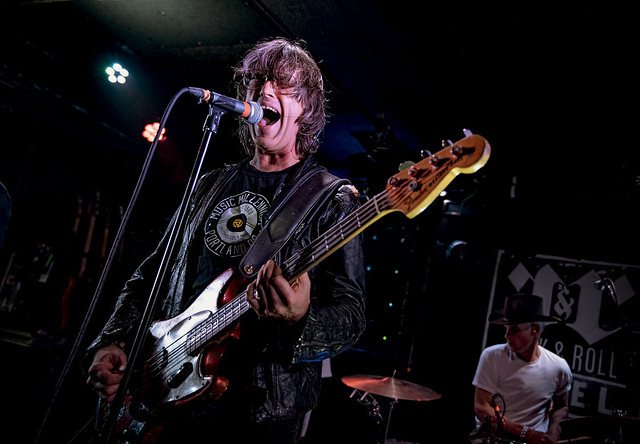 I had seen Sloan play the Rock & Roll Hotel a couple of years back for the One Chord to Another 20th Anniversary Tour, so I was ready for the massive gear and stage set up. Patrick’s stacks of Traynor amps, Andrew’s classic drum kit which for tonight had traded the “Andy Sabola” bass drum head for the Sloan logo, Jay’s Fender Tele, and Chris’s old Fender Mustang bass crowded the stage while the band’s techs in orange jumpsuits ran about.

What I wasn’t prepared for was what followed. As the lights dimmed, Chris, Jay, Andrew, and Gregory Macdonald (who has been touring with the band for the past few years as keyboardist/percussionist/vocals) walked onto the stage, Chris said, “Patrick isn’t feeling well. That’s the bad news, but the good news is Gregory saves the day,” as Gregory took Patrick’s position at stage right. It looked to be a rocky start as Chris jokingly asked, “How many times have you played this song?” “It’ll be exactly one,” replied Gregory. But you couldn’t tell as the band launched into “Spinning Our Wheels.”

There were some odd moments too, as Chris noticed several concert goers that seemed a wee bit young, even for an all-ages show. And the setlist, which was written with a heavy dose of Patrick’s tunes, was quickly changed a bit on the fly. The band acknowledged this (“Thanks guys. This is weird.”), and in the same moment, the gents made one of the coolest, most memorable shows I’ve seen in some time.

As Sloan does in its live shows, each member changes position based on the song. Andrew, dressed in a cool cowboy hat, took over guitar duties, as Chris sat behind the drum kit and Jay took over the bass on songs like “Year Zero” and “People of the Sky.” For other songs, it was Jay or Chris who took over the lead role. And a few times, Gregory and Chris harmonized into the same mic.

After a brief intermission, the band returned to the stage with “Don’t Stop (If It Feels Good Do It)” from the new album and played another hour’s worth of material, pulling from nearly all of the past 27 years. Just before coming out for the encore, the band even covered one of my favorite Guided by Voices songs, “Smothered in Hugs.” A fitting tune too as the audience chanted “We love you, Patrick” — both a proclamation and, perhaps, a psychic hug to the missing band member.

It was definitely a weird, wonderful, sweaty, and amazing show — and one that I’ll remember forever.

Sloan continue their tour through the summer. Definitely check them out here!

SET 1
Spinning Our Wheels
Coax Me
Who Taught You to Live Like That
Ready for You
Step On It, Jean
Year Zero
People of the Sky
Living with the Masses
Penpals
The Lines You Amend
Underwhelmed

ENCORE
The Rest Of My Life
The Good In Everyone

Here are some pictures of Sloan performing at the Rock & Roll Hotel on May 11, 2018. All photos copyright and courtesy of David LaMason. 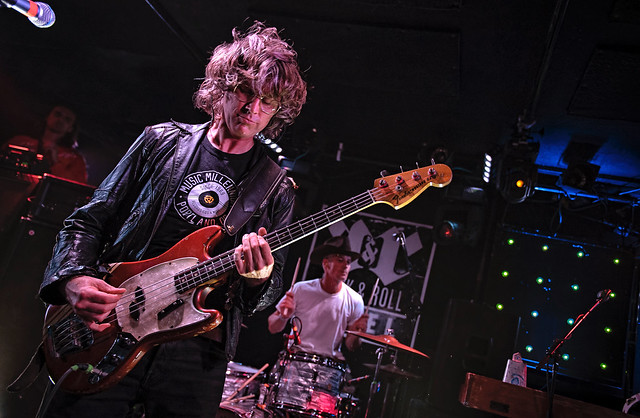 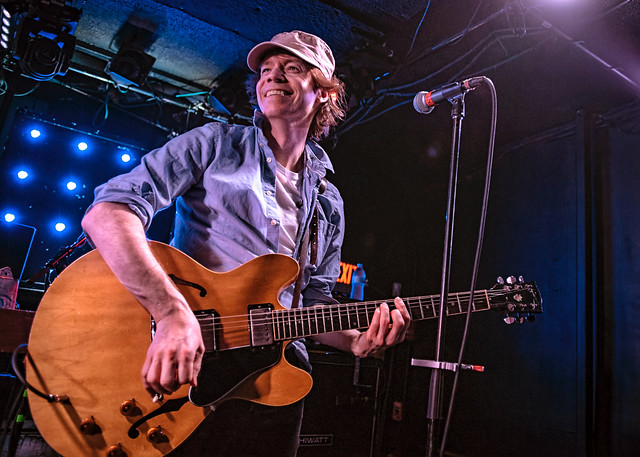 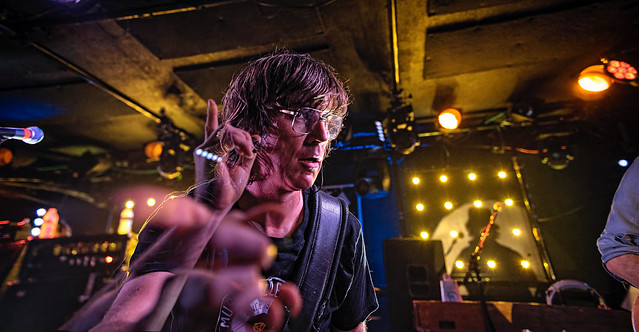 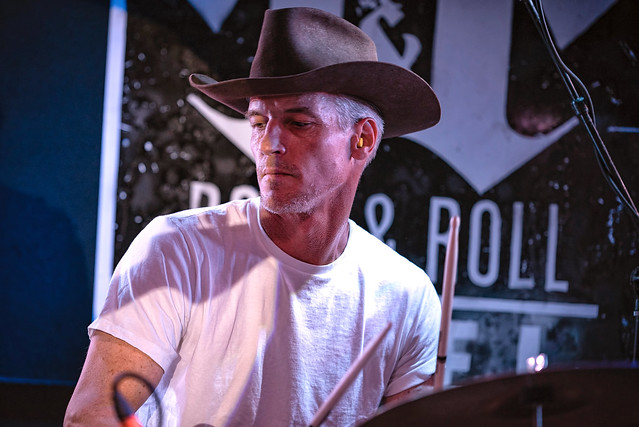 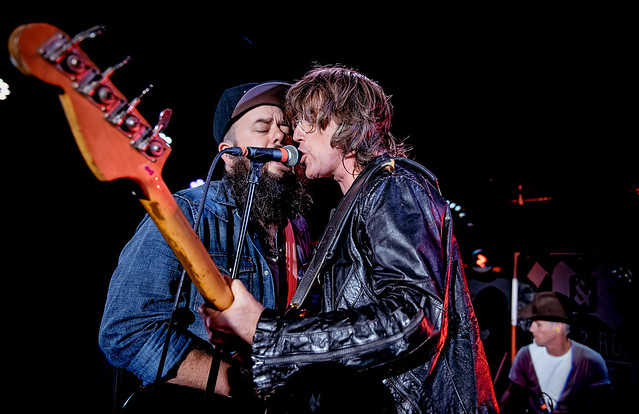 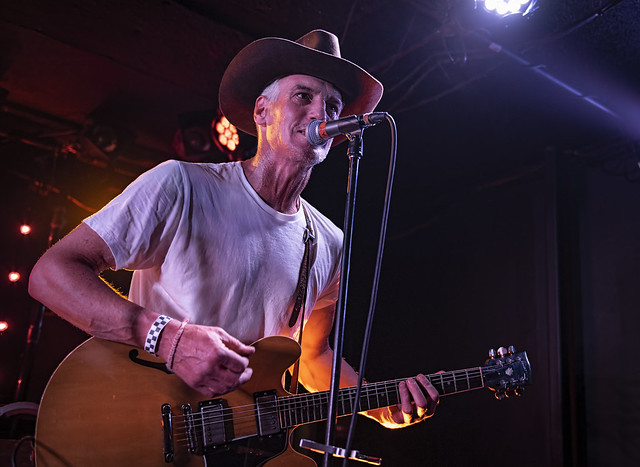 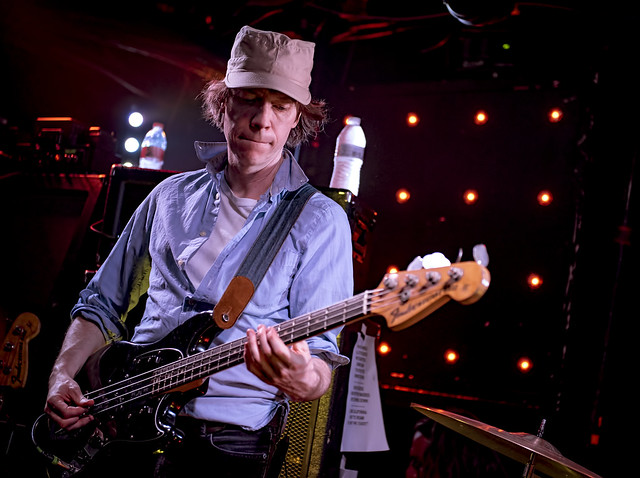 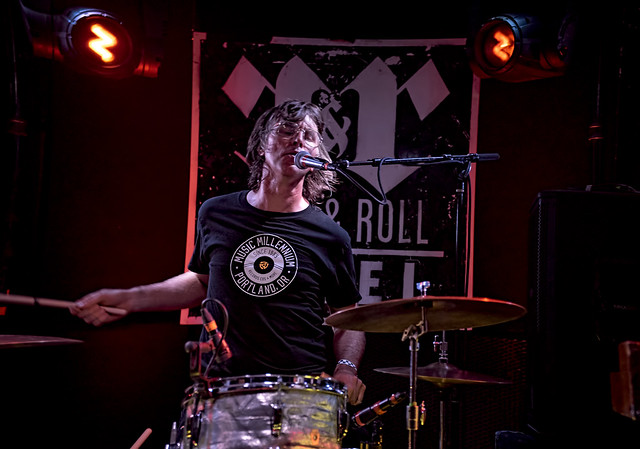 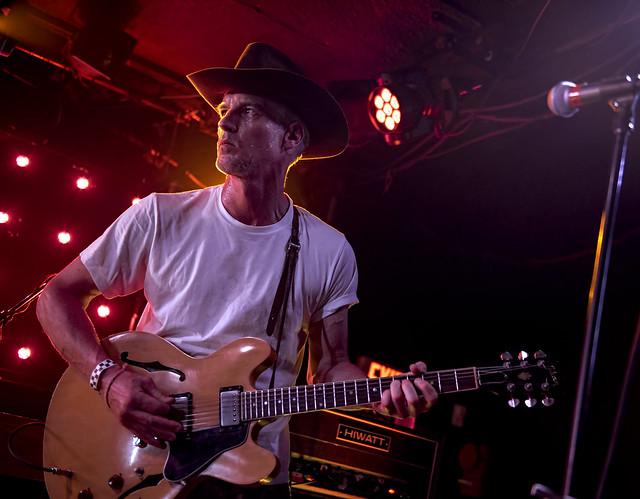 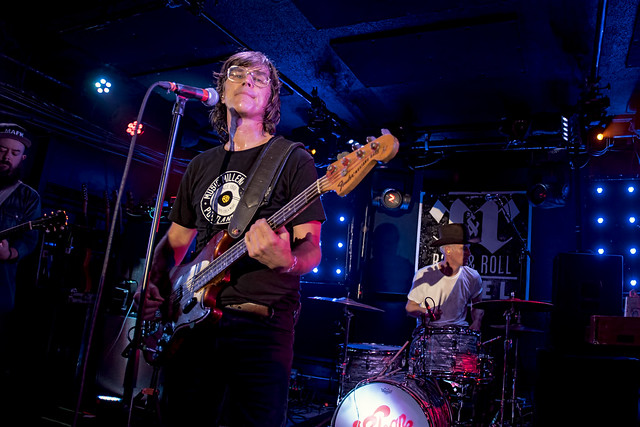 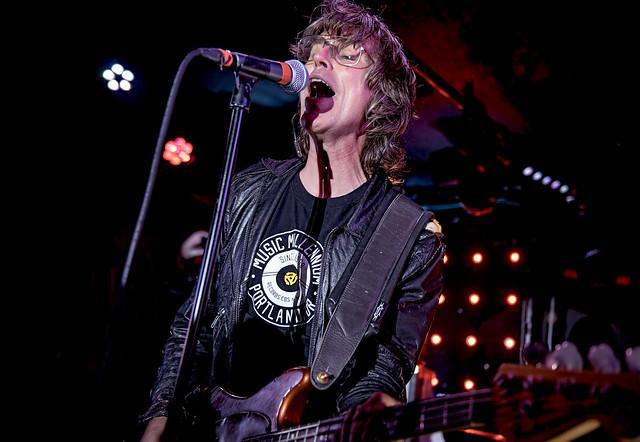 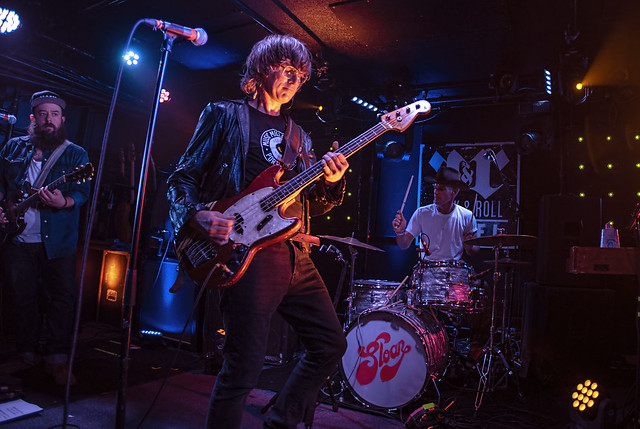 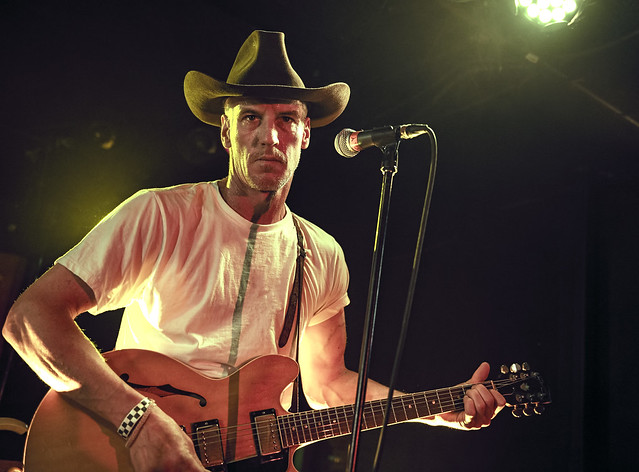 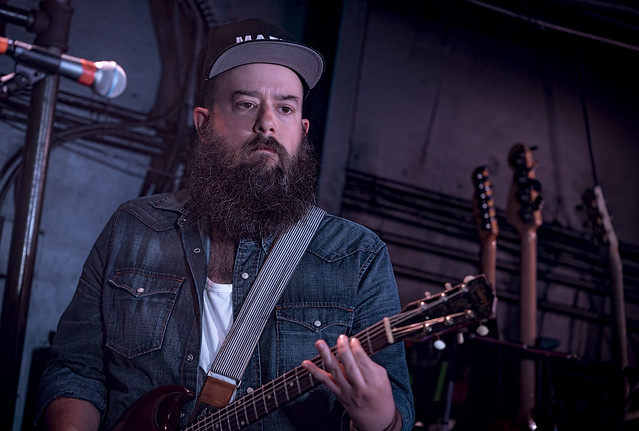 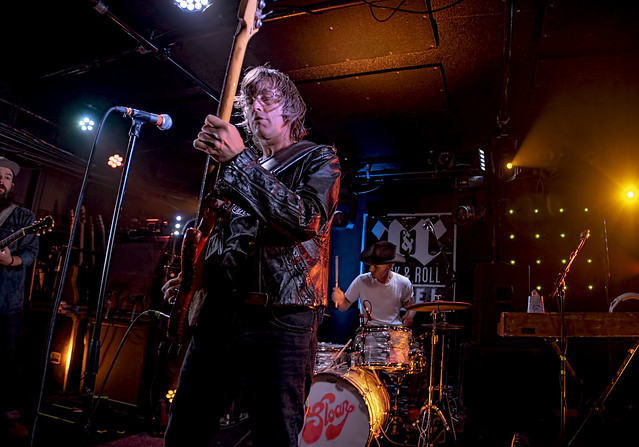 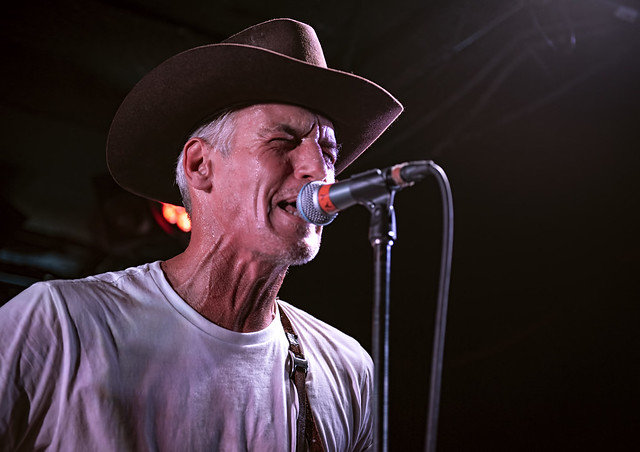 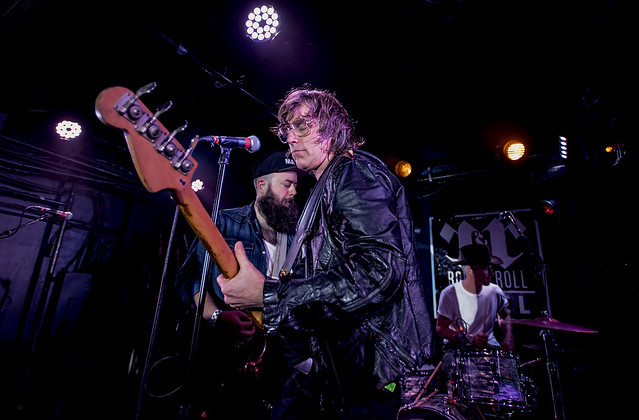 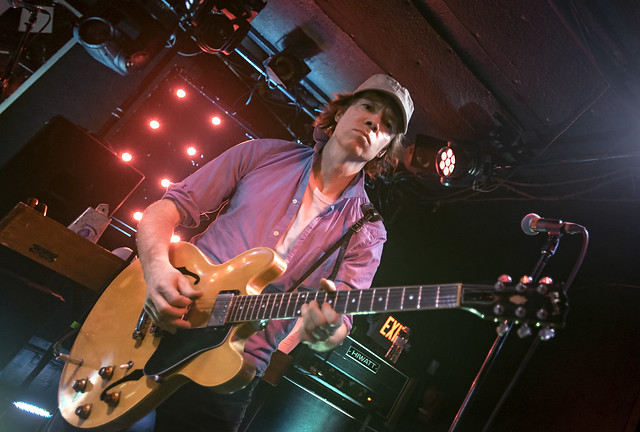 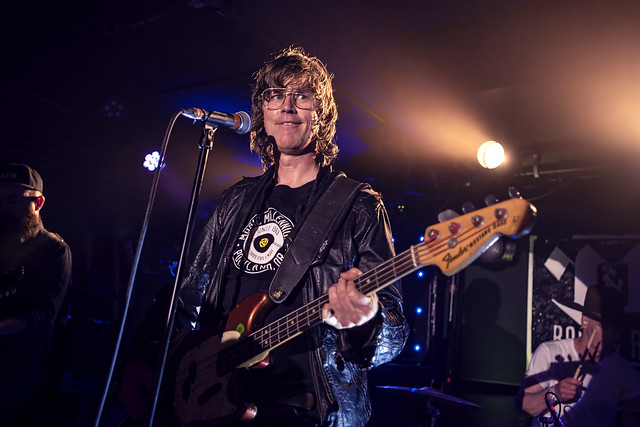 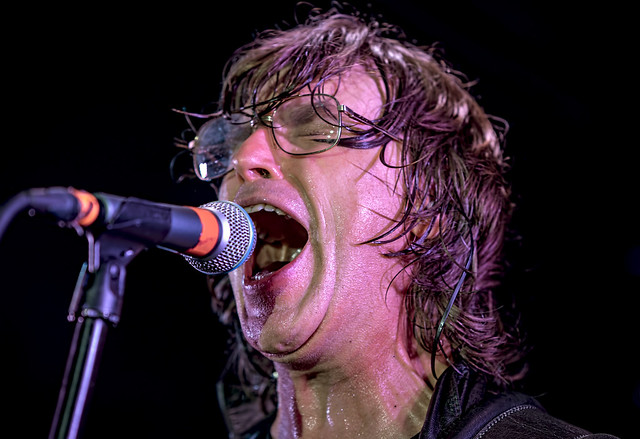 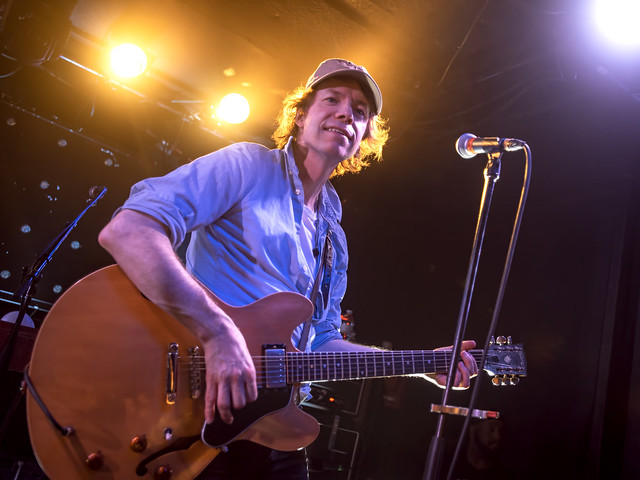 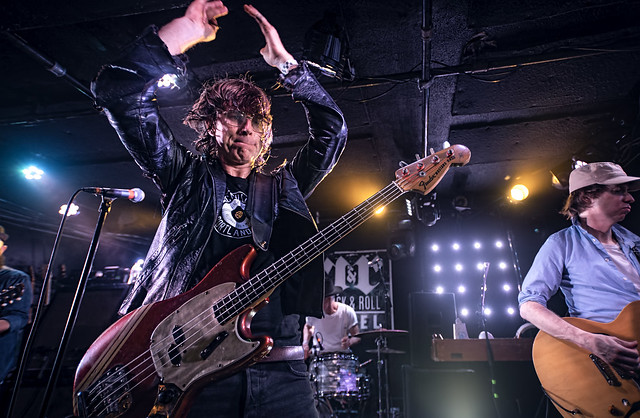 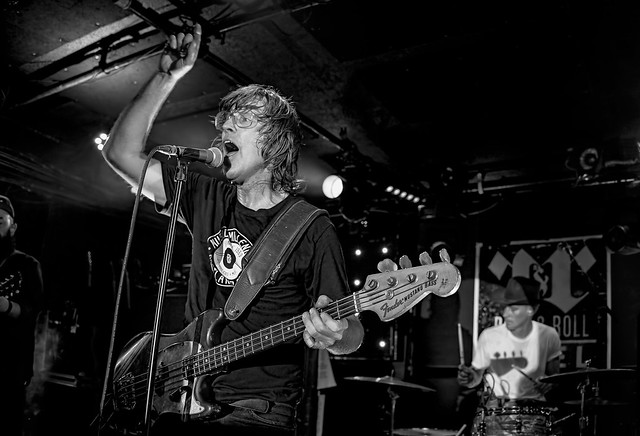 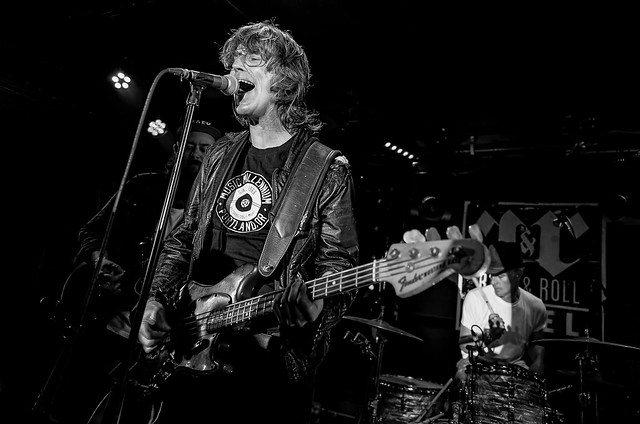 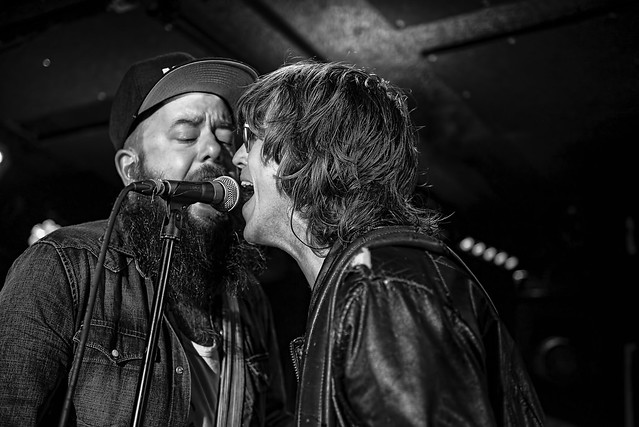