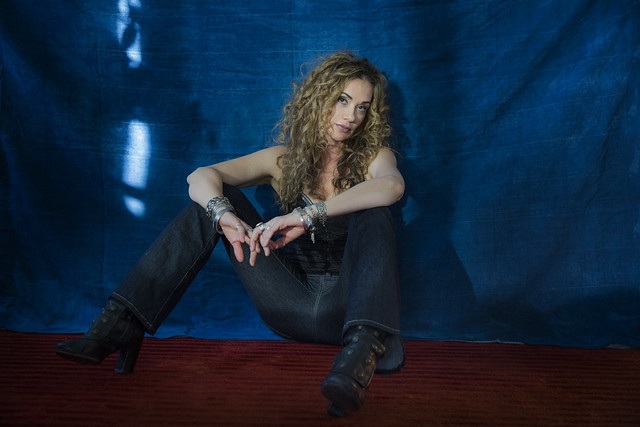 Dana Fuchs will release Love Lives On, her seventh studio album, on Friday, May 18, and then she will perform at The Hamilton on Saturday, May 26.

New Yorker Dana went to Memphis to record her new record. You may know the soulful rock ‘n roller from playing Janis Joplin in Love, Janis, an off-Broadway musical tribute, or from playing Sexy Sadie in the 2007 film Across the Universe, which brought to life classic Beatles characters.

Watch the official music video for “Love Lives On” by Dana Fuchs on YouTube:

Dana successfully crowdfunded Love Lives On through PledgeMusic to publish the album through her own label, Get Along Records. Dana said the new album is about “hope and redemption.”

“My songs, my past albums, have all been dark, hard-luck sort of tunes. And, of course, that’s in these songs. But it’s the first album I’ve ever written that has some happy songs on it,” Dana said.

“The message is really just hope,” she added. “And not personally, but hope in our world and us as a human race. Because these are such seemingly dark times — the hatred and divisiveness.”