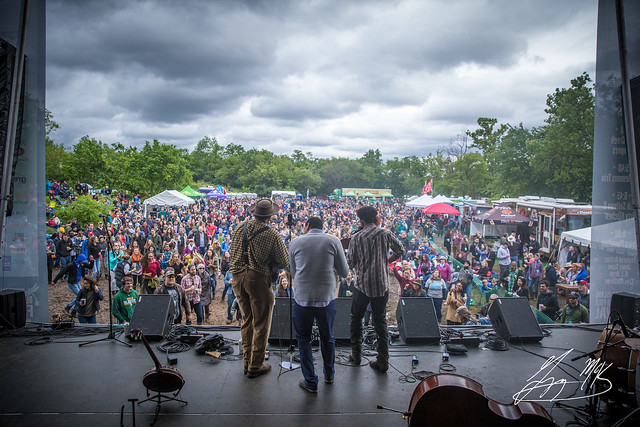 Make sure to put the Kingman Island Bluegrass and Folk Festival on your calendar for Saturday, June 9. For just $35 a ticket, you get eight and a half hours of music, from noon to 8:30, with five stages of acts to choose from. The festival is family friendly, including your four-legged children!

The festival has booked a diverse set of outstanding artists to perform this year. Headliners Ganstagrass, known for the Emmy-nominated theme song to the FX series Justified, play a unique brand of bluegrass/hip-hop fusion.

Many of the best local and regional artists will appear at the festival, produced by Living Classrooms. The American Songster Revue includes DC area resident Dom Flemons, who won a Grammy for best Traditional Folk Album in 2010 as a member of the Carolina Chocolate Drops. I had the privilege of seeing fellow Songster Revue member Amythyst Kiah open for Valerie June last year, and she put on an outstanding performance.

Never been to Kingman Island? It’s easy to go, nestled between the banks of the Anacostia River. Learn more about Kingman Island. And buy your tickets for the festival online. 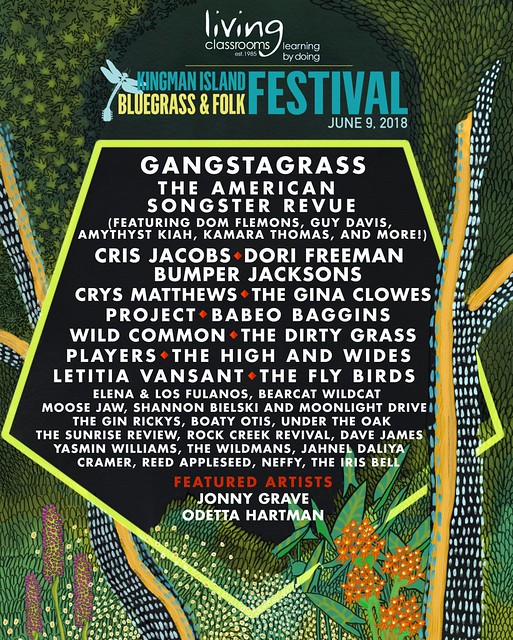