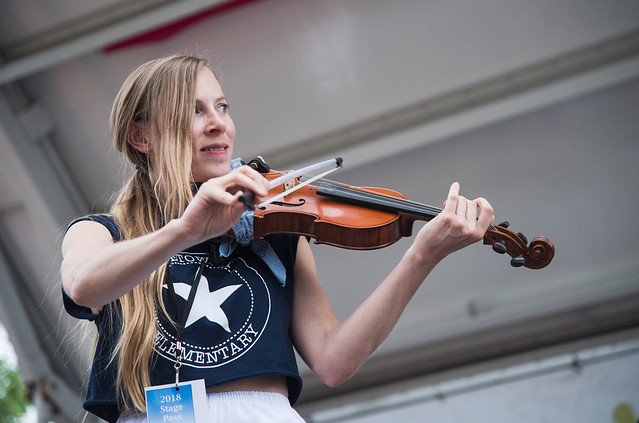 River Whyless performs at the Herndon Festival on June 2, 2018. (Photo by Mark Caicedo)

By the time River Whyless took the stage at the Herndon Festival on Saturday, not a drop had fallen all day — and both band and audience were hopeful that it would stay that way for at least one more 45-minute set. The threat of storms made the day a risky proposition, but the rain, thankfully, held off.

River Whyless —  Halli Anderson (violin, guitar, vocals), Alex McWalters (percussion, drums), Ryan O’Keefe (guitars), and Daniel Shearin (bass, guitars) — hit the road on June 1 for a tour that runs through the summer and fall in support of a new album, Kindness, A Rebel (to be released on June 8).

But because the previous night’s performance had been rained out, the Herndon Festival would see the live debut of several new songs. Or as Halli put it, we would witness them being “born.” For a live music aficionado like myself this was (ahem) music to my ears. The true test of a song’s durability and accessibility is performance in a live setting.

Opening with “Kalangala” from River Whyless’ second full length album, 2016’s We All the Light, we were immediately treated to the band’s gorgeous three-part harmonies, African soukous-inspired guitar, and the song’s driving syncopated percussion. Then the new songs began. “Born in the Right Country” was a rocker that makes oblique references to the country’s current immigration debate. With its ironic lyrics “I am your new king… I am the inside and you’re out” and “manufactured truth is easy to sell, when you own the factory and you own the hearts of the clientele,” River Whyless’ commitment to social justice was clear.

Although their lyrics were meaningful poetic statements, River Whyless was about the music. Indeed, as “…Country” kicked into gear, one couldn’t help but start tapping one’s toes and joining in on the chorus. Other new songs born this afternoon included “Van Dyke Brown” with its lively melody and driving steel drums, and the vaguely Beatlesque “Darkness in Mind.” A highlight for me came early in the set with the new song, “Motel 6.” With a lilting waltz with a simple strummed melody and falsetto chorus, the song was a heartbreaking examination of the tension between the musician’s lure of the open road and the need for stability, family, and love: “I’ve spent my whole life moving, I’ve spent my whole life on the road, from a dream I’m waking up, and for the first time, I’m terrified of waking up alone.”

As the set wound down, the wind kicked up and the storm clouds began to move in. The next to last song, “Life Crisis” (from “We All The Light”), turned out to be the last song. The rain, which waited most of the day, finally arrived, depriving us of one more new tune.

I’ve now followed River Whyless since shortly after their first full-length album, A Stone, A Leaf, An Unfound Door, was released in 2012. A self-titled EP followed in 2015, and We All the Light, the following year. Although based in Asheville, North Carolina, the quartet is intent on seeking new musical challenges and influences, writing and recording in a variety of settings including the Maine backwoods, the Cape Cod winter, the Oregon coast, and the Texas/Mexico border.

And although not shy about sharing a political and social viewpoint, River Whyless music is, and always has been, about life, nature, inclusiveness, tolerance, and love. The new album is no exception. The band puts it quite succinctly: “Kindness, A Rebel is not an attempt to offer political or social solutions. It aims to express what we feel is a first step toward a constructive conversation. It’s both a celebration and perpetuation of the freedom we all have to speak, to disagree, to be both challenged and enriched by our collective differences.”

For folks who couldn’t make it to River Whyless’ set at the Herndon Festival, they’ll get another chance Friday, June 8, at Grist Mill Park. The show is free! Find details on the Fairfax County website for its Summer Entertainment Series.

Here are some photos of River Whyless performing at the Herndon Festival on June 2, 2018. All photos copyright and courtesy of Mark Caicedo. 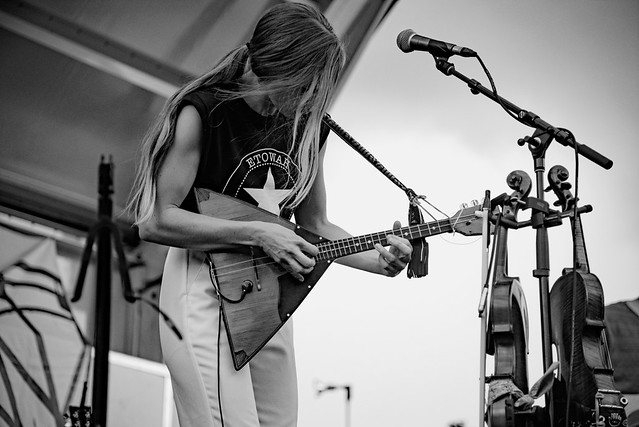 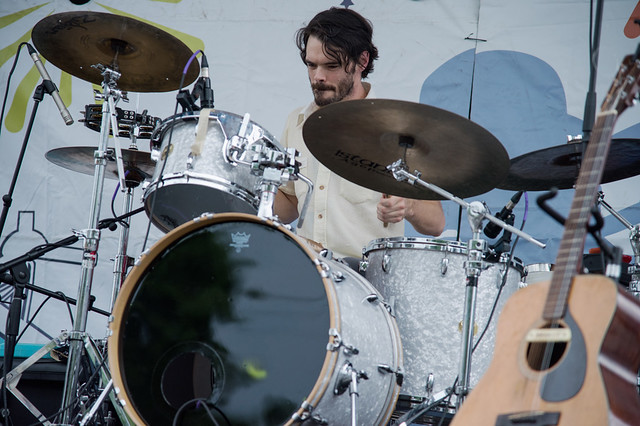 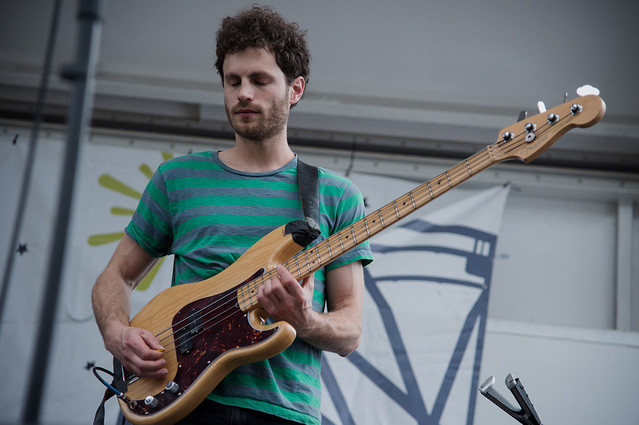 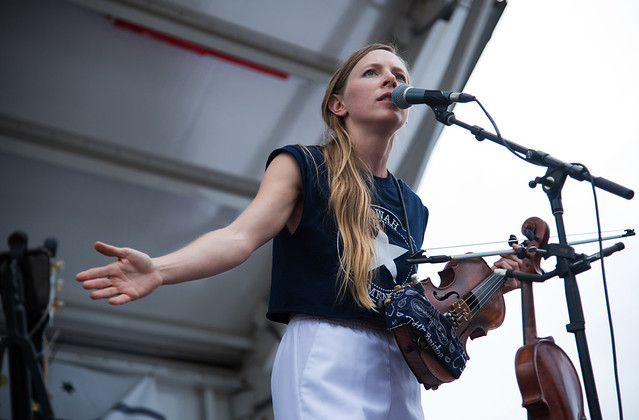 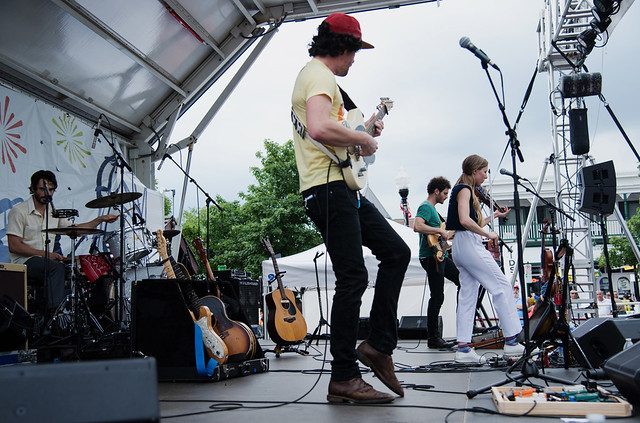 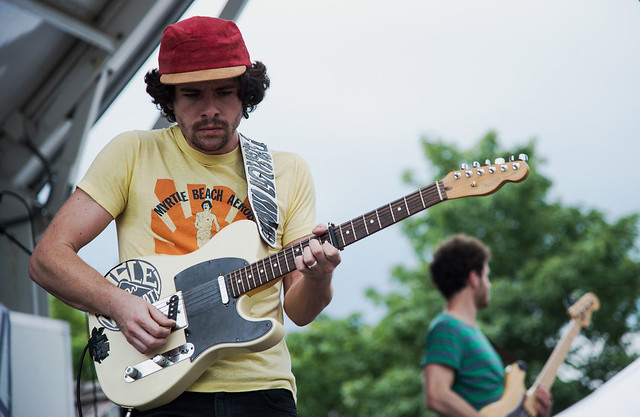 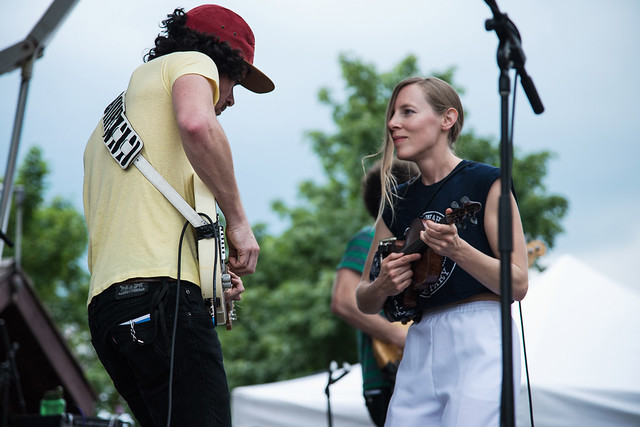 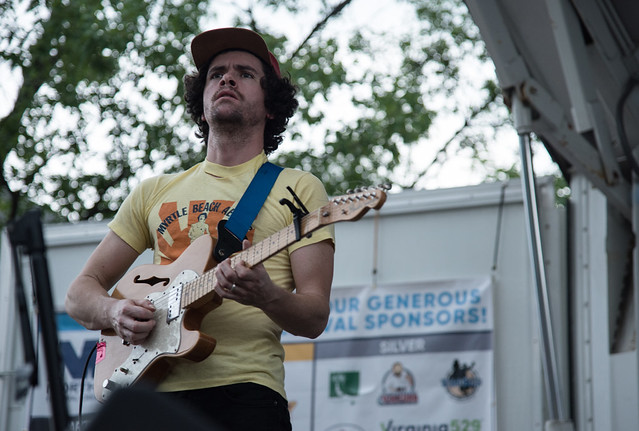 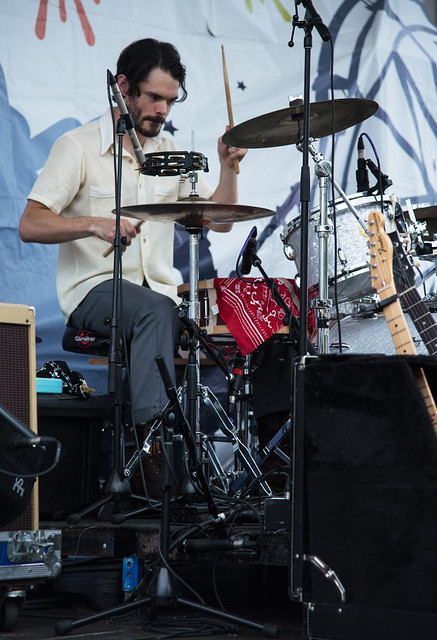 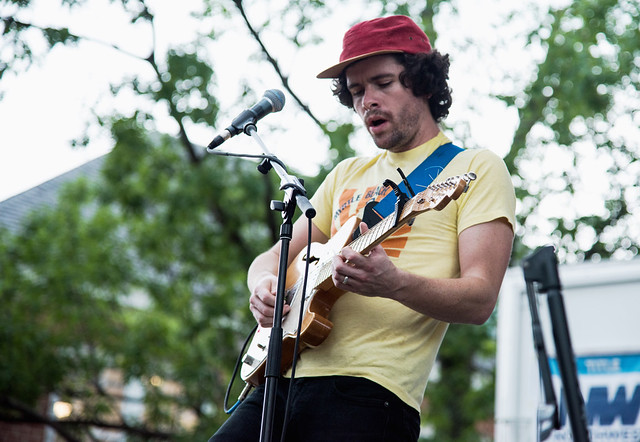 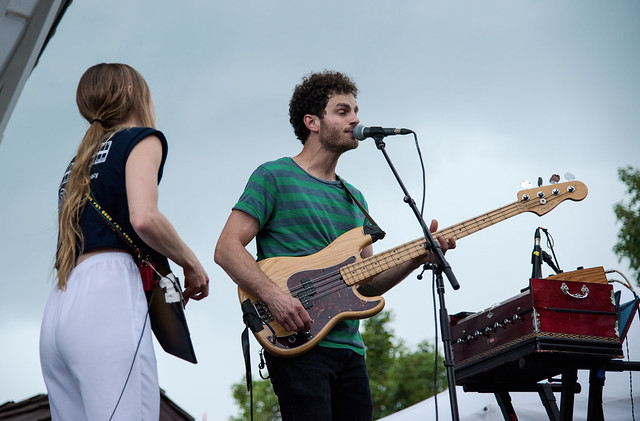 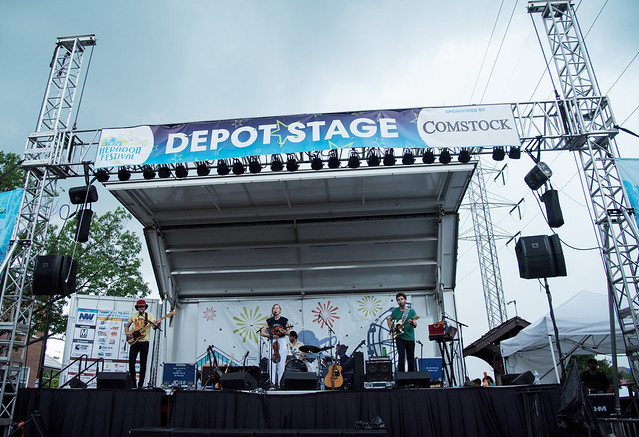