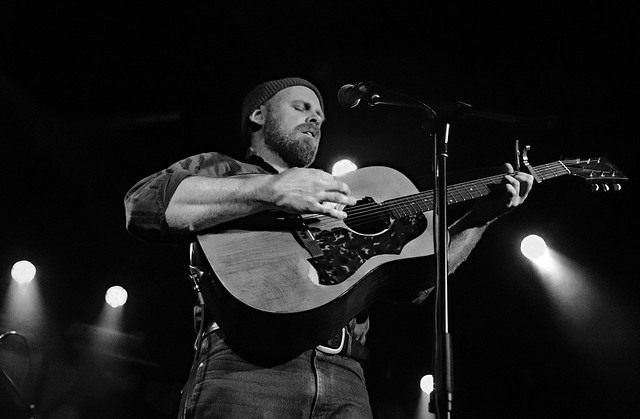 Union Stage was practically the perfect venue, spacious yet intimate, to see this band perform its mix of melodies both sensitive and hard-hitting on Wednesday. This incarnation of Horse Feathers includes Justin on guitars and vocals; Nathan Crockett on violin, mandolin, saw; Robby Cosenza on drums; and J. Tom Hnatow on bass, pedal steel guitar. They demonstrated abundant musical muscle while still allowing each song’s soul to shine.

The show opener “Without Applause” set the up-tempo groove for much of the evening. Next “Don’t Mean to Pry,” with its loping comfortable rhythm and happy melody, followed with “Altamont” (featuring Nathan’s violin). These first three songs, from Appreciation, gave us a nice taste of the new album’s diversity but by the fourth song, the gorgeous ballad “Helen,” (from 2008’s House with No Name), we began to get a feel for Horse Feathers’ extensive catalog.

And an impressive catalog it is: singer/songwriter Justin began recording with multi-instrumentalist Peter Broderick in Portland, Oregon, in 2006, producing a debut LP on Lucky Madison records, Words Are Dead. Over the next few years, Horse Feathers featured a rotating cast of players including Peter Roderick’s sister Heather on cello, current violinist Nathan Crockett, and later, multi-instrumentalist Sam Cooper. Soon after signing with the Kill Rock Stars label, Horse Feathers proceeded to release five albums including House with No Name, Thistled Spring (2010), Cynic’s New Year (2012), So It Is with Us (2014), and Appreciation.

The evening’s set list drew from this wide array of current and previous work:

Midway through the show in a sort of divine intervention moment, Justin popped a string and simultaneously lost his capo, stopping a song just as it had gotten started. With a less experienced artist such an occurrence might spell disaster, but Justin instead stopped and in amazement saying, “Well, I don’t think THAT’S ever happened before!” Deftly picking up another guitar, laughing off the impromptu interruption, he launched into the number with renewed vigor.

So it is with Horse Feathers’ music, with Justin singing about love, hardship, loss, and resiliency. The show closer, “Curs in the Weeds,” with the signature line, “Only once, I’ll call off the dogs, if you call off your guard,” accompanied by a sublimely lovely melody and an unforgettably poignant violin, left us assured that although life may feel overwhelming and tragic, there is still beauty and hope for the future… something we could all use now. 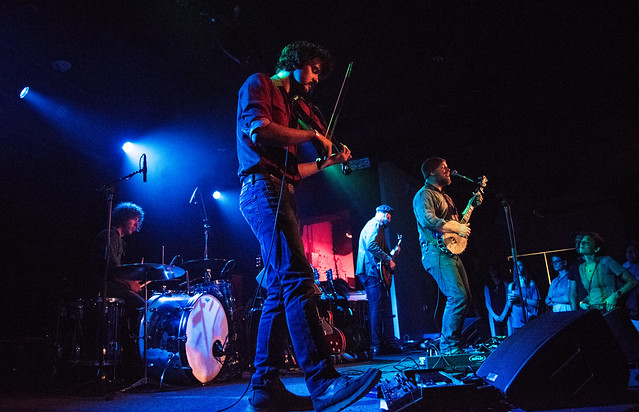 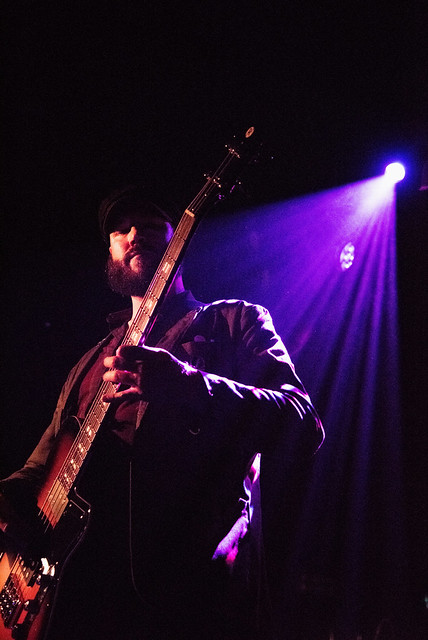 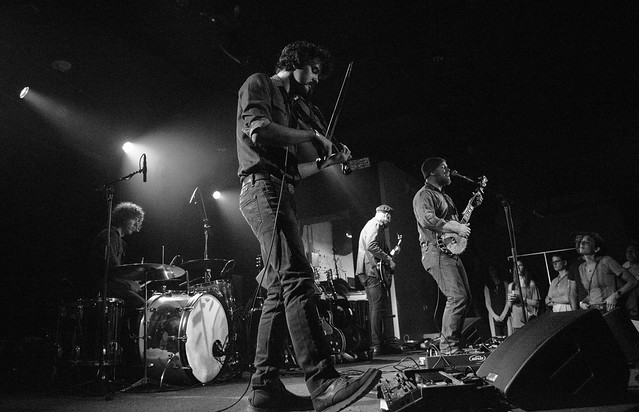 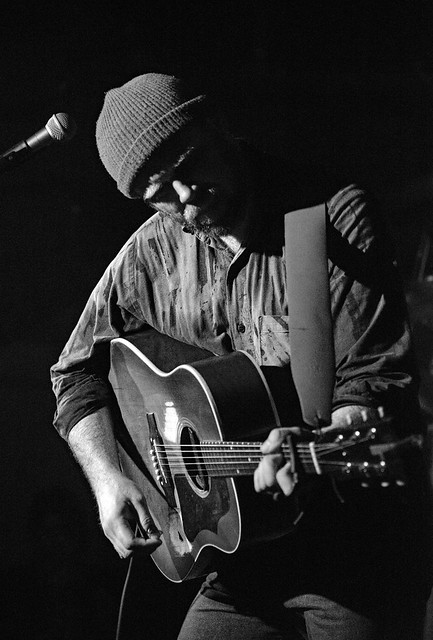 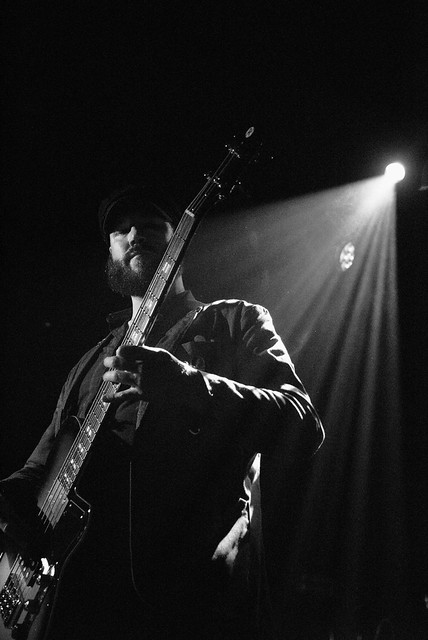 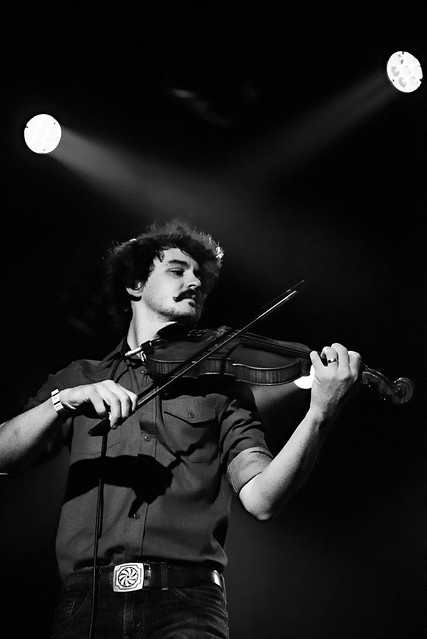 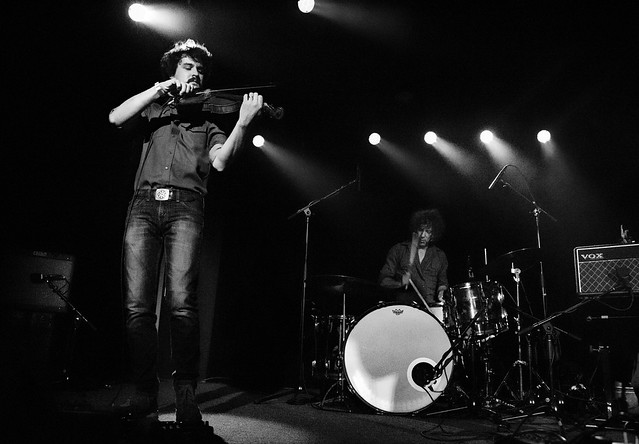 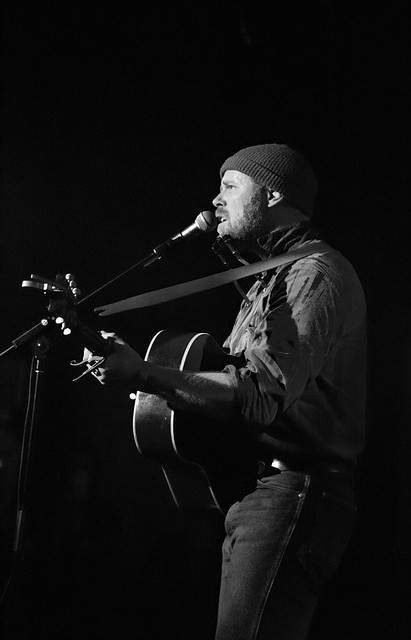 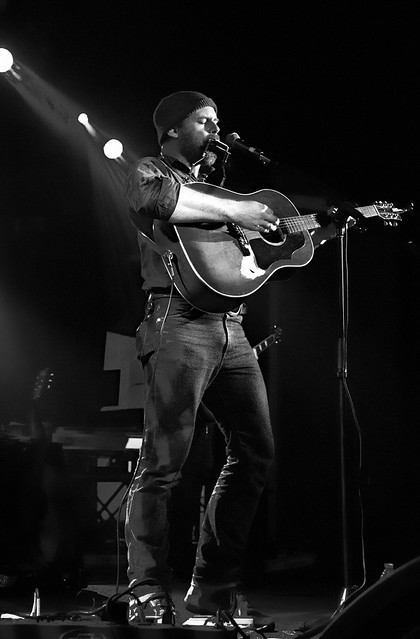 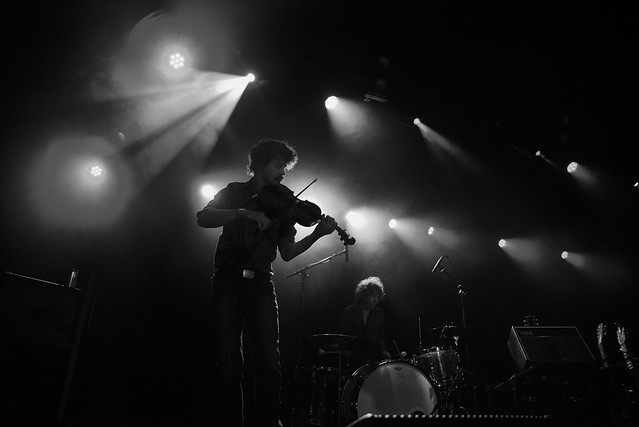 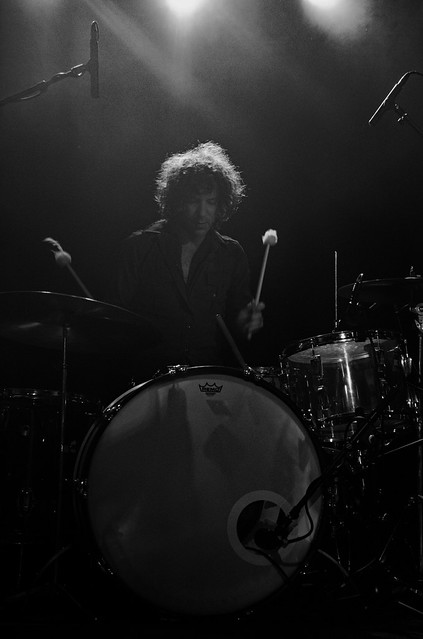 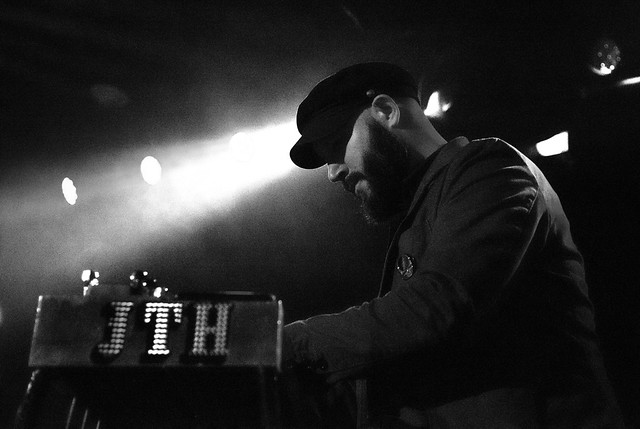 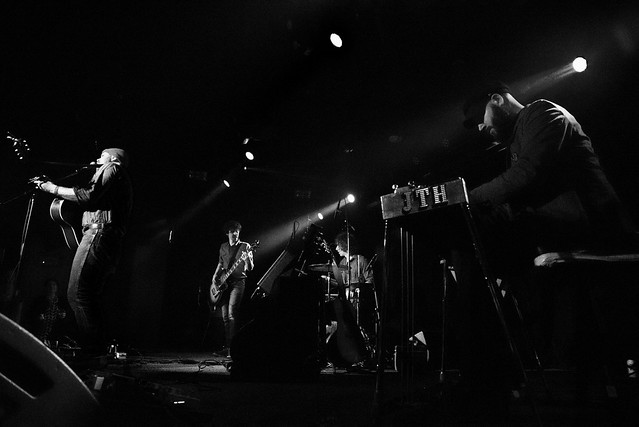 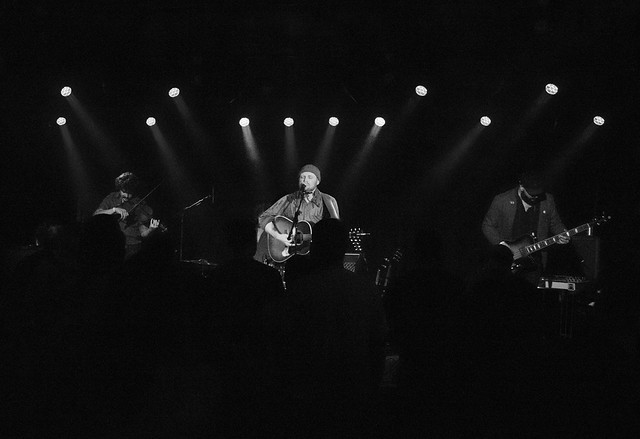