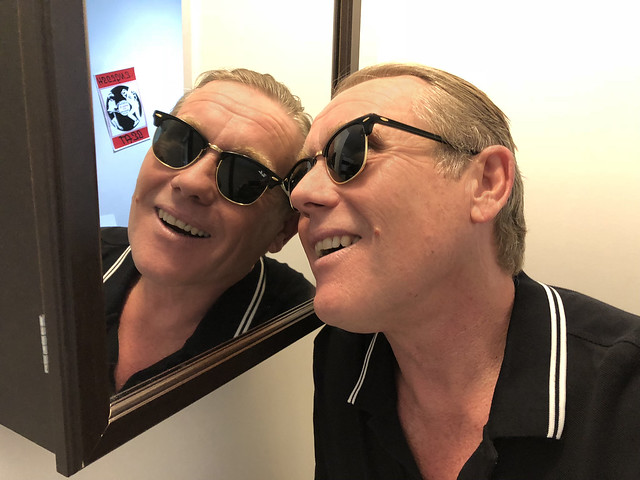 Dave Wakeling of The English Beat (Photo by Jay Gilbert)

Dave and company will play some of those songs along with old favorites at the State Theatre on Thursday, June 21.

Dave applies his singular wit and knack for raucous rhythms to 13 new songs by The English Beat on the latest record. He recorded it over two years in between stops on his relentless touring schedule. So perhaps we will hear ska, punk, and reggae songs like “How Can You Stand There?,” “If Killing Worked,” and “Here We Go Love” mixed in with standards like “Twist and Crawl,” “Mirror in the Bathroom,” and “Save It For Later!”

Listen to “How Can You Just Stand There?” by The English Beat Starring Dave Wakeling on YouTube:

Here We Go Love references the vitality of the early days of The English Beat, while incorporating the wisdom of experience — all the while bursting with energy. Dave assesses notions of love, self, identity, and of course politics for today. The song “The One And Only,” for example, examines, “the Donald Trump in all of us. It is too easy for us to just point fingers.”

In a review for AllMusic, Mark Deming praised the “pop hooks and dance-friendly rhythms” of the new album.

“Wakeling’s voice is as strong and expressive as it was in the ’80s, and “How Can You Stand There,” “If Killing Worked,” and the foul-mouthed title tune show he’s still a pithy lyricist with a sharp point of view. In short, Here We Go Love is convincing evidence that Wakeling still has plenty of good music left in him, and he leads a band that’s tight, versatile, and full of joy and fire,” the review said.