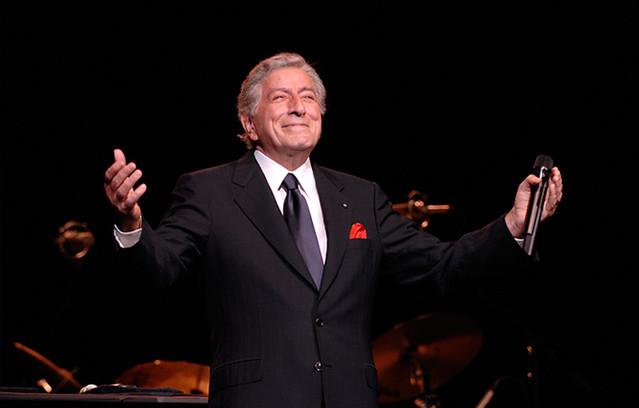 Now 91 years old, Tony has released 57 studio albums, 11 live albums, 31 compilations albums, three video albums, one EP, and 81 singles, according to Wikipedia. He released his first studio album, Because of You, in 1952, and his most recent The Silver Lining: The Songs of Jerome Kern with Bill Charlap in 2015. He also famously made an album of duets with Lady Gaga in 2014 (Cheek to Cheek).

In a review for the Chicago Tribune, Howard Reich praised the power and poise of a performance by Tony in August.

“Even if Tony Bennett hadn’t turned 91 the day before he played Ravinia, his concert Friday night would have been one for the record books,” Howard wrote.

“Not simply because he sang more than two dozen songs at something close to perfection, but also because of the expressive breadth of his work, the insights of his lyric reading, the impeccable quality of his pitch and his singular way of shaping a melody,” he said.