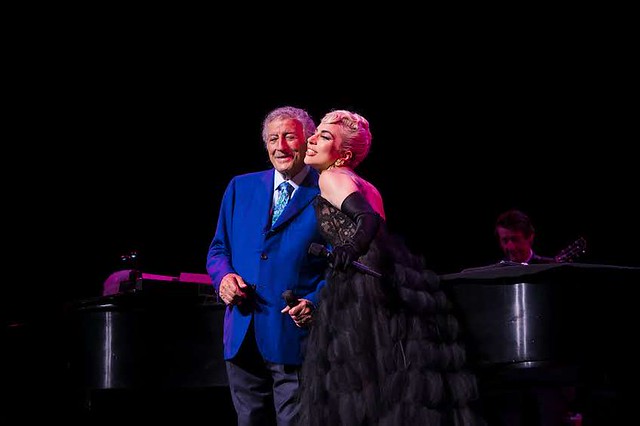 Just minutes before showtime at Wolf Trap, an extremely bright double rainbow spanned across the sky, centering the venue beneath its colorful glow. The setting couldn’t have been more perfect to welcome a living legend to the stage.

Introduced by a recording from his friend Frank Sinatra, Tony Bennett, dressed in gray pants, a blue blazer, and sporting a mustache, hit the stage and was welcomed with a standing ovation.

Backed by the Tony Bennett Quartet, consisting of a piano, guitar, stand-up bass, and drums, Tony performed for an hour and a half. In what would seem like a test of endurance for the nearly 92-year-old singer, Tony leaned against the piano from time to time, but he never sat down nor asked for a drink of water. He performed at an expert level, and he accepted praise in what amounted to countless standing ovations from the crowd.

It’s hard to address the feeling one gets when watching Tony Bennett perform. The man is the last of a golden era, and it seems as if his aura of cool could be felt by all of those in attendance. With a career that spans more than 60 years, it is to be expected that the crowd would be filled with people who grew up and spent their entire lives listening to his music. But Tony has managed to stay current in recent years by collaborating with countless artists on his two “Duets” albums as well as a full length album with Lady Gaga in 2014. This longevity and relevancy was revealed within the audience, which consisted of multiple generations, spanning from millennials to the those from the greatest generation.

With such a long career and hundreds of songs recorded, it’s rare for Tony to sing a song that the crowd did not know. But when he sang his major hits, an extra level of excitement would radiate through the audience. The upbeat tempo of “Steppin’ Out with My Baby” brought the crowd to clap along. The start of “The Way You Look Tonight” elicited an audible “AHHH” from thousands in attendance. And the first few bars of “I Left My Heart in San Francisco” was met with the largest applause of the night.

During “Fly Me to the Moon,” Tony was backed by just very simple guitar. In the nearly a cappella performance, Tony’s distinctive voice was on full display. While possibly not as strong as it was in his younger days, his voice was still as velvety smooth as ever — and revealed he still has the goods that made him a star so many decades ago.

The big surprise of the night came just a little over halfway through the performance when Tony invited his friend Lady Gaga onto the stage. The reserved audience turned into a feverish mob with everyone immediately grabbing for their cell phones to document the shocking moment. For two songs, not one person could sit down because there was so much excitement in the amphitheater.

Dressed in a floor-length, black lace and ruffled evening gown, with long black opera gloves to match, Lady Gaga joined Tony for the title track from their album “Cheek To Cheek” — the two even took time to slow dance with one another. For their second song, the duo performed “The Lady Is a Tramp.”

At the end of the show, the Wolf Trap crowd gave their final standing ovation of the night. The fans were so enamored with the performance they had just witnessed! The ovation lasted so long that Tony returned to the stage four separate times to say thank you to return all of the love he received. Despite spending his entire life as an entertainer, the genuine pleasure on Tony Bennett’s face at the end of the night revealed a man who truly loves what he does. He relished every last minute that he has on stage.

Here are some pictures of Tony Bennett performing at Wolf Trap on June 23, 2018. All photos copyright and courtesy of Christopher Smyth. 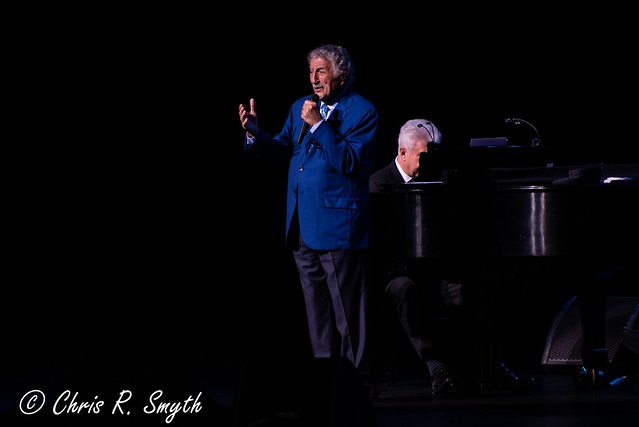 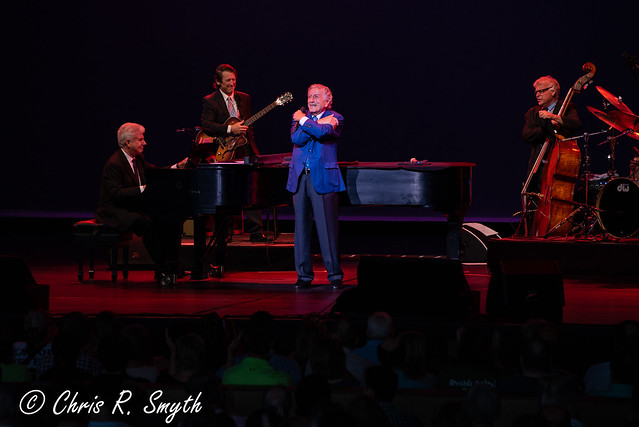 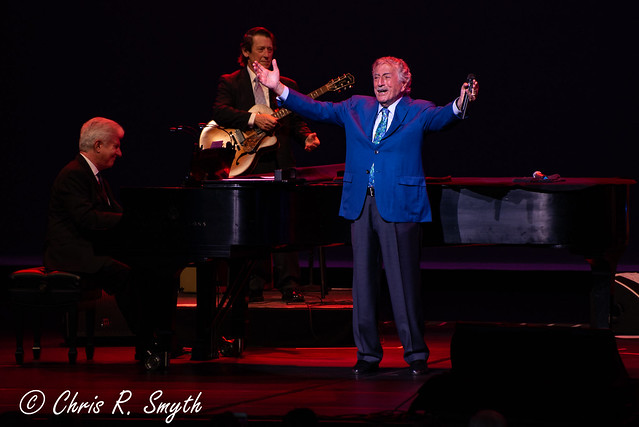 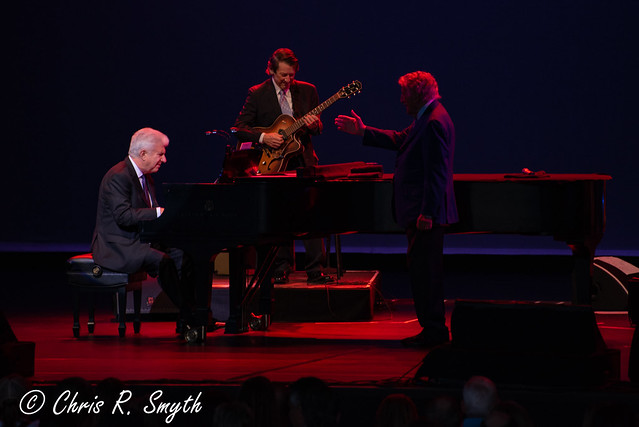 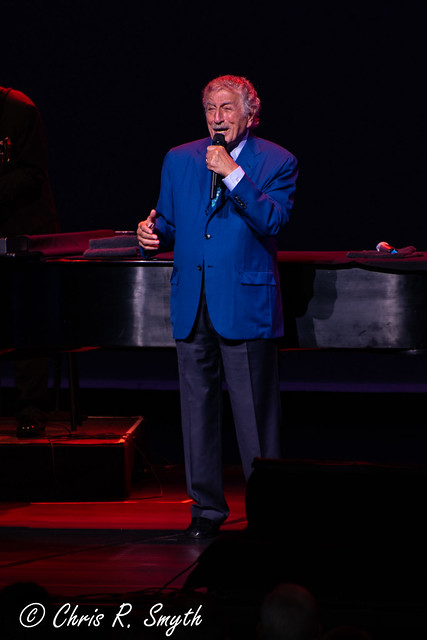 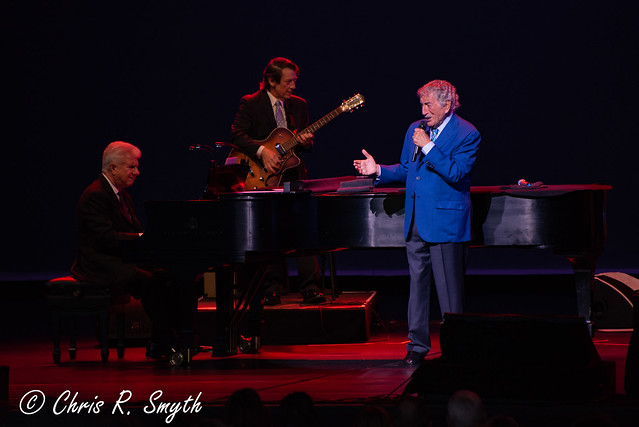 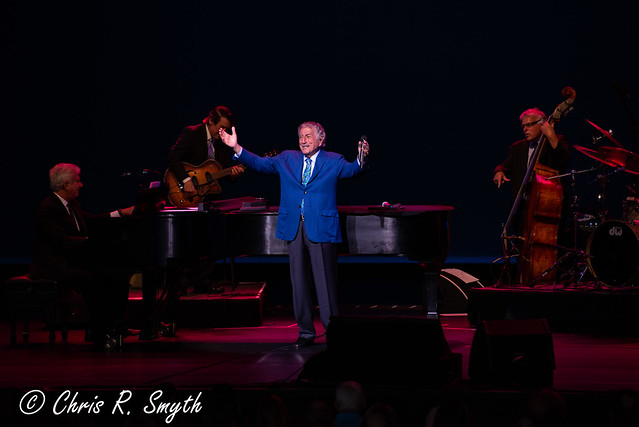 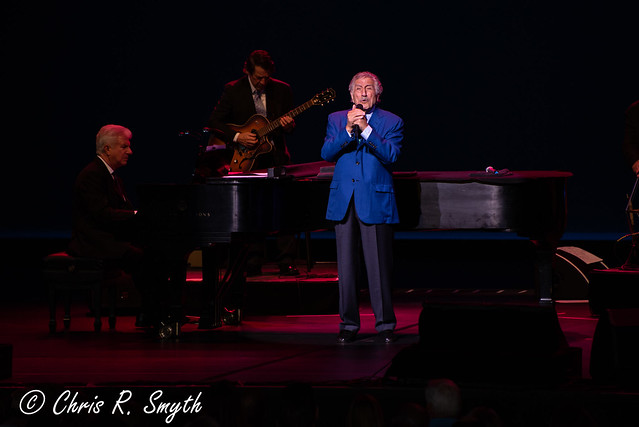 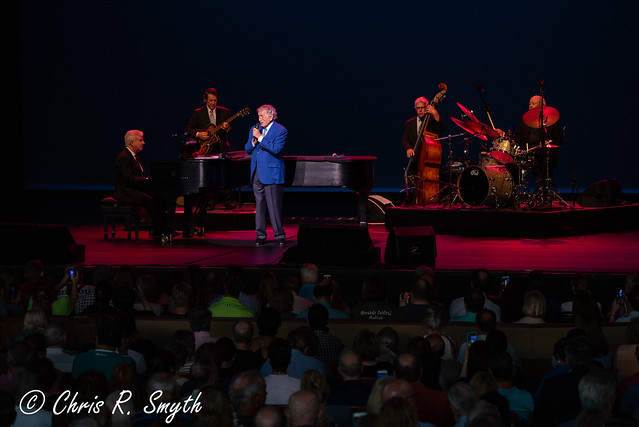 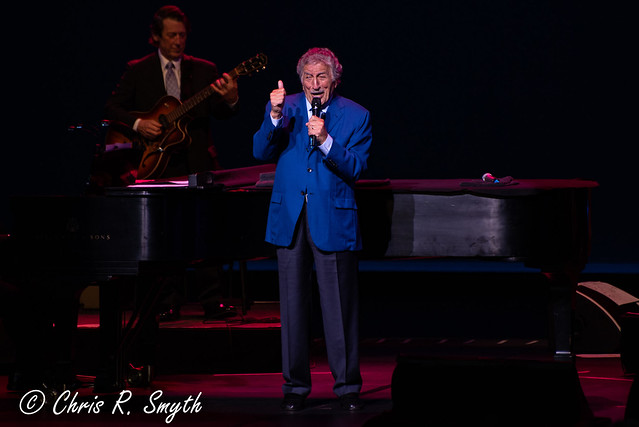 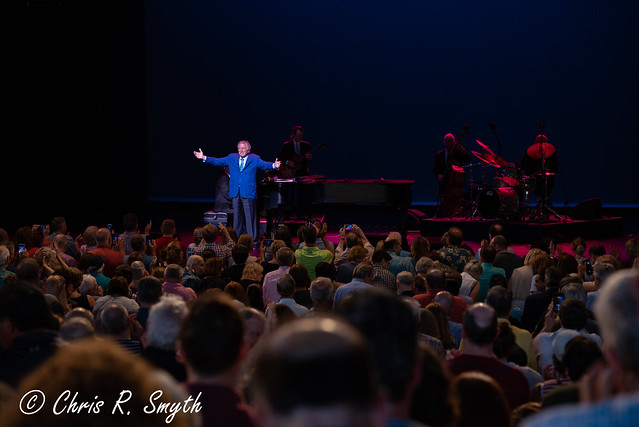 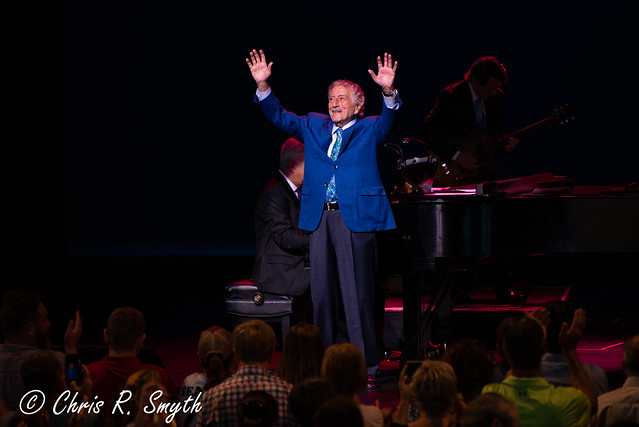 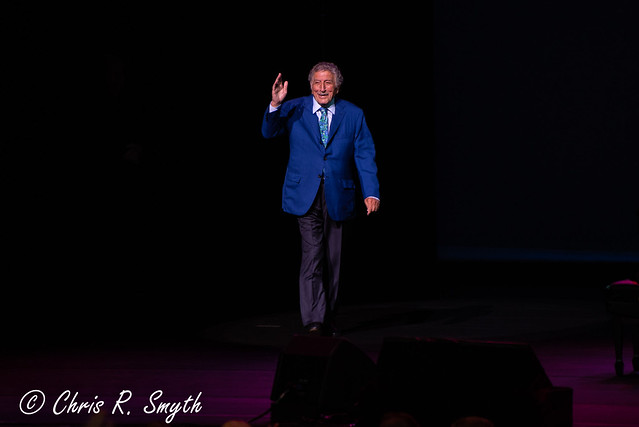 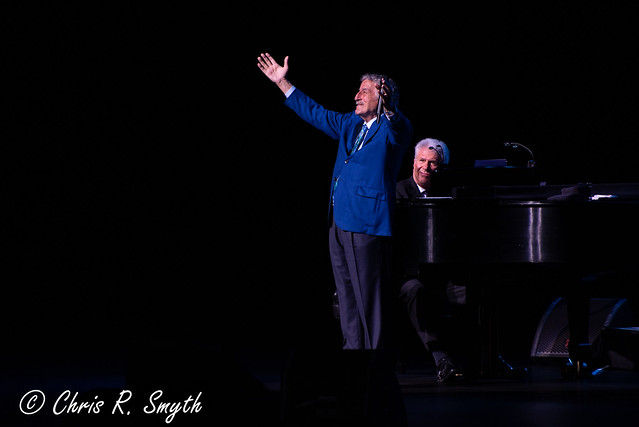 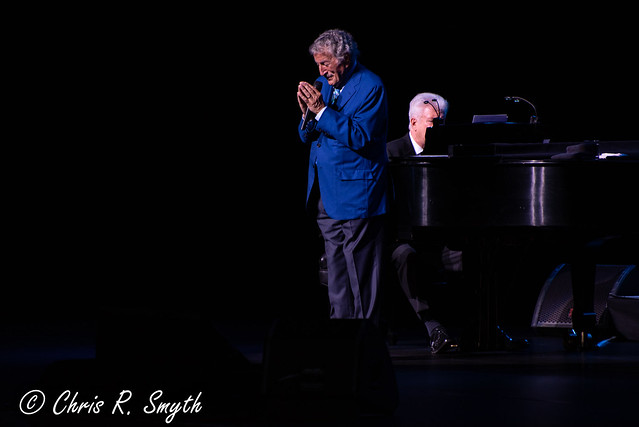 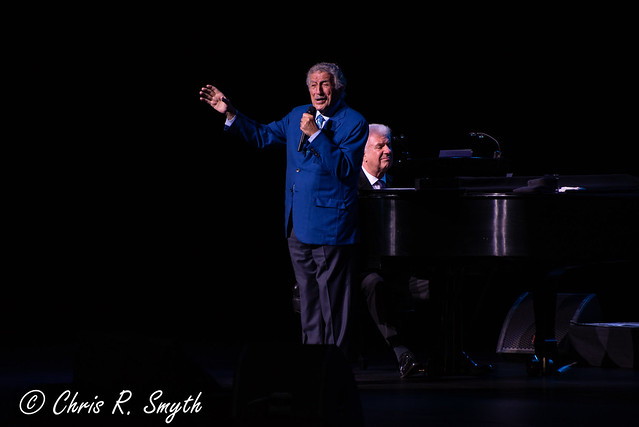 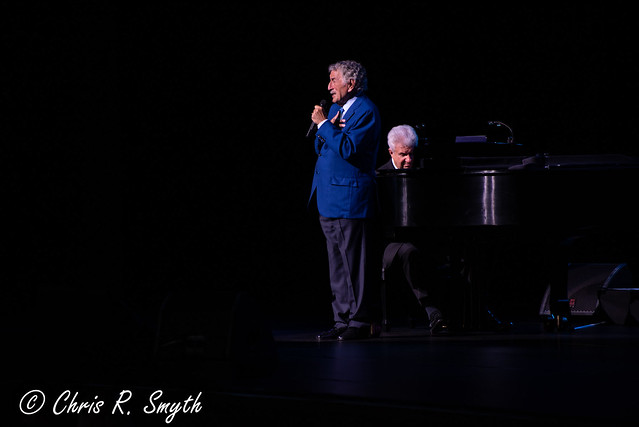