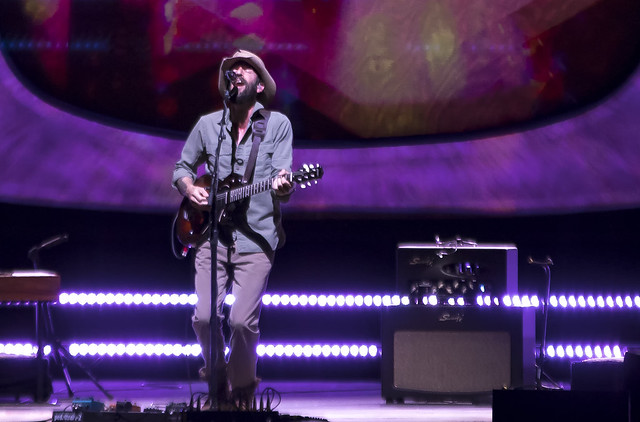 Ray LaMontagne performs at The Anthem on June 20, 2018. (Photo by Will Colbert)

Ray LaMontagne was in DC last week to kickoff the By The People Festival. The international arts festival is a four-daylong extravaganza that brings art, music, and interactive installations to every quadrant of DC — the city’s own South by Southwest!

The show took place at The Anthem, which anchors the District’s Wharf on the southwest waterfront, on June 20. The vast general admission area of the mega-concert venue was lined with chairs. Despite gridlock in all directions Wednesday evening, there were few empty seats. This crowd would not be deterred from getting their mid-week dose of Americana music — combining elements of folk, rock, blues, and country. Red, white, and blue collar to the core.

Ray’s recent release, Part of the Light, is his seventh studio album since transitioning from shoe factory worker to Grammy Award winning musician. His career began with the 2004 debut record Trouble. The album introduced the world to Ray’s gravelly vocals, which has been compared to Van Morrison and Tim Buckley. Ray took a slight detour into the psychedelic on his 2016 album Ouroboros, but two years later he returned to his roots.

Ray entered the stage to raucous applause rocking a signature cowboy hat. Reverberating guitars filled The Anthem as he played the first two songs of the night — “Julia” and “Lavender.” The acoustics in the concert hall sounded great, and so did Ray as he performed both songs from the 2014 Supernova album.

“To the Sea” — the first track on the self-produced Part of the Light album — was the first song performed from the record during the show. The sea salt-textured folk ballad is the perfect soundtrack for a road trip along the New England coast. The ode to the summer pastime of packing up the car and journeying to the sea is as gratifying as a day at the beach.

Ray transitioned from a “Paul Simon” vibe to something darker on “No Answer Arrives.” The track, also on Part of The Light, is an edgy rock song with a hint of blues. Ray’s raspy tone on the tune complimented the somber lyrics. “Where is the light. Where is the light that used to shine,” he bellowed over ominous guitar riffs. He turned the rock dial up a notch on “As Black as Blood Is Blue.”

The concert made it clear that Ray is an artist that takes his craft seriously. He said little between songs, leaving enough silence for audience members to whoot, cheer, and blurt out requests.

Mid-way through the show, Ray switched from electric soul to return to the acoustic. The crowd swayed during his performance of “Such a Simple Thing.” The country vibe of the song was a change of pace that showed the singer-songwriter’s range as an artist.

Ray performed other songs from Part of the Light, as well as Supernova. The only time he deviated from the two albums was during the encore where he performed “Hey, No Pressure” and “The Changing Man,” both from Ouroboros.

Ray made his longest statement of the night prior to the encore when he told the audience that he will not be performing “Jolene.” He doesn’t play many of his best known songs during the show, which caused a few grumbles after the concert among admirers.

His choice to not play his biggest hits, albeit not a popular decision, was perhaps characteristic of the artist, a blue collar musician that doesn’t treat his craft as a commodity and refuses to conform to expectations.

Here are some photos of Ray LaMontagne performing at The Anthem on June 20, 2018. All photos copyright and courtesy of Will Colbert. 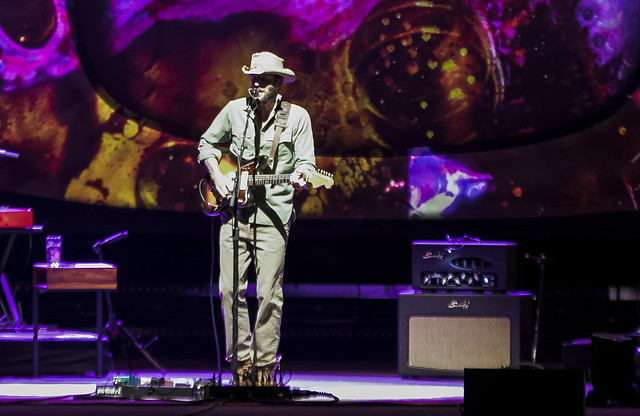 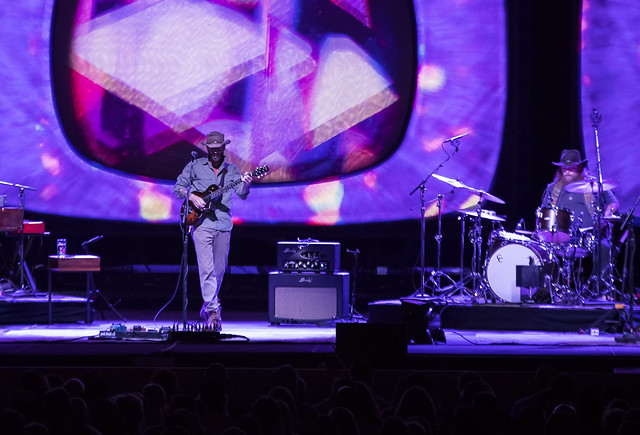 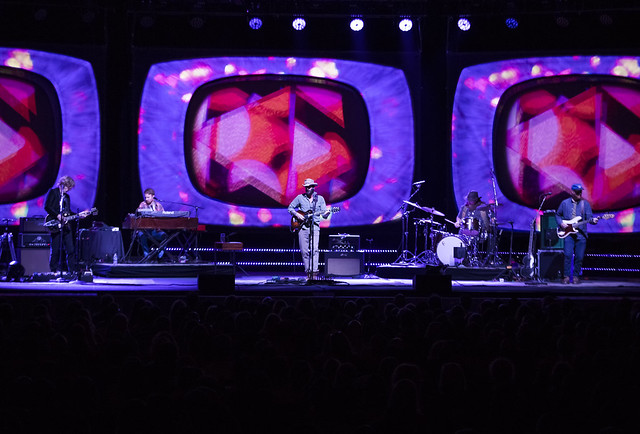 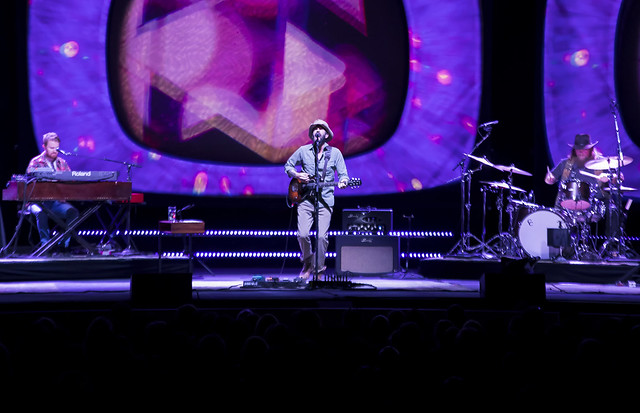