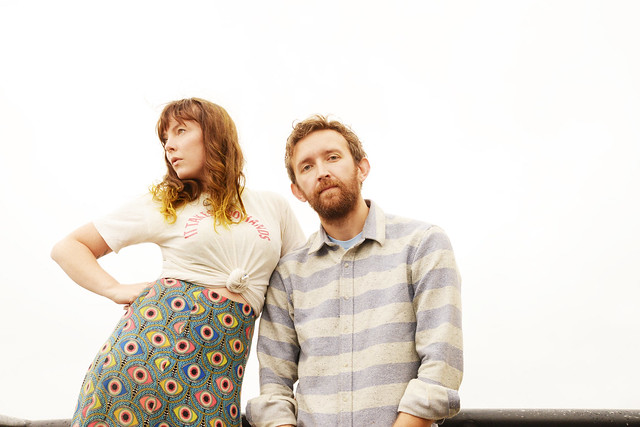 Sylvan Esso, the electropop duo of Amelia Meath and Nick Sanborn, released What Now, their second studio album in 2017, and this year the band released a new single — “PARAD(w/m)E.” Sylvan Esso soon start a summer tour, and they will perform at The Anthem on Thursday, July 26.

“For all its dark undertones, ‘PARAD(w/m)E’ conjures up a fizzy little slice of celebration, suitable for a post-apocalyptic party. As Meath highlights images of a wrecked planet — ‘Steamy, steamy, bright sunshine / Flowers, grass and trees all died’ — Sanborn sets her words to an arrangement so playfully springy, it can’t help but sound like summer fun. ‘There’s nothing left to ruin, we finally got free,’ Meath sings in the chorus. ‘How’s that for manifesting our destiny?'”

Watch the official music video for “PARAD(w/m)E” by Sylvan Esso on YouTube:

In a review for Pitchfork, Stacey Anderson praised the duo’s last album. “Sanborn’s production is so boisterous, he hardly relaxes inside his beats. They bounce along with eccentric found sounds and Moog tics, occasionally evoking the sense of an errant tab opened somewhere on a browser. At moments, it seems like a defense of their oft-maligned genre, a fun rebuke of the stereotype that pop music is shallow. Their acerbic pop is both a product of the FM-friendly formula and a wry subversion of it,” she said.

She added, “When Meath and Sanborn ease into a slower lane, they find a sweetness that isn’t entirely likable. There is a bitterness to their Southern bless-your-heart feel, swaddling sharp observations in mannered dance-pop.”

Get into the fast lane with The Anthem’s Sylvan Esso dance party! Buy your tickets online.