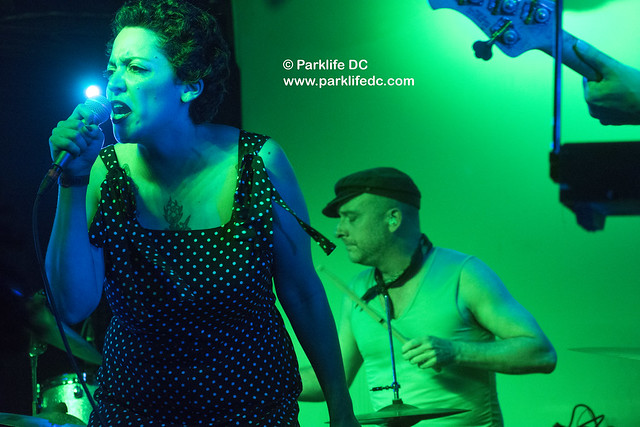 Singing the title track of debut full-length album Silk, Nenet of Park Snakes strutted about the stage, declaring that she wants everything while seeming terribly indifferent to actually receiving it.

The song immediately cut to the quick of late ‘70s bands with similarly disaffected frontwomen like Debbie Harry, Debora Iyall, and Deborah Evans-Stickland. And so, Park Snakes appealed to an attentive crowd at Rock and Roll Hotel Saturday in a show opening Paperhaus.

Blondie, Romeo Void, and the Flying Lizards are sure influences on Park Snakes, making the band one of the most listenable to hail from DC in a while in our opinion! On stage, they also were a lot of fun, spinning each song into action like a machine poised on the fulcrum of drummer Van Hillard.

In addition to vocalist Nenet and drummer Van, this melodic punk action circa the late ‘70s flowed from Jason Coile (guitar) and Chad McCall (bass), both of whom perform with cool righteousness.

Park Snakes released a full-length album, Silk, in March, following a debut self-titled EP in 2017. Listen to Silk by Park Snakes on Bandcamp:

Toward the end of their set, Park Snakes performed “Women Are Better Than Men,” one of their catchier new songs (to be fair, they are all quite catchy). The song’s irresistible drumbeat from Van, who is surely at home in any lounge worldwide where men don’t have to shy away wearing scarves, bumped the beat from the stage and into the hips of the audience like Bryce Harper hitting a home run.

Park Snakes have a few unpublished songs, like opening number “West Coast,” where Nenet dreams of a life exchanging Brooklyn hip for Los Angeles hip, suggesting they may have another release on the horizon next year perhaps?

West Coast
Pride
Knives
What to Do (with Bad Girls)
LL ?? (Honestly, we missed this song)
Ugliest Man in the World
San Diego Blues
Silk
Women Are Better Than Men
Backstreet

Here are some pictures of Park Snakes performing at Rock and Roll Hotel on June 30, 2018. 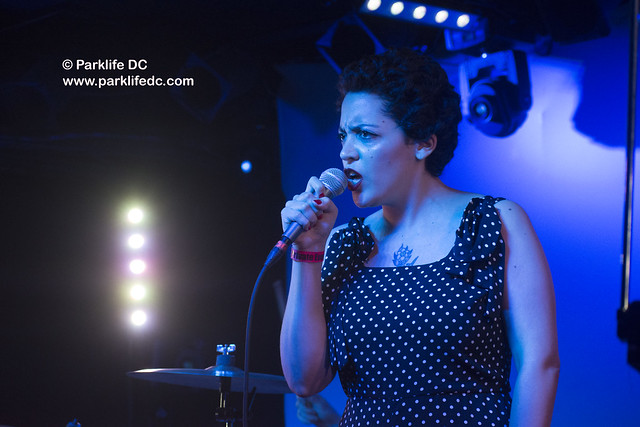 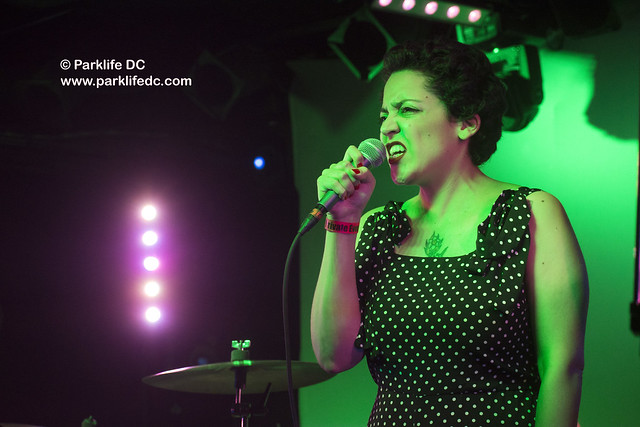 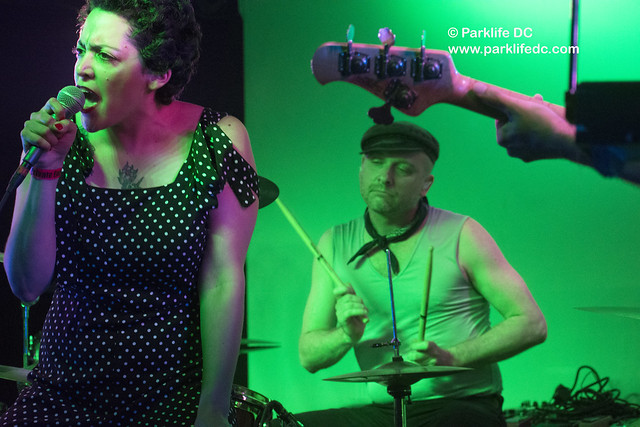 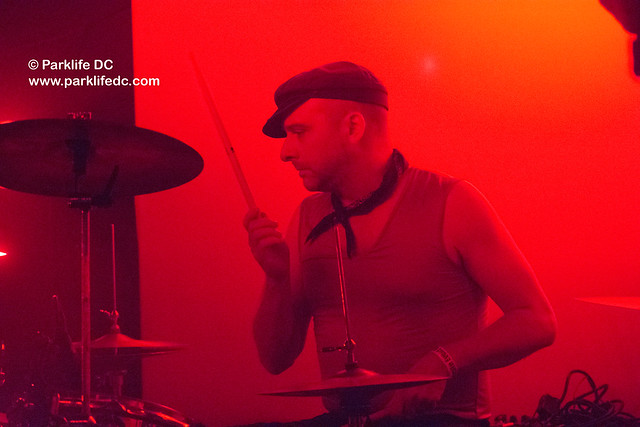 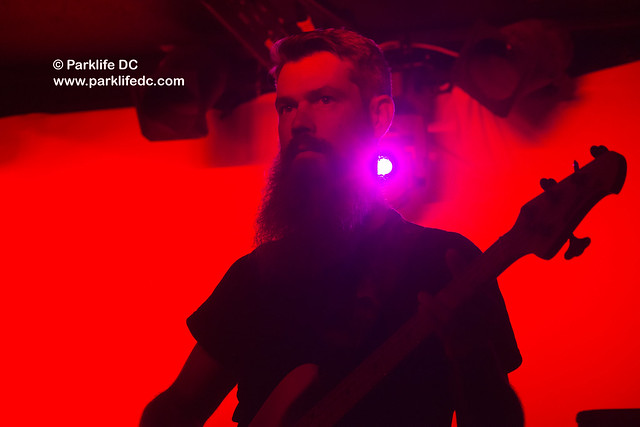 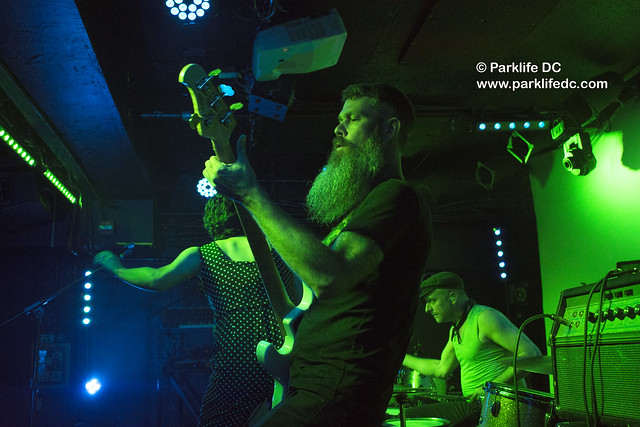 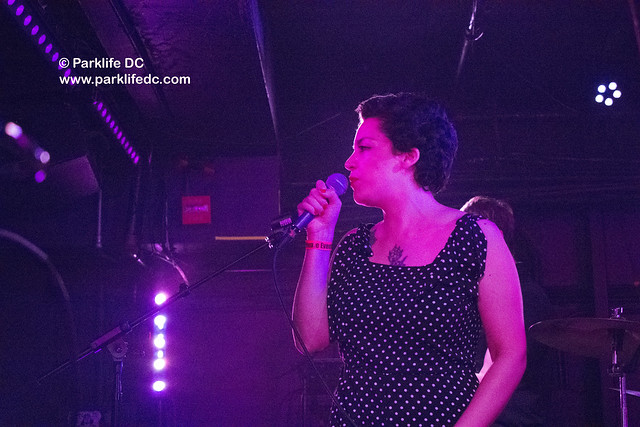 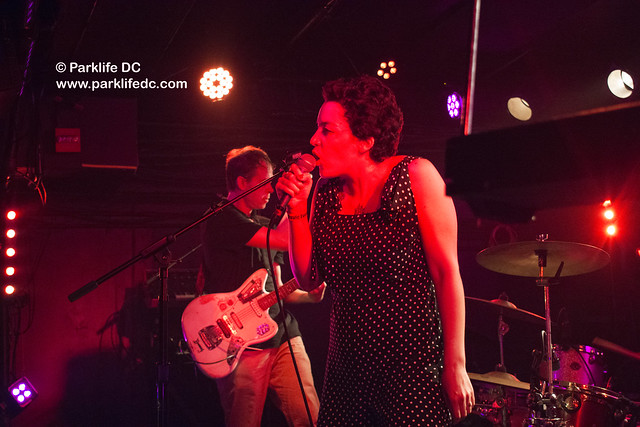 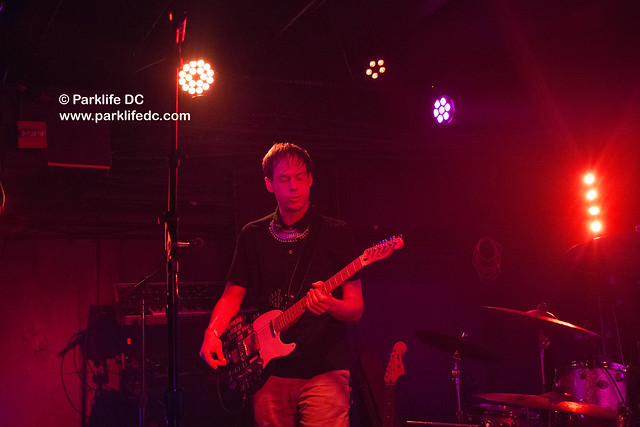 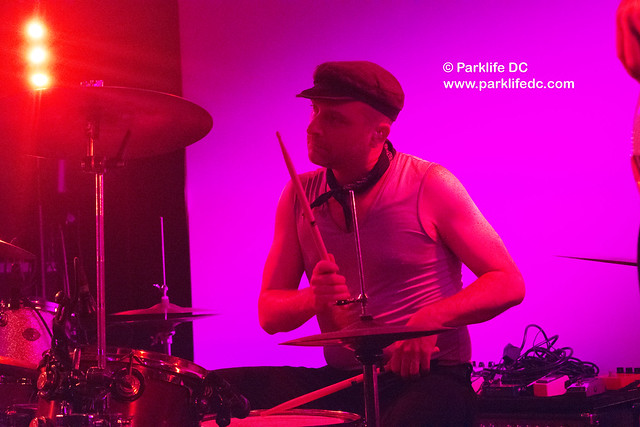 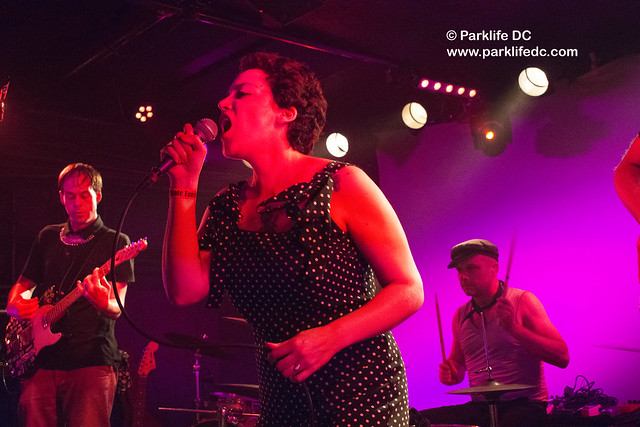