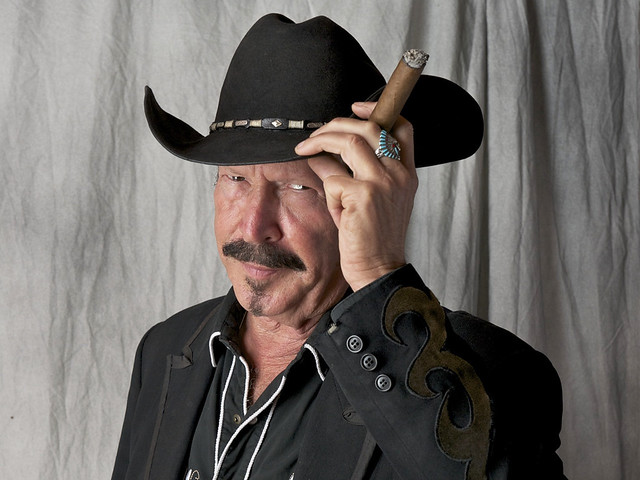 On July 3, Kinky Friedman released Circus of Life, his first album of original songs in four decades, via his own Echo Hill Records. He’s on tour with a stop at City Winery in DC on Monday, July 9.

Richard Samet “Kinky” Friedman was watching television not long ago when Willie Nelson called him. Willie asked Kinky what has he been doing lately?

Kinky answered truthfully that he was watching Matlock on TV, and Willie said, “That is a sure sign of depression, Kinky. Turn Matlock off and start writing.”

Already, Kinky’s latest single, “Autographs in the Rain (Song to Willie),” is in heavy rotation on SiriusXM Outlaw Country, and there are at least four more “A sides” to come. Circus of Life is not yet available on streaming services, but listen to Kinky’s last album, The Loneliest Man I Ever Met, on Spotify:

“To country fans, the Kinkster is best known as the leader of the Texas Jewboys, the Jewish voice of outlaw country in the turbulent ’70s. The new collection features Sir Douglas Quintet alum Augie Meyers; Joe Cirotti and Mickey Raphael; and Little Jewford Shelby from the original Texas Jewboys. These country-tinged tunes sound like early Kristofferson in their poetic simplicity,” said David McPherson in a review of Circus of Life for No Depression.

Brian Molnar produced Circus of Life, and he will tour as Kinky’s opening act for most, if not all shows, promoting his new album, Within Blue, also released on Echo Hill Records. Kinky and Brian have worked a number of tours together and now deliver a seamless performance, opener to headliner.