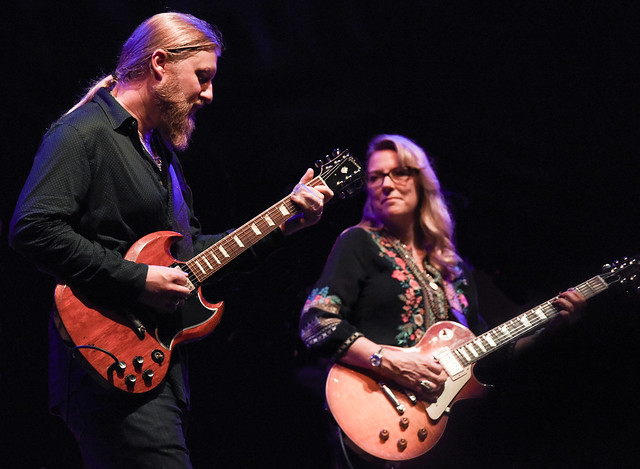 Blues rock group the Tedeschi Trucks Band last year released Life from the Fox Oakland, their second live album, via Fantasy Records. And speaking of playing live, Susan Tedeschi and Derek Trucks bring their namesake band to Wolf Trap on Wednesday, July 11 for their Wheels of Soul Tour with Drive-By Truckers and The Marcus King Band.

Derek said he and Susan, his wife, are proud of the progress of their band, which saw its 2015 album Let Me Get By debut at #15 on the Billboard Top 200 albums chart.

Derek said, “We’ve been wanting to properly document the progress of this band for a while, and it really felt like we were hitting our stride last fall,” which was actually in 2016.

“There aren’t many acts that can shift from riveting blues standards to soulful renditions of Leonard Cohen classics to digging deep into the catalogs of artists as disparate as the Beatles and Miles Davis, bringing their unique style and approach to each,” said The Chicago Tribune.