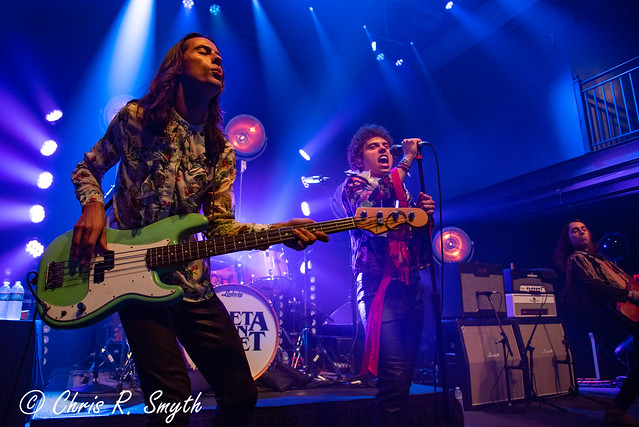 The energy was high upon entering the 9:30 Club on Friday night. Fans lined up for hours in advance of the 8pm doors to ensure a spot along the barrier at the front of the general admission crowd for an up-close view of Greta Van Fleet, a band who has not yet released a full-length album.

Made up of three brothers and a family friend, Greta Van Fleet are one of the hottest bands in rock ‘n’ roll today. Seemingly an “overnight success,” Greta Van Fleet have only released eight total songs across two EPs, both released in 2017. But that limited catalog has not dampened the excitement from the fans as they are selling out shows all across the country. In fact, the 9:30 Club show sold out so quickly that Greta Van Fleet booked another show for the very next night across town at the much larger Anthem, only to sell out that show as well.

Upon hitting the stage at 10:15pm, lead singer Josh Kiszka came bearing gifts, tossing white roses to the crowd. With both Josh and brother Sam dressed in loose fitting, floral shirts; guitarist Jake Kiszka shirtless wearing a black jacket with gold fringe; and drummer Danny Wagner shirtless in a vest, the guys of Greta Van Fleet looked ready for a show at the 9:30 Club — or 50 years ago at the Monterey Pop Festival.

Vocalist Josh’s voice is eerily similar to legendary frontman Robert Plant, making it difficult not to compare Greta Van Fleet with Led Zeppelin. But from the initial scream at the start of “Highway Tune,” the band’s first song of the night, Josh made singing look effortless. This wasn’t a guy putting on his best “Zeppelin” impression, but instead this was a guy showcasing a raw, natural talent that just doesn’t come along but once every few decades.

And don’t be fooled into thinking this is just a voice surrounded by a few stock musicians. Jake Kiszka showcased his skills early and often. Taking an extended guitar solo at the end of “Edge of Darkness,” Jake displayed a talent level well beyond his mere 22 years of age. Meanwhile, younger brother Sam Kiszka didn’t just lay back and play the simple bones of each song on the bass. His complex basslines, shown especially well in “Black Smoke Rising,” revealed that this a fully talent-rich family.

Just before the very last note, in the very last song of the night, “Safari Song,” drummer Danny Wagner got his time to shine, with the brothers all stepping aside to let him show off for an extended drum solo.

Listen to “When the Curtain Falls” by Greta Van Fleet on YouTube:

While the band has said in interviews that their first full-length studio album will probably be released later this summer, there was no mention of any upcoming album during the show. However, they did play their brand new song “When the Curtian Falls,” which was released just days prior to the concert, leading to hope that the album is coming sooner rather than later.

The comparisons to Led Zeppelin are inescapable, fairly or unfairly, for Greta Van Fleet. But through their high-energy shows and confident musicianship, time and growth should allow the guys of Greta Van Fleet to be known as a band of their own making. Shows like the one at the 9:30 Club are one tiny step forward for Greta Van Fleet toward showing everyone that while they pull from the experiences of bands who came before them, they are a rock ‘n’ roll band all their own. One for today and the future.

Here are some pictures of Greta Van Fleet performing at 9:30 Club on July 20, 2018. All photos copyright and courtesy of Chris Smyth. 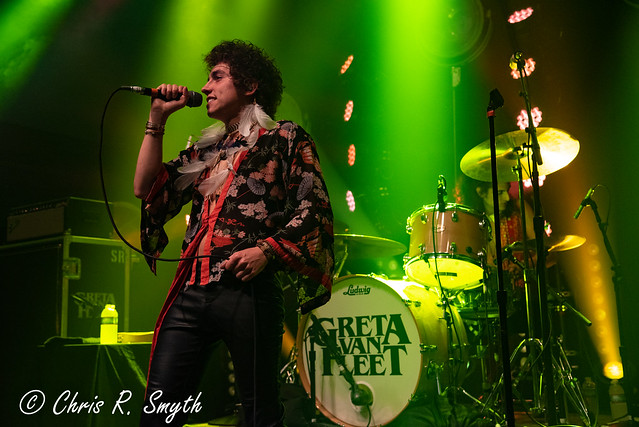 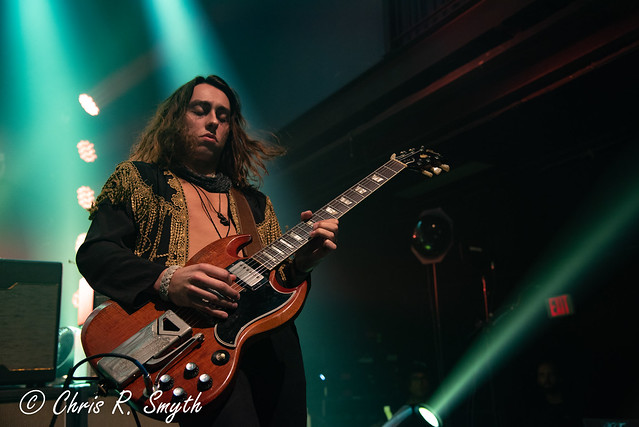 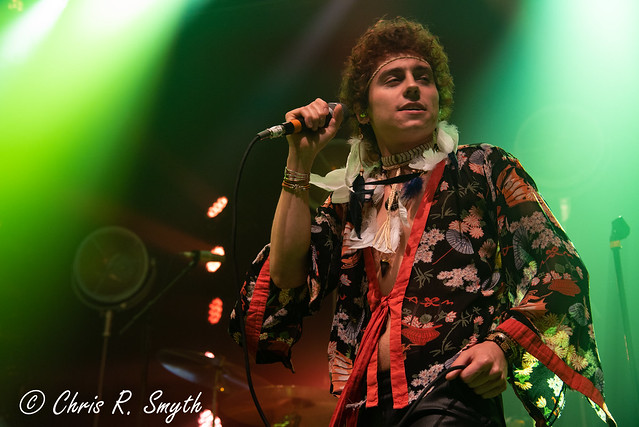 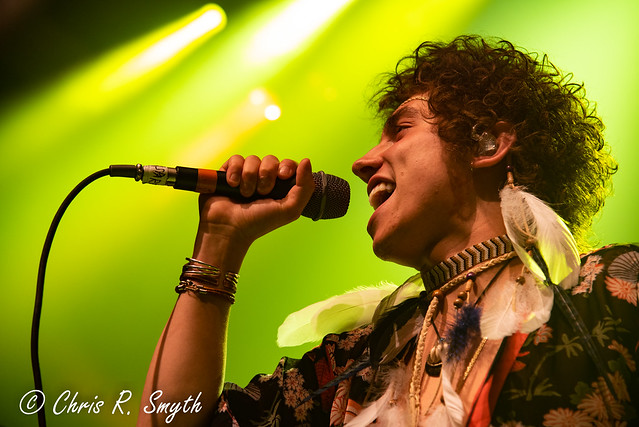 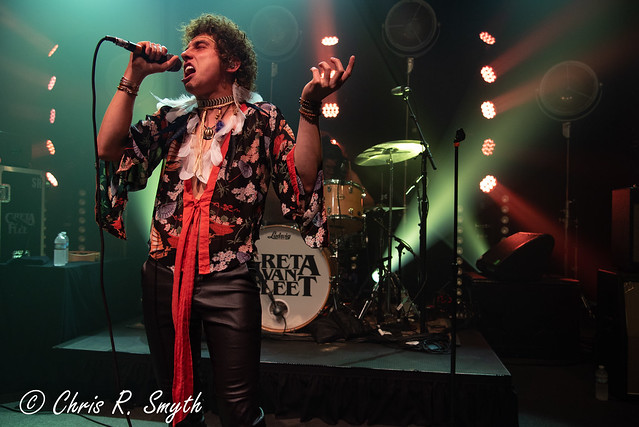 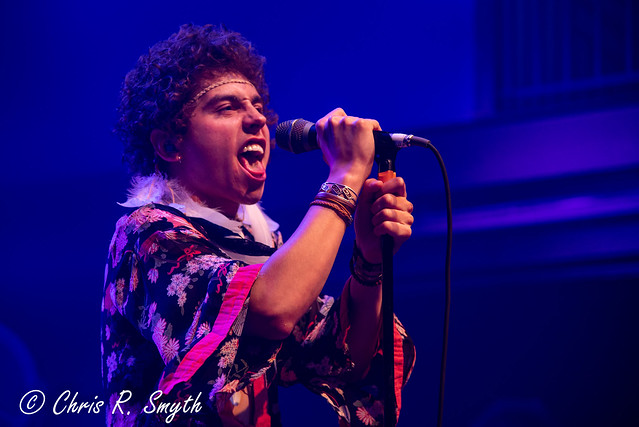 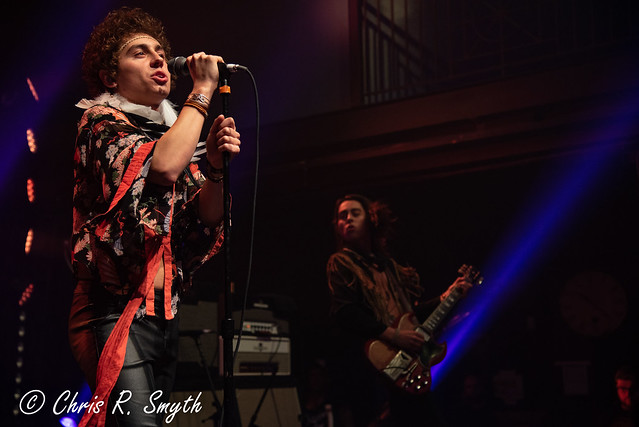 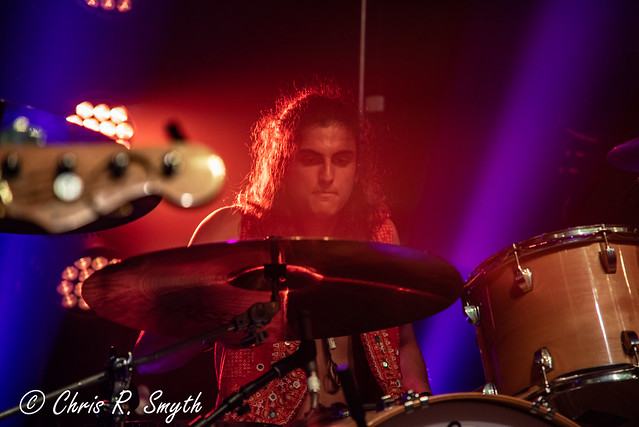 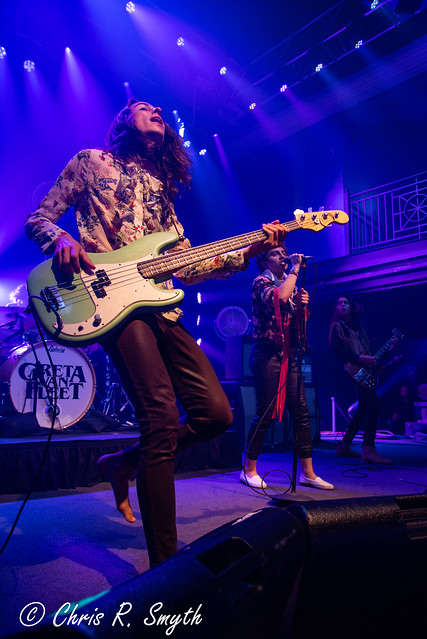 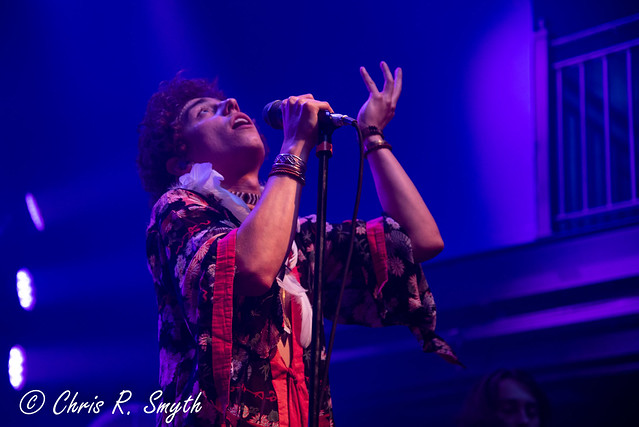 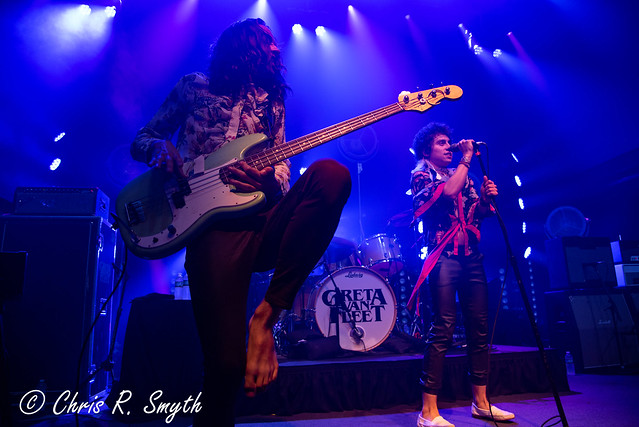 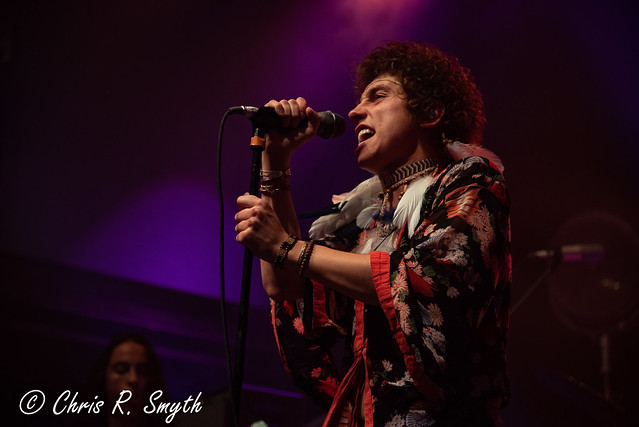 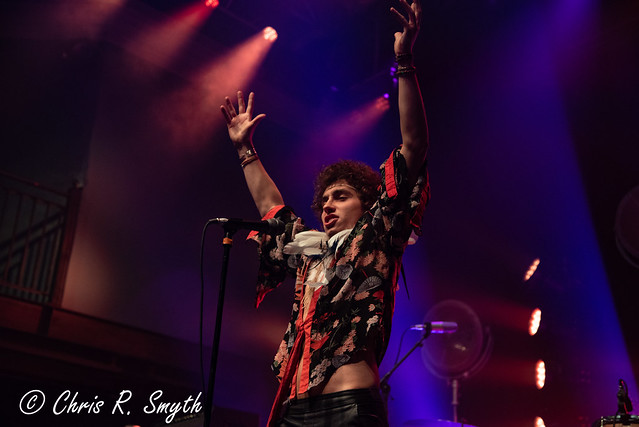 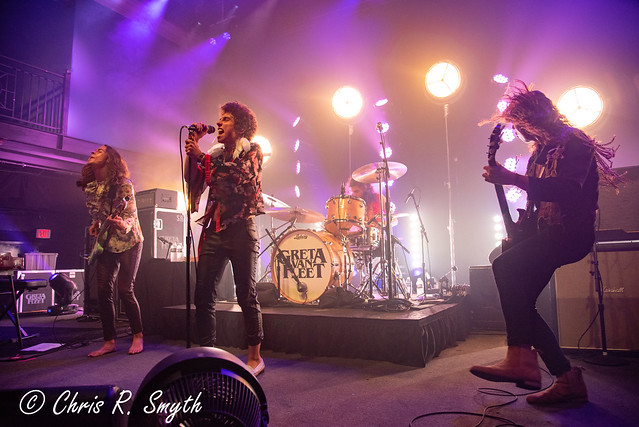 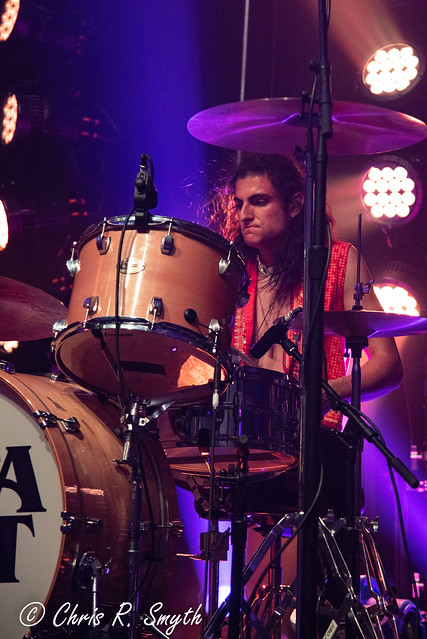 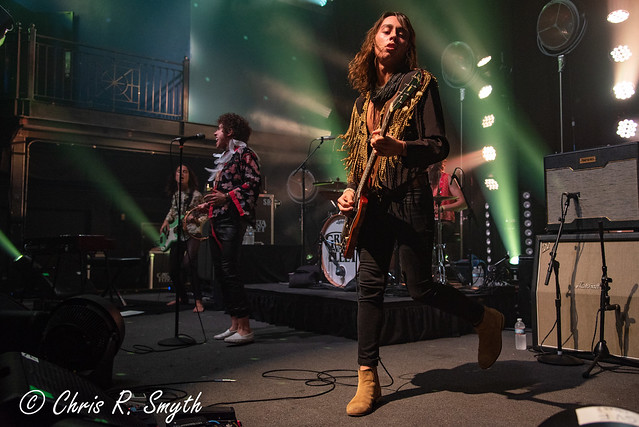 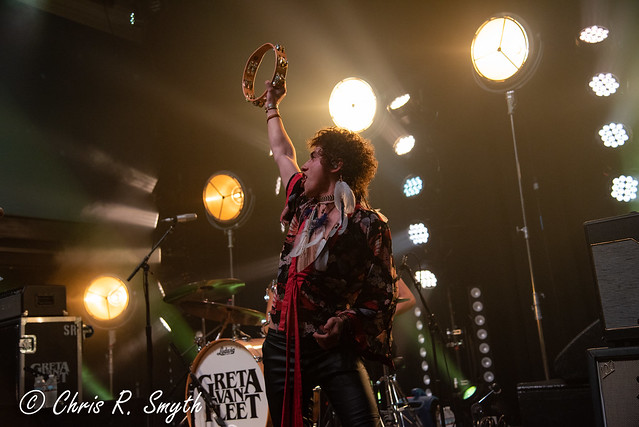 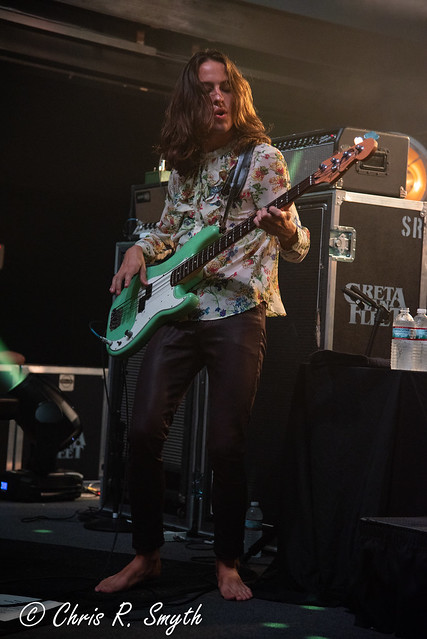 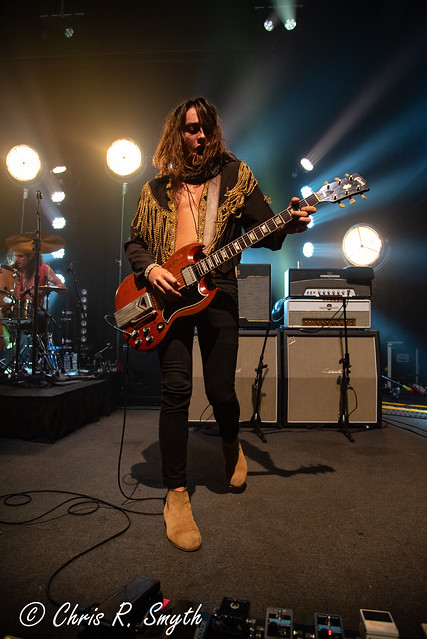 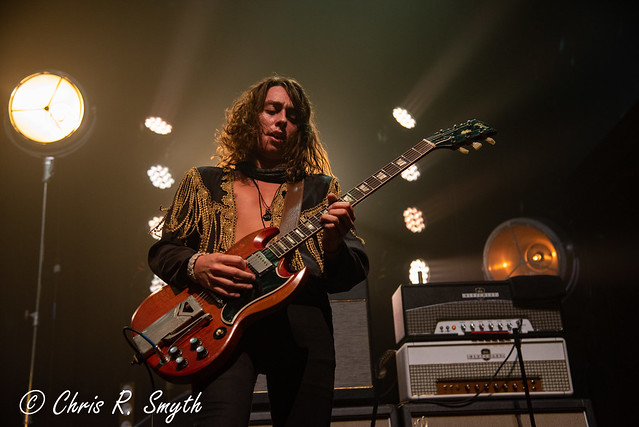 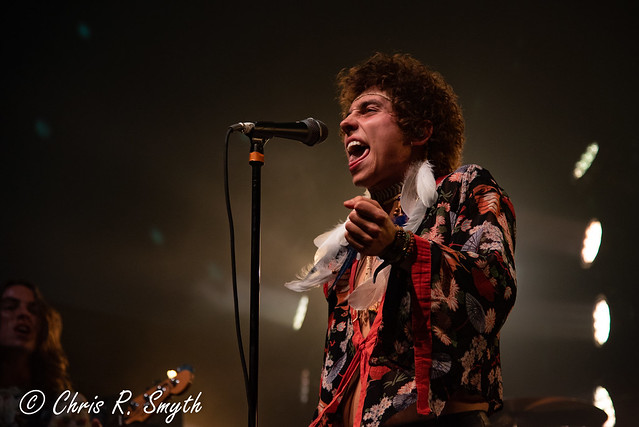 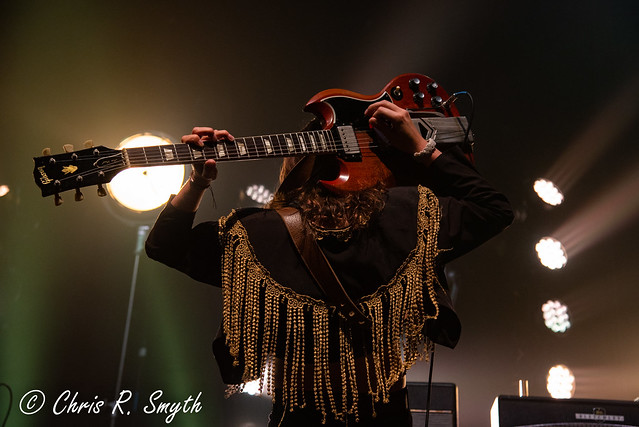 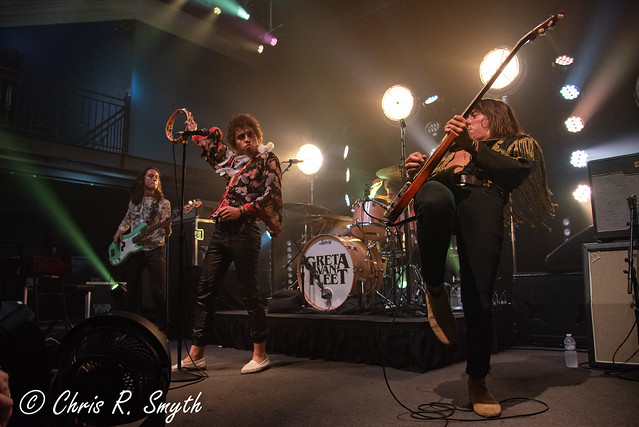 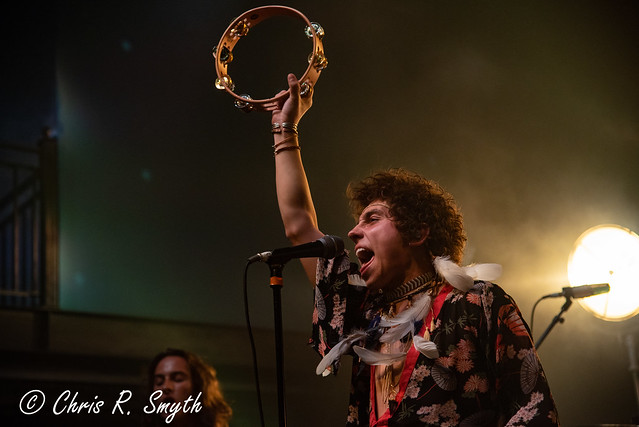