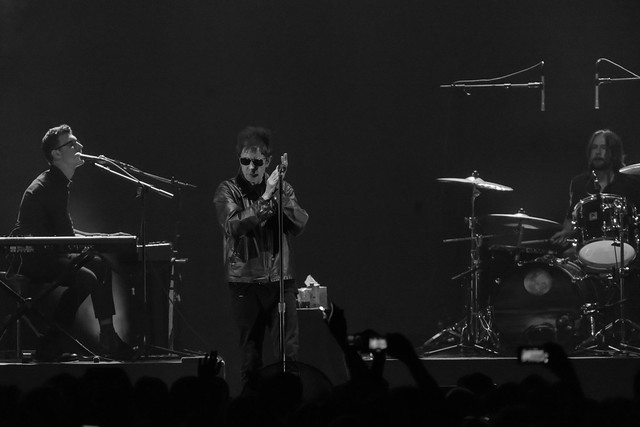 Ian McCulloch fronts Echo and the Bunnymen at The Anthem on July 25, 2018. (Photos by Jason Nicholson and words by Mickey McCarter)

Toward the end of a welcome appearance by Echo and the Bunnymen, Ian McCulloch’s microphone appeared to go out during “The Killing Moon” on Wednesday — nominally the worst possible calamity ever, made more glaring in that the rest of the show had been picture perfect.

But the very giddy audience didn’t miss a beat, and the crowd started singing the song when Ian went momentarily silent: “He will wait until/You give yourself to himmmmmm!” A briefly confounded look gave way to a smile with the affirmation that Ian and the audience were very happy to see each other indeed.

Ian and guitarist Will Sergeant brought the latest iteration of the band to The Anthem in a double bill with the Violent Femmes in a bid for “best summer tour ever” and to fill big venues like The Anthem. And it went very well although I personally perfer the cloak of the Bunnymen’s fuzzy neo-psych in a more intimate space.

Echo and the Bunnymen opened with “Lips Like Sugar,” my very first exposure to the Bunnymen as a lad. Imagine my shock when I discovered that confectionary lovesong hailed from the fifth album by the Liverpool musicians and that four more albums of extraordinary material had proceeded it! Throughout the show at The Anthem, Ian tipped his shades to those previous four albums with musical highlights including the stirring “Rescue” from Crocodiles (1980), the rarely played and reverberating “Over the Wall” from Heaven Up Here (1981), the smashing epic “The Cutter” from Porcupine (1983), and an encore of the masterful “Ocean Rain” from the album of the same name (1984).

The hazy, jangly but electronic sound of Echo and the Bunnymen is a quintessentially defining sound of the ’80s. Although I’m a mad admirer of Echo’s chartmates Duran Duran and New Order, there is something more organically earnest in the music of Ian and Will. In my opinion, Echo and the Bunnymen would have happened even if the Sex Pistols hadn’t smashed preconceptions of pop music and stirred the UK punk scene, inspiring post-punks, new wavers, and New Romantics. Drawing from their love of a slightly earlier time, Echo and the Bunnymen all the same would have fashioned perfect psychedelic gems from their love of The Doors and the Velvet Underground. The Bunnymen would have simply and consistently made remarkably good music even without the upheaval.

Currently touring with a lineup that includes bassist Stephen Brannan, drummer Simon Finley, keyboardist Jez Wing, and guitarist Kelley Stoltz, Echo and the Bunnymen recently signed to BMG to release The Stars, The Oceans & The Moon, an album featuring re-recordings of 13 Bunnymen classics as well as two new songs, on Oct. 5. Reimagined or not, the Echo and the Bunnymen catalog has welcome longevity, and we will have the opportunity to experience it live again in the coming months, or so I hear, when Ian and company return to the DC metro area on a solo headlining tour.

It’s true that we no longer have Jim Morrison and Lou Reed, both irreplaceable in musical canon, but we do have Ian, who smartly learned what he could from those icons and developed his own persona of supercool. To prove it, here are some pictures of Echo and the Bunnymen performing at The Anthem on July 25, 2018. All photos copyright and courtesy of Jason Nicholson. 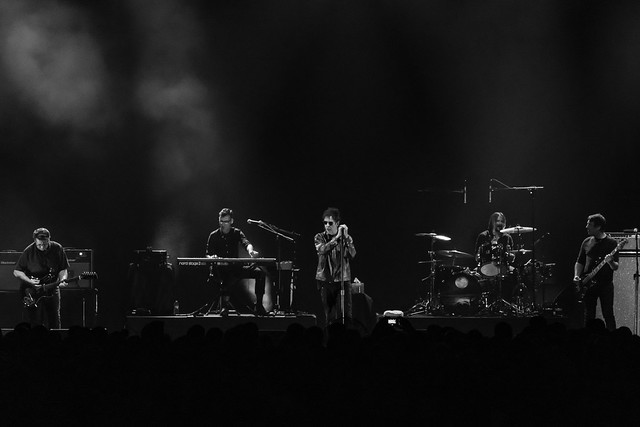 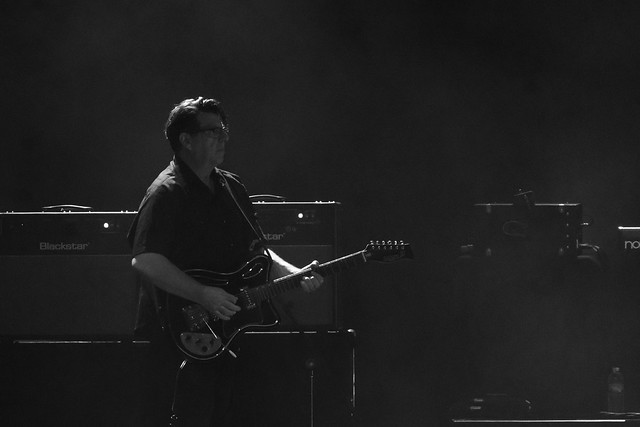 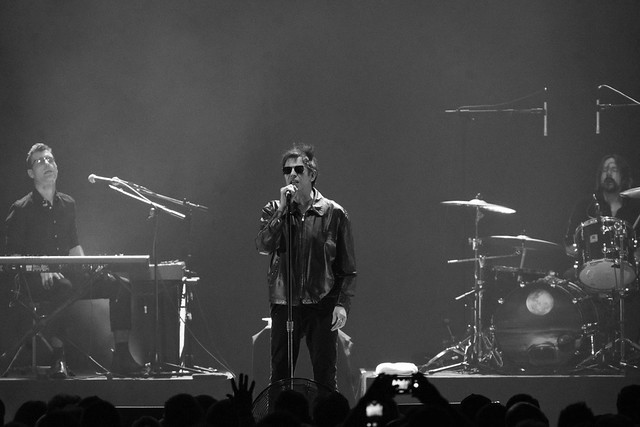 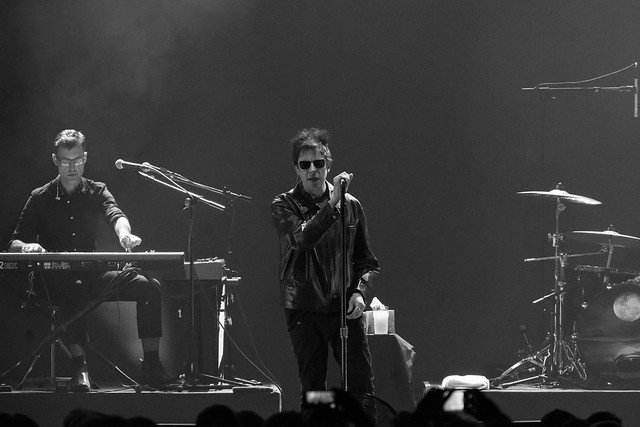 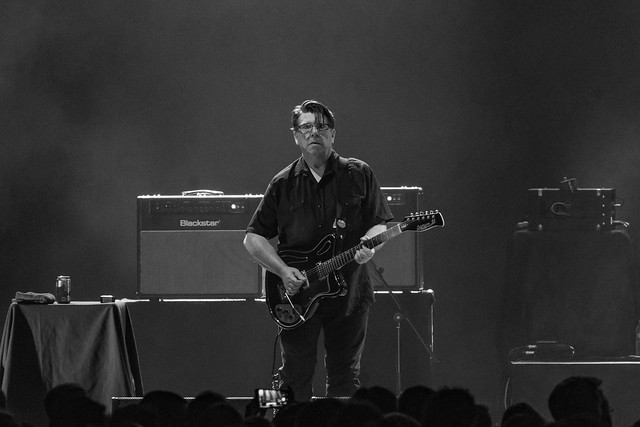 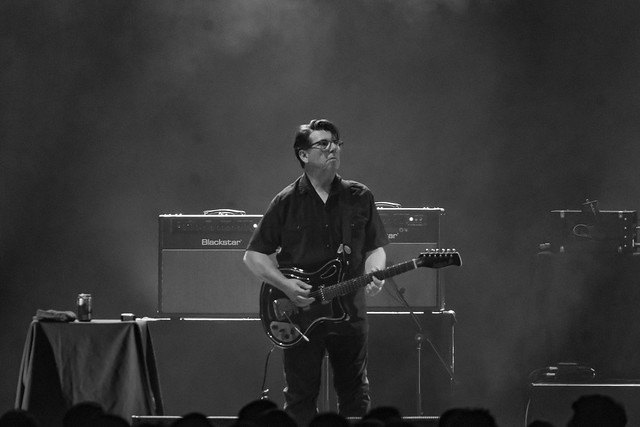 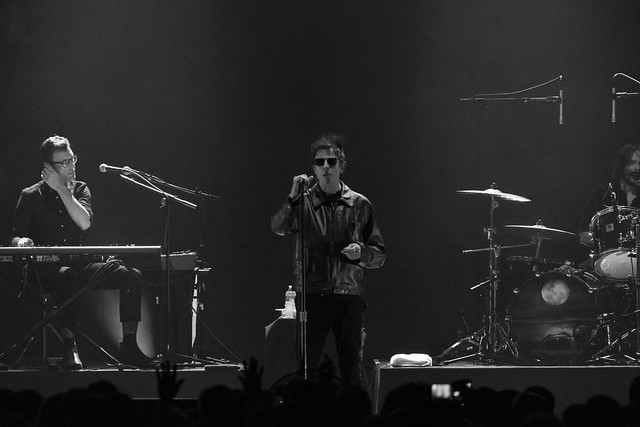 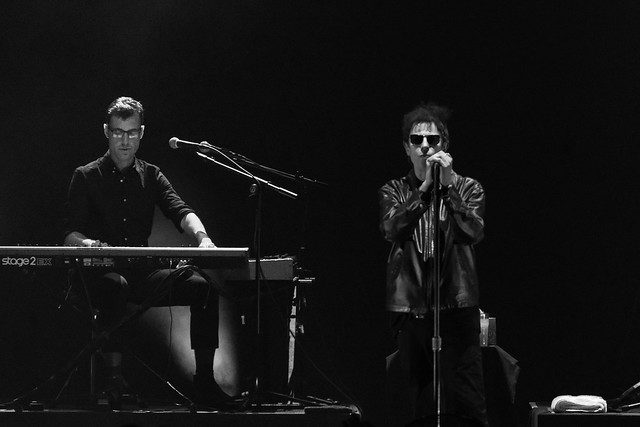 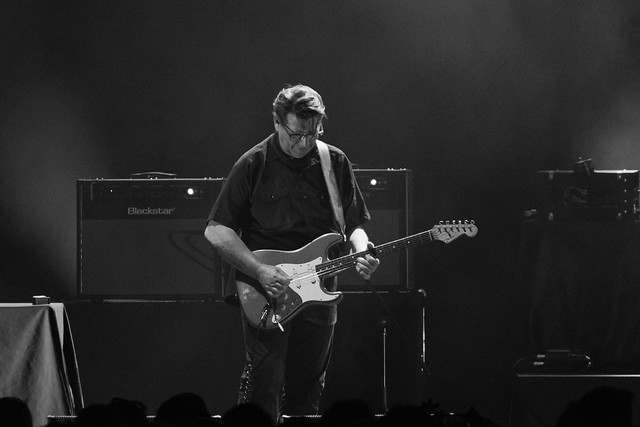 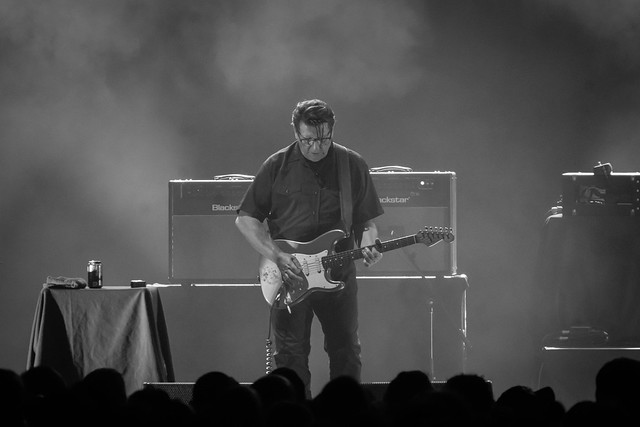 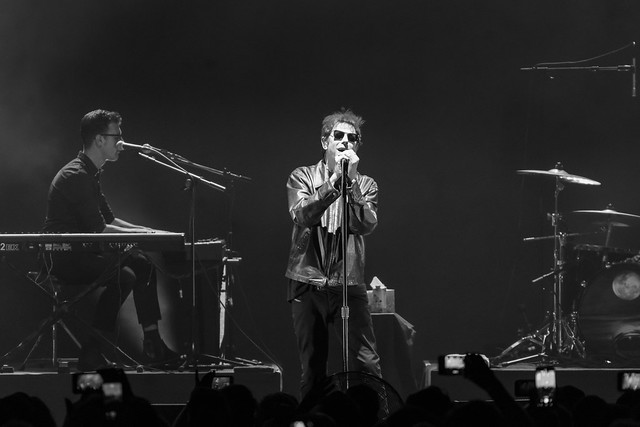 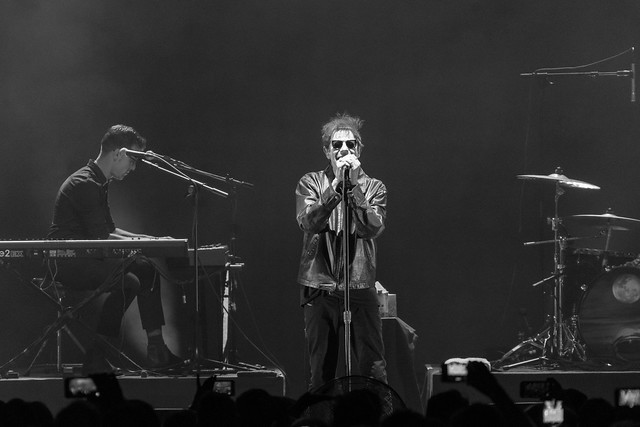 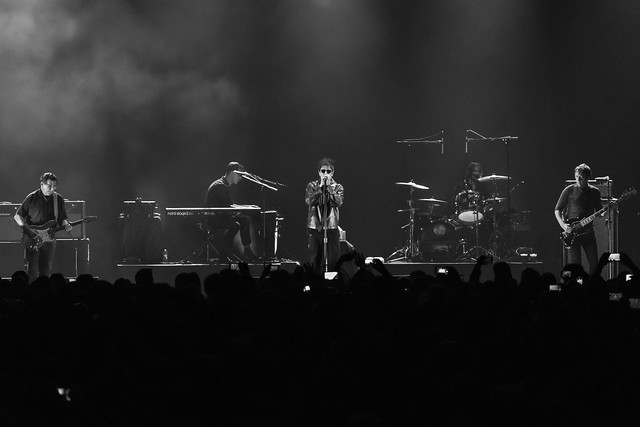 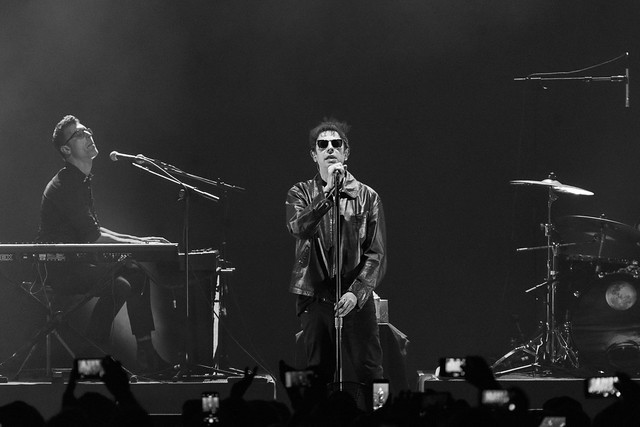 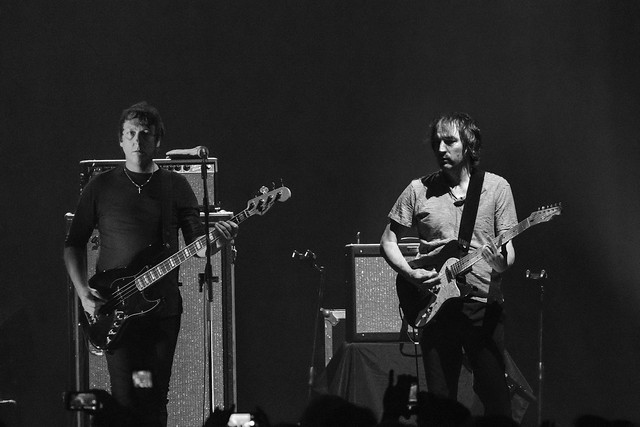 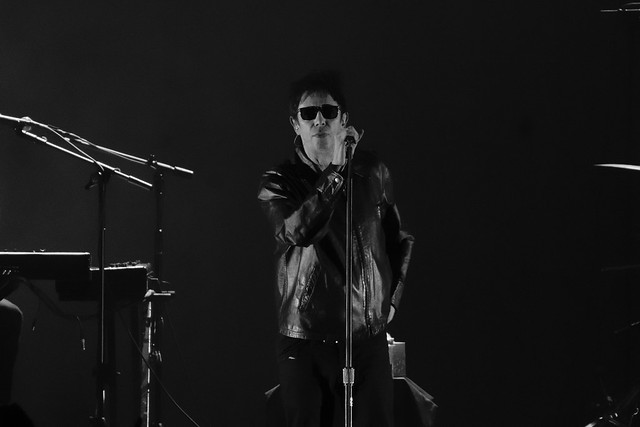 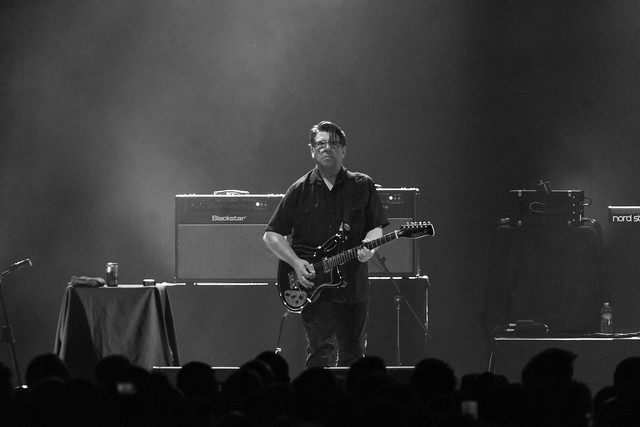 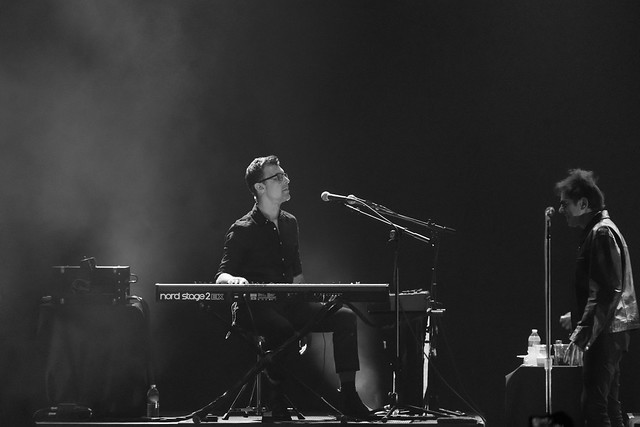 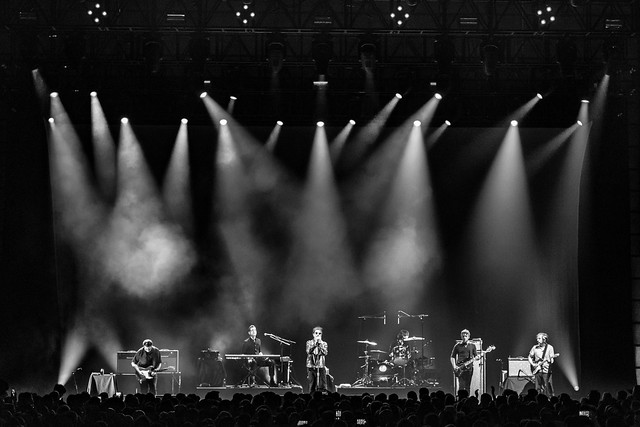