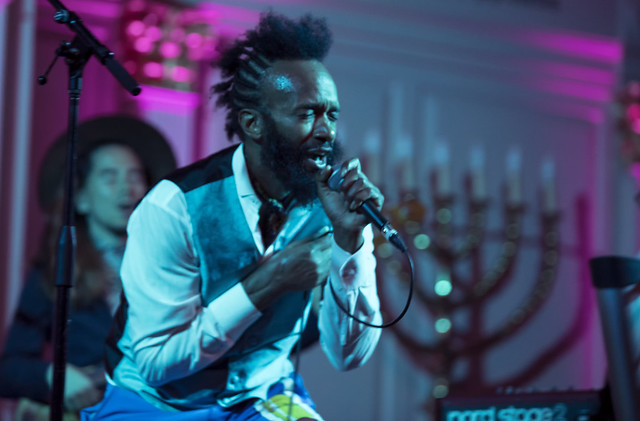 Fantastic Negrito performs at Sixth and I Synagogue on July 25, 2018. (Photo by Will Colbert)

There’s only one Fantastic Negrito — and he was at DC’s Sixth & I recently. The historic synagogue isn’t the typical blues venue, but the Grammy Award-winning musician isn’t your typical bluesman. Xavier Amin Dphrepaulezz, better known by his current musical incarnation Fantastic Negrito, is the embodiment of new blues.

The journey from Xavier to Fantastic wasn’t a straight path. In 1937, Robert Johnson released Cross Road Blues. In the song, Johnson tells how he went down to a crossroad to trade his soul for musical talents. Fantastic Negrito has also found himself at many crossroads during his career, and he has likely locked eyes with a few devils.

Xavier was 12 when his family moved from Massachusetts to Oakland, California. It was the ’80s, and the city was mired in the crack epidemic. He instantly succumbed to the Sirens beckoning him to the streets and a hustler’s lifestyle, which included drug-dealing and delinquency.

At 18, after learning that Prince was a self-taught musician, Xavier realized there was another path. Using his hustler ethos, he began sneaking into the University of Berkeley. Posing as a student, he gained access to the university’s music rooms and learned his new trade. In 1993, he was signed to Interscope Records.

Xavier’s 1996 debut album The X-Factor got a tepid reception, and his career stalled for three years. It got worse. On Thanksgiving 1999, he was in a near fatal-car crash, which left him in a three-week coma. He awoke with a beard, 2 broken arms, and a mangled strumming hand. He was released from Interscope and hopped back onto the hustler path.

Years passed and he inevitably gave up music. One day, in an attempt to stop his infant son from crying he went for a guitar that was gathering dust underneath a couch, and he used his still crooked fingers to strum a tune. His tiny critic loved it, and in 2014 Fantastic Negrito was born. He has described his new musical style as “black roots music for everyone.”

The show began with the energetic performer barreling down the aisles of the synagogue’s pews. The crowd cheered in delight as he joined his band on stage and began the show with “Bad Guy Necessity,” off Please Don’t Be Dead. The expressive performer digs deep, delivering the lyrics, “everybody needs a bad guy, so they can feel okay…” A harsh message, sung with a bluesy grit, and a smooth chorus.

Fantastic Negrito is a storyteller that uses truth and a hard-earned wisdom to reach his audience. He dedicated “In the Pines (Oakland)” to the women that are the binding fabric of many communities. He told the story of how his brother was gunned down in a senseless act of violence and the strength of his mother during that time.

These are the blues. The genre is best known for tales of longing, loss, and desire, but it’s also feelgood music. Fantastic Negrito conducted a blues rock revival in the synagogue during his performance of “Plastic Hamburgers.”

The self-proclaimed “recovering narcissist,” uses wit and charm to effectively create engaging theatrics throughout his performance. He teases the audience with a fable of something rare and perhaps nonexistent, an “Honest Man.” The song is off the Fantastic Negrito Deluxe EP and also part of the score for Ron Perlman’s psychological drama series “Hand of God” (available on Amazon Prime Video).

There’s one of two ways to exit a highway through hell. You take the path of destruction or redemption. Fantastic Negrito has not only redeemed his career, but he brought with him a sincerity and humility that came through in his performance.

Other songs performed during the show included:

Here are some photos of Fantastic Negrito performing at Sixth & I on July 25, 2018. All photos copyright and courtesy of Will Colbert. 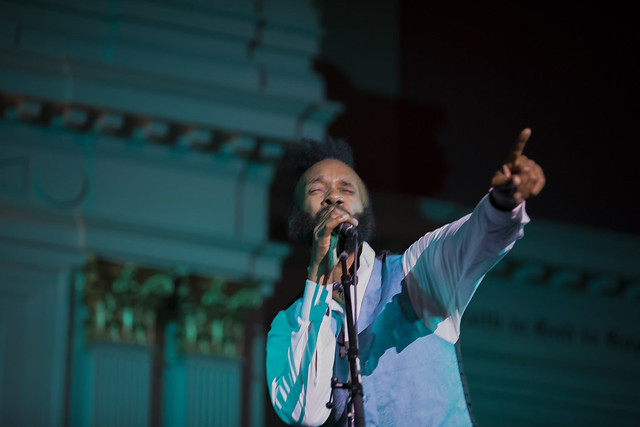 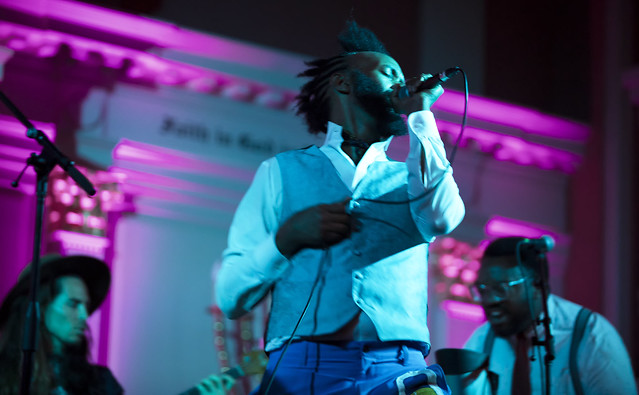 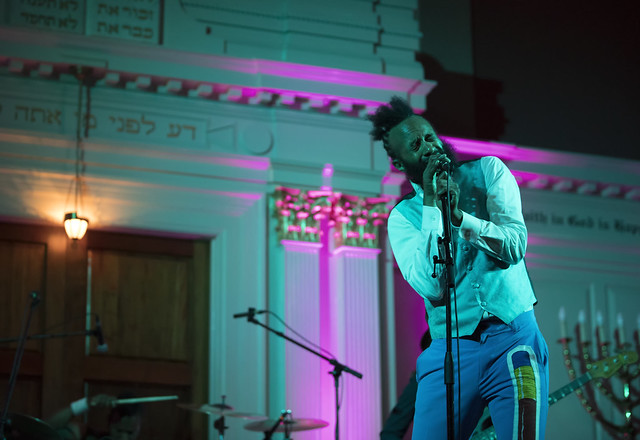 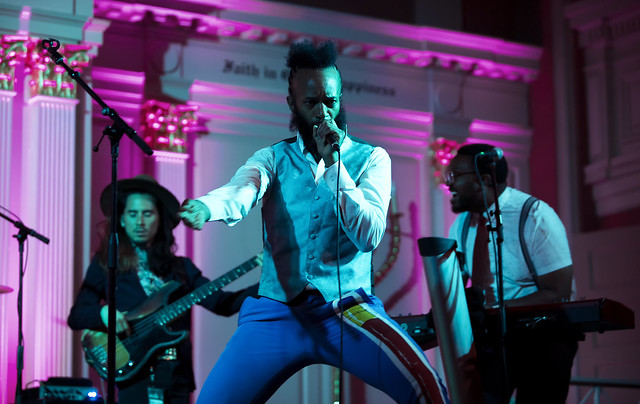 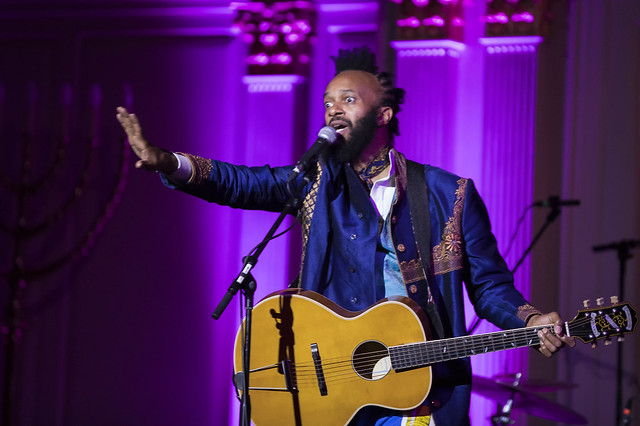 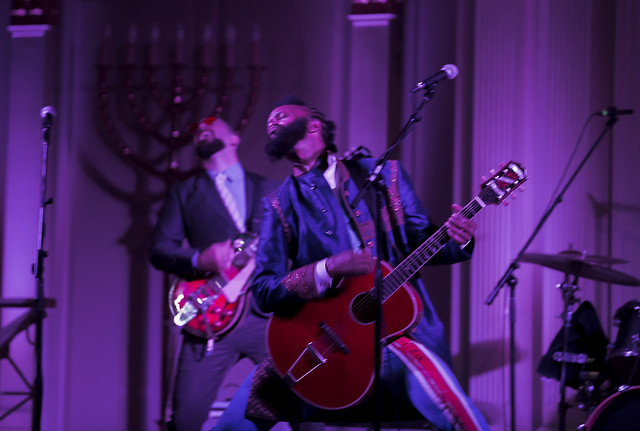 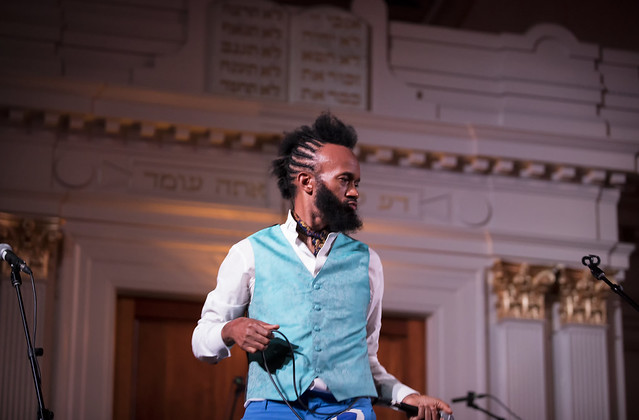 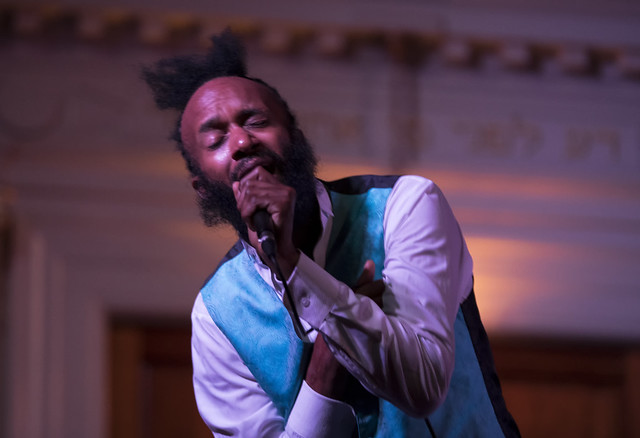 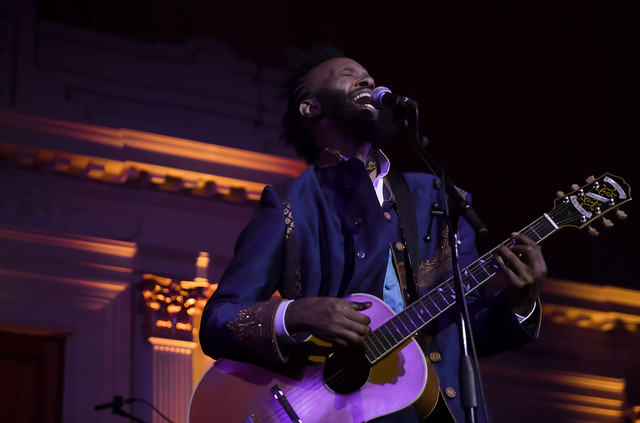 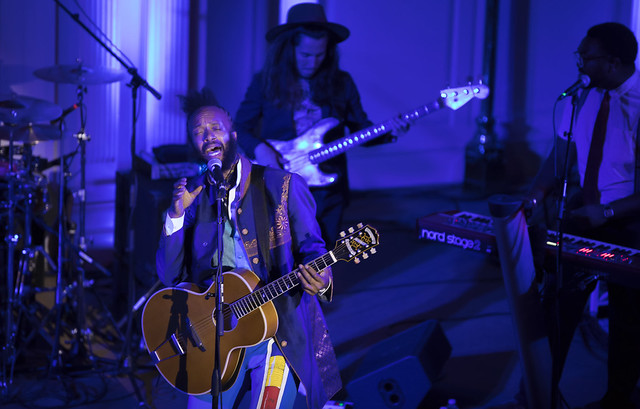