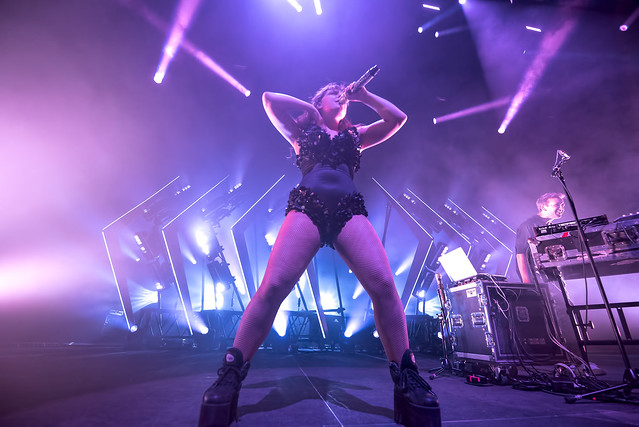 Sylvan Esso dazzles a packed The Anthem on July 26, 2018. (Photo by David LaMason)

There’s a magic that Amelia Meath (vocals) and Nick Sanborn (producer/sound engineer) create. It’s an infectious feeling generated by Amelia’s compelling voice and energetic dance moves — itself buoyed by the soundscapes formed and molded by Nick’s panel of sounds. Over the past two LPs (2014’s self-titled Sylvan Esso and last year’s What Now), the North Carolina-based Sylvan Esso created beat-soaked tunes that stick in your head. But it’s their live show that’s a force to behold.

On Thursday night at The Anthem, the duo pulled no punches.

The evening started with the opening disjointed notes of “Sound” as white lights pulsed through the stage setting — sometimes resembling an alien mothership that had just touched down. And the crowd roared as Amelia walked onto the stage through the smoke to finish the opening lines. As Nick noted, this was a packed house of nearly 6,000.

It can be hard on the surface to see how two individuals can command such a large room, but you simply get it when you witness it in person. As the lights pulsed to each rhythm, the crowd was drawn in as they sang along with Amelia on songs like “Dress” in a call and response as at one point a beach ball went bouncing over the heads of the concert goers. 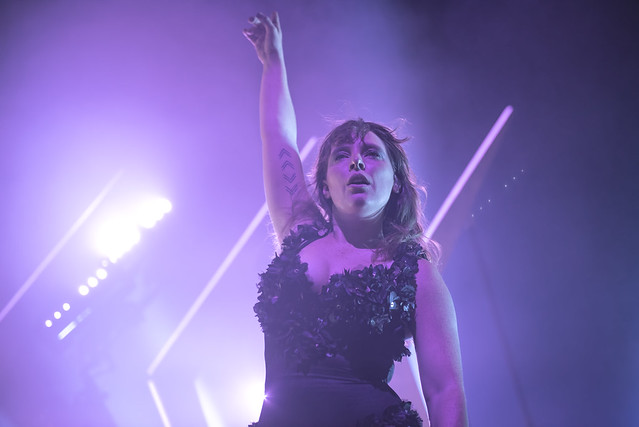 Most of the songs came from Sylvan Esso’s two LPs, but there was one special moment when Amelia introduced “Jaime’s Song” by noting that the inspiration came from the Radiolab story about a woman suffering from mental illness with the poignant lines, “Though the constant feels constant I’m breaking up / The choices I make will all fade to dust / While the matter is shifting I’m waking up / I remember, I remember what I thought I was.”

Here are some pictures of Sylvan Esso performing at The Anthem on July 26, 2018. All photos copyright and courtesy of David LaMason. 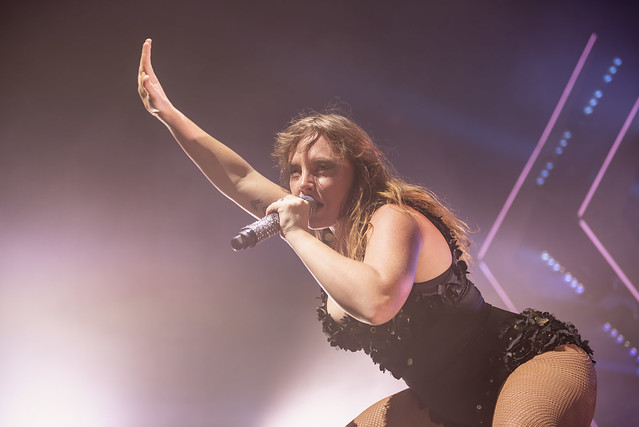 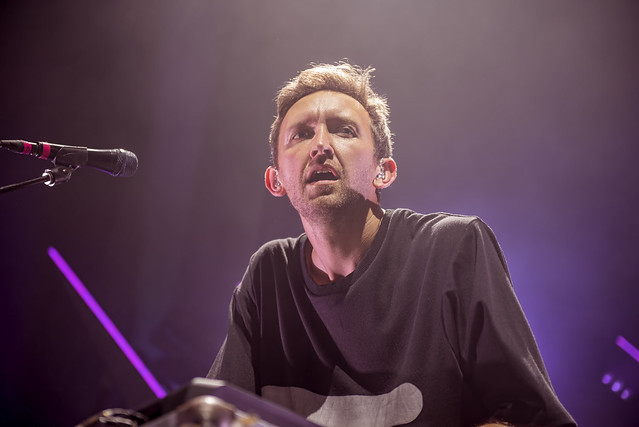 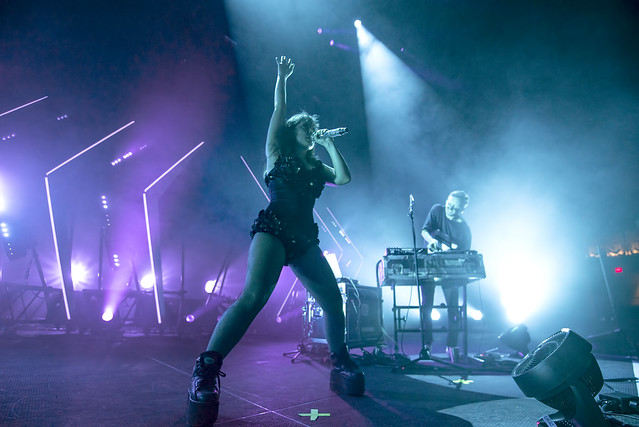 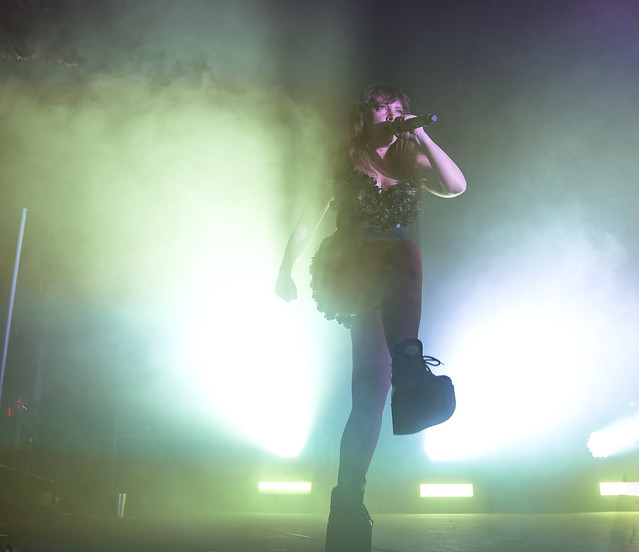 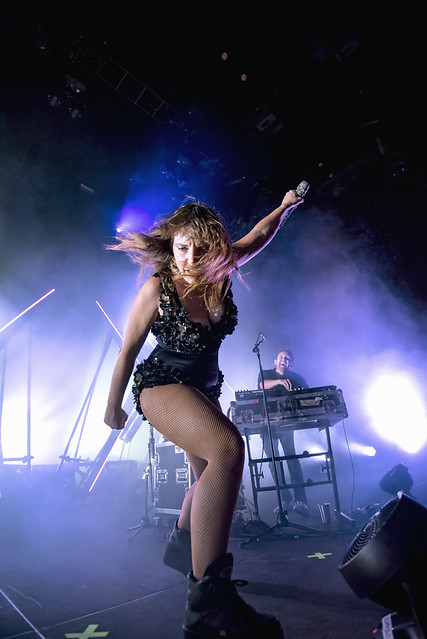 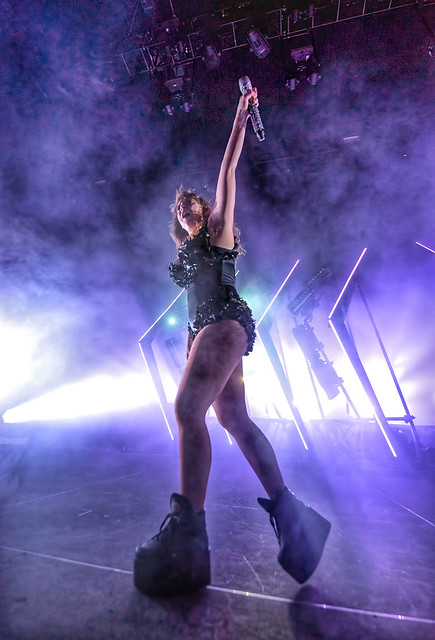 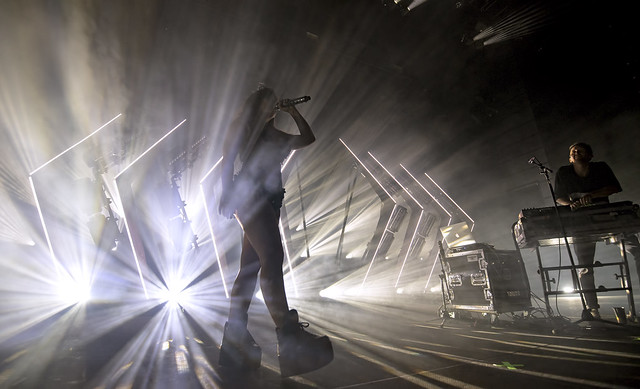 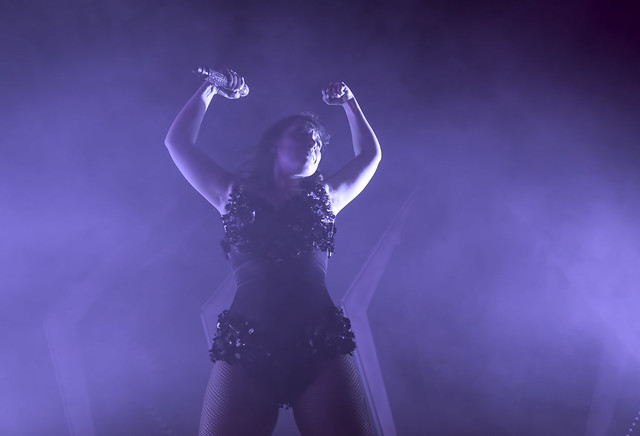 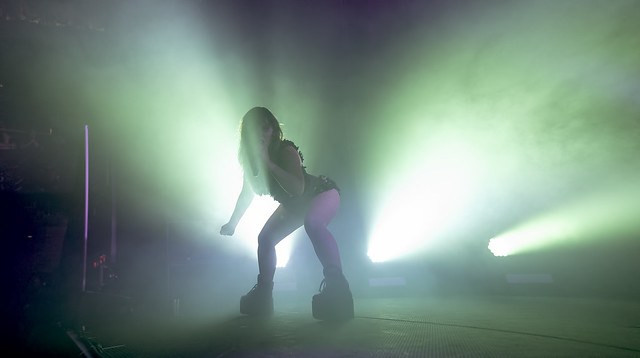 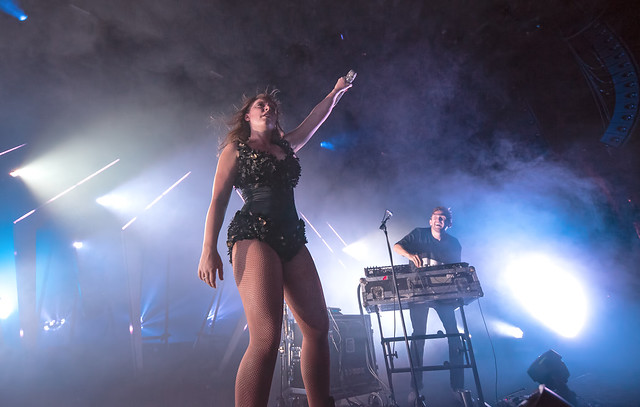 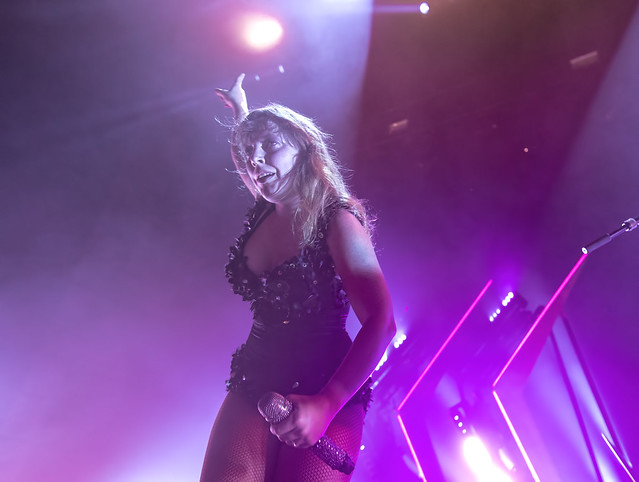 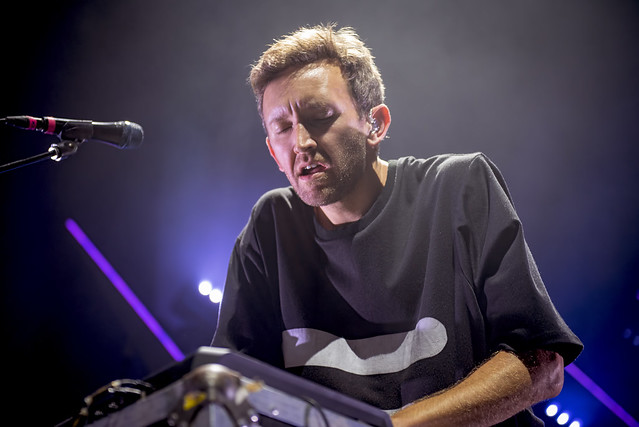 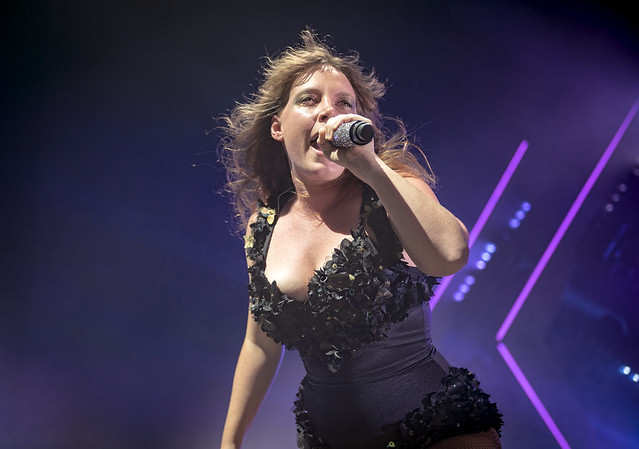 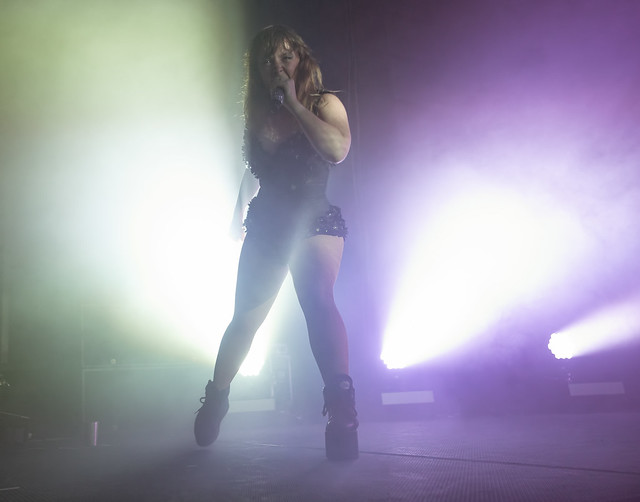 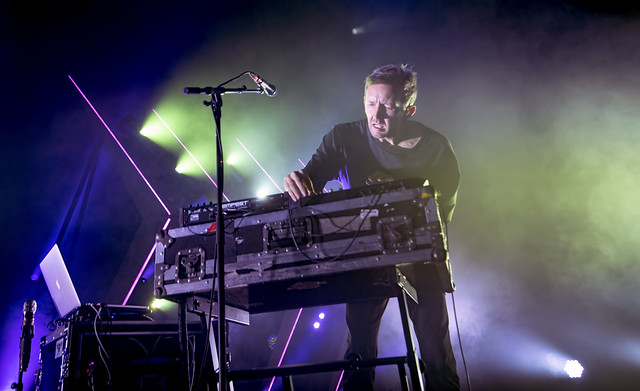 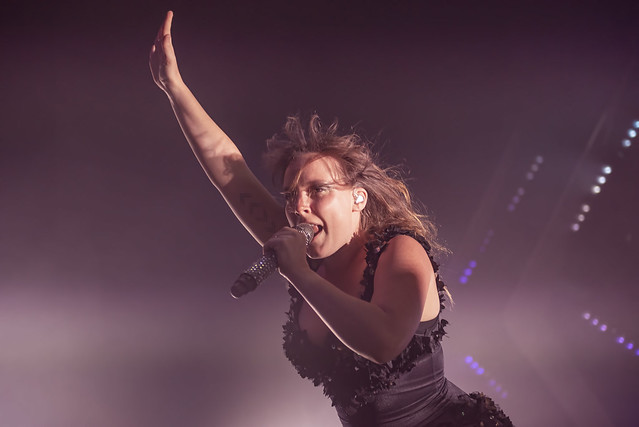