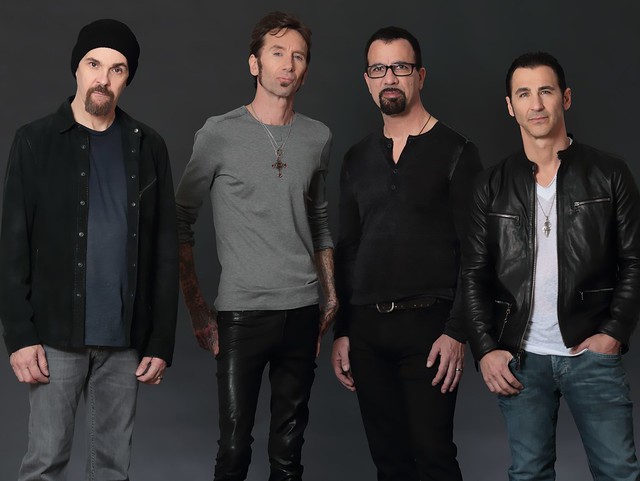 Godsmack released When Legends Rise, the band’s seventh studio album, on April 27 via BMG. The metal quartet have teamed with fellow rockers Shinedown for a joint tour that visits Jiffy Lube Live on Sunday, Aug. 19.

The new album by Godsmack was greeted with commercial success, supported by the #1 Mainstream Rock song and video “Bulletproof” plus the title track “When Legends Rise.” The record entered the Billboard Top 200 album chart in the Top 10 (#8), with four #1 placements on other charts: Top Rock Albums, Top Hard Music Albums, Top Independent Albums, and Top Alternative Albums.

Watch the extended official music video for “Bulletproof” by Godsmack on YouTube:

Loudwire hailed the new album from Godsmack as one of “2018’s Best Rock Albums… So Far.” Loudwire’s Chad Childers said, “The band is painting with a broader palette and delivering one of their most well-rounded albums to date.”

“The single ‘Bulletproof’ was ready made for rock radio, while the titular ‘When Legends Rise’ is the sound of a band brimming with as much vitality as they’ve ever had. The adrenaline-fueled ‘Take It to the Edge,’ the road-burning rocker ‘Say My Name’ and the epic, buzz-generating ‘Under Your Scars’ could all find some time on the airwaves as well. When Legends Rise should give Godsmack an uptick in their career,” he added.