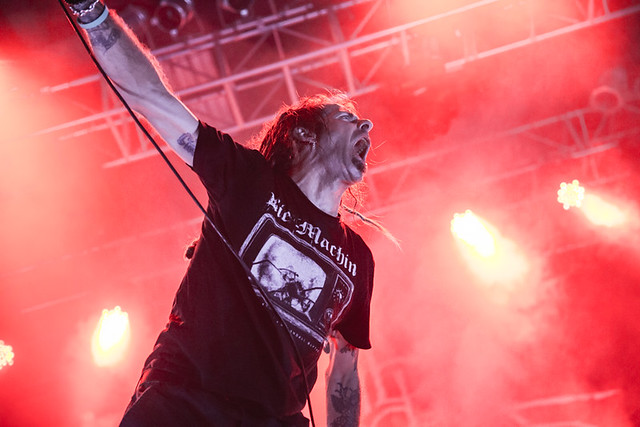 Lamb of God perform at The Fillmore Silver Spring on July 30, 2018. (Photo by Paivi)

Over the summer, Lamb of God supported metal legends Slayer on a farewell tour that visited the DC metro area. Earlier this week, the heavy metal quintet from Richmond, Virgina, returned to headline The Fillmore Silver Spring, and they brought along tourmates from the Slayer good-bye show — Anthrax and Testament.

Lamb of God thrashed the hell outta The Fillmore, and Paivi captured the show on film.

When Lamb of God first formed, they called themselves Burn the Priest. They quickly changed their name in time for their second album, New American Gospel, in 2000. But for their latest record, they revived the name Burn the Priest for a covers album, Legion: XX, issued by Epic Records/Nuclear Blast in May. At The Fillmore Silver Spring, the band performed one of those covers — “Inherit the Earth” by The Accüsed (1988).

Otherwise, the band drew most of its set from its mid-’00s albums, Ashes of Wake (2004) and Sacrament (2006), opening the show with the first albums “Omerta” and closing their set with “Redneck.”

Perhaps it goes without saying that there was plenty of moshing and headbanging and craziness with an enthusiastic crowd that partied hard with Lamb of God at The Fillmore Silver Spring. The local boys who have become leaders of a new generation of metalheads surely will return again soon. Meanwhile, here are some pictures of Lamb of God performing at The Fillmore Silver Spring on Monday, July 30, 2018. All photos copyright and courtesy of Paivi Salonen. 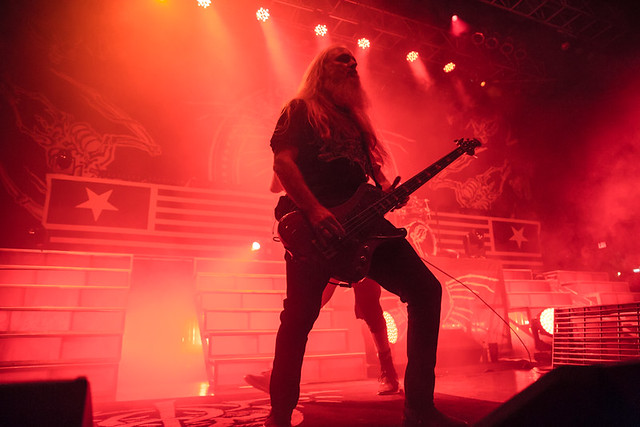 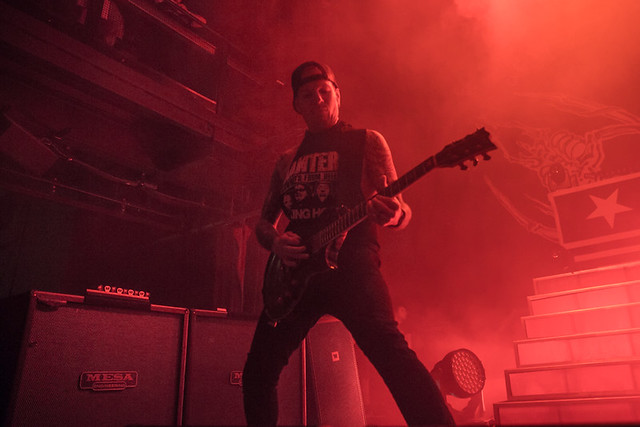 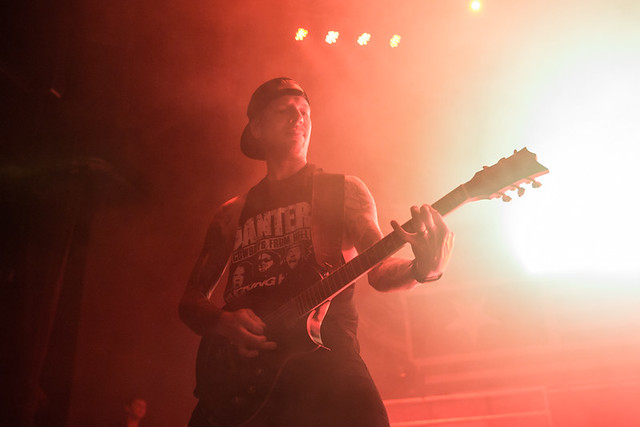 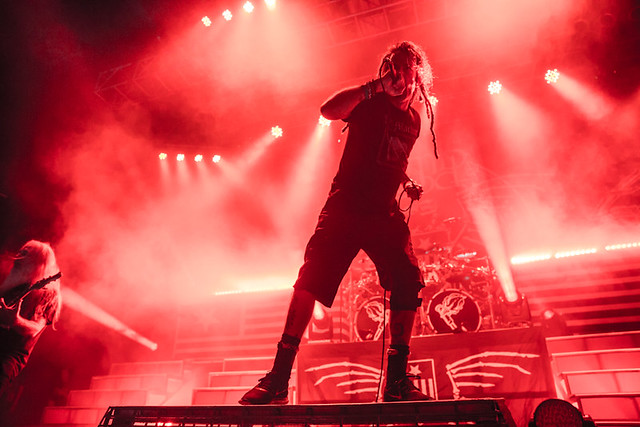 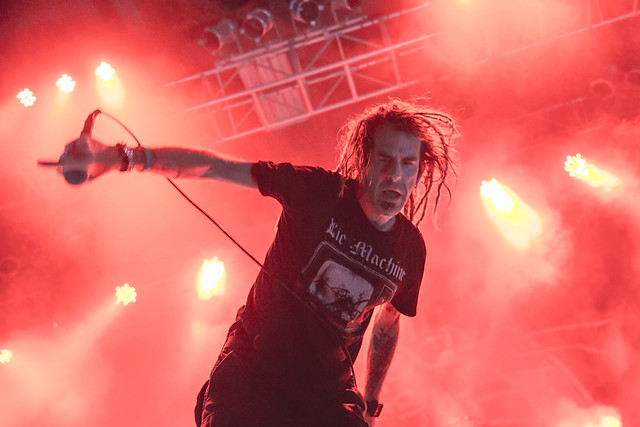 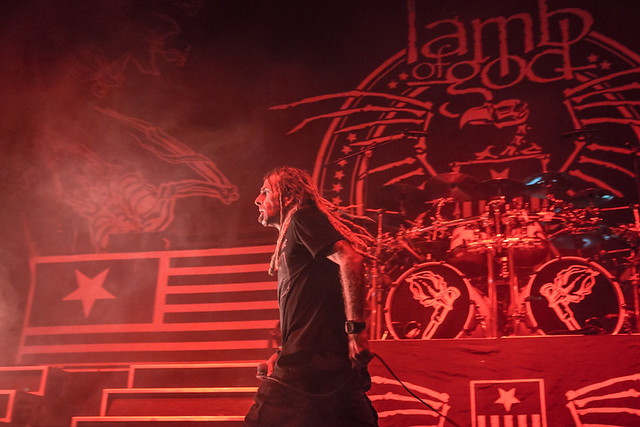 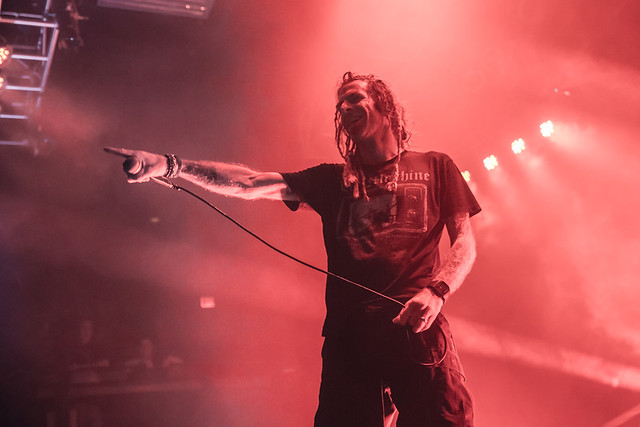 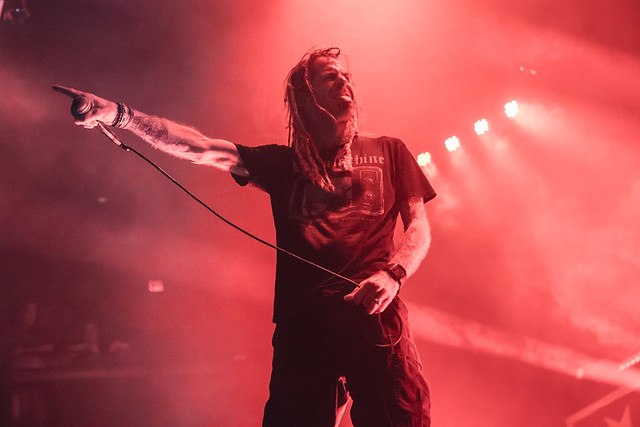 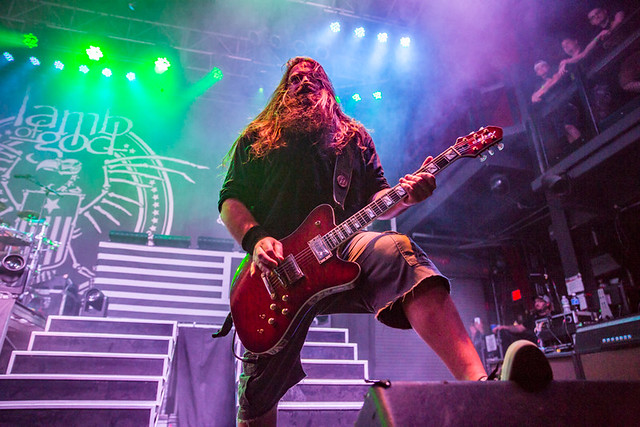 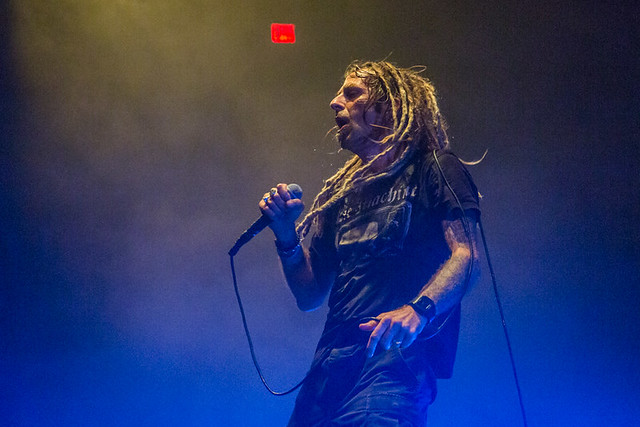 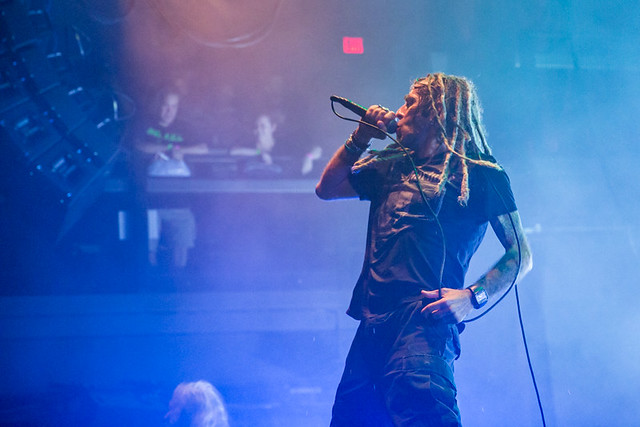 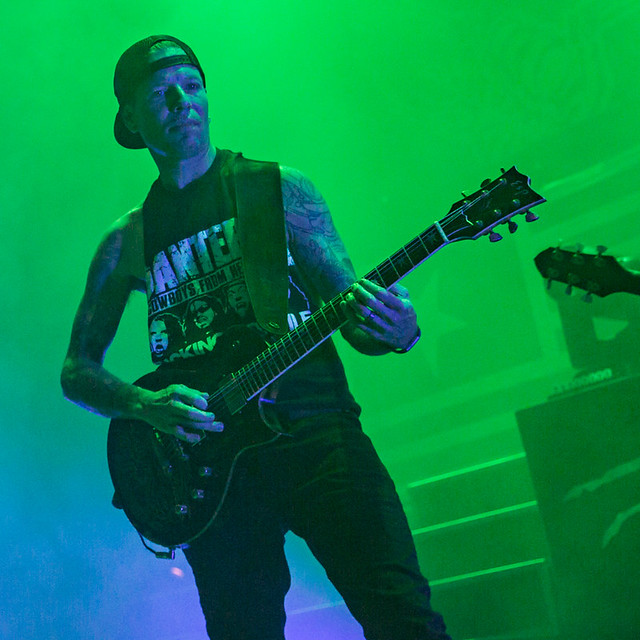 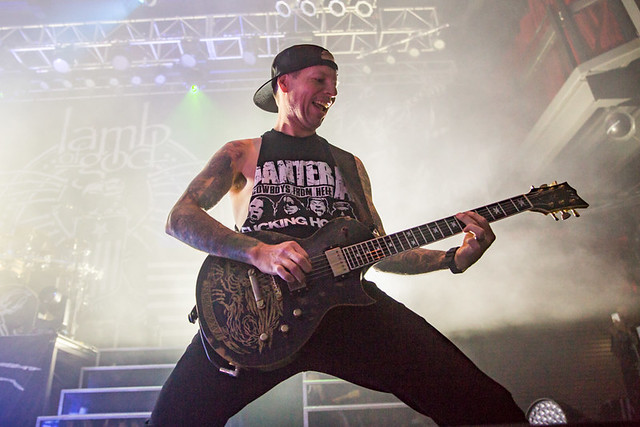 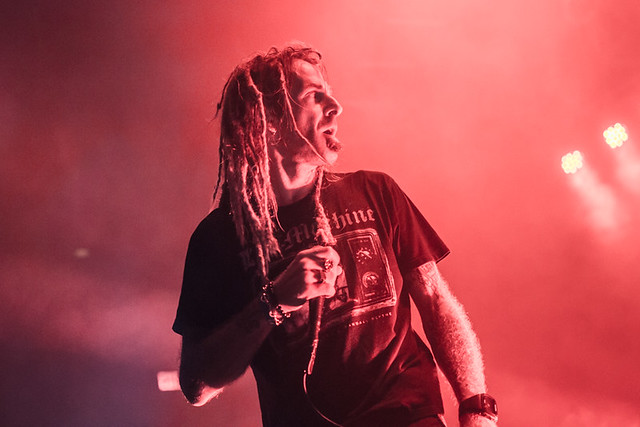