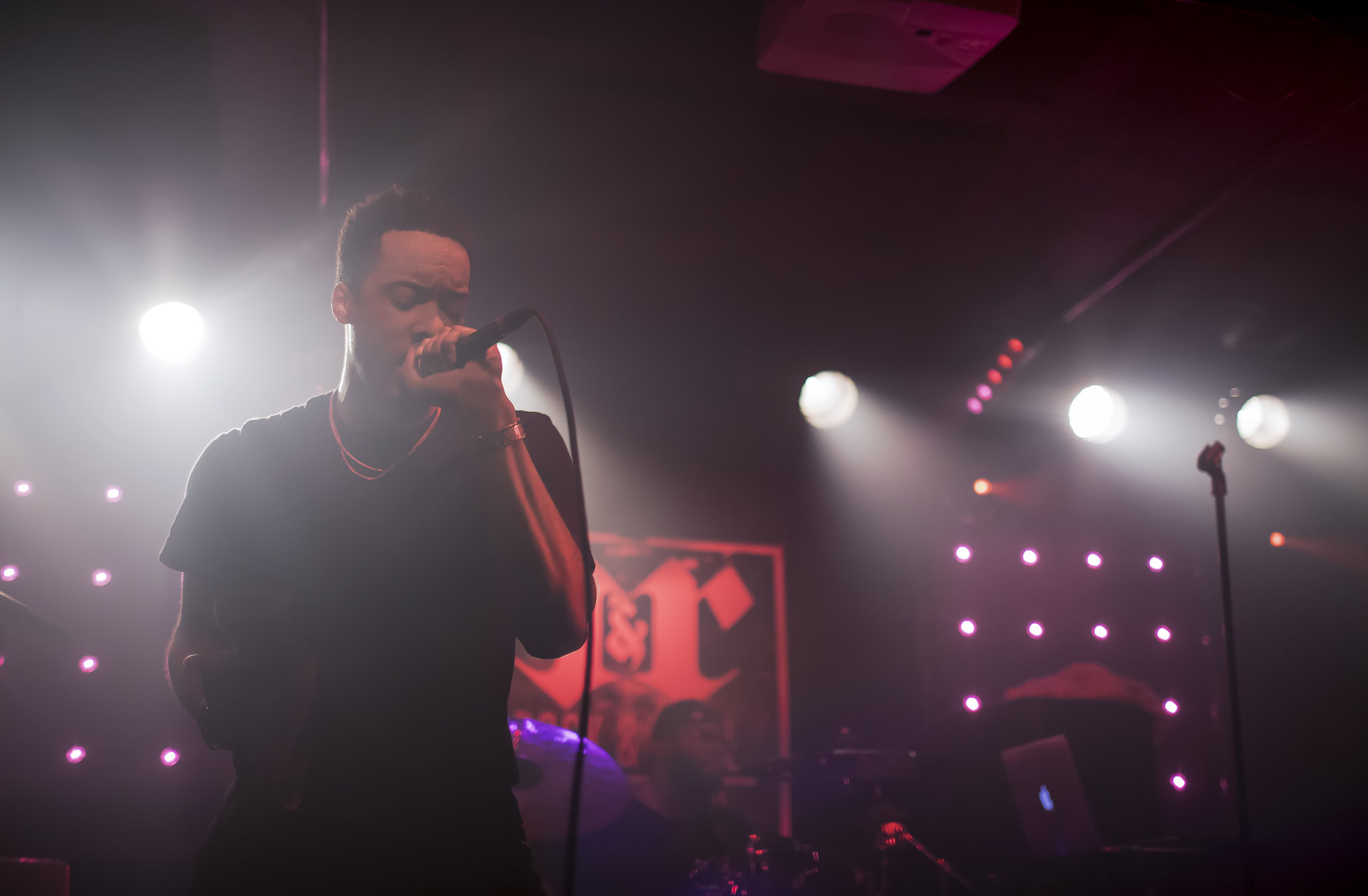 Detroit rapper/producer Black Milk turned up the temperature in northeast DC’s Rock and Roll Hotel last week. The concert was part of the aptly named FEVER tour. DC-based band Nat Turner joined him on stage to add fuel to the flame.

Earlier this year, Black Milk released his seventh solo hip hop album, FEVER. The album arrives four years after his last release, but it is well worth the wait. On the record, Curtis Eugene Cross, better known as Black Milk, delivers a laidback flow over synth production and live instrumentation, which are characteristic of his distinct sound. Songs on FEVER explore human nature, police brutality, social media, and other topics attuned to the current political climate. The Motor City emcee wants you to not only nod to the beat, but also think.

The tall rapper entered the stage on Thursday to the lush track “unVEil” off FEVER. It wasn’t long before he worked up a sweat performing songs from the new album. He rhymed to the melodic “Could it Be”; spitted allegorical verses on “Laugh Now Cry Later”; and rapped a parable of betrayal on “Foe Friend.”

The hip-hop prodigy began his career as a teenage producer for the legendary rapper/producer J Dilla’s group Slum Village. He released his first solo album, Sound of the City, in 2005. It was clear during the show that the Dilla protege was surrounded by his Day 1 fans. He broke into a grin when someone yelled out for him to perform “Pimp Cup.” “Come’on man, I was 19 when that came out. I don’t even think I remember the lyrics,” he joked.

Black Milk’s memory shouldn’t be questioned as he went through an array of songs during his performance based on audience requests. At one point, he apologized to his drummer, and the newest member of the band, for springing on him songs not rehearsed. It didn’t seem to faze the percussionist, but it also doesn’t hurt that Black Milk was a master of his craft.

The skilled producer gave the audience a glimpse of what it might be like to watch him in the role of conductor during a studio session. The double threat emcee gave the drummer a beat box to help him catch the unfamiliar beat. He then turned to the bassist and emulated the funky riff he needed to compliment the drums.

The impromptu moment was something special and unique. The same can be said for the performance as a whole. The fusion of the emcee’s reality rap with the band’s thumping drums, dexterous bass, and soulful piano made for a dynamic show.

Here are some photos of Black Milk performing at Rock and Roll Hotel on Aug. 2, 2018. All photos copyright and courtesy of Will Colbert. 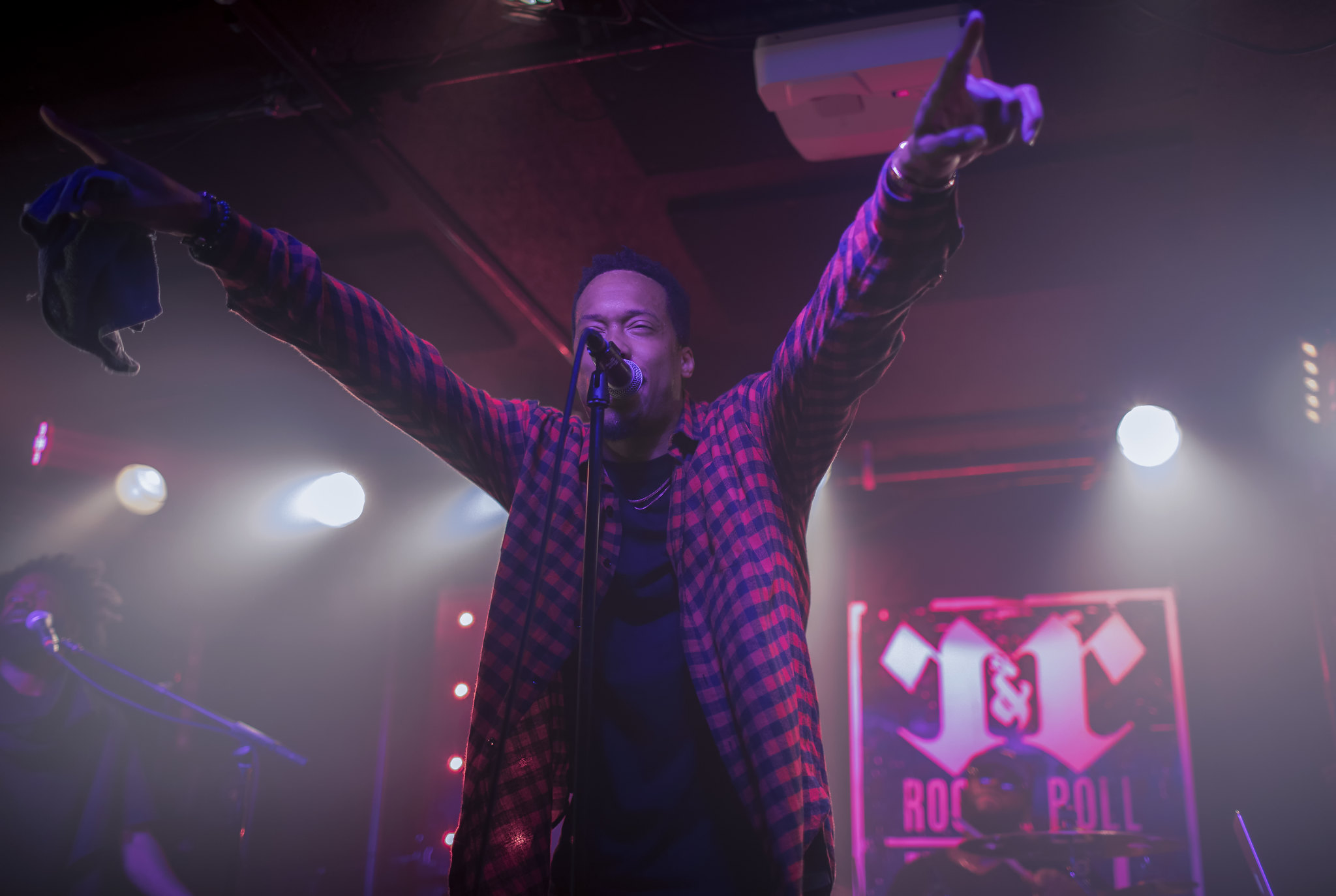 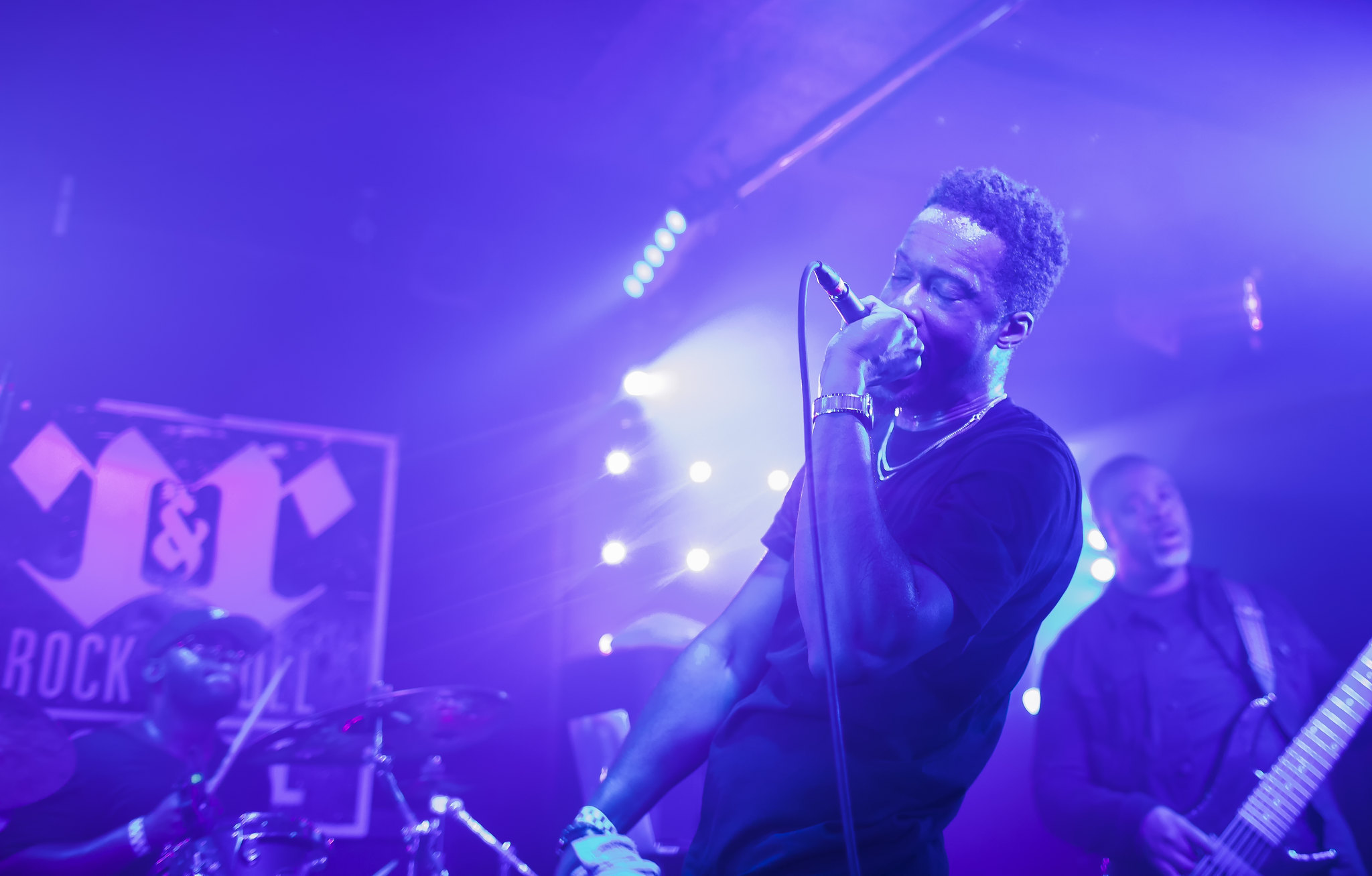 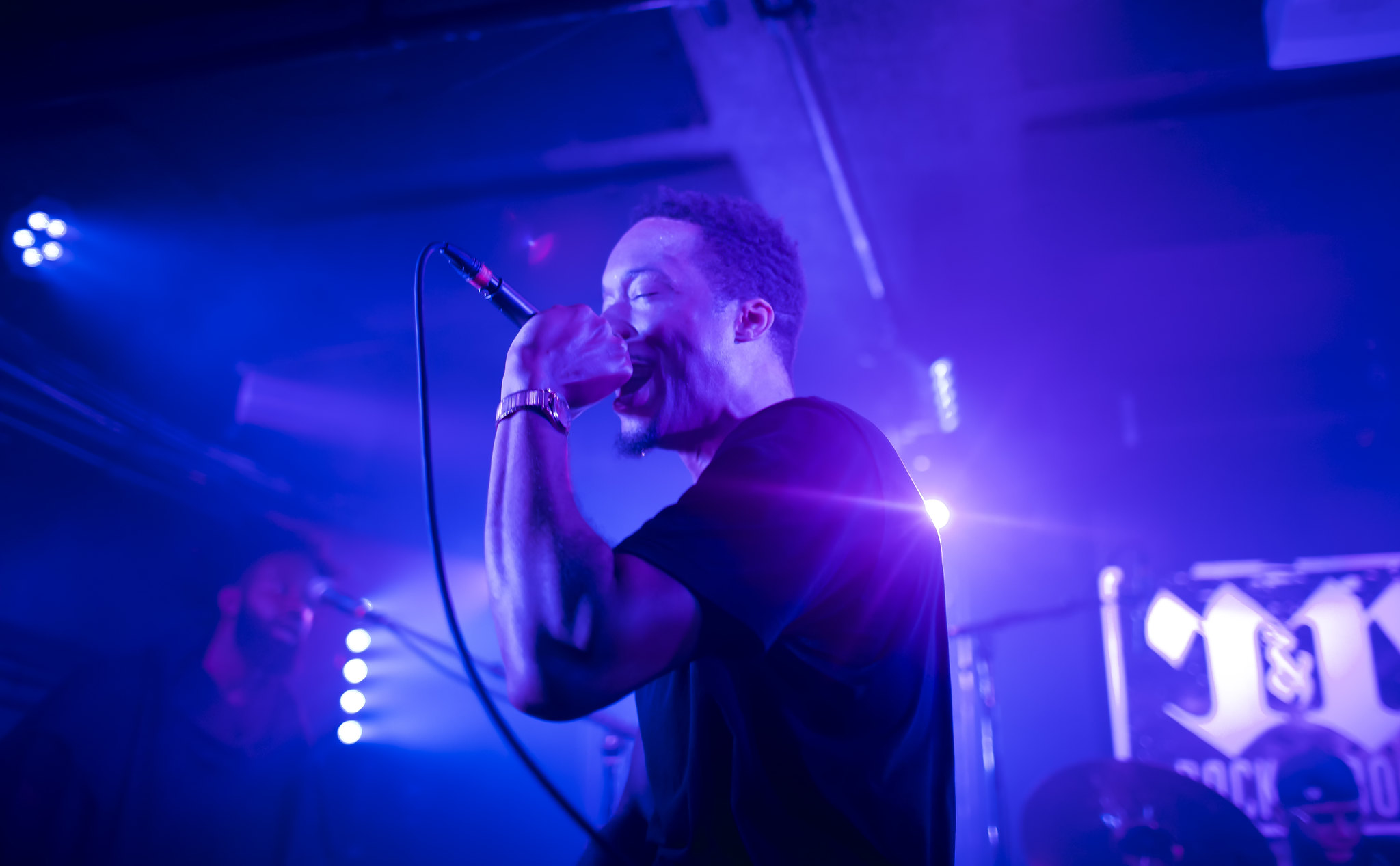 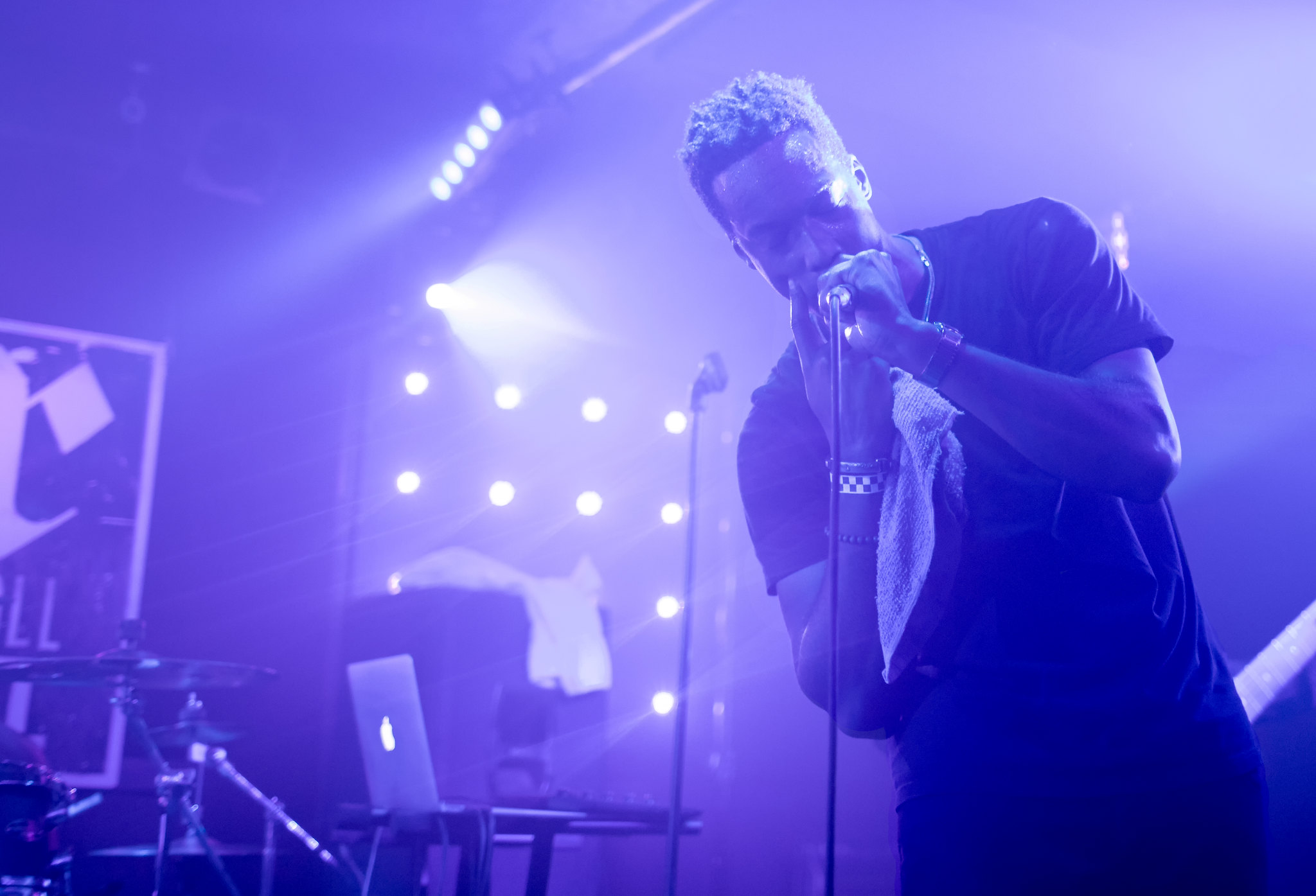 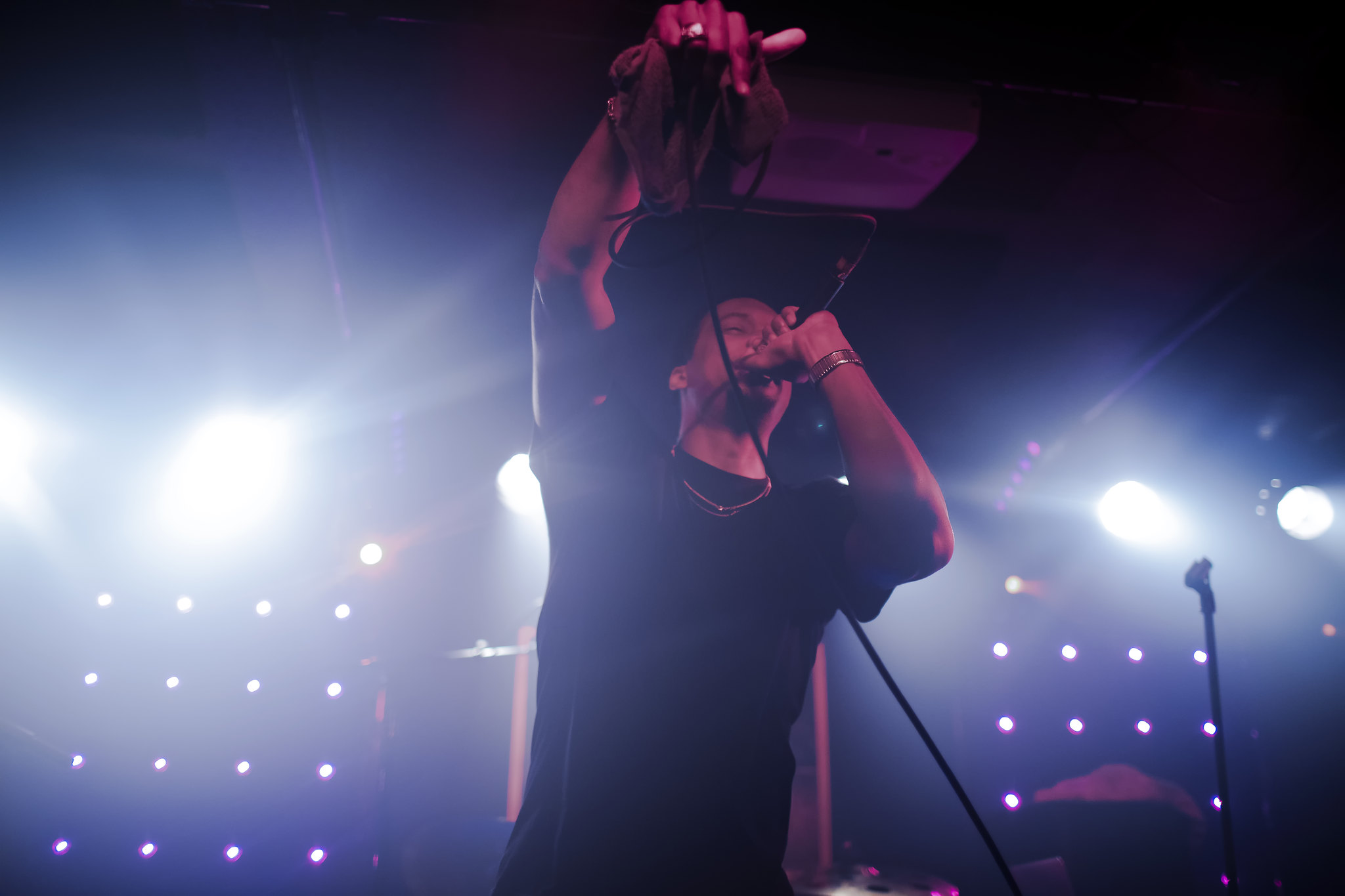 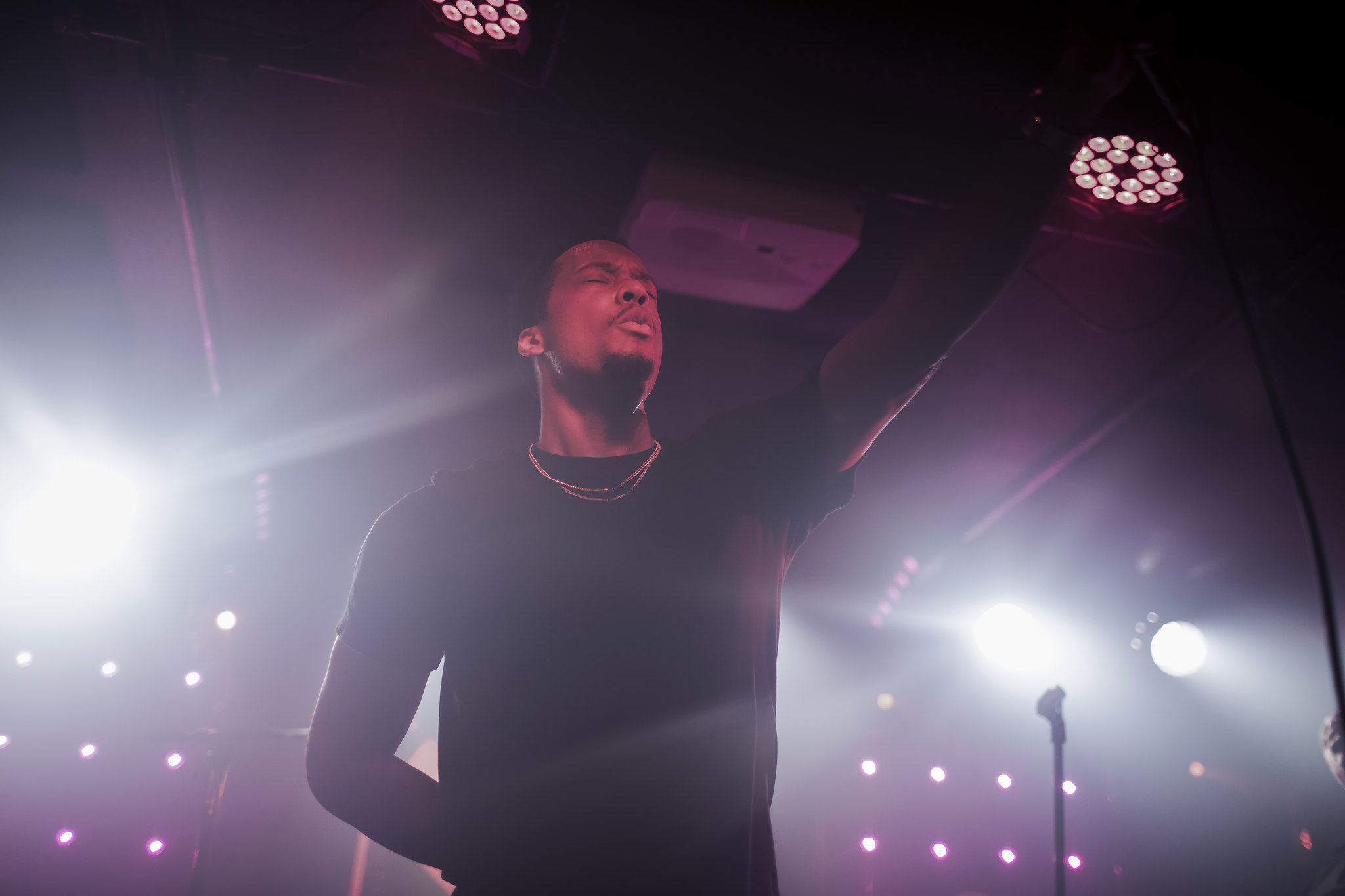 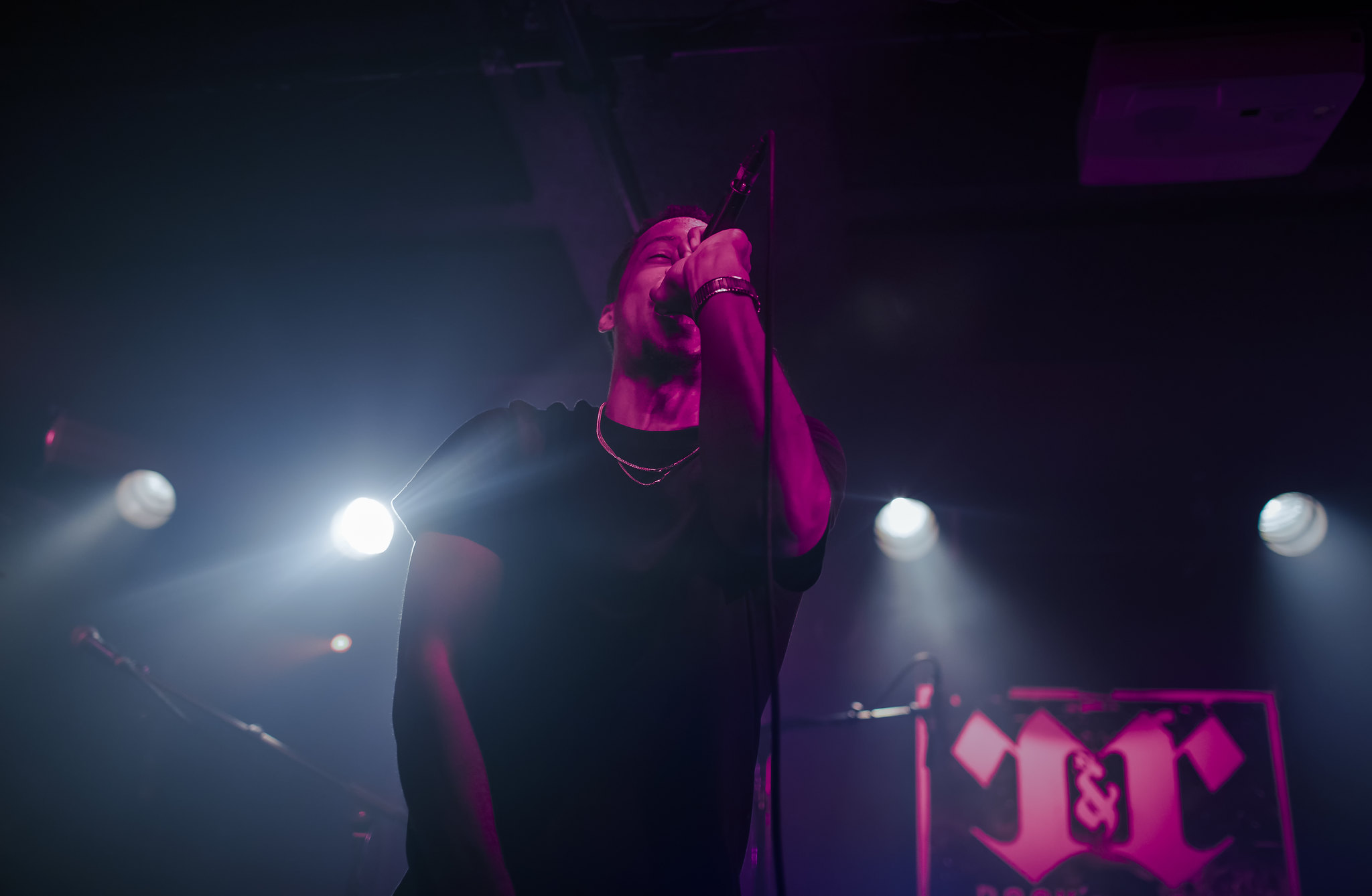 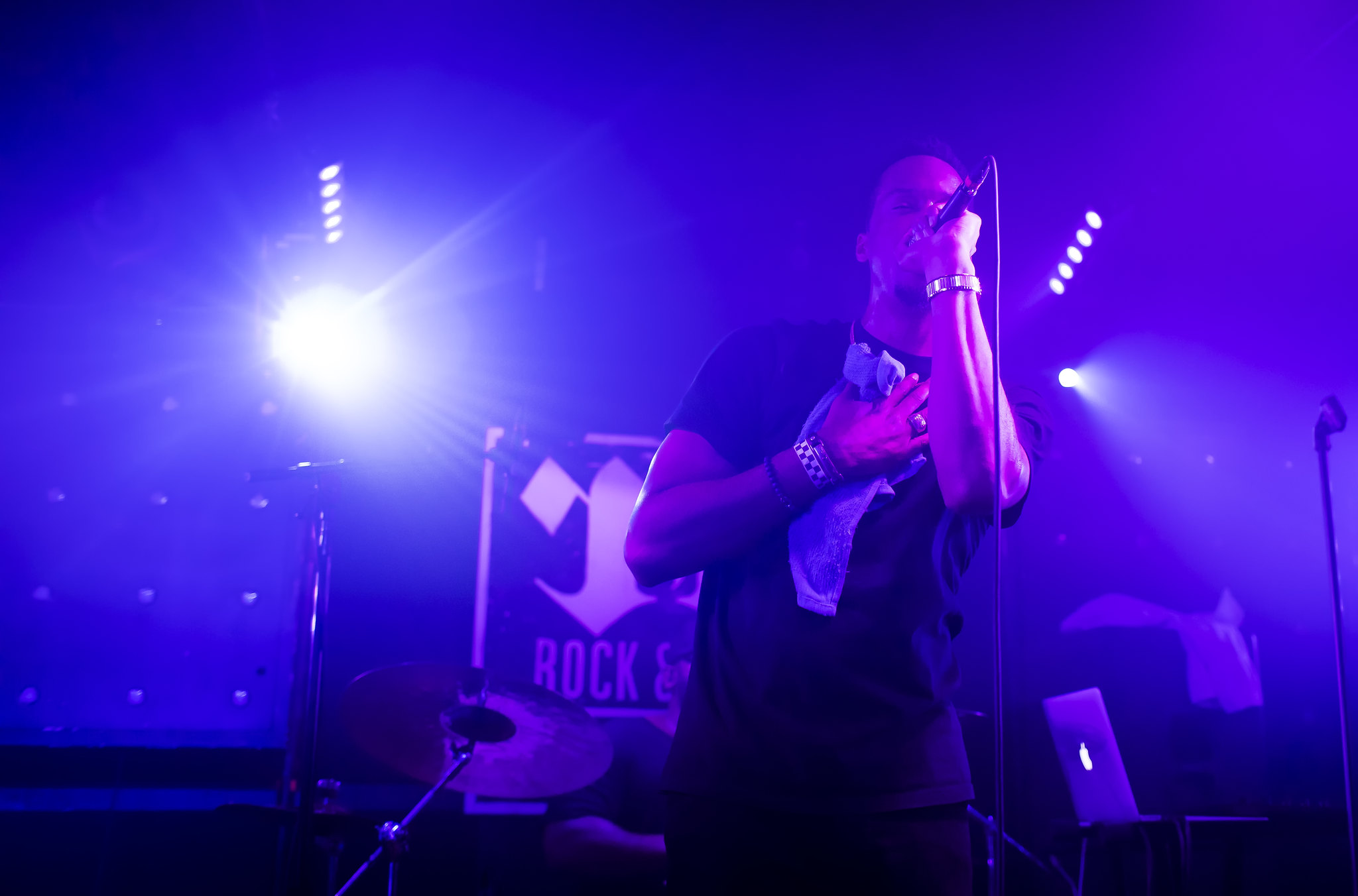 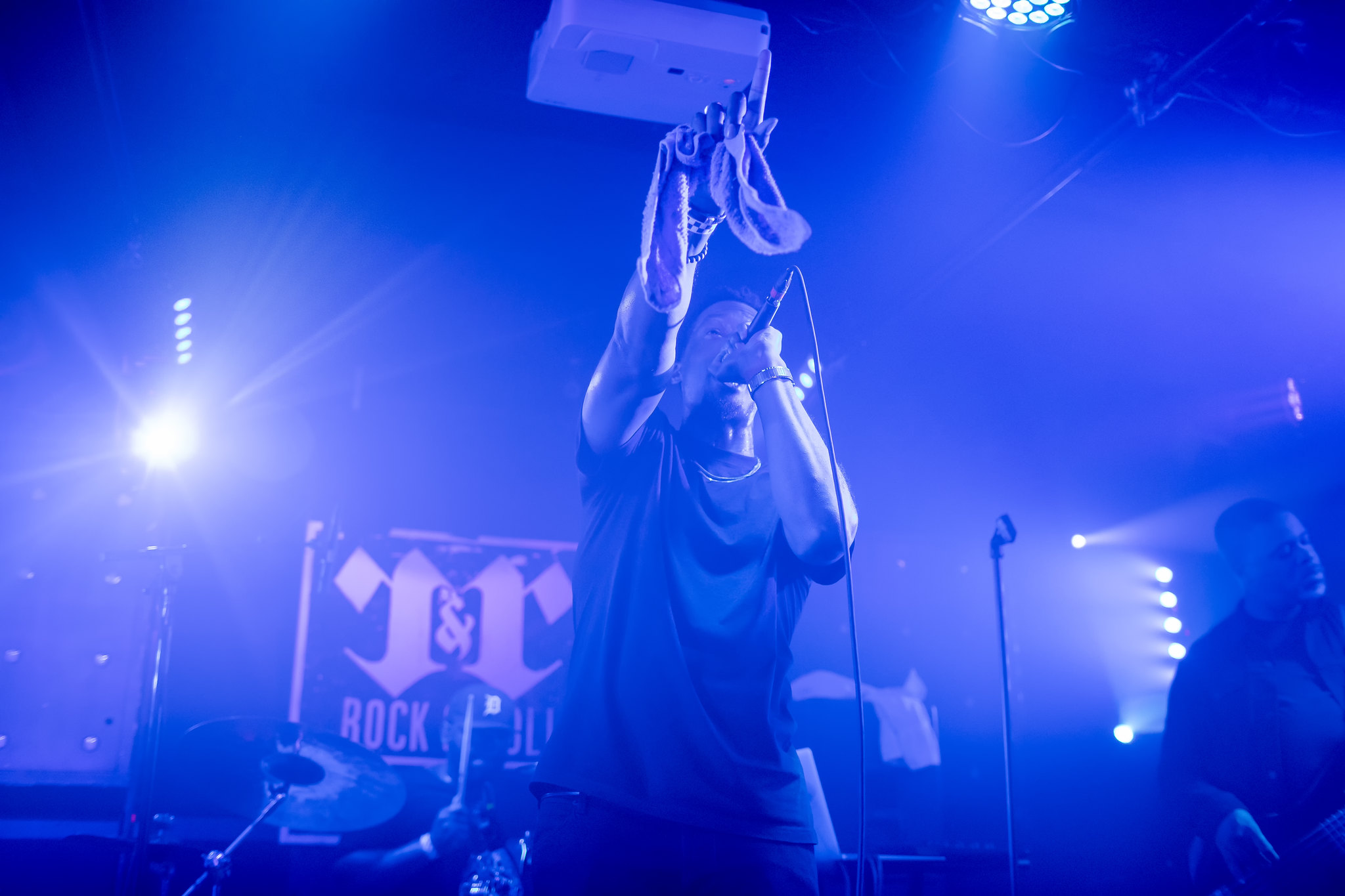