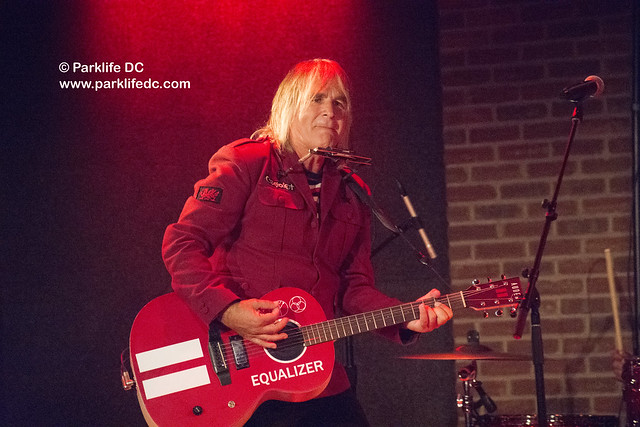 If you’ve heard Mike Peters tell a story, you know it’s a story told well, with a bit of reminiscing, a dash of rambling, and very little regretting. You’ll have to hear Mike tell the story of his encounter with Prince Charles, but mostly he was thankful for the NHS service, which helped him survive cancer.

Such life experiences supercharge the music of The Alarm, which is defiant and life-affirming at the same time. The Aug. 8 show at City Winery was actually short on stories and long on rock ’n’ roll, which was good by the audience who came out to sing along to every song.

The Alarm released Equals, their most recent studio album, through The Twenty First Century Recording Company on June 29. The band played only a few songs from the new album, most notably the standout “Beautiful.” The songs came from a creative period after Mike battled leukemia, and he sang them with appropriate gusto. Joining Mike in The Alarm was his wife Jules Jones Peters on keyboards, guitarist James Stevenson, and drummer Steve “Smiley” Barnard.

The quartet were not shy about the band’s history, pulling most of its performance from debut album Declaration, first released in 1984, and second album Strength, which originally followed in 1985. This parade of songs enthralled the bustling concert hall at City Winery, beginning with “Blaze of Glory,” drawing the first song of the set from Declaration. Soon, The Alarm played “Absolute Reality,” from Strength, and as ever, it’s an important part of the set as Mike and the audience sing together emphasizing the refrain, “This is absolute reality reality reality.”

Mike is a consummate showman, and for the most part a show by The Alarm remains a show by Mike Peters, who spent a lot of time refining his solo act after his original band broke up in 1991. Mike called the audience to action, beamed to every call and response, shuffled from side to side on the stage, and truly stamped every remarkable lyric he had to offer into the collective brains of those assembled. In doing so, Mike infectiously and boisterously fully entertained everyone.

Outside the sheer joy of seeing Mike perform, standout moments in the show for me really came from Declaration, including a raucous “The Stand” early in the show and the recalcitrant “Sixty-Eight Guns” to close the main set. Those old favorites alone are worth the price of admission for an Alarm show, and you have a lot of opportunities to catch them in North America this year as they wind up one leg of touring on Aug. 26 only to return for more shows throughout the country on Oct. 26.

Here are some pictures of The Alarm performing at City Winery on Aug. 8, 2018. 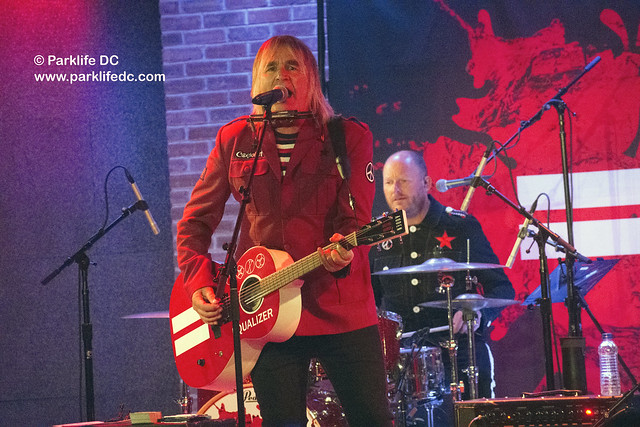 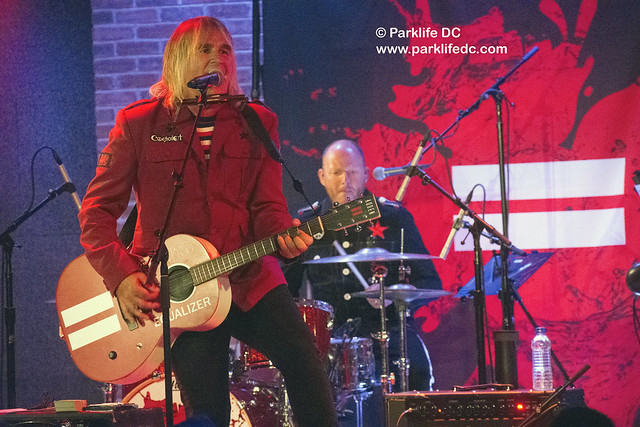 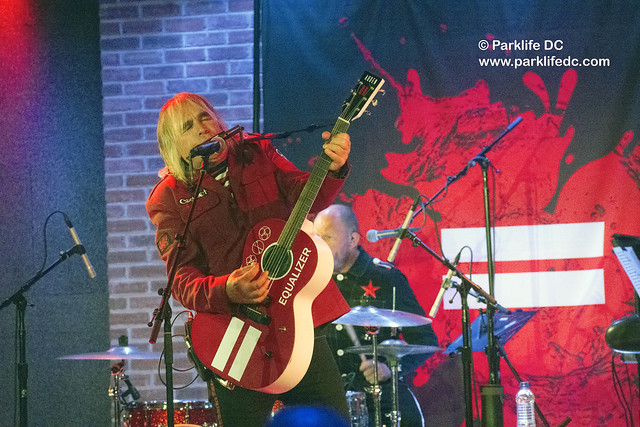 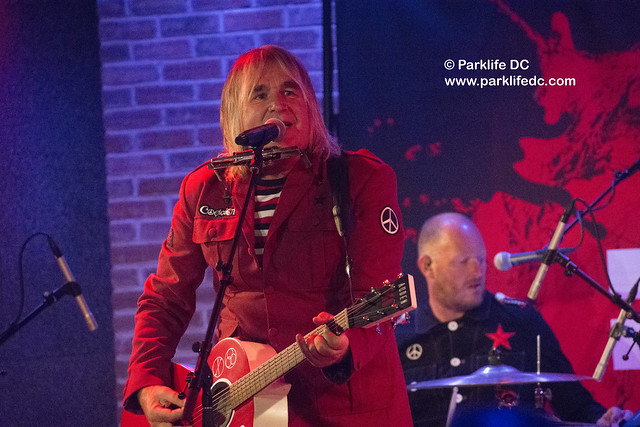 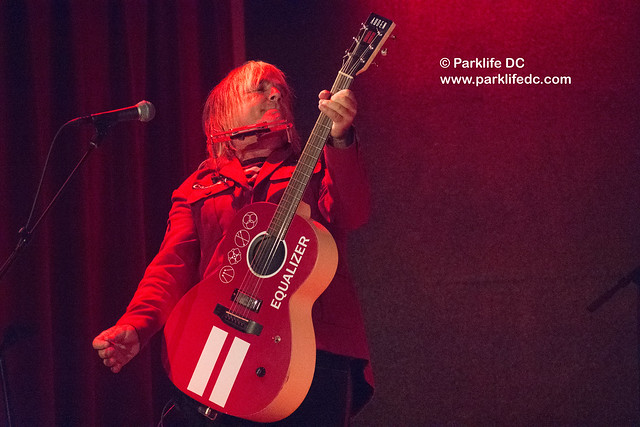 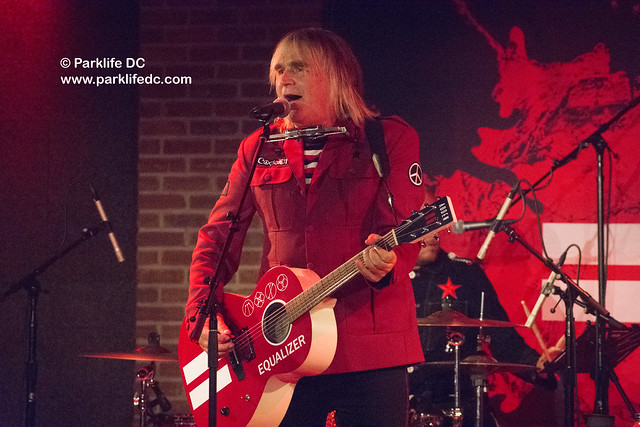 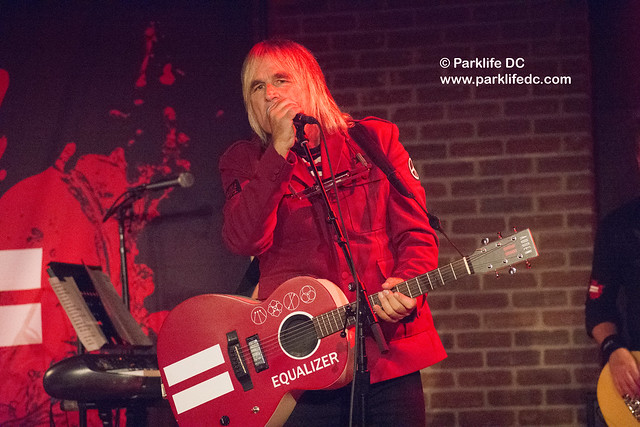 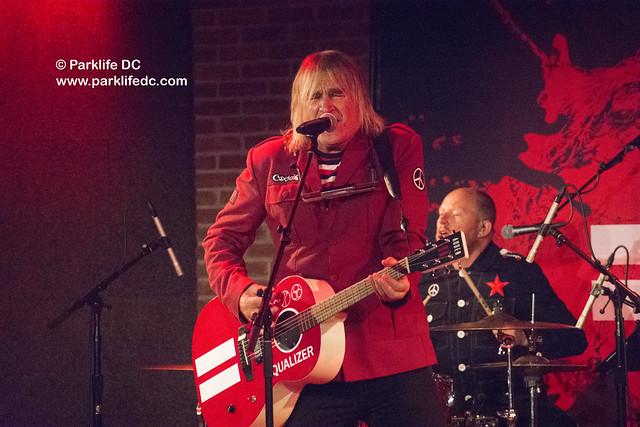 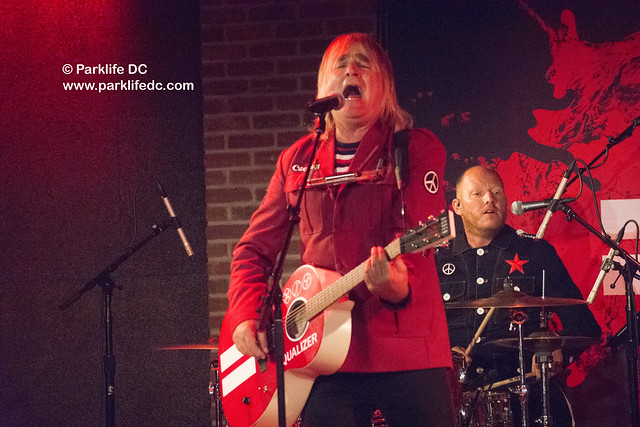 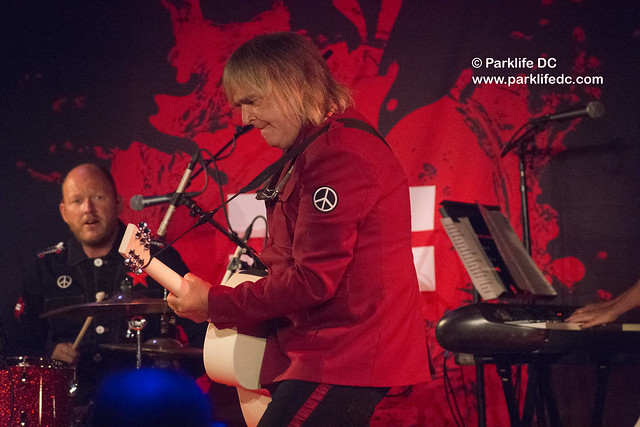 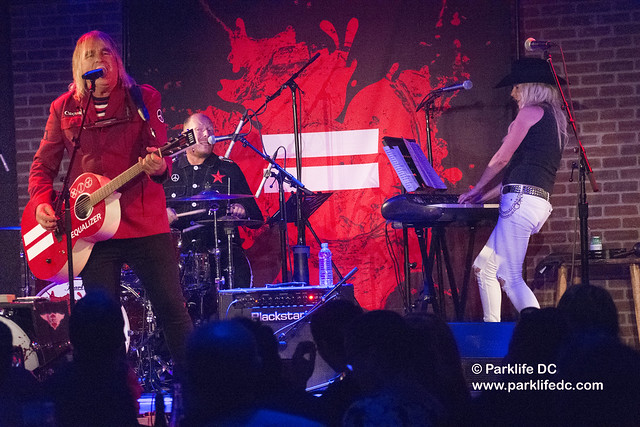 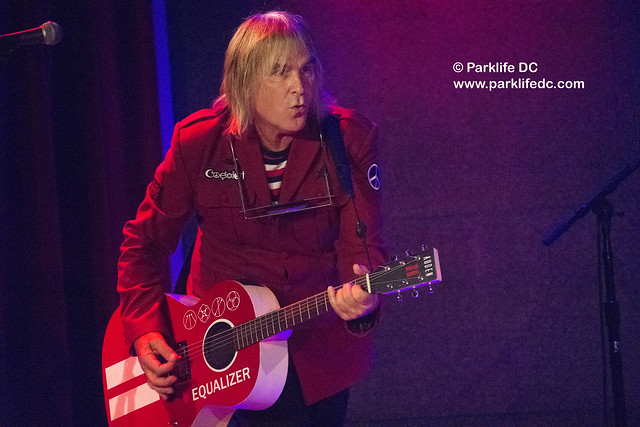 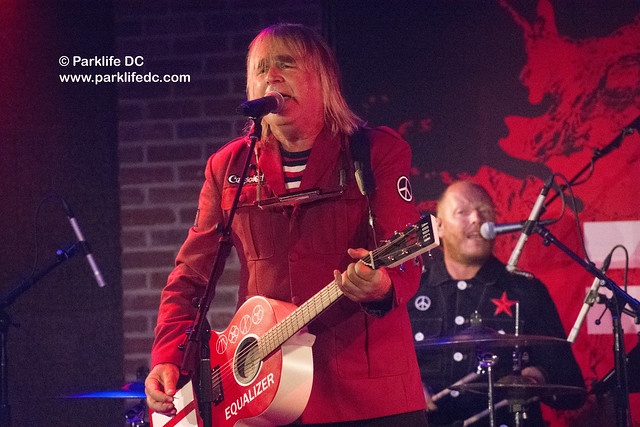