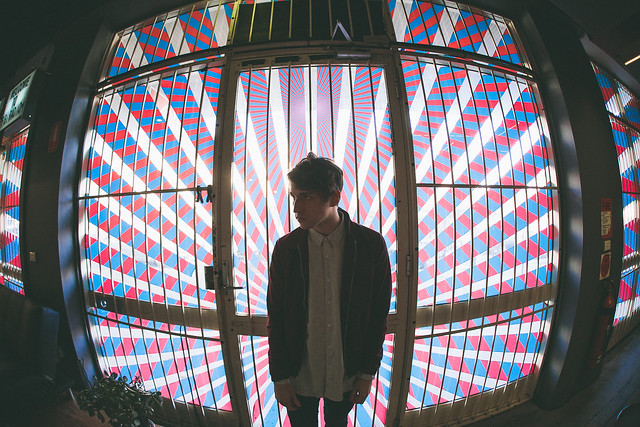 Porter Robinson has developed a new concept, Virtual Self. With this new identity, Porter revels in his love of early ’00s visuals to “combine three tropes from the period that didn’t overlap much at the time: digital abstract, arcane magic design, and digital grunge, all into a single early-aughts flavor.”

With a show at Echostage on Monday, Sept. 3, Porter will bring Virtual Self to DC.

The North-American Virtual Self Utopia Tour starts with a performance at Electric Zoo on Friday, Aug. 31, in New York and stops in DC only days later to immerse partiers in the sonic and visual threads of the ’00s.

Virtual Self recently revealed the technic-Angel edit of “Ghost Voices” called “Angel Voices.” Billboard said of the result, “The remix is brighter and more assaultive, in line with technic-Angel’s happier-hardcore style, but it still retains that eerie haunting feel and the delicious, abrasive percussion.”

Listen to “Angel Voices” a remix by technic-Angel of “Ghost Voices” by Virtual Self (all of whom are Porter Robinson) on YouTube:

The upcoming Utopia show combines two sets into one — one set each from Porter’s technic-Angel, followed by a mashing of gabber, jungle, and hardcore from Pathselector. All of this takes place on a set designed as a mutated 2001-era warehouse rave complete with custom lighting and stage production.

“People will be quick to notice that Porter’s commitment to the aesthetic is just as effortful as his previous live shows, and it’s safe to say that this will be the most unique show of 2018,” said a press release for the Virtual Self Utopia Tour.

In 2010, Porter burst onto the house scene with his single “Say My Name.” In 2011, he released his debut EP via OWSLA. Two years later at the age of 21, he signed to Astralwerks. In 2014, Porter released Worlds, a full-length album that included “Divinity” and “Sad Machine.” In 2016, Porter teamed with his friend Madeon for their successful single, “Shelter.”