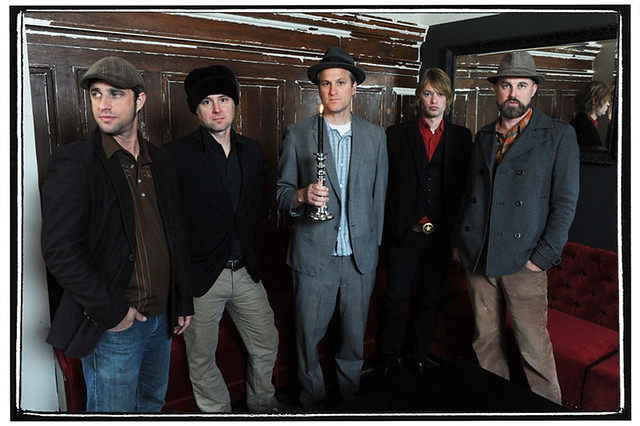 On Aug. 3, Cake released “Sinking Ship,” the lead single from their upcoming seventh studio studio album, and the band is now on tour. Vocalist John McCrea and his bandmates headline Merriweather Post Pavilion in a show with Ben Folds on Saturday, Aug. 18.

Cake releeased Showroom of Compassion, their latest album, in 2011, and it debuted at the top of the Billboard 200! Said Mark Deming for AllMusic, “Showroom Of Compassion, still finds John McCrea writing like he’s tossing off random thoughts as he struggles not to be overwhelmed by the voices in his head, and singing as if he’s waiting for that grilled cheese sandwich he ordered to finally show up.”

It’s a tone that fans of Cake have embraced since their earliest days. Watch the official music video for “The Distance” by Cake on YouTube:

“We believe in minimalism,” McCrea said. “Less is more. It’s just practical, the human ear is only able to process so much — which is a really Western way of thinking — but it’s something we really believe in. A lot of the music that I love has in common comes down to the songwriting and it helps to have a strong melody and words that create an atmospheric narrative,” John told Katie Cusack of The Alt in an interview last year.

Check out the distinctive stylings of Cake! Buy your tickets online.