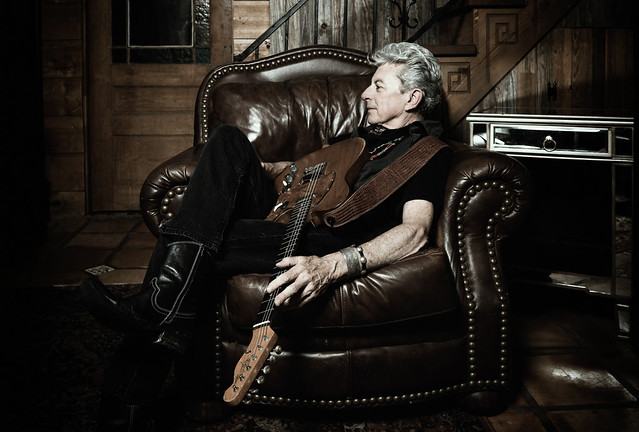 Genre-busting singer-songwriter Joe Ely has released a lot of material — solo and as a member of The Flatlanders and Los Super Seven — since his 1977 self-titled debut album. The legendary guitar slinger will perform with the equally eclectic Alejandro Escovedo at City Winery in DC on Tuesday, Aug. 21.

Joe released Panhandle Rambler, his most recent solo album, in 2015 via Rack ‘Em Records. Joe describes it as a very personal album. Although he lives in Austin, Texas, he often heads to his hometown of Lubbock, particularly when he’s writing.

“Somehow, just driving for hours down those country roads is still the best place for me finish my songs,” Joe said.

Listen to “Wounded Creek” by Joe Ely on YouTube:

“There is a sense of mystery to tracks such as opener Wounded Creek, which drops the listener into the middle of a story and ends without conclusion. Musically, the backing is often sparse like the landscape it was inspired by, with beautiful guitar playing throughout the album ranging from Teye Winterp’s flamenco to Lloyd Maines’ acoustic slide (accompanied by Joel Guzman’s accordion),” said Jon Harrington in a review of Panhandle Rumbler for Classic Rock magazine.