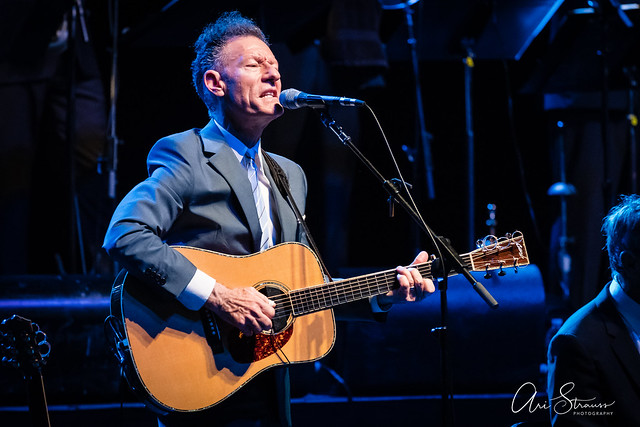 “Choke My Chicken.” So goes the refrain of “Farmer Brown/Chicken Reel” from Lyle Lovett’s album Natural Forces (2009/Lost Highway). Lyle and His Large Band played the song early in their set Friday during their annual appearance at Wolf Trap. If anyone in the audience didn’t already know that Lyle is a bit, shall we say, unconventional, this song certainly tipped them off.

As Lyle told the audience, his self-titled debut was released in 1986, which is notable for being the same year that Dwight Yoakam and Steve Earle also debuted. (Lyle got his first record deal after legendary Texas singer/songwriter Guy Clark heard and forwarded his demo tape, leading to a lifelong friendship. Before Guy’s passing, Lyle appeared with Guy, John Hiatt, and Joe Ely in what was billed as the “Four Horsemen.”) Lyle has said in interviews that he feels he was lucky to have been signed at a moment when country record executives were looking for something different, and they were signing acts that they wouldn’t have normally signed.

While Lyle’s recording career started — successfully — in country, he refused to stay in that box. His follow-up album, Pontiac (1987/Curb), from which he played the raucous “If I Had a Boat,” began to feature Lyle’s interest in blues and jazz. With Lyle Lovett and His Large Band (1989/MCA-Curb), Lyle explored blues and jazz even further, leaning into his Western Swing roots. From his next album, the R&B-tinged Joshua Judges Ruth (1992/Curb), Lyle played “I’ve Been to Memphis” and “Let’s Go to Church.”

Lyle and his band played a long show at Wolf Trap — two hours and forty minutes.

The gentleman sitting next to me and his wife were huge Lyle Lovett fans. At a past show, they told me, they had sat in the pit in front of the stage. They expressed concern that Lyle’s main singer, the gospel-trained Francine Reed, might not be there. They said they followed Lyle’s tour on Facebook, and they had noticed that Francine was not showing up on there this summer. She’s getting on in years, they said, and they were concerned that her health might keep her off tour.

Fortunately, Francine and her amazing pipes were very much on the tour, and they shined on a cover of Ida Cox’s “Wild Women.” Several other performers had their chance to shine, too, over the course of the evening, as the lengthy show saw multiple configurations of the band with featured and solo performances. Fiddle player Luke Bullock, who introduced Lyle and his band, had a hot solo. (The Guy Clark connection appeared here too, as Lyle prompted Luke to reveal that he had written the song at Guy’s home in Nashville.) Ray Herndon showed off his versatility on the electric guitar, playing rock, country, and jazz styles with equal skill.

Lyle had a particularly entertaining exchange with his cellist, John Hagen, who has been with him for more than three decades. We learned that John was, in the late ’60s, in a band called “Charlie Brown and the Peanuts” — and he was not Charlie Brown.

As my neighbors in the audience said, Lyle is a fantastic example of Americana music. He eclectically mixes genres with the themes in his music pushing the boundaries of those genres. He makes the music he wants to make — and it’s good music, loved by passionate fans who know a good thing when they hear it.

And when they see it! Here are some pictures of Lyle Love and His Large Band performing at Wolf Trap on Aug. 10, 2018. All photos copyright and courtesy of Ari Strauss. 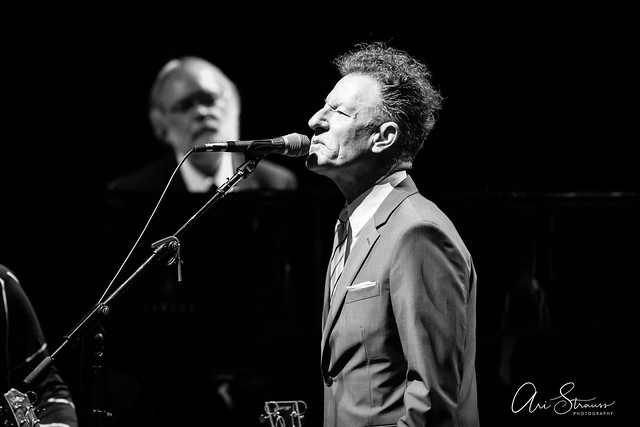 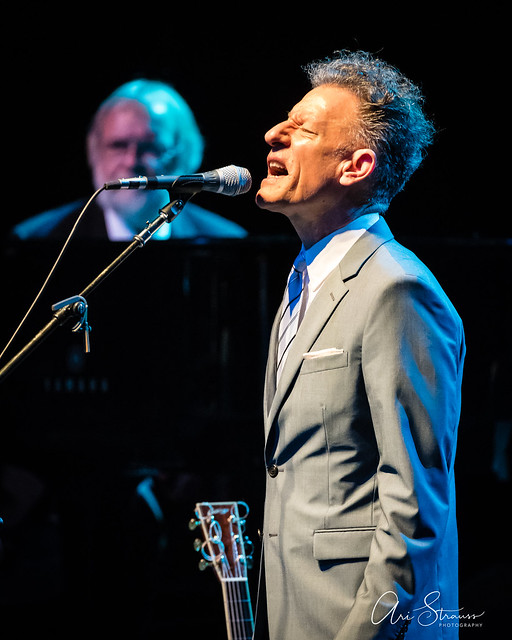 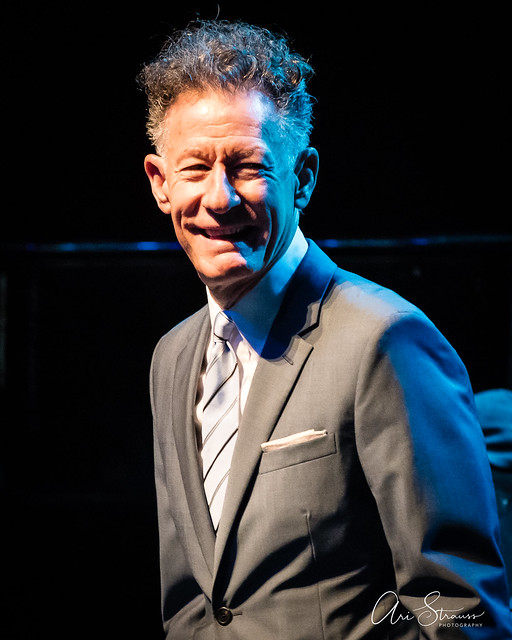 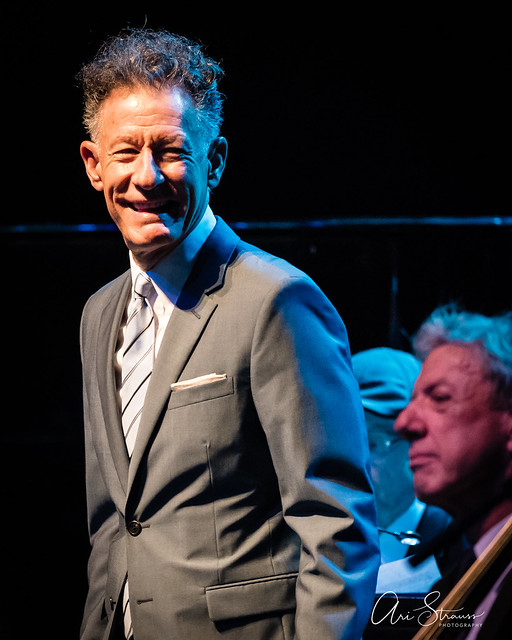 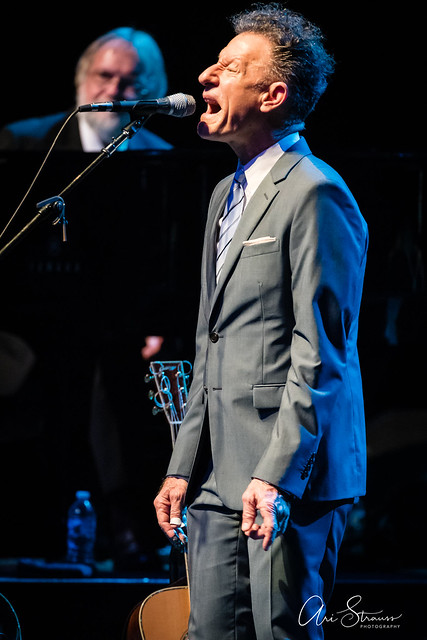 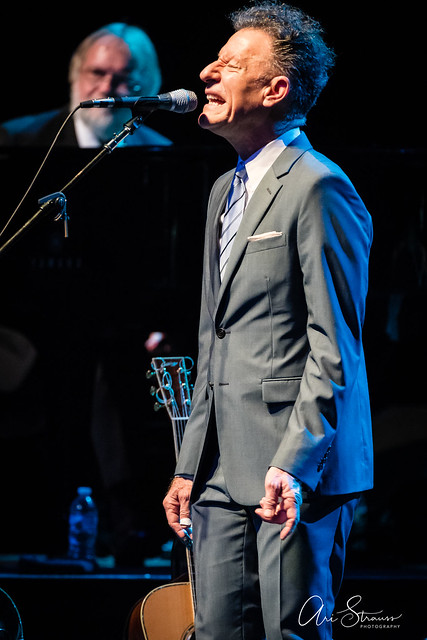 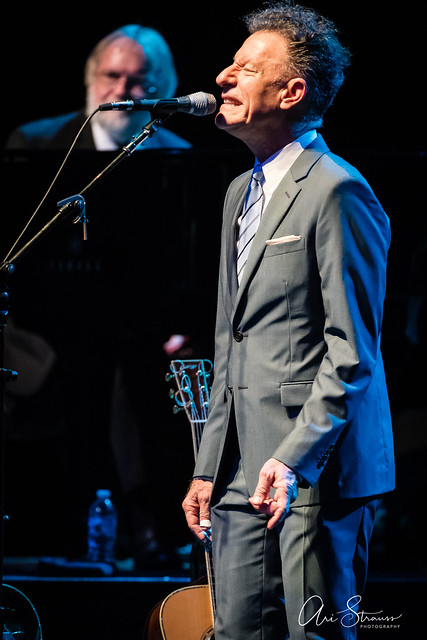 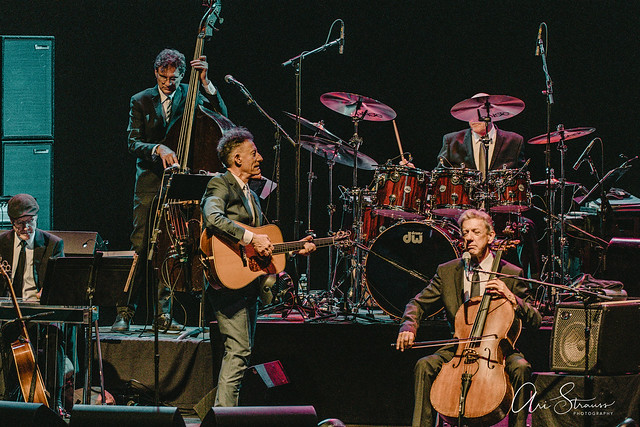 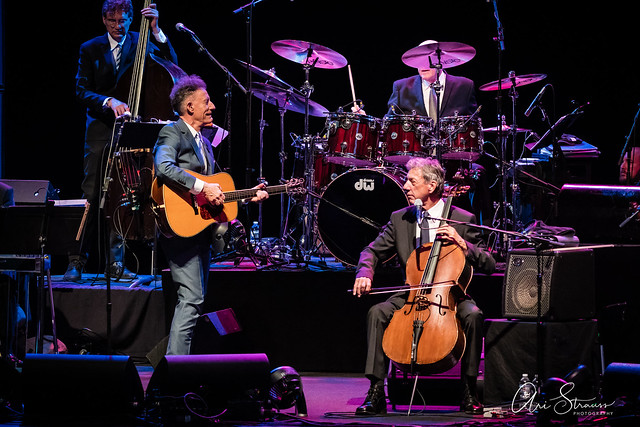 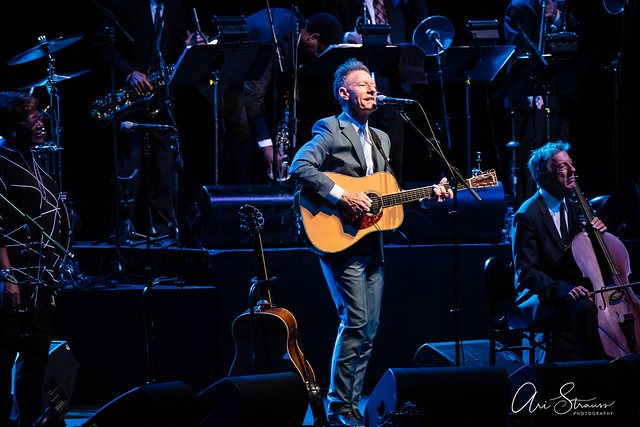 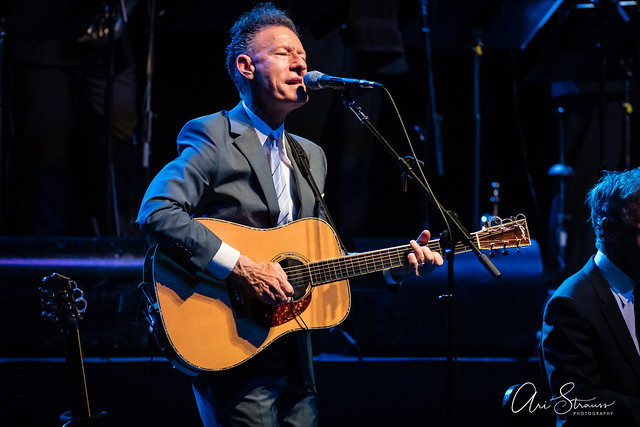 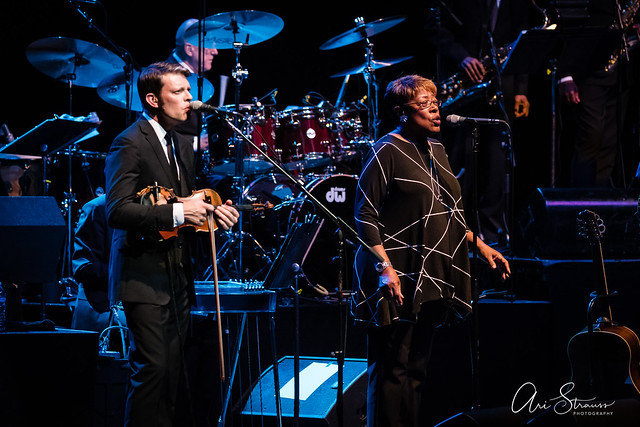 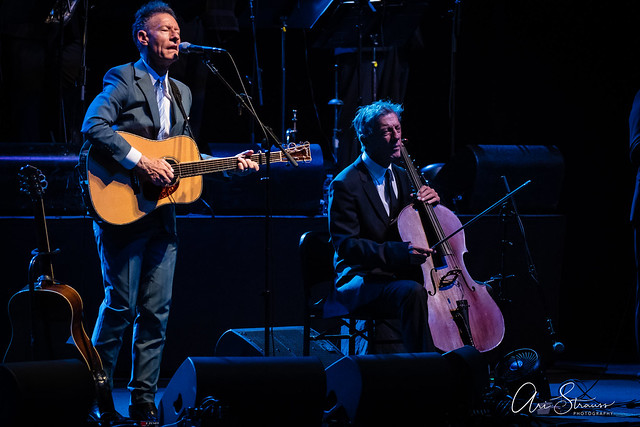 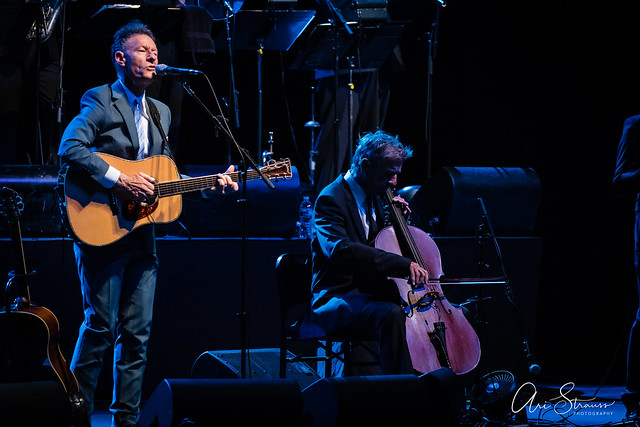