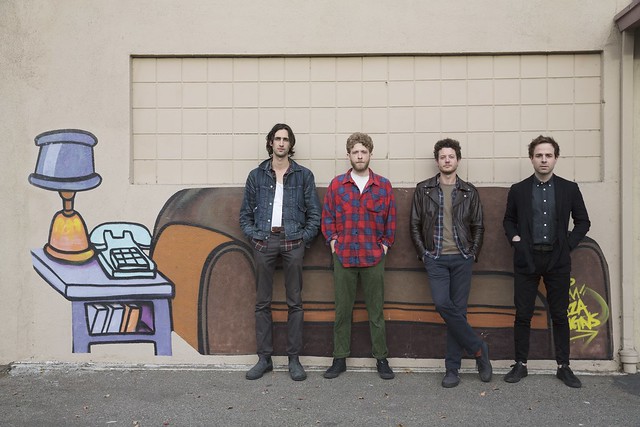 L.A. folk quartet Dawes released Passwords, their sixth studio album, via HUB Records on June 22. The band has embarked on An Evening With DAWES: Passwords Tour, which will arrive locally at Wolf Trap on Thursday, Aug. 23.

“Passwords comes from a line in ‘Living In The Future’: ‘It’s the battle of the pass-words,’” Taylor said. “So there is a slight political implication — the idea that something so seemingly innocuous and frivolous can potentially shift the direction of a life or even a country. But more broadly than that, a password — this series of numbers, letters, and figures — serves as a thin veil between a world you can see and understand, and one you can’t.”

He added: “That means songs can be passwords, too, because they’re a means of giving access to someone else’s perspective, thereby elaborating your own. Songs can unlock something in you, change something, tighten something, enlighten some-thing, or gain access into deeper corners, and that idea makes referring to a collection of songs as Passwords feel really good.”

Watch the official music video for “Living in the Future” by Dawes on YouTube:

Passwords is the Dawes’s highest charting release to date, and along with debuting at #9 on the Billboard Top Album Sales Chart.

Variety hailed Passwords as an unabashedly romantic album, as Taylor has mellowed in his love of fiance Mandy Moore.

“Some fans might make a choice for the louder melancholia of some of Dawes’ past records, and for Goldsmith’s old Hollywood unease over his Pasadena serenity. But as it turns out, he makes about as good a re-enfranchised romantic as he did a disappointed one,” wrote Chris Willman in Variety’s review.