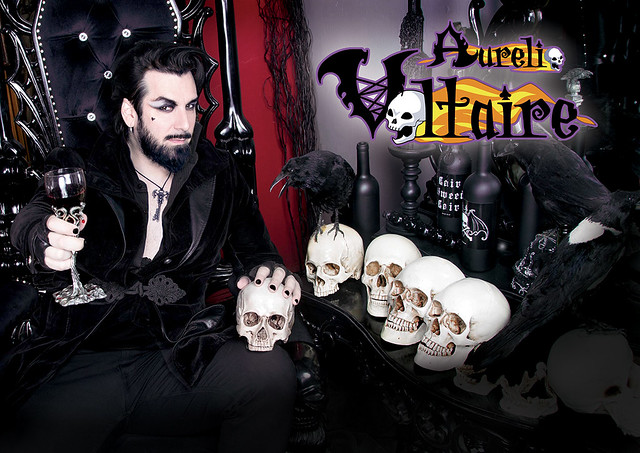 Aurelio Voltaire Hernández is a man for many seasions — singer, songwriter, and musician but also animator, artist, and professor! In a review for the Grim Tower, Eric May praises the passion of Aurelio’s latest album.

“Aurelio Voltaire decided to pull off something completely different and out of character this time around, opting for something that feels less like what we’d expect and more like those that inspired him. The end result is nothing short of memorable, even though it could be an arguable emulation. Even so, Heart Shaped Wound may very well be one of the best album I’ve heard from the man since Almost Human,” Eric wrote.

Listen to Heart-Shaped World by Aurelio Voltaire on Bandcamp:

Over 20 years, Aurelio has penned dark goth songs like “Zombie Prostitute,” “Cannibal Buffet,” and “Vampire Club.” And he may be best known for “When You’re Evil” (from 1999’s debut The Devil’s Bris). His song “Brains!” (from 2002’s Boo Hoo) recounts an evil meteor hungry for human brains, and it was featured on the Cartoon Network show The Grim Adventures of Billy and Mandy.