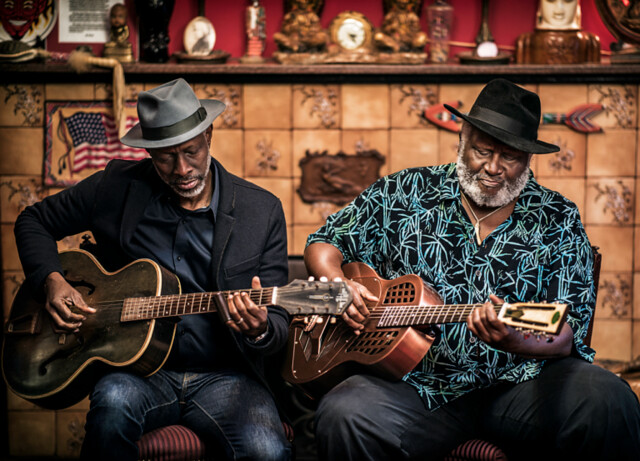 Kevin Roosevelt Moore, better known as Keb’ Mo’, developed a post-modern blues sound, influenced by folk, jazz, rock, and country since his self-titled debut album in 1994. He published BLUESAmericana, his most recent solo album, in 2014 via Kind of Blue Music before teaming up with Taj Mahal to release TajMo in 2017.

Blues legends Taj Mahal and Keb’ Mo’ stopped by the Paste studio on Aug. 14, 2017. Watch their live performance on YouTube (note again Keb’ Mo’ is performing solo at The Birchmere):

In a review of BLUESAmericana for AllMusic, Stephen Thomas Erlewine observed Keb’ Mo’ pitches a big tent for the blues.

“It’s clear Keb’ Mo’ has a broad view of the blues, seeing it as the backbone of American music, a generous definition he makes plain on BLUESAmericana. As the record rolls through its ten tracks, it amiably drifts across the country, touching upon the careening New Orleans stomp of ‘Old Me Better’ as well as the soulful thrum of Memphis on ‘For Better or Worse.’ Keb’ Mo’ takes plenty of stops along the way, favoring a bit of Chicago grind and low-key Texas shuffles, but usually he pours it all into a relaxed, friendly groove that leaves plenty of space for his warm, cheerful vocals,” AllMusic stated.