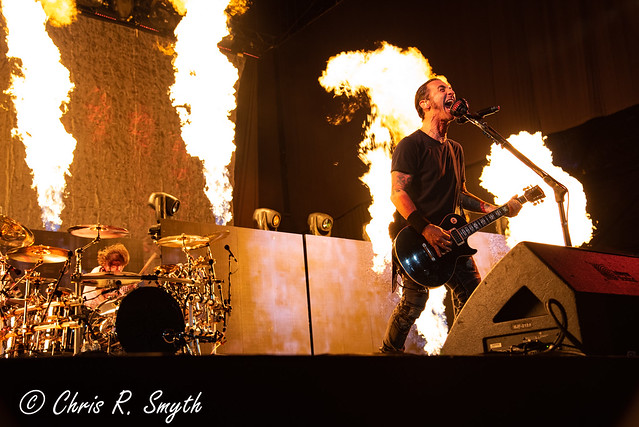 The deep drumming that opens the title track and first song on the new album, When Legends Rise, immediately fills you with the sense of impending doom, as many Godsmack songs tend to do. This made for the perfect opening song for Godsmack’s performance at Jiffy Lube Live on Sunday. A quick transition into a heavy guitar riff, and 15 seconds into the night, there is no doubt that Godsmack has put forth another powerful, rib-crushing album.

Many Godsmack songs sound like they should be the soundtrack to a movie where people are fearfully entering a dark cave, afraid and unsure of what mayhem and debauchery lies before them once inside. On this night, that cave was the amphitheater in Bristow, Virginia, and all who entered were feeling the effects of heavily distorted guitars, and a rhythm section that enchanted you with deep grooves, before caving in your chest with raw power.

The energy in the building was what one would expect from a band that demanded everyone “Take It to 1000 Horse Power.” On stage, Godsmack delivered major hits from a career that has spanned more than two decades. “Voodoo” and its trance-inducing drums and bass line had everyone under a spell and singing along. Fan-favorites “Whatever,” “I Stand Alone,” “Keep Away,” and the title track off their sophomore album, Awake, which ended in an explosion of fireworks, were all met with massive applause from an audience that lead singer Sully Erna called “possibly the best crowd on the entire tour.”

In what has become a signature moment of any Godsmack concert, halfway through the show the band brought out a second drum kit for Sully to join Shannon Larkin in a drum-off. After prolonged harmony from the two drummers, the drum kits turned to face the crowd, and the band broke into a quick montage of instrumental covers that spanned hits from bands like Queen, Beastie Boys, and Metallica, just to name a few. Later, the band from Boston invited Shinedown guitarist Zach Meyers onto the stage to help play a full cover of Joe Walsh’s “Rocky Mountain Way.”

While those who entered the cave that night all made it back out safely, they left with the memory of a show that won’t soon be forgotten due to great heavy metal, pyrotechnics, and possibly, the effects of little Voodoo.

Here are some pictures of Godsmack performing at Jiffy Lube Live on Aug. 19, 2018. All photos copyright and courtesy of Chris Smyth. 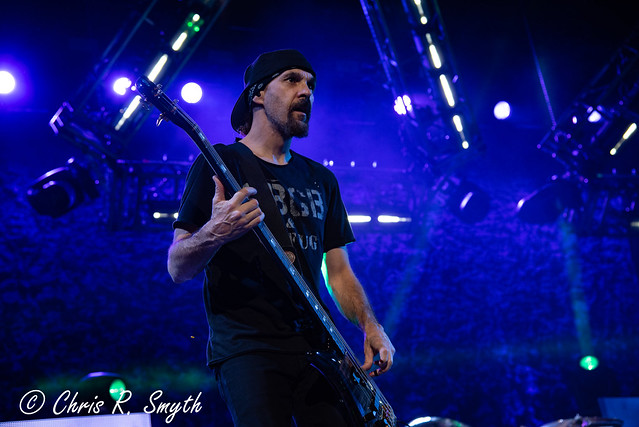 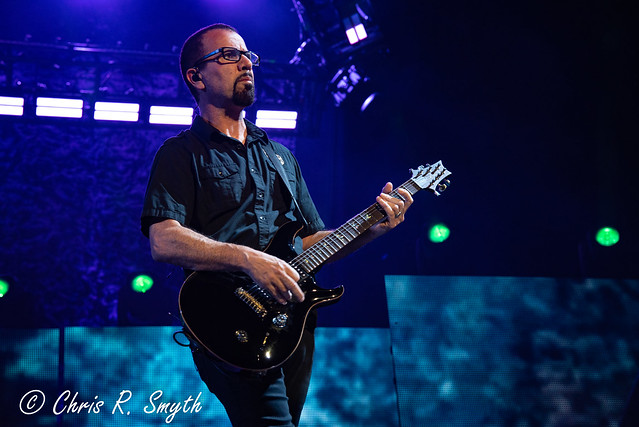 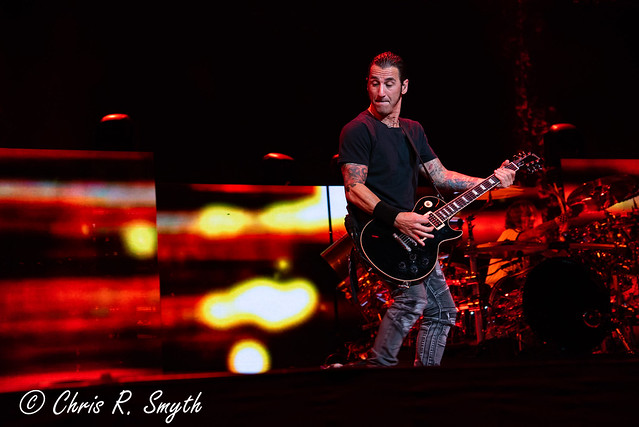 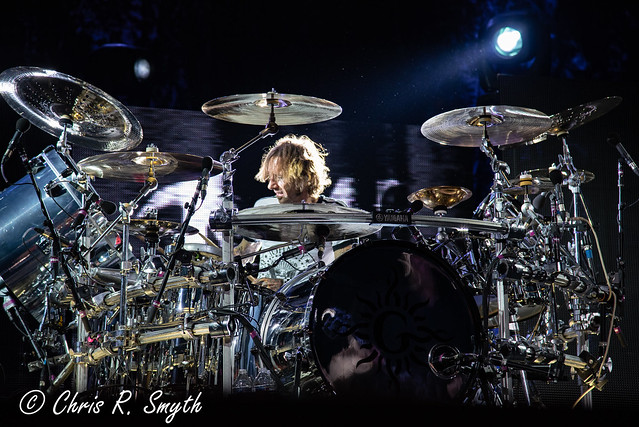 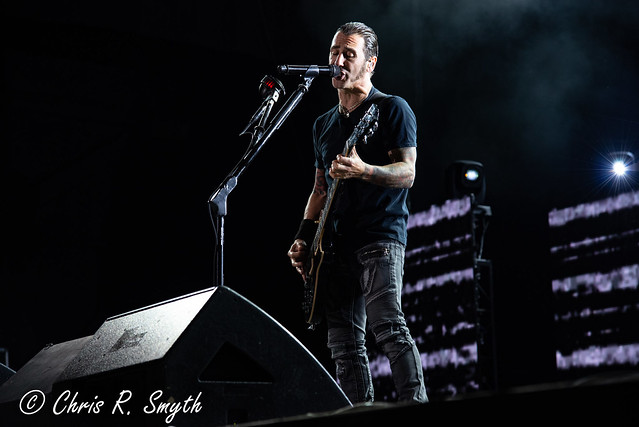 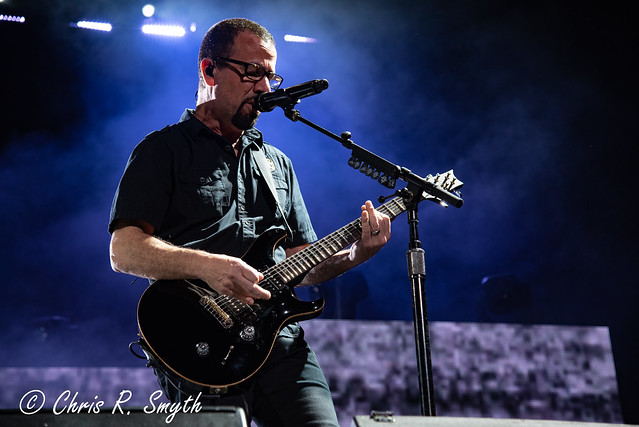 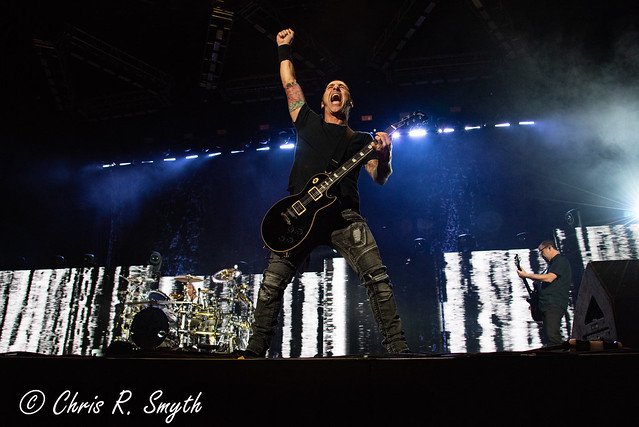 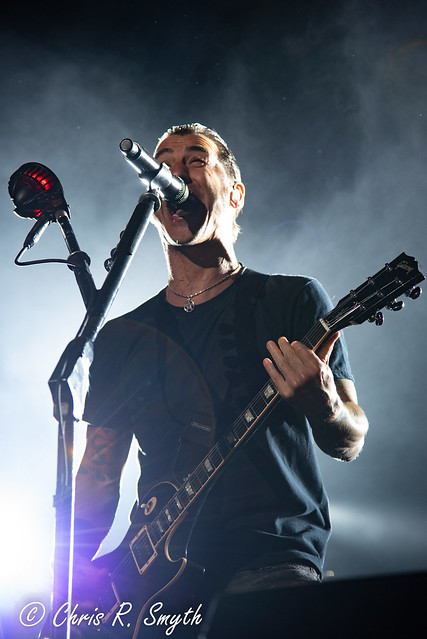 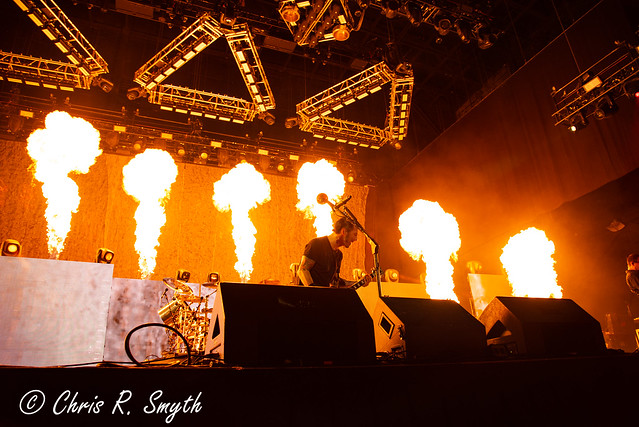 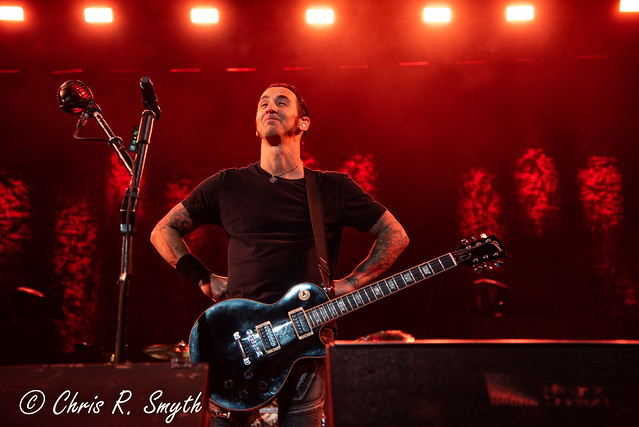 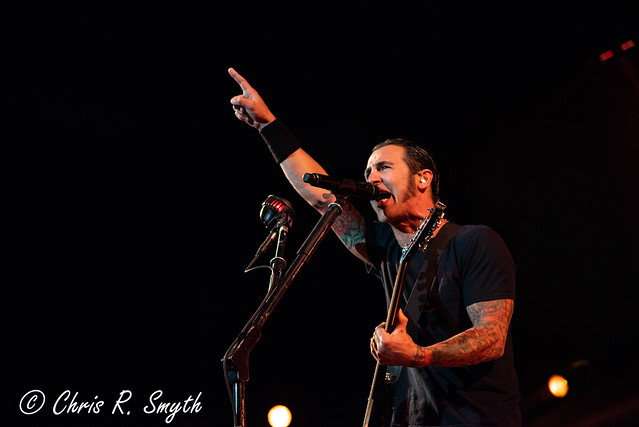 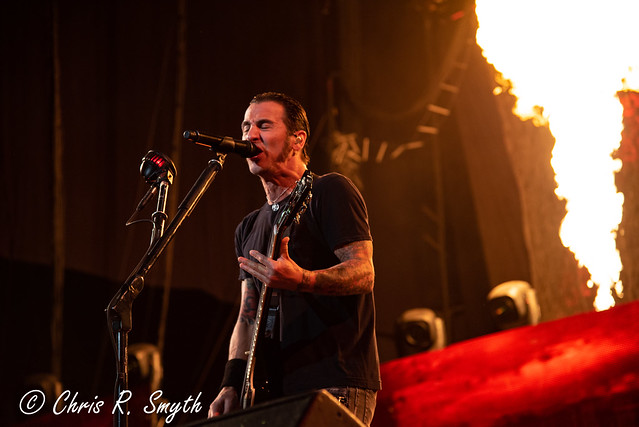 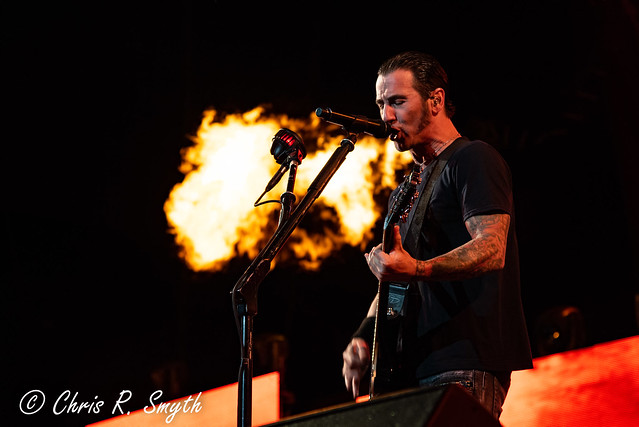 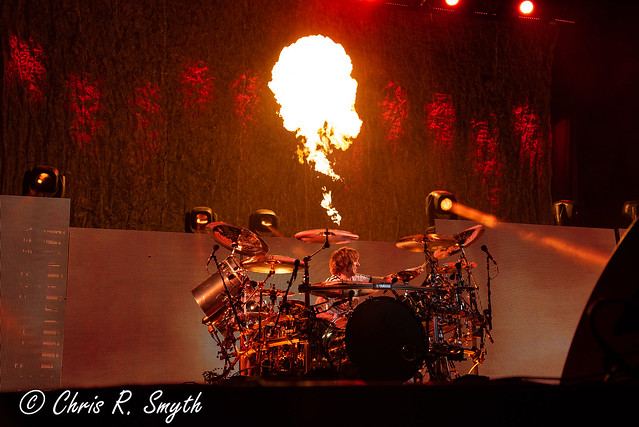 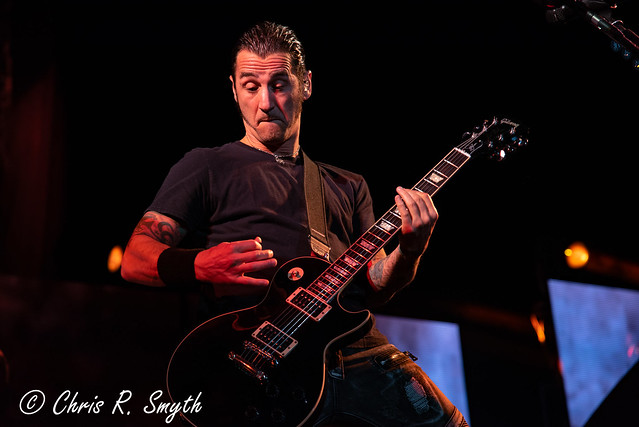 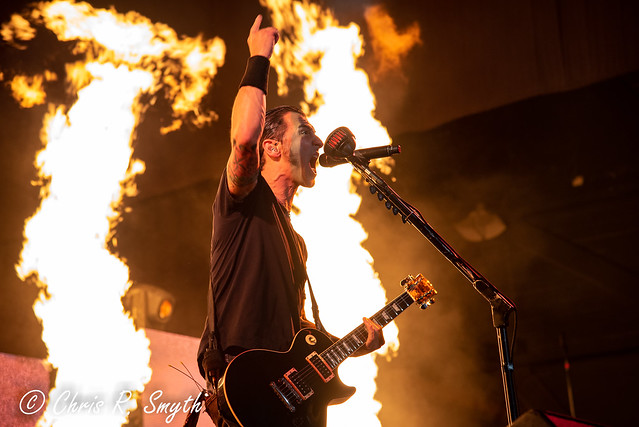 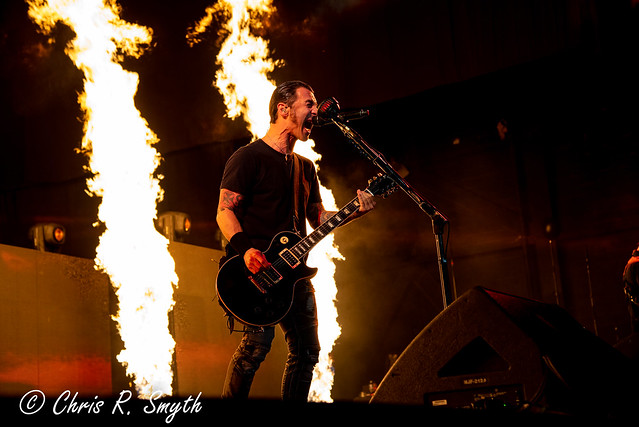 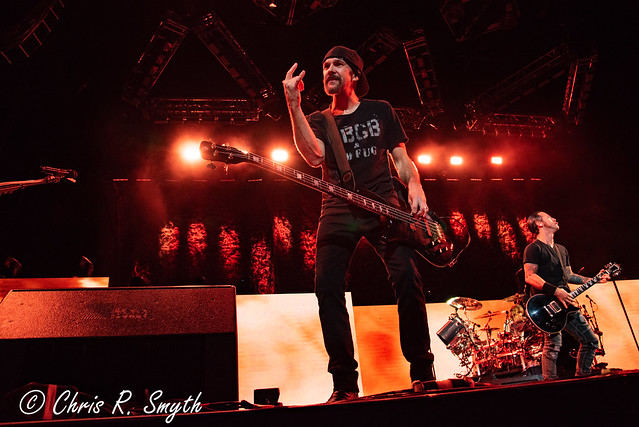